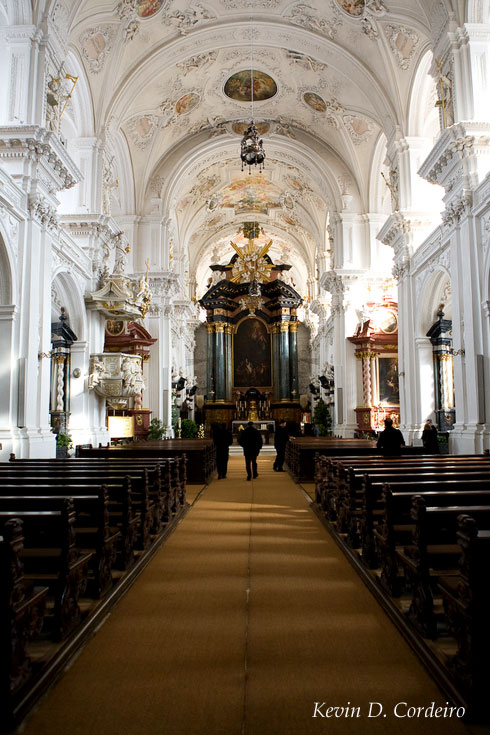 The interior of the catholic Schönenberg Church in all its baroque glory. The lengthy and massive carpted aisle to the altar greets both faithfuls and visitors alike upon entering the church.
Photo for CMC by Kevin D. Cordeiro © Singapore 2009. Portfolio at modelmayhem.com. Kevin’s portfolio includes weddings, fashion shows and portraits

In this previous post, Kevin took you on a photographic tour of the outside of the Schönenberg Church in Ellwangen, Germany. In this post, he’ll take you through a photographic journey inside the baroque Catholic Church.

The most beautiful Baroque piece of architecture in Ellwangen is a work by architect Michael Vorarlberger Thumb, who worked under the direction of the Jesuit Henry Mayer in Schönenberg 1682 – 1695. Thumb’s design had great influence in many churches, especially in Upper Swabia) 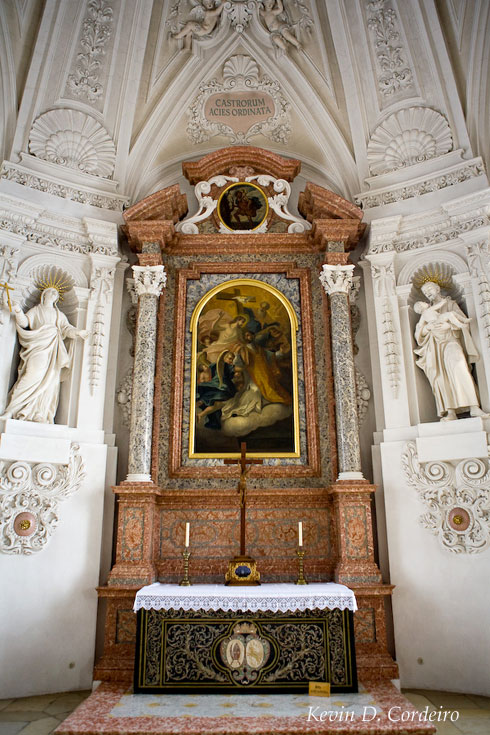 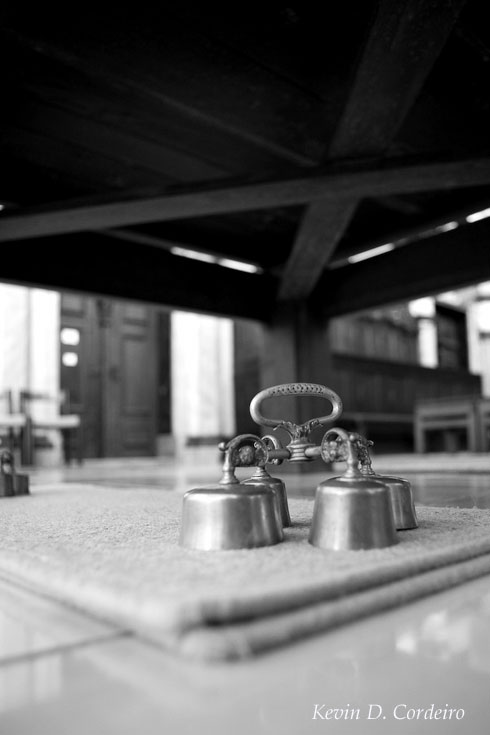 The Sanctus bells used during the consecration at mass.

In traditional Catholic practice, these altar bells are rung only at the Sanctus and at the elevation of both Species during mass. This brief euphony of bells that ring through the silence of this period during mass is an invite to the faithful to the act of adoration at the Consecreation. Such bells are used even in small chapels. 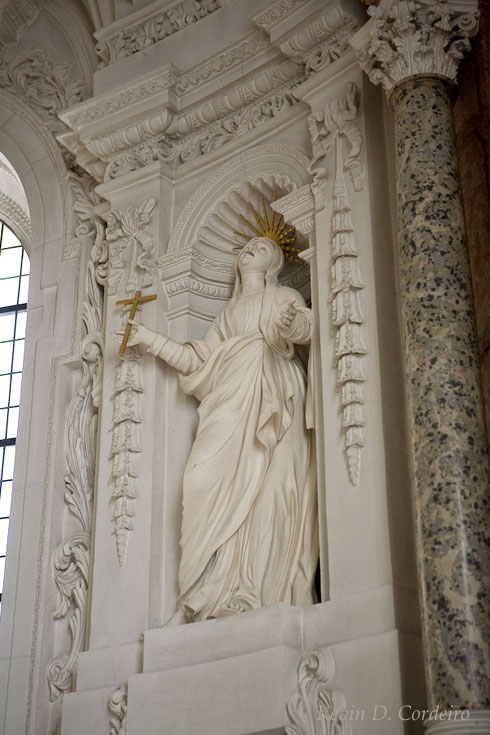 Statues of golden haloed Saints in creamy white adorn both the interior of the church and the grounds on the outside of the church. 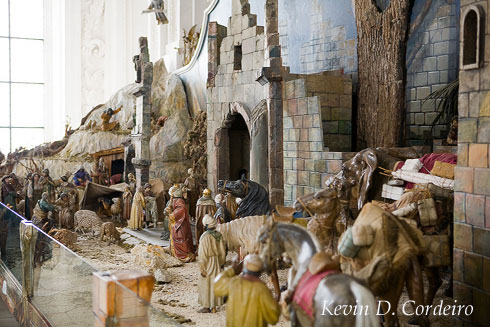 A massive and intricately made Nativity scene has been standing in the church for more than 100 years. 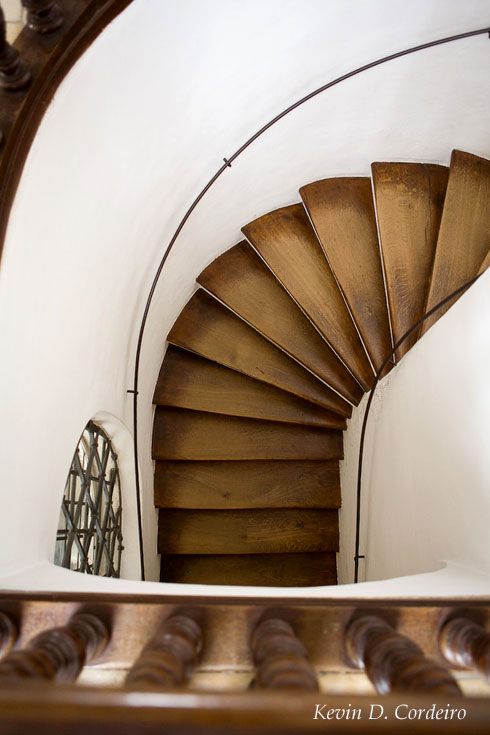 A staircase of wood, worn softly rounded by the steps of the faithful leads up to the second floor of this pilgrimage church. 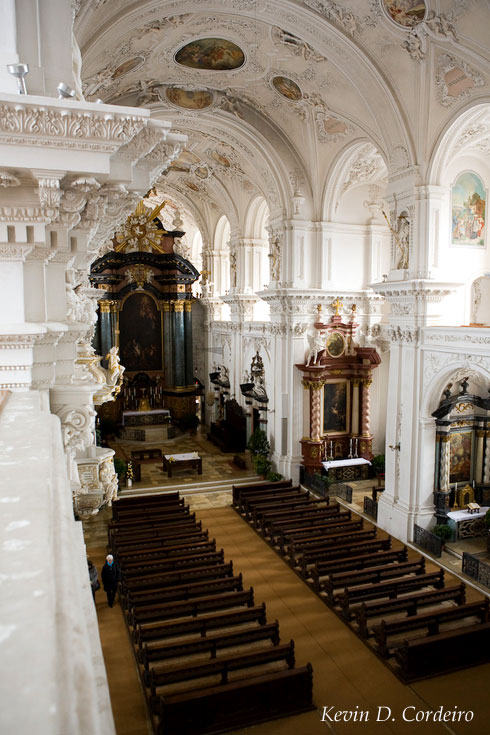 A view of the main aisle from the top. 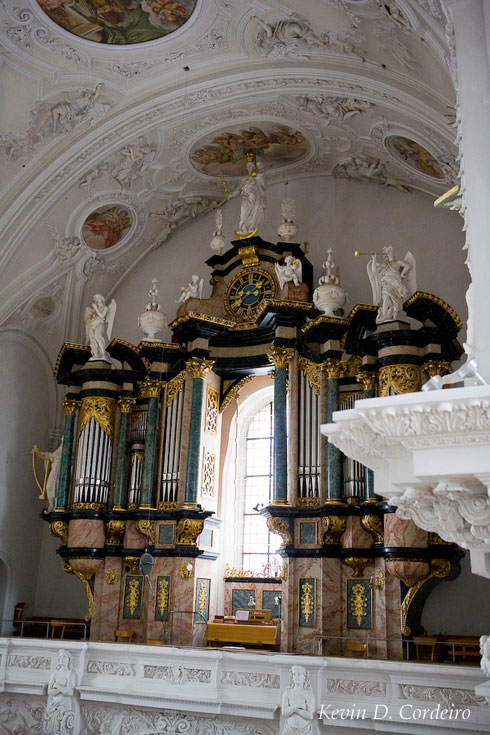 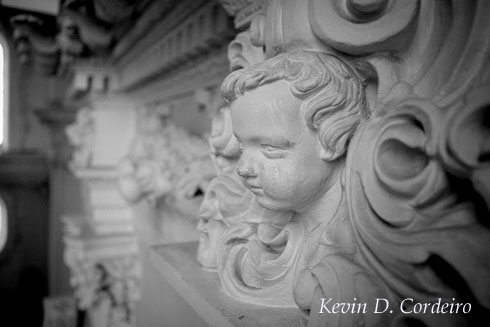 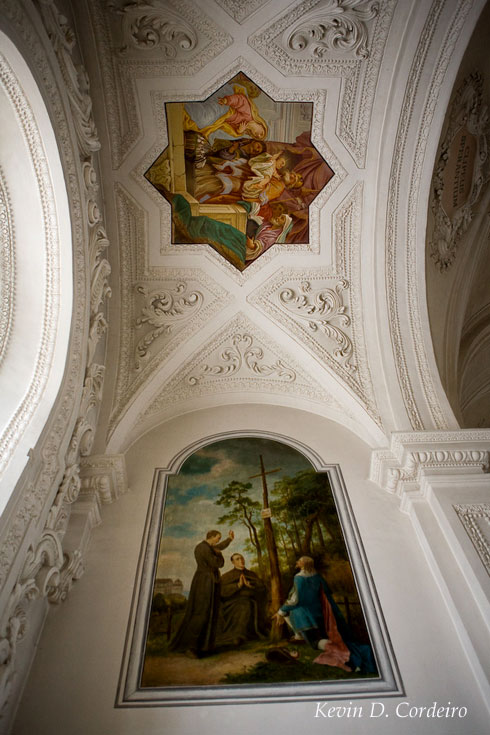 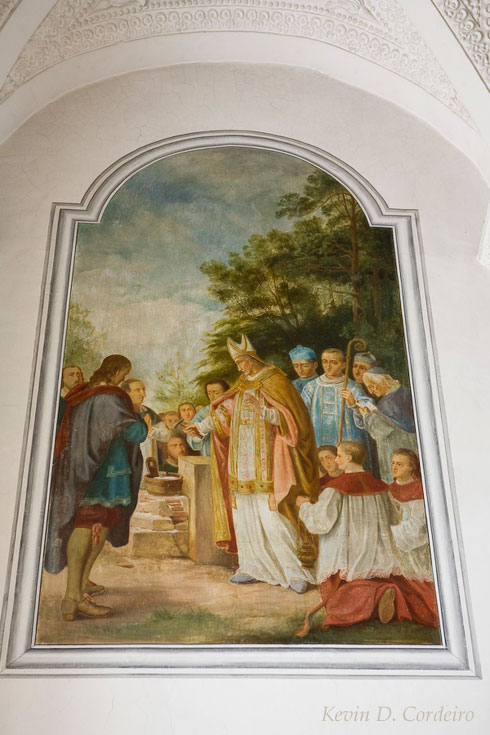 One of the numerous paintings adorning the walls of this church. 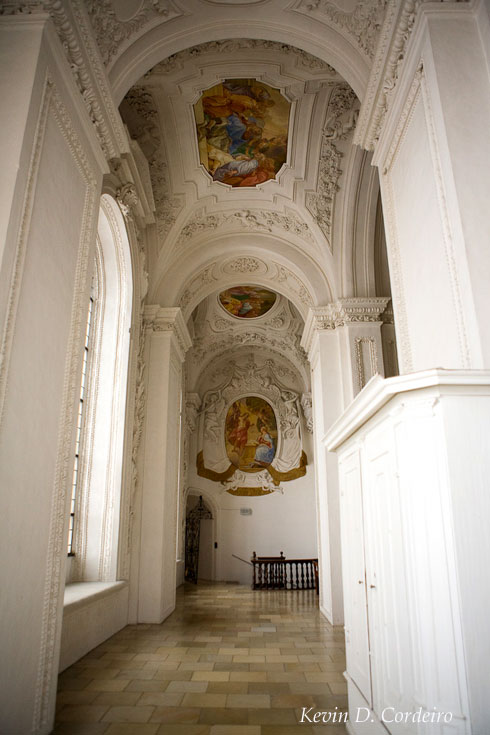 On the second floor of the church, headed towards the staircase.

Back outdoors, on Church grounds 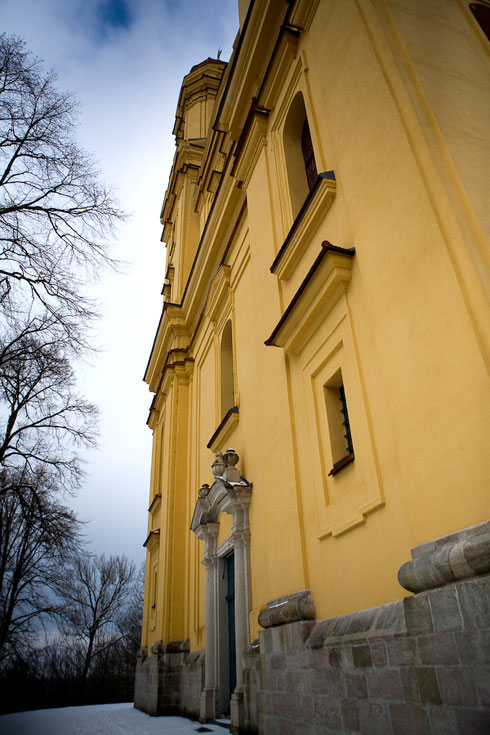 The Church: a stoned refuge for the soul

The humble yellow walled exterior of the church that leads to architectural genius. 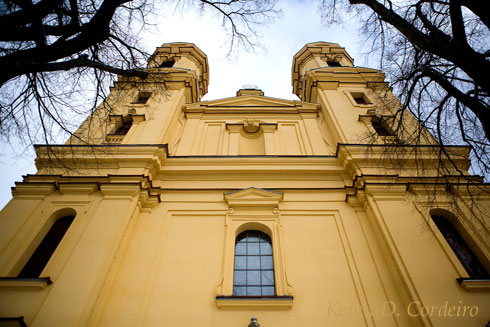 A mathematical symphony of symmetry 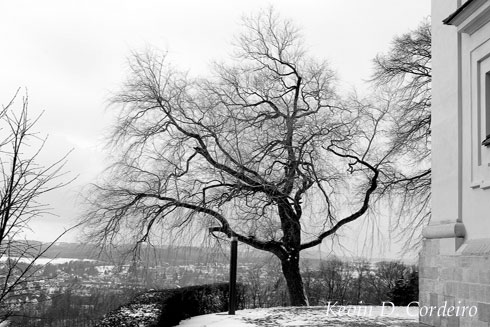 A wintry postcard from the grounds of the Church, Ellwangen. 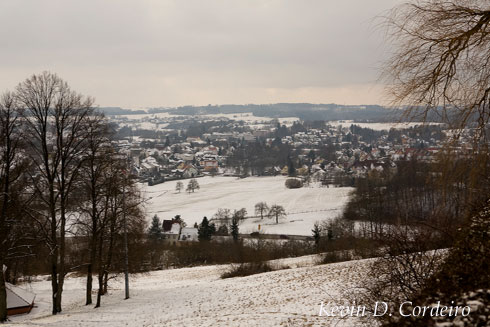 A view of Ellwangen from the Schönenberg Church.

As the Schönenberg Church sits atop a 530m climb, it offers quite a spectacular view of the town that is well known for its historical buildings.