Processes behind a Chocolate Hazelnut Spread 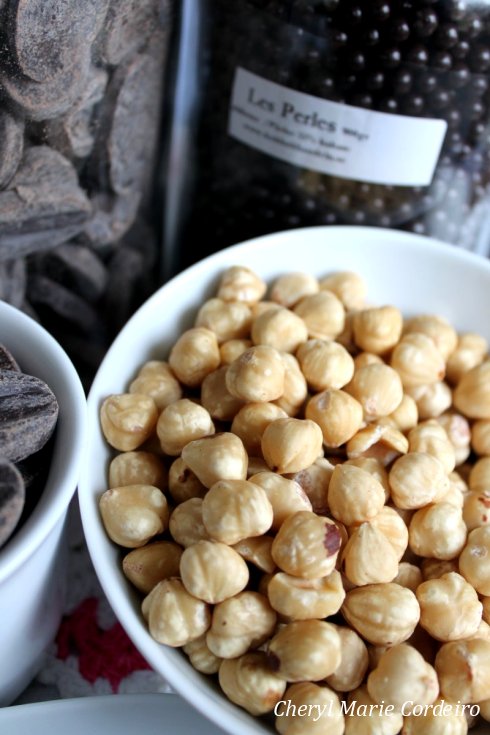 Hazelnuts… the beginning of some decadent comfort in the kitchen.
Photos JE Nilsson and CM Cordeiro Nilsson © 2011

In the overlapping realm of academia and education management, time to reflect on daily activities and events, makes a large part of the learning process. Whether on your own or in a group, this time aside is specifically to encourage the exchange and innovation of ideas. And for me, I find spending time in the kitchen, in the process of cooking – chopping, pounding, stirring – most therapeutic and self-pertaining to the extent that it gives me that much needed reflection time, sometimes admittedly, at the cost of the final dish. But in academia, it works.

It’s weekend and the household would decidedly look more inviting with a few jars of chocolate hazelnut spread complementing the dark oiled kitchen counter. And in the midst of chopping, grinding, melting and stirring some of the most decadent chocolate bars into a smooth molten concoction, I pondered the varying values management in organizations through glasses tinted Swedish blue and yellow. 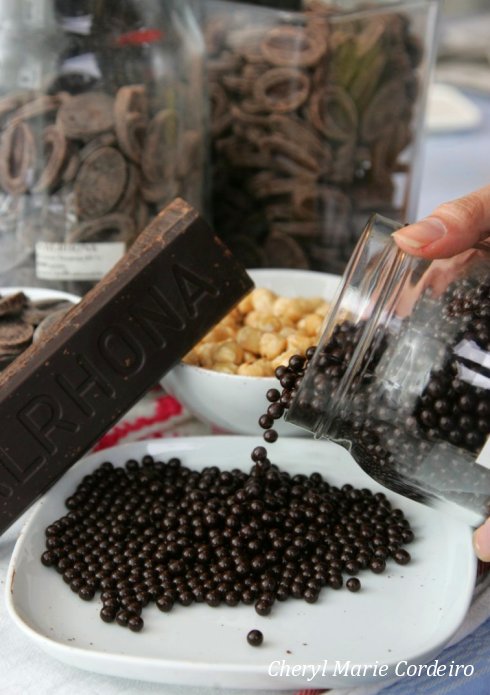 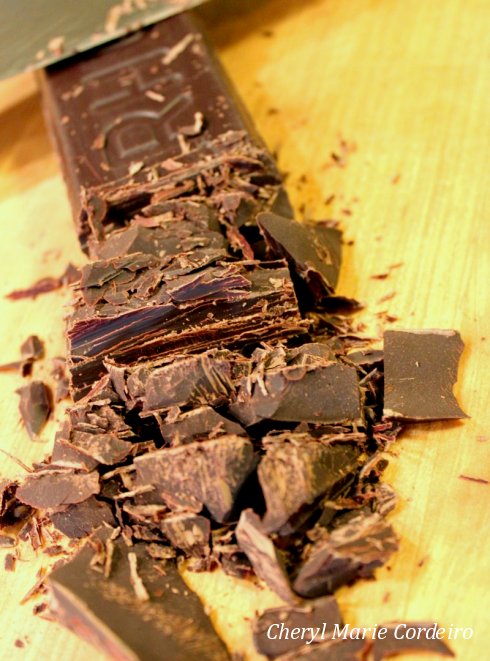 The delicate aroma released in the chopping of this chocolate bar was simply intoxicating!

Despite Sweden’s location in the northern outskirts of the world, Sweden is global forerunner in terms innovation, the country being an innovative base to a considerable number of large international corporations. Still, a recurring and poignant point of address in Sweden for executive education management when working on a global platform is: how are different sets of values, both cultural and organizational, shared and transmitted into different contexts, from Sweden to Singapore , or from Sweden to China? And, can the success of such sharing and transmission of values be measured or benchmarked in organizations across cultures? 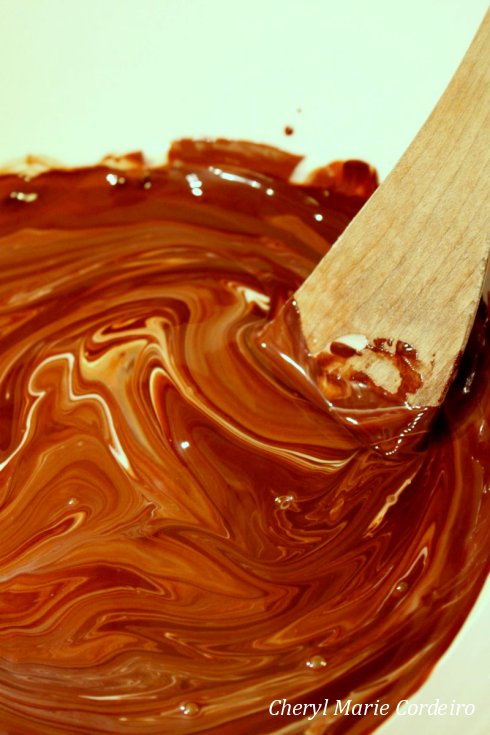 This swirl calls to mind a Yin-Yang theory of management currently on my reading list.

On the first question, observations through my years of research and now at work, indicate that people cannot help but be culture bearers wherever they are, representing and espousing many of the values recognizable to Others as what is Swedish or Singaporean or Chinese etc. At its simplest, transfer people who are in themselves culture bearers to the foreign context. And this is why the growing number of expatriates working abroad in foreign subsidiaries at top level management or in fact, the general trend reported by ITPS on how the number of Swedes working in Swedish companies abroad today exceeds those working in Sweden. 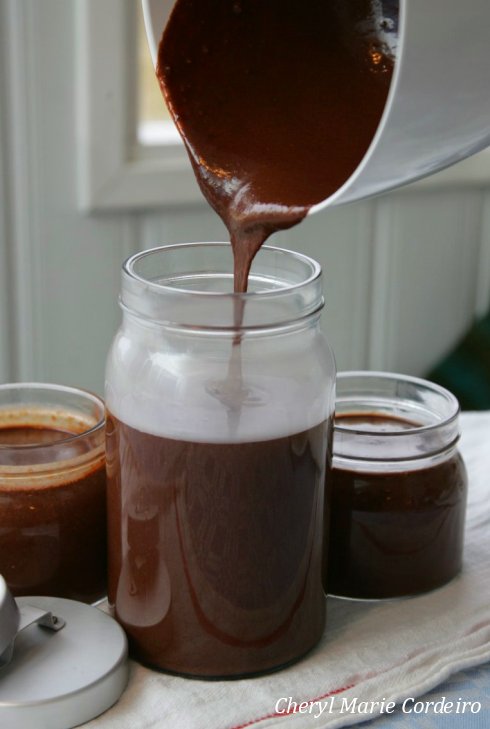 The grinding of hazelnuts, melted chocolate and oil produces a certain heaven in just about twenty minutes.

For Swedes and their resulting management style that is a field of academic study on its own, this is a set of loosely held together values that though not carved in stone, would still be on the whole, recognized by most Swedes as the natural / appropriate way of doing things. Two of numerous defining characteristic traits for example, would be consensus seeking and effecting a lateral hierarchic organisation.

Jokingly one could say that these traits were inherited from the Scandinavian Viking longboats where the Captain was likely to have been a part of the crew, and who would have taken an equal part in business activities. When working with such a small organisation as a ship’s crew it seems likely that one would have needed to decide in advance exactly what to do and in which order to raid, pillage and burn for example. Anything except a full consensus supported by everyone’s conviction of the organization’s goal in advance of action would probably have spelled immediate disaster and subsequent failure of the plan. 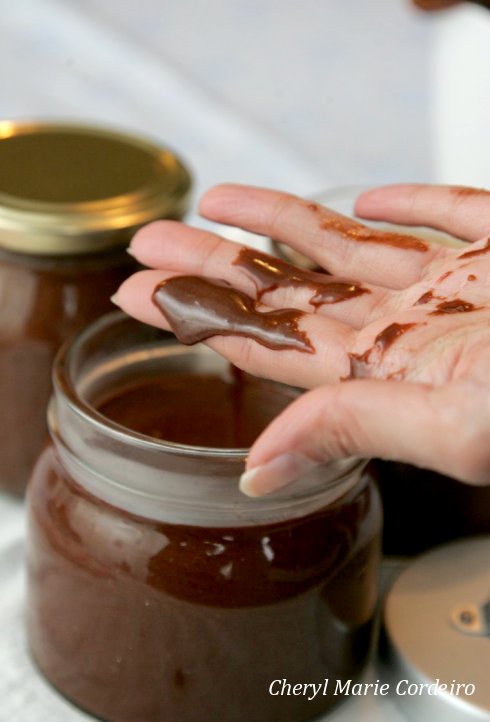 The second question of how much Swedish culture / values is transmitted abroad and to what extent can they be measured, and be said to be successful is the more difficult to concretely pinpoint and quantify. To that extent, I understand that even negative feedback from Singaporeans after having worked in a Swedish managed organization in Singapore, bemoaning the fact that they can no longer work in a company with too many levels of hierarchy inherent in its structure, is a positive sign of the Swedish influence.

But to taxonomize and quantify the success factors themselves, which eventually limits the results to certain contexts and purposes, I think I will need at least another cooking project.

One thought on “Processes behind a Chocolate Hazelnut Spread”