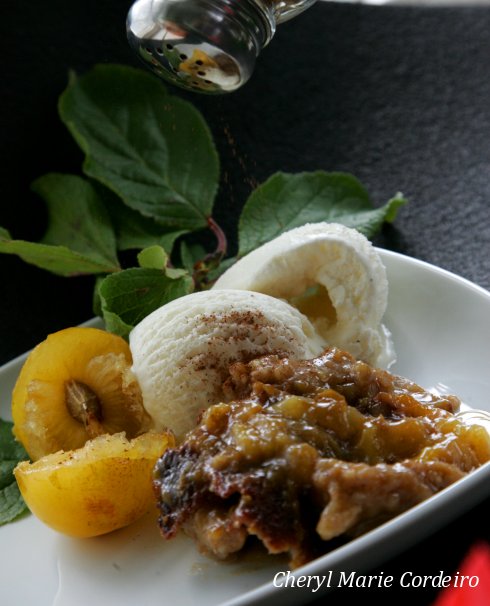 A couple of years ago, heavy rains during the late spring and early summer along the Swedish west coast meant that the plums on the tree suffered in terms of harvest. Similar heavy rains this summer kept us holding our breaths till when the plums were ripe for the picking, even after careful pruning of the fruits so that each had room to grow. 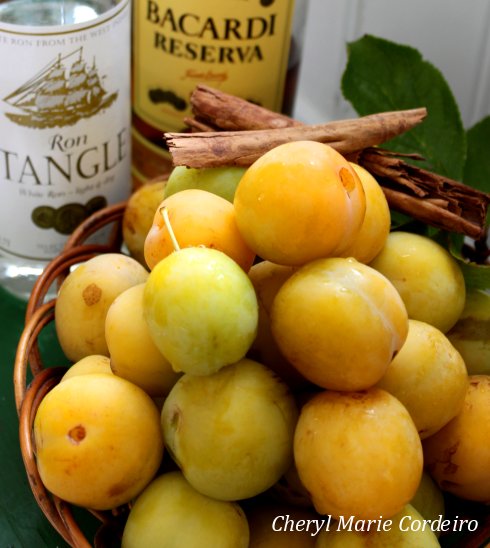 Plums, in from the garden, late summer / early autumn.

But to our relief and delight, the plums sat happy, large and heavy in early autumn, just waiting to be turned into one or another delicious concoction at home. We had three pickings all in all, for different plum projects, and in this post, plum cobbler with rum. 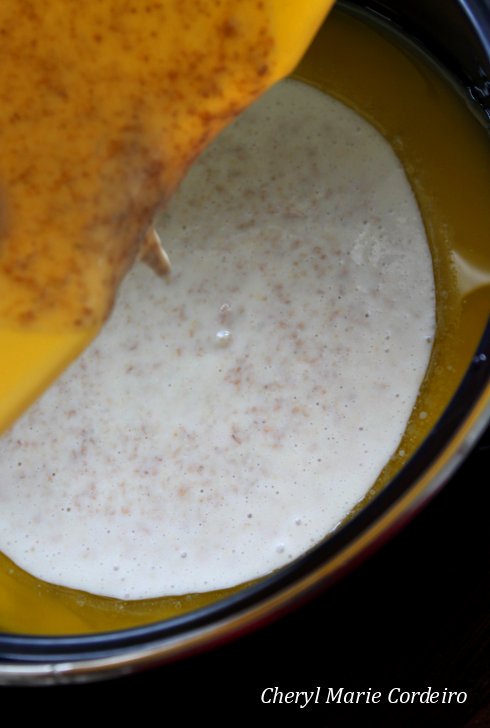 I think cobblers are one of the easiest, no fuss dishes to make since it requires minimal effort and you needn’t take too strict measures on the ingredients going in. In my great-grandmother’s words, everything that goes into this dish can be done, agak agak or by estimation, as you like it.

And with that in mind, we went about making the plum sauce / jam and the cobbler batter, combining the two in an oven safe pot and baking it at a low 150C for just under an hour till the top turned golden brown. 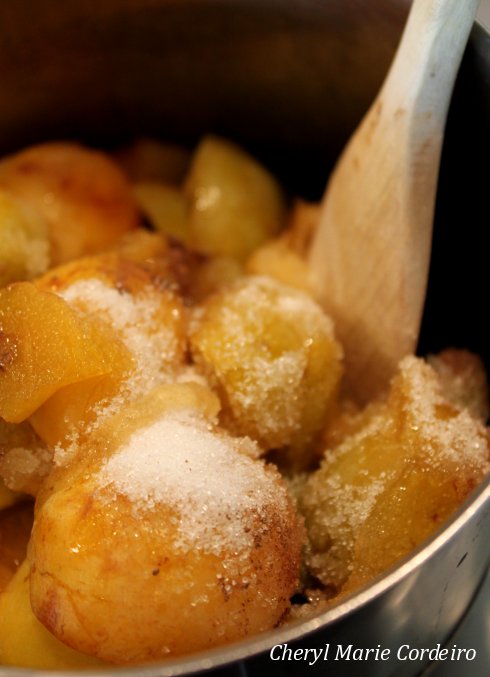 Plums in pot, with sugar and spice. 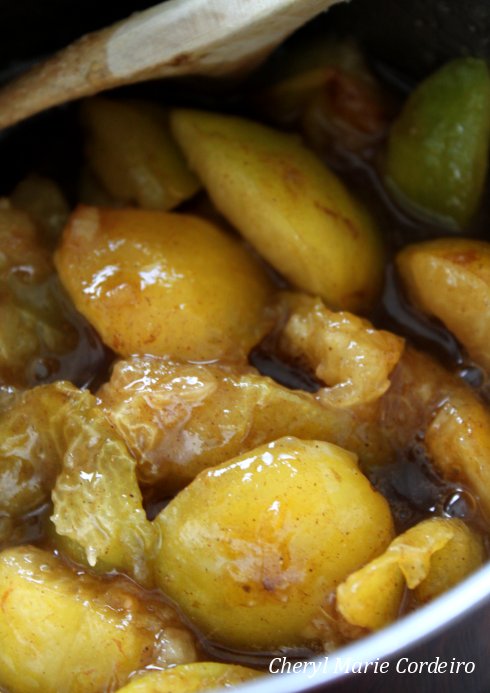 Plum jam, with a final lacing of rum.

I believe at the end of this particular plum harvest, there was a cobbler sitting warm till the next fika, with the extras of cooked plums going into lidded jars, kept as jam preserve for the next plum required project.

With a little lemon zest incorporated into the plum sauce and a final dash of rum, we’ll be looking forward to some decadent dessert evenings to come, enjoying in fact, the turning of the seasons at this time of year.