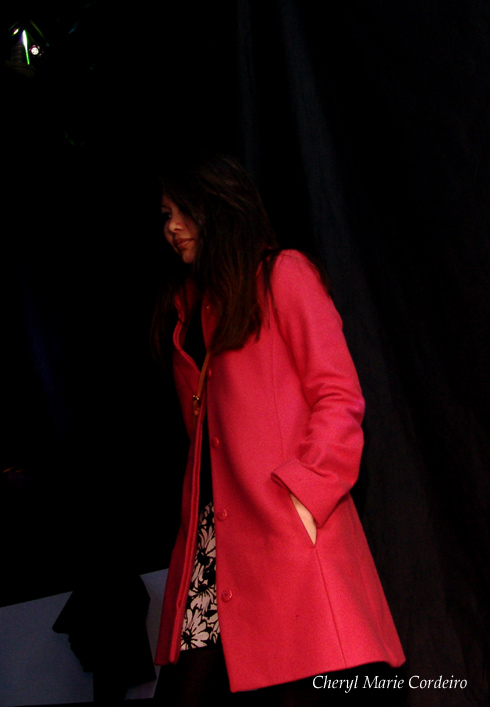 A while back I got a call from pageant organizer Peter Hadward in Stockholm, Sweden. He is the national director and franchise owner of most of the beauty pageants there are in Scandinavia. After successfully having “done it all” in the entertainment industry in the 1980s and 90s, he has now settled for the challenging task of coaching young women towards fame and glory in the fashion industry.

During the talk Peter mentioned the upcoming international pageants of Miss Model of the World (MMW) and Miss Tourism Queen International (TQI) that were to be held in Oslo, Norway in early March 2009. He also mentioned the possibility that I could come along and coach a small group of Swedish girls through a real pageant.

The girls would participate outside the real Norwegian competition, but would be allowed to appear on stage and would be modelling sponsored designer dresses

This sounded like great fun and as the time grew closer towards early March it became clear that I would be coaching two girls, Minna and Katarina.

Pageants, much more than beauty contests

My interest in pageants comes from my own experiences of participating in the Miss Universe pageant and a number of other pageants which led up to that.

I find that pageants in general are vastly misunderstood and that those critical towards them often look at pageants from a rather singular point of view.

Pageants, events with a larger purpose

Each pageant has a purpose and an agenda for its winner. Both Miss Universe and Miss World title holders for example, are engaged in helping with humanitarian causes. The Miss Tourism Queen International title holder will work to enhance tourism and contribute to cultural exchange. Those who are choosen to represent their countries in these various titles will act as ambassadors to their country and will have more opportunities to act and influence commerce and world events than most other young persons of their age.

The phrase beauty pageant is a marketing simplification to cover just one aspect. Of course – anyone who has ever seen and heard the wolf whistles from cheerful young men and boyfriends who bristling with joy and pride surrounds the stage, where a group of smiling young women parade in bikinis and evening gowns – will argue for the importance of beauty in pageants.

But pageants do not stop at that. After the crowning is over, the young winners have now got a platform from which to speak and to jumpstart their public careers in any direction they wish.

Pageants, offering a window of opportunities

Each pageant in each country is run according to the integrity of the franchise owner. The relationship between the organizers, the sponsors and the participants in the pageant runs ideally for the mutual benefits. The organizers put forth an opportunity, a platform for young women to launch themselves in society, and the girls are after some wise coaching, free to take this opportunity and make full use of it to their best advantage.

A glance in any newspaper will show how much presentation, representation and modelling goes on in the travel, food, design, fashion, tourist, entertainment and beauty industries. Just one number out of many shows that the turnover for only the fashion industry of Italy is expected to exceed 60 billion EURO in 2009. The picture on the global scene is the same. It’s a large industry, it keeps many wheels rolling and the job opportunities are abundant.

Beauty pageants are just one of many points of entry into these industries, and I feel that those who scoff and say, “it’s only a beauty pageant” are not aware of what pageants are really about.

Naturally people who don’t work with art, media and entertainment themselves do not need to think much about what is really going on between a performer and the audience. They only need to decide if they are “interested” or not.

They might however come to wonder why for example Oprah Winfrey has got the highest-rated talk show in the history of television, and according to some sources is considered the most influential woman in the world, and why they are not.

The key here is something that is called “stage personality” or “charisma”. It is this unknown X-factor that gives you the ability to capture an audience from the moment you enter the stage, or everybody’s eyes from the moment you enter a room. It is this factor that make people listen to you and gives you the ability to make people see things your way.

Participating in a pageant will of course not automatically make you a great leader, but it offers a platform and the opportunity to acquire people skills and self-presentation skills. Some individuals are born full of confidence and charisma, but those who are not, can train and study for it. That is what they do at all schools of performing art, all over the world. The courage and willpower it takes to appear in front of judges on any stage, will mentally also prepare you to think nothing of most any other public work one can think of.

Checking in at the Royal Christiana Clarion Hotel, Oslo

The travel to Oslo was a short trip from Gothenburg and by 2 pm we had checked in at our rooms at the Clarion Hotel, Royal Christiana, ready for the preparations to the event. 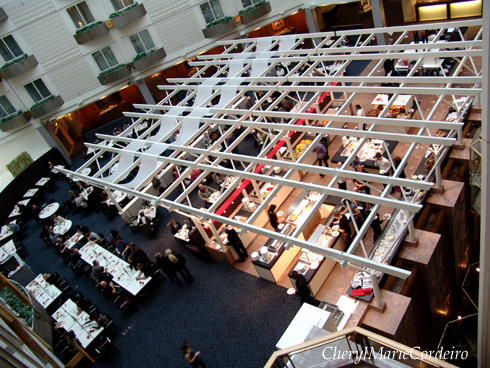 The hotel had a large indoor area where the restaurant was located. Here viewed from the 5th floor of the Clarion Hotel, Royal Christiana in Oslo, Norway. The hotel also sported a heated indoor swimming pool and a spa area with some neat gym machines.

Continue to read about pageant in Oslo, Norway, 2009:

4 thoughts on “Beauty Pageants, a peek behind the scene in Oslo, Norway, 2009”