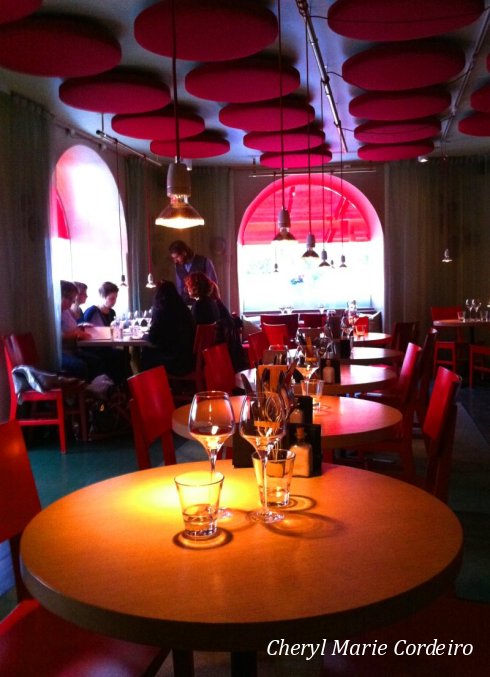 I confess, I love space and clean, free straight lines that invite your eyes to peruse and absorb the dimensions of the room the minute you step into it. At Restaurant Familjen in Gothenburg, it was more a full-stop when entering the door, where you are almost forced to halt your senses the minute you step in, cautious, else you bump into someone immediately in front at the bar, situated just as you enter the restaurant at after five on a Friday. 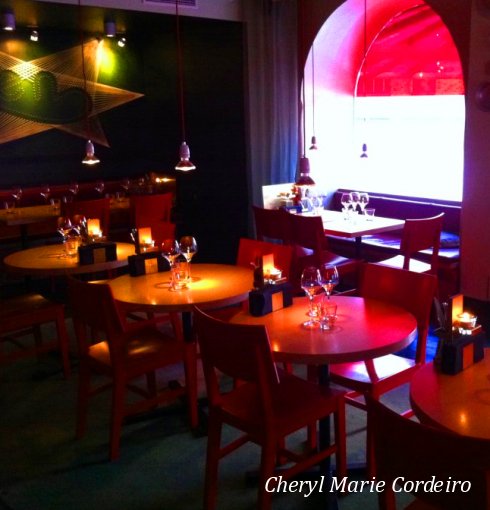 The orange glow with festive, yet mellow rich shades of red and green.

But just as the immediate feel for a lack of space hits you, you feel all at once embraced by the colours of the room.

The colours that greeted me were a deep orange glow from the dimmed lights, with a rich mellow red and green, the combination of which was both festive and comforting, so much so I began to question why it was called ‘Familjen’, meaning ‘the Family’ in Swedish?

I believe the idea behind the place was that it should be an extended living area for people to sit, eat and mingle at all times of the day. But come evening, where I was at the time, it hardly felt like an extended living room, but rather, something quite more sophisticated and Swedish understated, termed ‘lagom’ no doubt, in a low hum of vibrating energy that is the weekend to come. And it was precisely this effect of small, cozy and warm caressing colours that drew me into the space, made me take a step closer to the bar, curious of what others were having that evening. 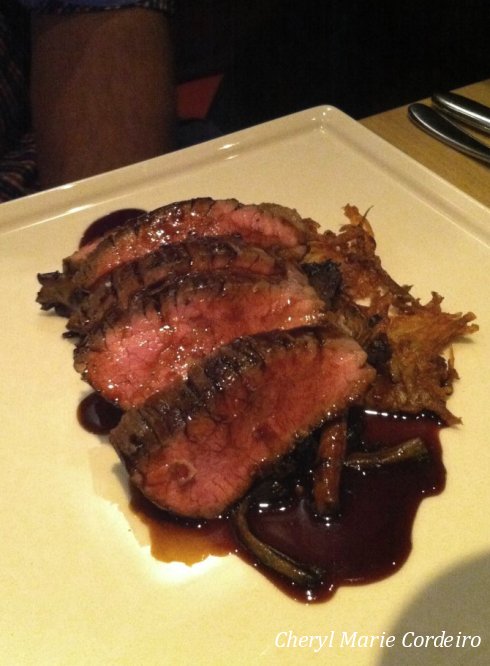 The menu which is often Swedish west coast fare, is designed after the mood and heart of the Chef.

What I found so becoming of this place is not that it has a sister Guide Michelin restaurant or that it did indeed win a prize in the White Guide 2010 for best restaurant atmosphere. In fact, a quick search on the internet for reviews will show that the impressions are fairly mixed and besides which, you generally don’t have any awards in mind when visiting a restaurant, but rather you just want to experience the place yourself and form your own opinions of it. 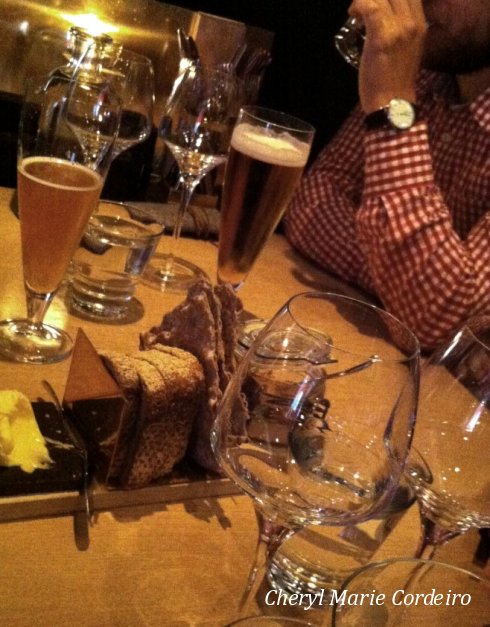 After surveying the area and having comfortably sat, talked and laughed the evening away, what drew me really, was the curious fact that it had red cushions, placed in neat rows, on the ceiling. A detail taken in but hardly reflected upon by me, till much later.

And of course, I might leave a chasm of reasoning between observation and reflection but…how clever! The close placement of the tables, the warmth of the lighting, the familiar Swedish west coast fare, served to a backdrop of Latin sounds, sure. But really, what made the night, apart from good company and a couple of bottles of good wine, was certainly… the cushions on the ceiling.