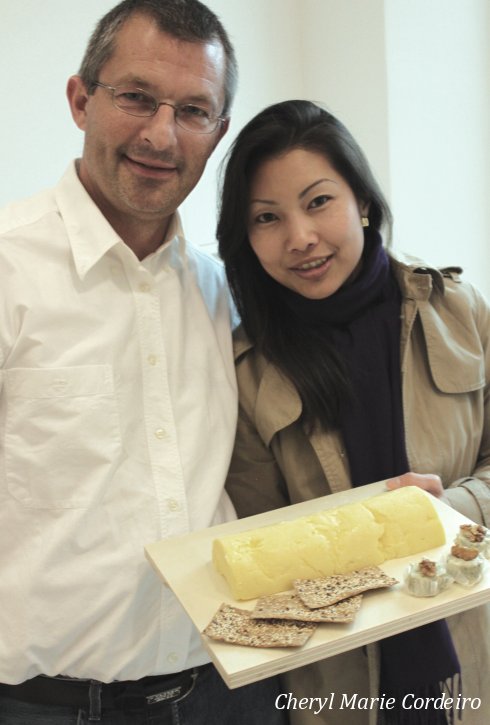 It was back in the early 1990s that I was first introduced to Nordic hard-breads or crispbreads in Singapore, where I found them most unpalatable, having had no clue what those crispbreads could be good for if not as complement to soups or generously lathed with butter (not margarine) before biting into. 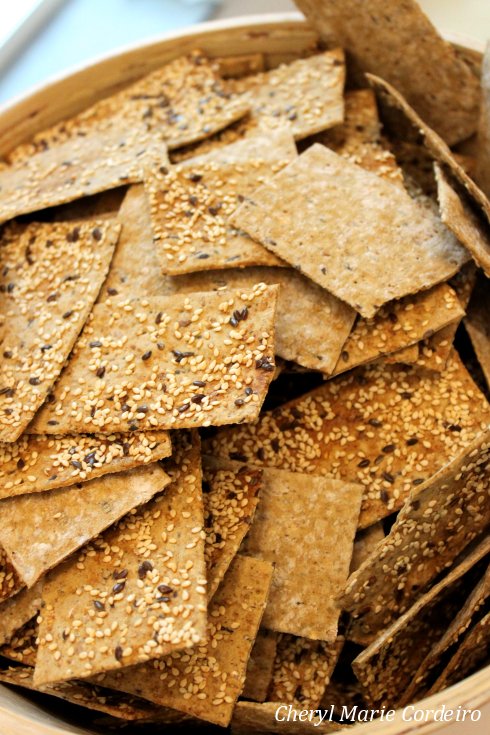 Swedish crisp-bread made with a twist – seaweed flour.

The traditional disc shaped Swedish knäckebröd or spisbröd (oven bread) has been made since 500 AD in central Sweden. The bread got its name of spisbröd mostly because of how it was stored – hung on wooden sticks through its center in the warm air just under the ceilings , a storage method that would continue to keep the bread dry and ‘edible’ for years to come. One source even has it that crispbreads made at the birth of a daughter could be stored and served at her wedding! And in the harsh Nordic climate and long winter months, this flat, dry bread was not only an economic means to turn wholemeal or rye flour together with just salt and water into food for storage, but they were ideal for traveling with, since they packed well on the move.

In past years on the culinary scene, Swedish hard-breads have grown in flavours and means of make, with the bread now being made from a variety of grains, herbs and spices that includes the traditional cumin and rosemary. 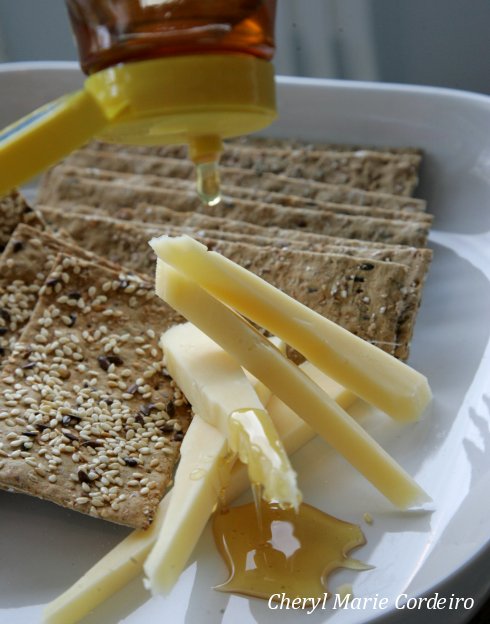 A serving suggestion – seaweed crisp-bread with hard cheese, drizzled with honey. Though a given would be to have this with pickled herring!

At the Prins Bertil Seminar held at the School of Business, Economics and Law, Univerisity of Gothenburg, with “Dining Out” as their 2011 theme, the various roles played by restaurants in modern society were enthusiastically discussed and explored. And it was there that I – with great delight – met with Ola Dahlman of Grebbestad Bageri, who introduced me to his version of Swedish hard-breads made with seaweed flour!

Complementary to soups, yes, eaten with butter, yes and even hard cheeses drizzled with honey, yes… but by far, what I think goes best with these hard-breads is pickled herring / sill, topped with a dollop of heavy cream and sprinkled with some finely chopped chives. This I think would make the perfect complement to coffee moments in Sweden, the after lunch, pre-dinner fill that brings out the characteristic, Swedish west coast flavours and feel in the late autumn afternoons that now approach.