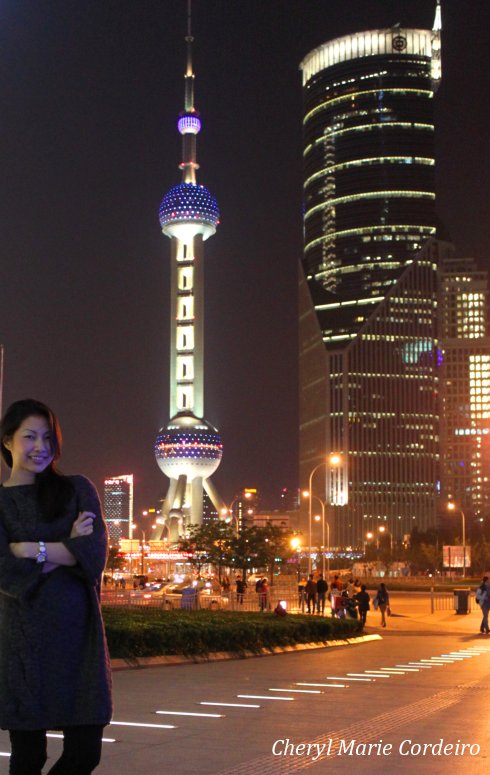 Lujiazui by night. In the background, lit blue, the Oriental Pearl Tower.
Text and Photo © K Meeks and CM Cordeiro 2011

When in Shanghai, the last place I expected to find myself exploring come sundown is Lujiazui, the city’s financial district, as the more popular of nightspots would include Xintiandi or even the quieter street of Hengshanlu lined with all sorts of eateries from Turkish and Thai to Hunan cuisine. 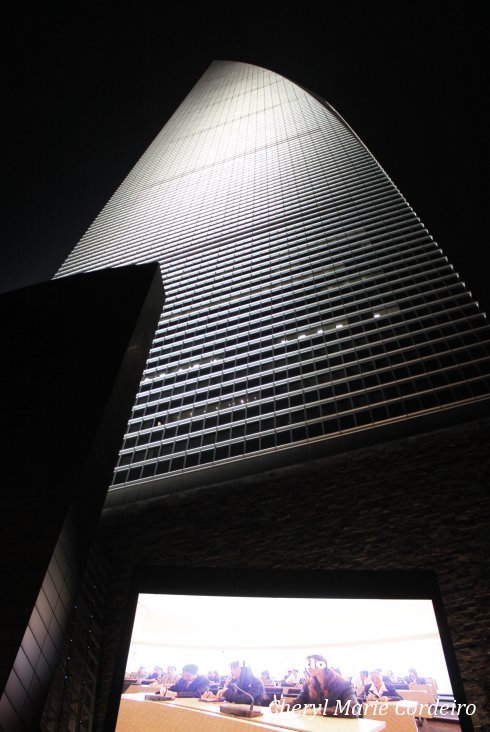 Still, walking down the pristinely clean streets of Lujiazui lit blue and orange from the surrounding buildings, called to mind the quiet of Raffles Place and Singapore’s very own Central Business District by night, where all at once, despite the glittering globes of the Oriental Pearl Tower in festive blue ahead, I couldn’t help but feel at home, thinking – this is Asia! – and how much I miss its vibes when living and working in Scandinavia. 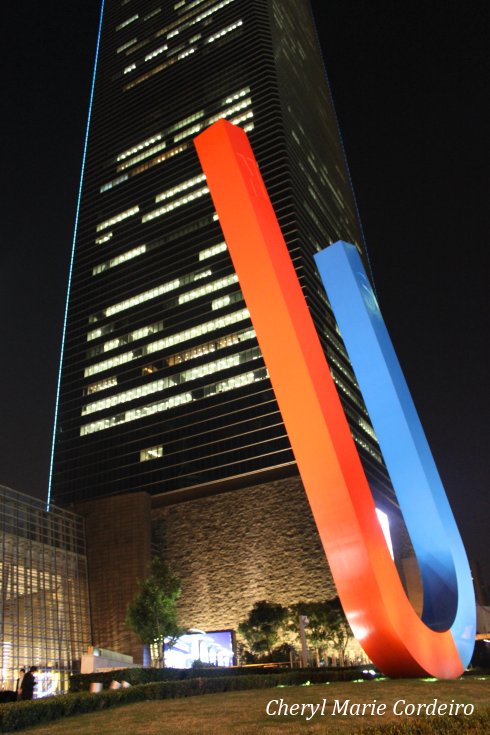 My feet quietly pounding the concrete pavement, I could only stop and stare in awe at the lit skyscrapers whose tops disappear into the black velvet sky. I contemplated too, how the skyline of Shanghai had changed dramatically only in the past 20 years, and what technology and knowledge were needed to have these columns of buildings literally float on what was previously marshland.

It didn’t take much convincing to have me visit the SWFC Observatory at 100F. And if there was a time of day to visit, it would be just so, by night, when the city grids are lit and when the ferries that go along the river resemble pretty cuttlefish displaying their full array of colour in different lengths of pulsing light, whilst going calmly to and from various pick-up points along the river. 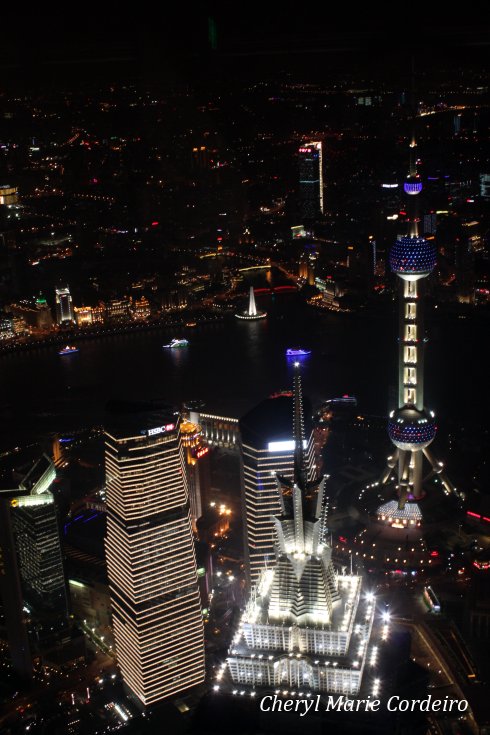 View from the SWFC Observatory at 100F. 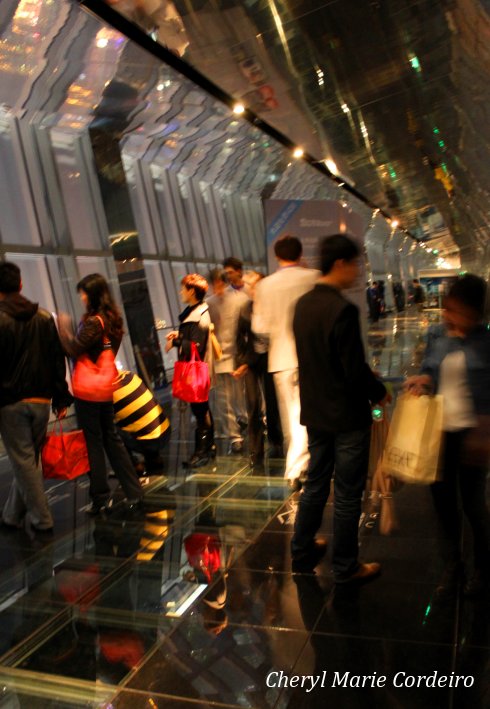 Standing on the glass floors of the SWFC Observatory staring out into Shanghai cloaked ink black, I thought about the brief conversation I shared with an old lady of 75 years who sat next to me on the plane, flying on the way into Shanghai’s international airport.

She told how, when she was about my age, she could walk along the city streets and not meet with anyone in particular. The streets were more open and there wasn’t this ‘mad crowd’ out there to deal with, where she dismayed at having to push and shove to get onto the public transport system. She said she had experienced how between the 1950s till today, the population of Shanghai has increased three-fold from about 5 million to 16 million, a loss of soul in her view, from the Shanghai she was born in and in which she grew up. Pinning up her hair in the plane, into a neat chignon, she revealed that she now only travels to Shanghai for holidays, and I had met her on one of those trips she was making, where she would spend the months of December till the end of Chinese New Year, in Shanghai.

As an indication of the change of life and a future that she could never had imagine that is perhaps already here, she told of how her children were all abroad, working in the UK and the USA. Of the seven grandchildren she had, only two remained in China, the rest were studying and working in Europe and the Americas. She hopes for all of them to be back in Shanghai in the upcoming Chinese New Year 2012.

Staring out over the city skyline at the SWFC Observatory at 100F, I thought yes, that would be wonderful if her family could join her over the New Year’s even if they were at the moment, residing widespread over the globe.

And if I would choose where to spend the upcoming Chinese New Year in 2012 that marks the beginning of the Year of the Water Dragon, then Shanghai would be high on that list of places to be.

3 thoughts on “Lujiazui by night, Shanghai”