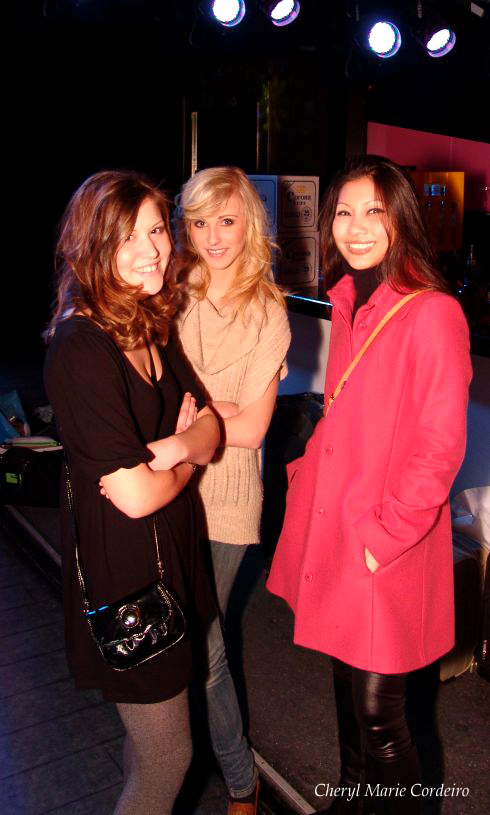 CMC coaching and giving pageant tips to Katarina (left) and Minna (center) just before the event at Sirkus, Oslo, Norway, 2009.
Photo for CMC by: Jan-Erik Nilsson © 2009.

When the dresses were all set, the make-up and hair stylists were done, we proceeded to the event arena, which in this case was Sirkus, the largest club in Oslo which could seat 1,100 guests. Appearing in front of that many people would be scary for anyone. However it now turned out that the seats were distributed over several floors, so the show would be less intimidating for the girls than we initially had feared. 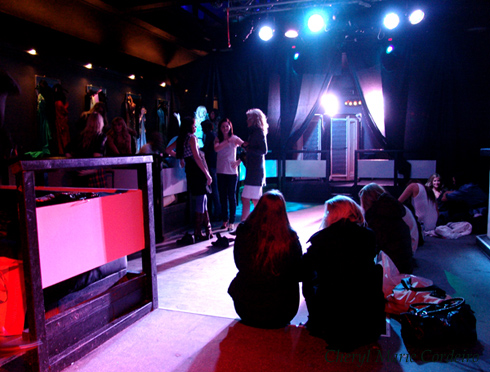 The girls, gathered at Sirkus, for rehearsals and the event proper.

What was now ahead of the girls was a five hour long rehearsal session. The girls and I had some previous opportunities to discuss what we were trying to achieve, but I figured now, for the first time the event would turn real for the girls. I would be part of the audience when the choreographer worked and would help refine the girls’ walk, self-presentation and deportment on the stage during the breaks.

Doing a stage presentation like this has elements from all other stage work.

It has threes stages; entrance, show, and exit.

The entrance is like any other entrance on a scene. You need to take charge and grab the audience’s attention at once. The public is there to see you, so there is no real effort involved in that. Ideally your mindset should be to see the audience, is the best thing that has happened to you today. If you sincerely feel like that, this attitude is helpful in all walks of life. Be and show that you are sincerely happy so see people you meet, and you will notice how your life is starting to change. Smiles are a rare commodity out there.

The show, is when you parade. Your mindset here should be that you are applying for a high profile job. You need to present yourself as the best there is to represent them, to be their best ambassador possible. You should glide – not walk – and absolutely not bounce on stage, which signals a happy kid but not an ambassador. Take charge of the scene and use the stage right up to its corners, count slowly to six between every position. Again, glide.

Then it’s time to exit. Contrary to fashion shows, a pageant often asks for an exit position, which ideally should be a most elegant pose with eye contact with the judges and audience. Your mindset should be, that you are the person for the job (and you’ll soon be back to fetch the crown). In a fashion show, the choreographer might actually ask you to “fade away” to heighten the expectations for the next dress, since fashion shows are all about what you’re wearing. But it might not be in your favour at a pageant. 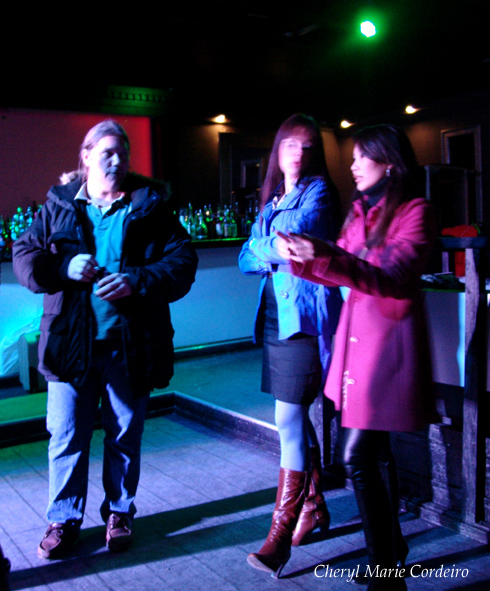 Speaking with Anette, who was choreographer for this event.

As the evening wore on, a break during the rehearsal hours was appreciated. Already tired on thier feet before the event proper, most girls made themselves comfortable around the stage. 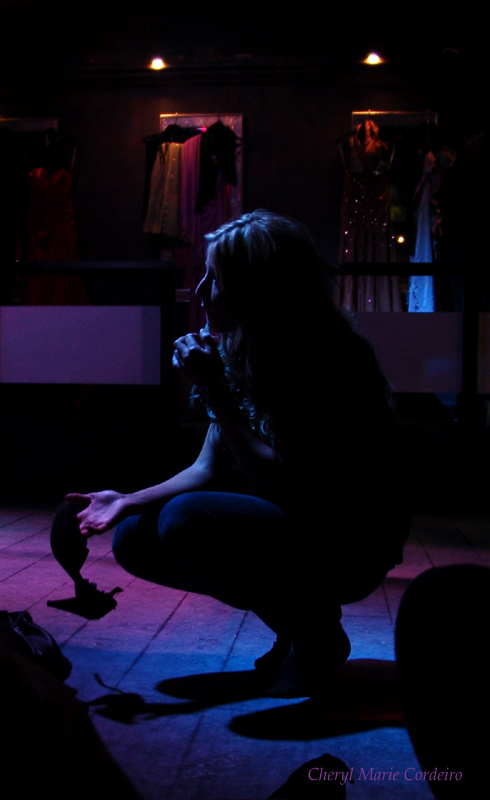 A shoe fix, during a rehearsal break. 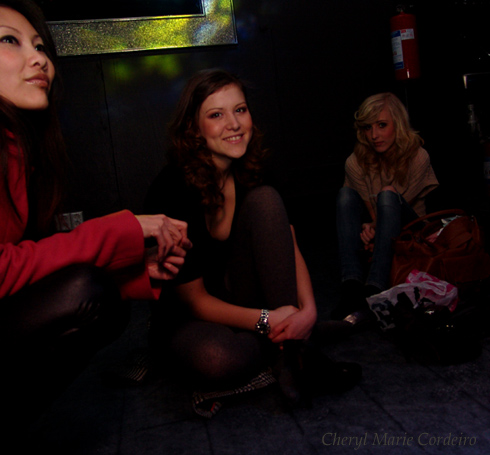 Katarina and Minna, during rehearsal break. 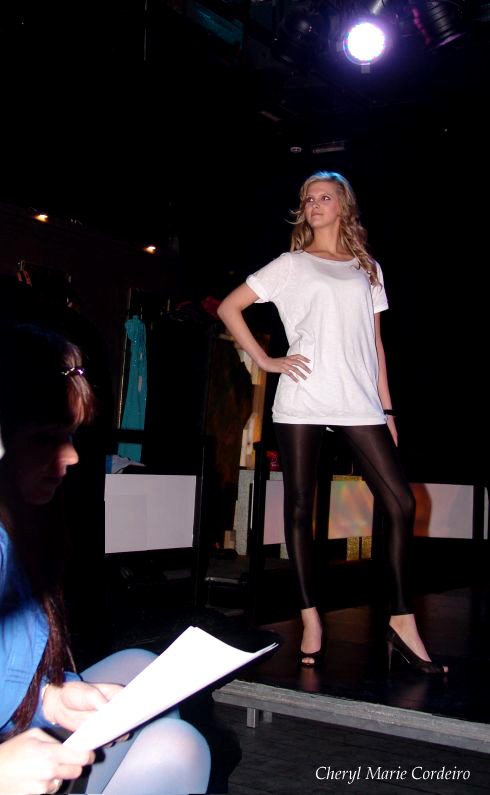 A Norwegian participant during the dress rehearsal. The choreographer, Anette sits in front of the stage, directing the movements of the girls.

With all girls in place, the choreografer gave directions and explained what would take place. The largest and best suited room in the club was now closed to the public, a dressing area had been sealed off and a stage had been built. One by one the girls were asked to have a test walk to get the feel for it.

Despite individual coaching, it was at this stage that the individual talents began to show. A stage presentation is like any other casting in front of a movie producer, a dance school committee, a choir mistress or a gymnastics coach, very revealing. 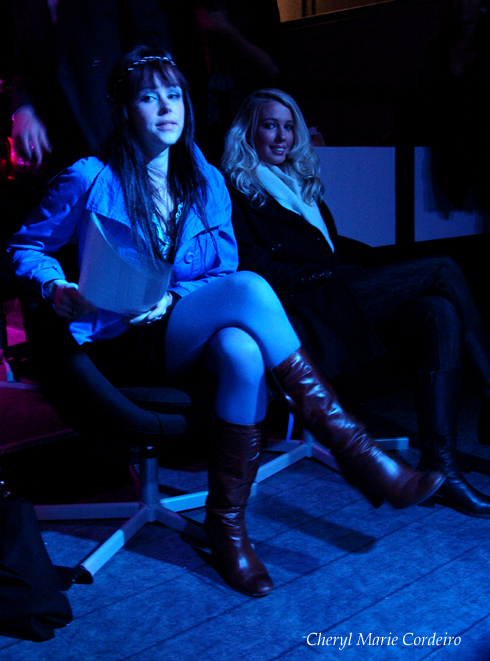 All girls who appeared here had already gone through scouting and selection, still the differences in individuality and style was immediate and apparent. Some were natural stage personalities, some good entertainers, some were shy, some were determined, some needed more training, some were full fledged professionals and some clearly there only for the party – well, I saw nothing bad with that either.

After awhile, a certain order began to settle in, and from now on, looking at the girls based solely on their appearance, as in the usual concept of “beauty” would no longer matter. Only the total distinction of appearance – the stage personalilty – would settle the outcome. 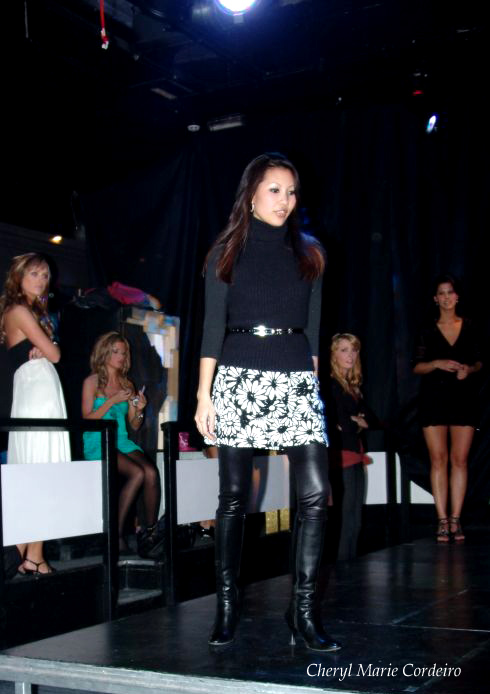 In the midst of showing the Swedish girls how to use the stage during a rehearsal break.

It is very important to use the entire stage and come right up to its outer edge, if the stage is small. Using the stage to its full shows that you like the crowd and want to approach them.

As a counter-check to these details, just think of what the opposite would look like – is it a good idea to hide in a dark corner, no? – then, do the opposite; step right out to the edge of the scene with as much light as possible on you and flash your best smile. The audience will love you and relax, since they will know there is a professional on stage that has the whole event in her hands.

Both the audience and the judges will appreciate your gusto! 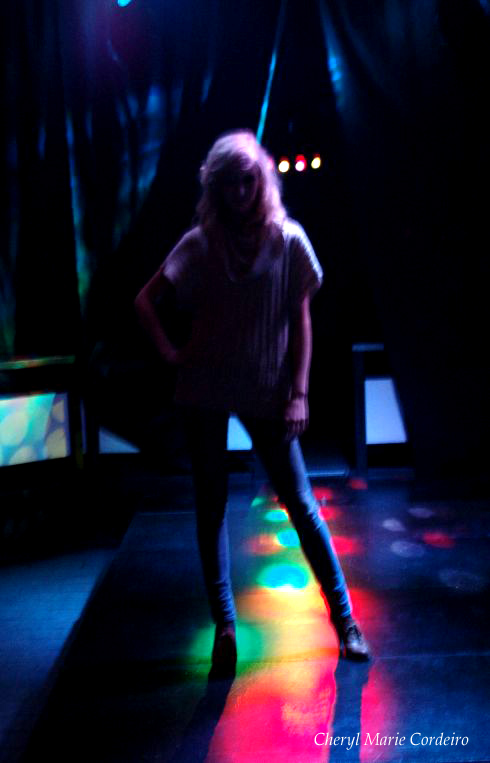 Minna, who was in Oslo for training, rocked the stage with her immense stage personality and presence!

When the steps and the motions were in place, the choreografer and the grils made a dry run with everyone dressed up, up to and including that a random contestant number was called out for a crowning rehearsal, so that all would run smothly.

4. All set for the pageant

A few hours before the show, all was in place and we had more time for individual coaching. With my experience I had seen to it that my group had something to eat. This was not the time for any hearty meals but some small energy giving snacks such as chocolate with almonds was fine. I know of some very determined pageant contestants who do not eat until the entire event is over, so that they look their best during the swimwear round. 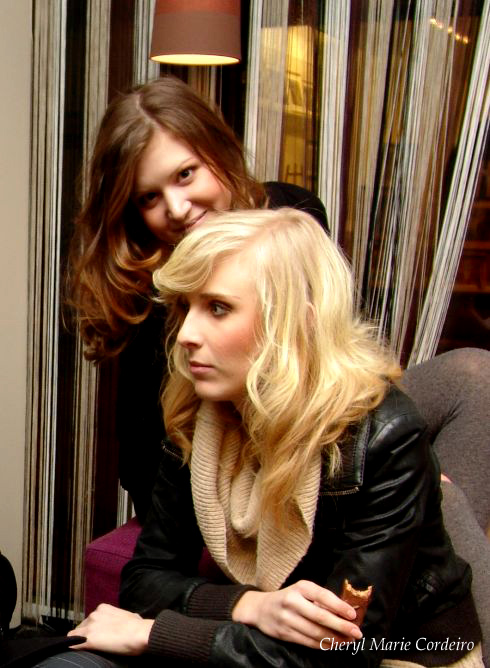 Katarina and Minna on location for the dress rehearsals, listening to Peter’s directions.

To get the event in pristine order, Peter who was national director, made himself available for regular consultations. Here, I’m sitting together with the styling team, with Peter discussing further directions for the event. 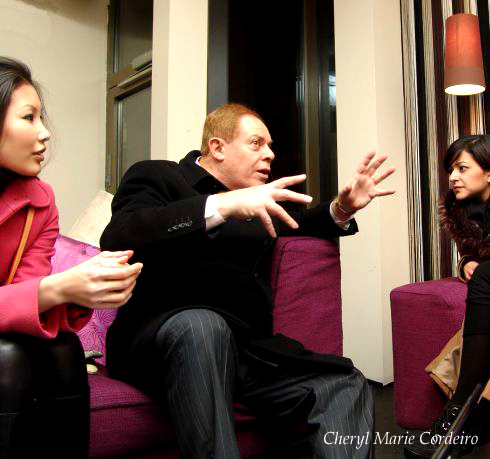 4 thoughts on “Beauty Pageants, a peek behind the scene
3 – Stage Rehersal”