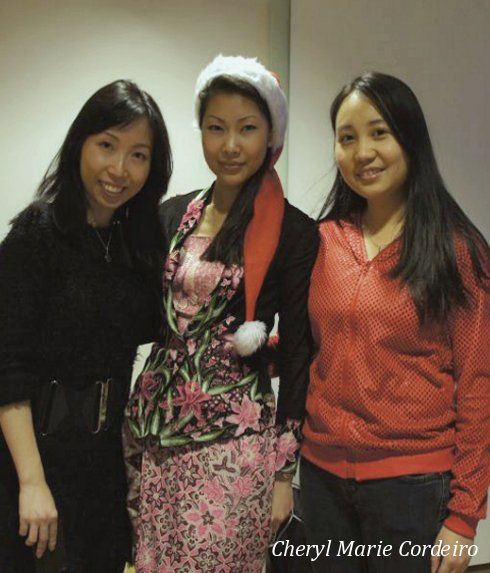 In line with the underlying ideals and innovative thoughts in the culinary field from this year’s Prins Bertil Seminar 2011 at the School of Business, Economics and Law at the University of Gothenburg, that raised the level of consciousness about food in general, from farm to restaurant table and how the best dishes can be had from simply using the freshest ingredients and not necessarily the most fancy and exclusive of raw produce, we thought we’d put a little bit of rustic into the jultide table traditions at work, in Sweden.

And after spending much time in late autumn travelling in Asia, where the Christmas lights and decorations are always dazzling, and the speed of which the cities in Asia move to a fast beating of the Dragonboat drum in a steady heartbeat, just before the Chinese New Year that arrives end of January 2012, I was personally all ready for settling back in Sweden to a Jultide quiet and slowing down to the long winter nights, and looking forward to putting forth some Swedish traditional Christmas food that follows centuries of traditional recipes in the making, from main dishes such as the boiled and then baked Christmas ham to the various flavours of fudge.

Below, a composite of the various dishes that made their appearance at the Julbord that gives an insight into a traditional Swedish Christmas Table. 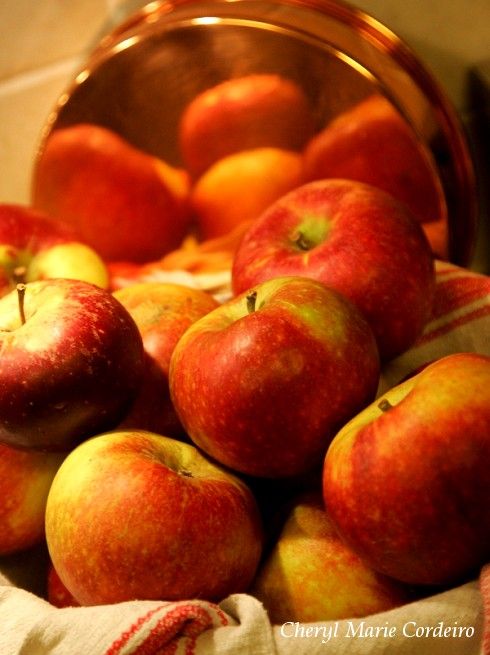 Homemade apple sauce. Apples, like most other fruits in Sweden are late autumn harvests that preserve well when made into cider or apple sauce. This cinnamon and honey flavoured apple sauce is complementary to kalvsylta (minced calf meat) and the baked Christmas ham. Together with kalvsylta is another classic side dish, pickled root beets. 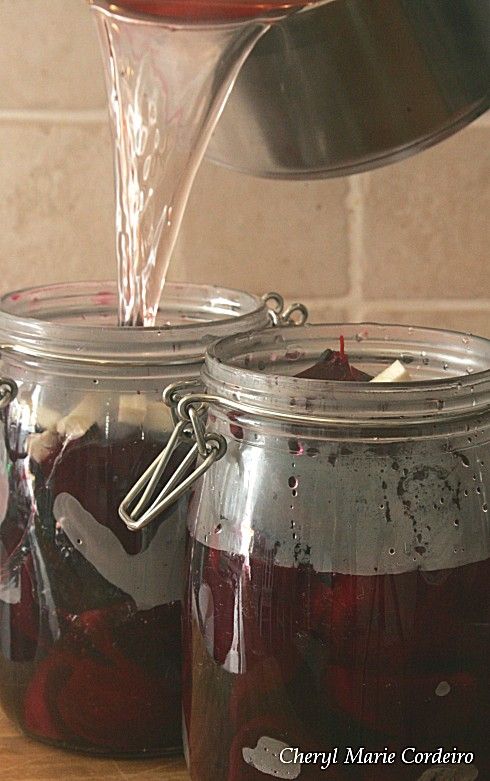 Pickling root beets is easy and fun, winter beets that have been stored since the autumn harvest takes a little longer to cook but the result is still far better then the ready made ones from the shop.

Then after some consultations we figured out that it would be nice to try out and serve a really old fashioned spare ribs recipe where the spare ribs are first brine salted and then marinated in coffee and cinnamon, and baked with red onions and apples. The apples also went into a pot of spare ribs… 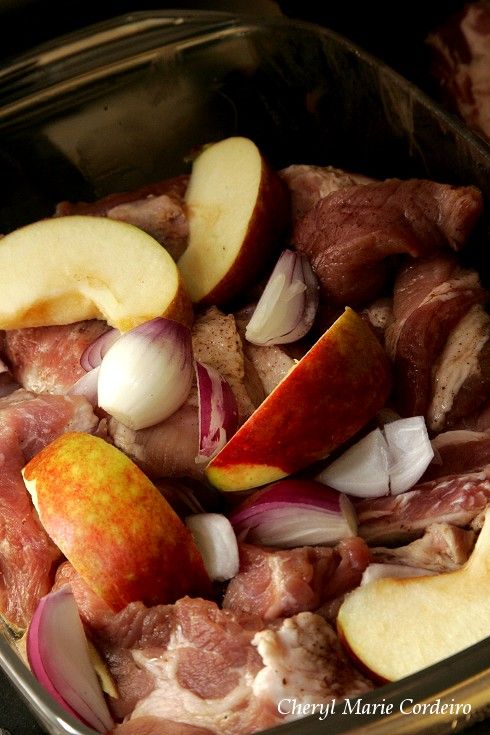 Brine salted spare ribs, marinated in coffee and cinnamon. Then baked with red onions and apples 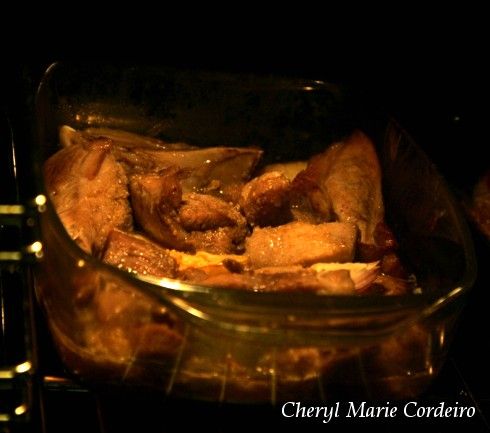 Spare ribs baking in the oven.

As complement to the spare ribs that were baked, and of course as stable to any Christmas table in Europe and perhaps not just in Sweden these days, the Christmas ham. 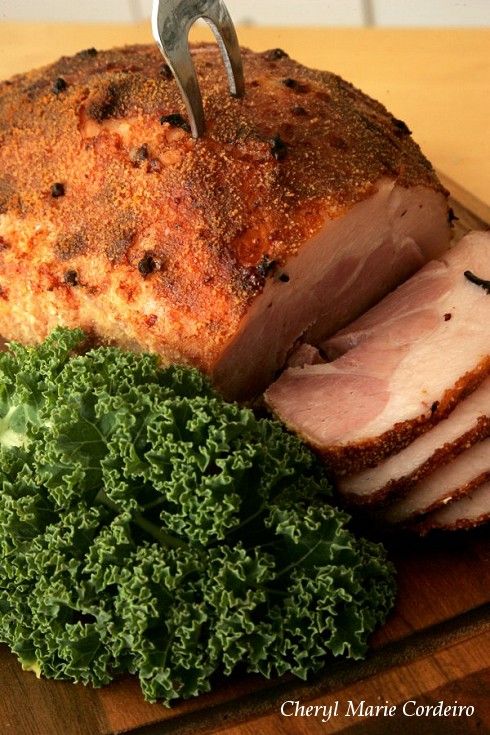 Boiling your own ham give you a nice broth that is the perfect base to use for cooking green cabbage, also called ‘long cabbage’ around here or in the cook books, Halländsk långkål. 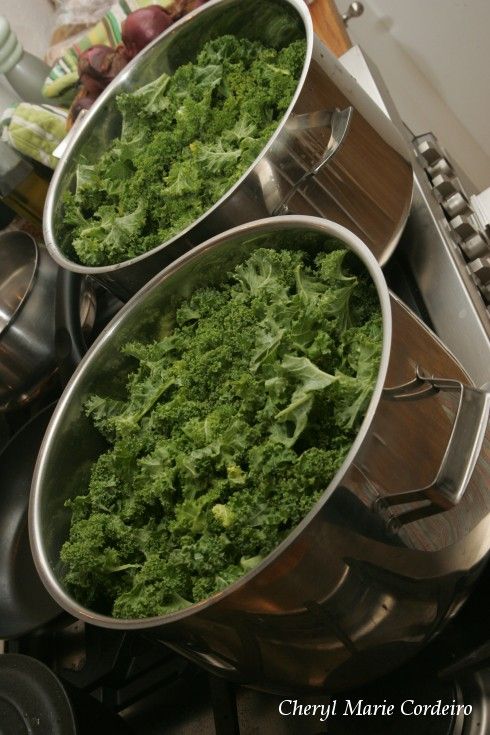 Green cabbage shrinks something unbelievable when cooked so to get anything worth serving we started with a small sack of cabbage, or about 5kg (10 lbs).

Apart from the meat dishes, the traditional Swedish Christmas Table would never be complete without an array of pickled herring. At one recent Julbord in Sweden, a more innovative creation of Coke pickled herring was served, which was actually perfectly fine. On our table were pickled leek herring, red onion herring, pepper and carrot herring, anchovies flavoured herring and one of my absolute favourites, honey mustard herring. 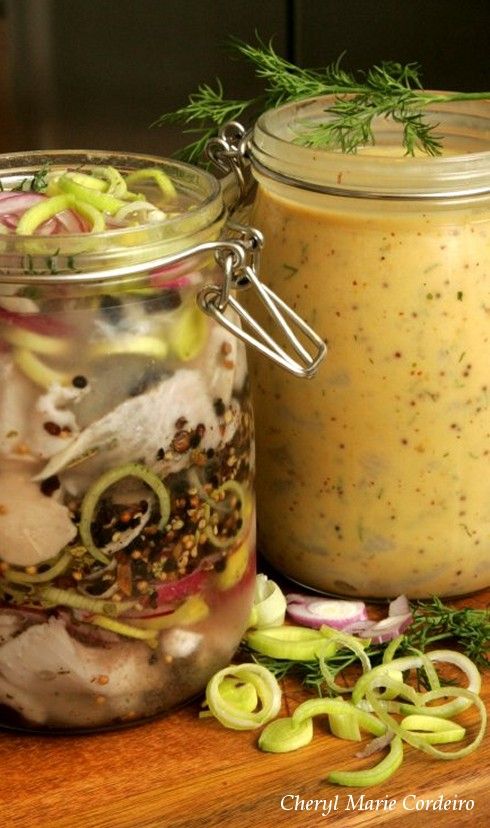 Herring is surprisingly easy to pickle yourself and the variations in flavours is entirely up to you. The basic recepie is 1-2-3, 1 cup of vinegar, 2 cups of sugar and 3 cups of water. Flavouring and spices is traditionally bay leaf, pepper and onion but could be varied in almost any way.

Janssons Frestelse, that is made of baked layers of potatoes, cream, onions and anchovies is also a Swedish Julbord staple. Since we by now had covered almost all the grounds of a complete traditional Swedish christmas table we of course could not stop short of a ‘Jansson frestelse’. … and egg halves topped with roe and a sprig of green dill.

While putting all of this together did take some time and doing, what is more rewarding at the end of the day is knowing that in a globalized world that moves at an increasingly fast pace, and where sometimes tradition is given up to accommodate the quickening of time and commerce, that this opportunity for a traditional Julbord means that both culinary and socio-cultural traditions, at least for the region has continued for one more year, right at the heart of our organization. What’s a party without Jultide carols?

And in this upcoming week, indoors… what we could all look forward to is the exchange of new ideas and thoughts over gingerbread cookies and a warm glögg at the usual Swedish fika sessions.