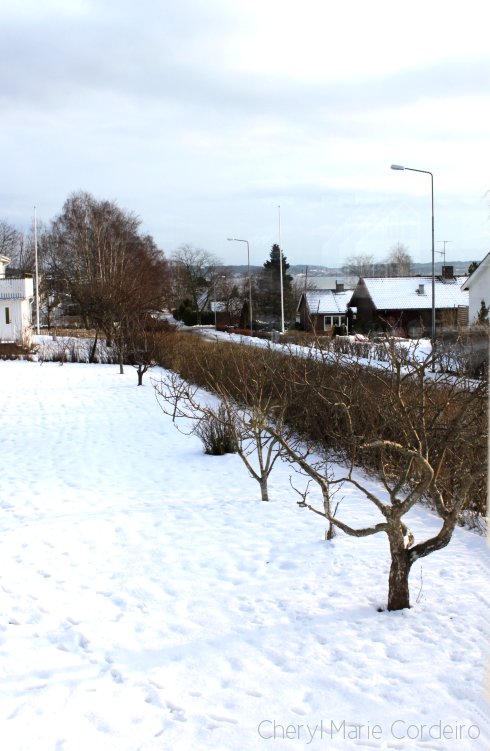 February is usually the month in which visitors to Scandinavia get to witness the Nordic winter in its full regalia of climate beguile, the whipping winds and cold pelting rain that now turn to delicate snow crystals upon falling down, blankett the entire landscape in crisp white, turning the dull grey of the surrounding in just a few hours, to a scene that is breathtakingly beautiful, even if at the same time being unforgivingly, impractically and cruelly cold. 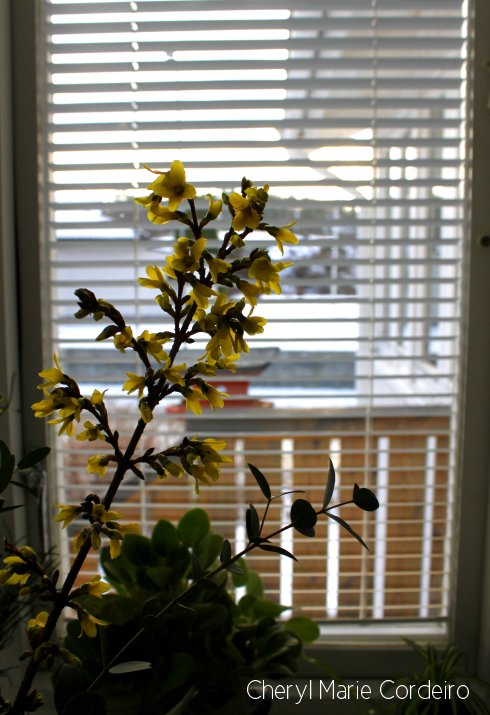 Nonetheless, the group of individuals from South American countries who were on a visit to Sweden, continued to walk around in cheerful disposition and observed in awe, the rows of houses situated along the shoreline of one of the archipelago islands in the Swedish west coast, coming to the definitive conclusion that owning a house here would be one of the most romantic things they could dream of in terms of life wishes. I looked at them in earnestness and couldn’t help but smile, my heart warming. For I am myself, all too well aware of the enticing charms of the Nordic Gods who as if in celestial trickery, send fat cuddly snowflakes that resemble chicken feathers in the air, enveloping you as you arrive at the airport to depart Sweden for warmer climates, or likewise, send you clear blue skies with full sunshine as you land at the airport as a Welcome Home to Sweden greeting. Scandinavia is charming indeed, apt to capture your heart even during its coldest months of the year and I can understand why they all wish to stay a little longer here in Sweden. 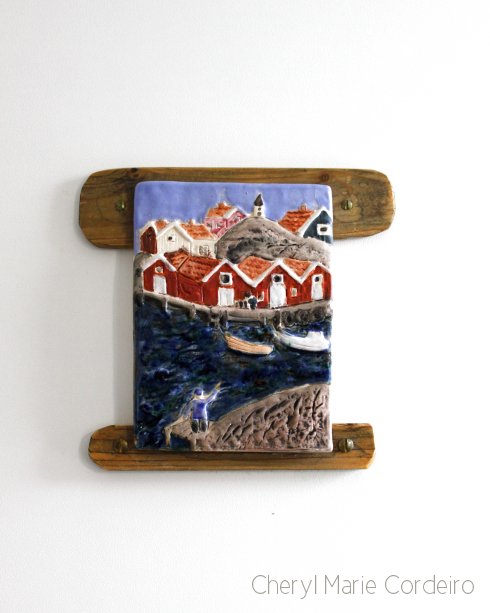 Nautical wall decoration that reflects one of Sweden’s best loved past times in the summer along its west coast – sailing! 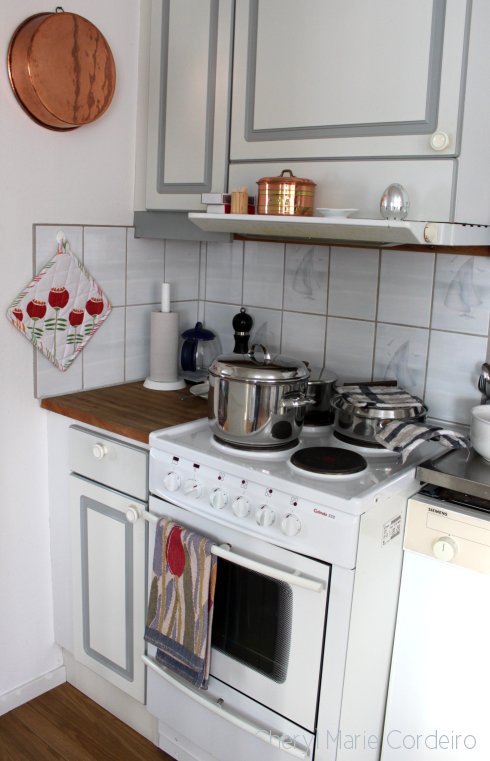 We settled down today to a Sunday brunch in a house with a white walled cozy interior decorated in part to a nautical theme that is reminescent of many houses built along the Swedish west coast. Sailing is after all both leisure and livelihood for many along this coastal stretch, its activity is a lifestyle woven intricately into the days here with the locals to the area making their living from fishing, mending yacht sails to trading via international sea freight.

On the menu, traditional Swedish yellow pea soup – a dish that has surprised me in that it is one culinary pleasure that has not made it to the Christmas Tables in Sweden in the way that the Swedish meatballs, lingon and brown sauce have. All perhaps having to do with that pea soup was served on Thursdays as a cheap but energy rich and filling meal in Sweden right up to the 1500s, in preparation to Friday fasts, and that Christmas was technically not a period of fasting but of feasting, when animals were sacrificed, which meant that the serving of meat took precedence at the Christmas feasts. 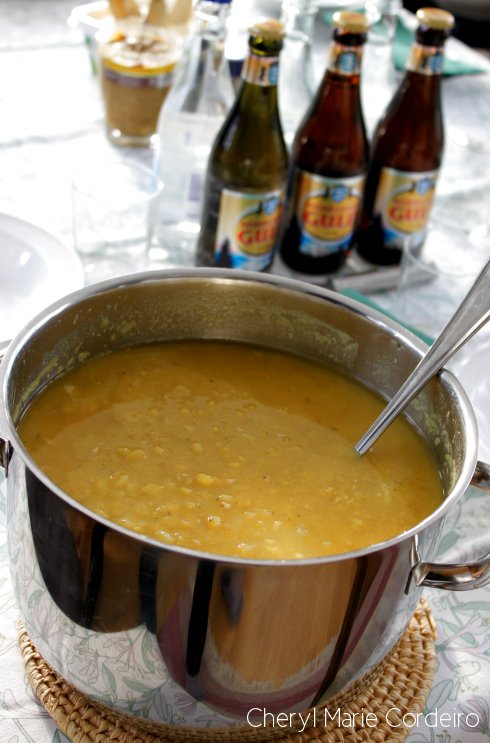 The tradition of eating yellow pea soup in Sweden goes back to the time of the Vikings because the peas could be dried and kept through the year. When served with salted pork shank, it made this warm dish an immediate staple on the Swedish household menu because the economic combination of both its main ingredients meant it could be served year round in the cold Nordic regions. In the winter months, the peas are simply added to the salted broth of hams with a handful of chopped onions, spices, bay leaves and thyme to render this wonderfully aromatic soup. 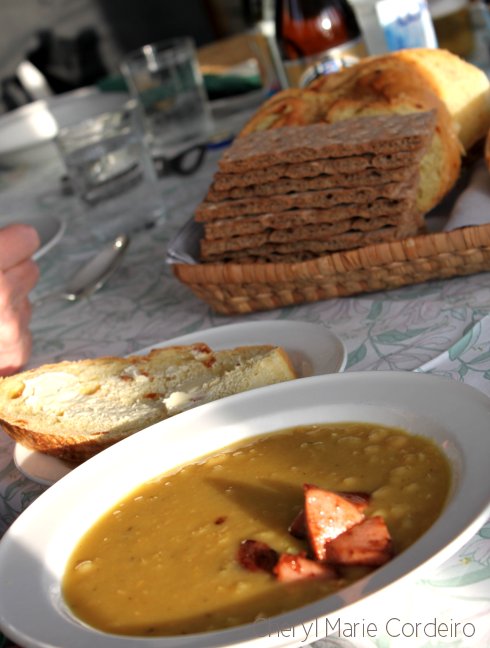 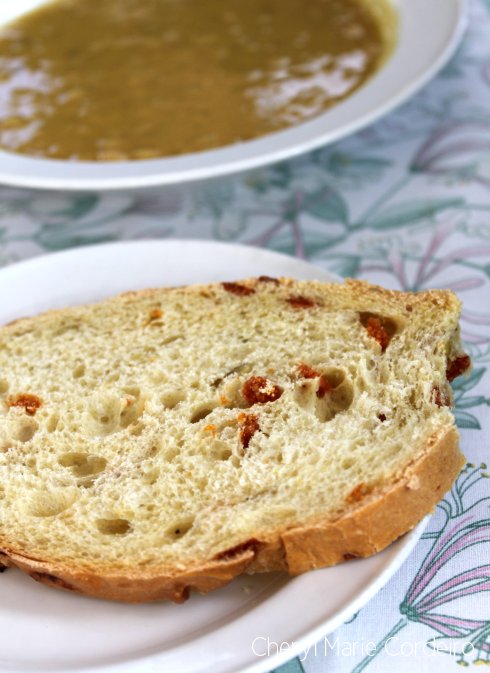 We had sausage and mustard to this soup today. On the side, slices of tomato bread that I thought captured the spirit of the warm sun through the windows this morning. Sweet Punsch usually accompanies this meal, as was served onboard the Swedish East Indiaman Gotheborg in the 1700s, where they too adhered to the tradition of pea soup Thursdays. This Sunday however, we settled for a choice between tea or coffee.

Talk revolved around our various current projects at work and in life, from behavioural economics in Columbia, agriculture and irrigation techniques in Chile to the need for mathematics at university level for social sciences in Uruguay and back to Chile’s government policies on minimum wages. The cheerful disposition remained, with those at the table convinced that whatever challenges we might face today, that there were like-minded people like they who worked for a better tomorrow!