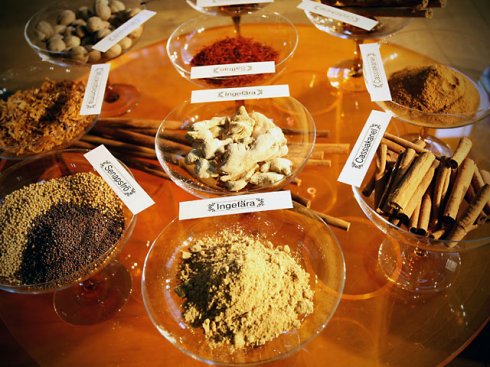 Spices such as these that are a staple in Swedish homecooking today, were once brought back to Sweden from the Far East on the Swedish East Indiaman Gotheborg III during the 1700s that sailed from Gothenburg to Canton, China.
Text and Photo © Ted Olsson, JE Nilsson and CM Cordeiro 2012

In the past five years, the height of the food scene in Gothenburg Sweden, apart from the more glamour filled annual prize giving ceremony and gala dinners held by the Western Swedish Academy of Gastronomy (2010, 2008) is the Passion for Food (Passion för Mat) tradefair held in the city at Erikbergshallen, that is right next to the docks of the Swedish East Indiaman Gotheborg III. 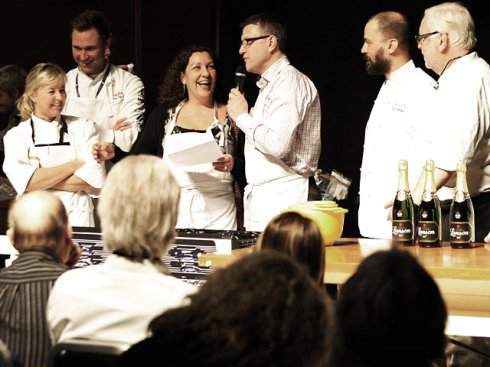 Visitors to this year’s Passion for Food 2012 can expect to meet Swedish celebrity host Anders Arnell at the Cooking School and the People’s Championship Omelette.

In celebration of its fifth anniversary, the focus in 2012 is on the Experience of Taste. And from 24 to 26 February, you’ll see agriculturalists to home cooks, producers of food to Chefs and professionals in the culinary industry, gathered at Erikbergshallen in the exchange of knowledge and interest in the field, where they aim to present select quality raw materials as inspiration and the foundation for some deliciously intoxicating cooking in Swedish kitchens! 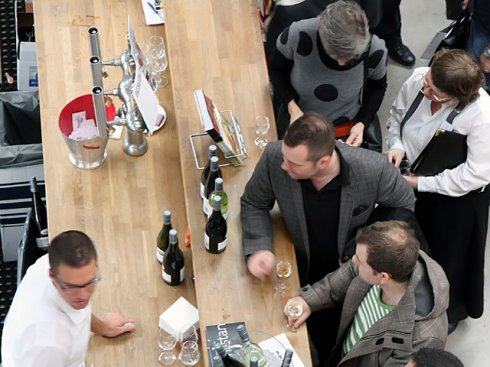 Visitors are encouraged to be more adventurous in their matching of food and drink at this year’s exhibition.

What is more exciting is that the city of Gothenburg is Sweden’s Food Capital (Matlandethuvudstad) for 2012, in recognition for the region’s fine ingredeints and in recognition of Gothenburg as a city for innovative culinary arts. In the past decade, Gothenburg has been home to about five Guide Michelin restaurants. 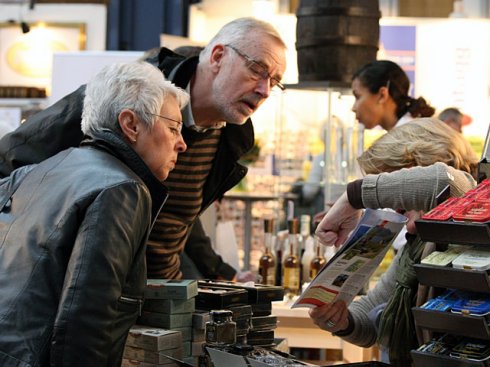 The annual Passion for Food exhibition attracts people from a variety of backgrounds, from home cooks to professionals.

At this year’s Passion for Food, visitors can again look forward to a full program of the Cooking School that holds open cooking lessons for the public on all days of the fair.

Complementary to the Cooking School is the fair’s Taste Workshops that help visitors develop their skills for nuances of taste under the guidance of several well-known professionals in the field. This year, Ulf Wagner, current owner to Sjömagasinet after Leif Mannerström will hold three seminars with taste tests in champagne, South African wines, and a lecture on the physiology of taste on the combination of food and wine. Other flavours highlighted in the workshop will be licorice, beer, olive oil, wine & chocolate, potatoes, coffee and various grades of balsamic vinegar. 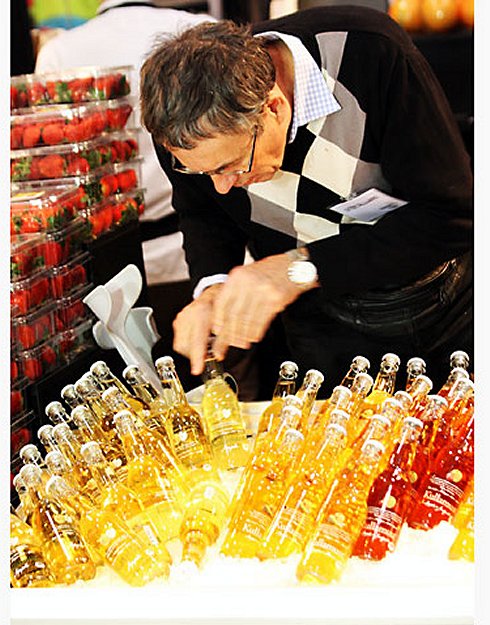 Drinks are as much a focus on this exhibition as food. 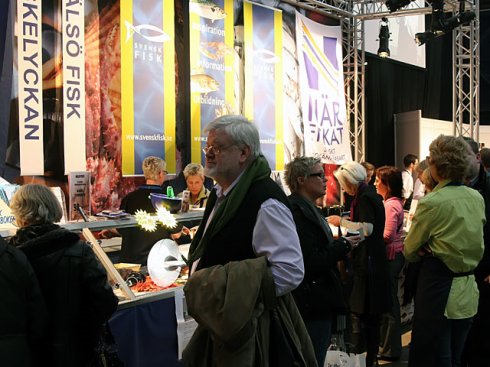 Swedish raw produce are most often in focus at this exhibition.

An event that was launched in 2011 that will return this year is the People’s Championship Omelette competition, where visitors will get the chance to be inspired by new combinations of taste in an everyday basic such as eggs.

Chefs Duel will also return this year, an event that saw success and appreciation in the audience in 2011. The duel will see the return of Swedish Guiden Michelin Chef and legend, Leif Mannerström and Robert Maglia facing new challengers Crister Svantesson and Katja Palm Dahl. And as Johnny Johansson, a former Nobel Chef and Head of the Kitchen School says:

It will be interesting to see Leif and Crister compete against each other. Both are great role models for many and I believe that it is they who laid the foundation for what the restaurant, in Gothenburg … Well actually, the whole of Sweden has become.

This year, there are some 100 exhibitors for the three day event at Eriksbergshallen, all enthusiastic to share their passion for food in colourful presentations of their raw materials, produce and finished products that inspire Swedish kitchens country wide.

Passion for Food fairs are interested in food that provide unique opportunities for dialogue and meetings with farmers, breeders, importers and producers of really good food.

I couldn’t agree more with Lotta, and I am certainly looking forward to meeting with familiar faces at this event in the next upcoming weekend!