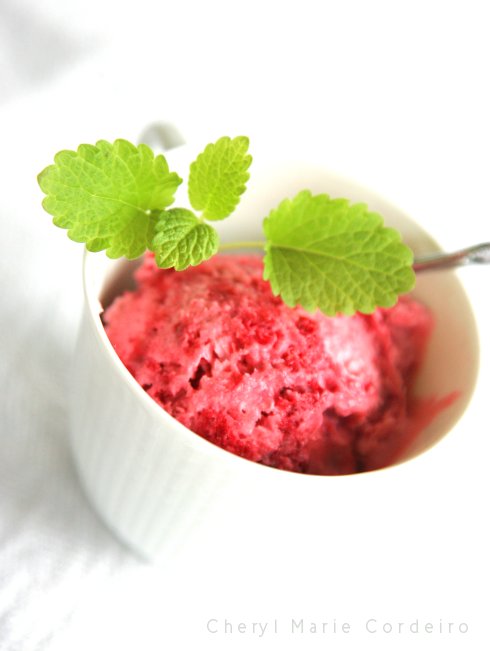 The first ice-cream of the household for 2012 in Spring – Raspberry Cardamom.
Text and Photo © JE Nilsson and CM Cordeiro 2012

If there ever were a reflected change in values from one generation to the next, in my life, I can find no better example than that of the attitude towards cooking.

In the hierarchic familial structure of the Asian society, the activity of cooking was invariably bound to the social pecking order in the family. Either the eldest, the youngest or the ‘least favoured’ of children was often given the task of cooking for, the usually, large family. Cooking could also be parceled out as a kind of punishment to children, to be ‘kitchen bound’, instead of being allowed to go outdoors to play with your friends after school or worse, on weekends. 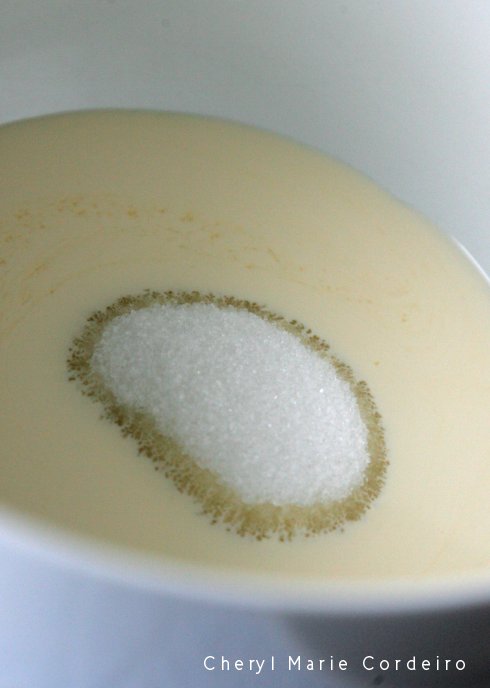 The ingredients to this Raspberry Cardamom ice-cream are but five: raspberries, cream, milk, sugar and a pinch of cardamom. The process begins by whipping the cream and sugar.

Growing up in Singapore one comment that often came my way from my older aunts and female cousins was how lucky I was first, not to have a large family to cook for, but also that my mother didn’t bind me to the kitchen as how they had been bound to the kitchen for the slightest misdemeanor whilst growing up.

In fact, my childhood had quite the comical and opposite effect of me being taught to cook as part of a ‘skills for life’ training, only ending up with my mother pounding, slicing and chopping the ingredients herself because I created such a mess in the kitchen that it would be just more work for her to clean up after me, than if she did everything herself. The fact that I was careless with the cutlery in the kitchen and in general had butter fingers didn’t help either. 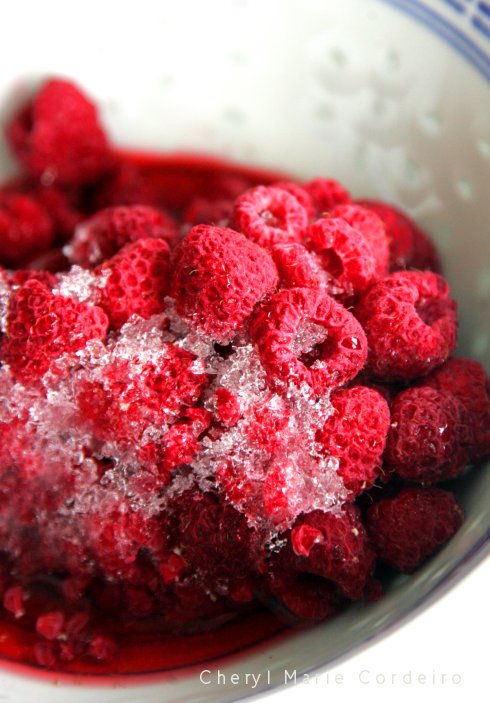 Using fresh raspberries for this ice-cream will be the joy of late summer! At this time of year that is March, I found it most practical to just reach for frozen raspberries in a box.

Despite this sometimes negative filter of connotations of cooking as a coerced and necessary activity whilst growing up, I still find myself often writing about how I find cooking therapeutic, my point of view of cooking differing from those of my aunts and cousins. There are of course, many drivers of change that contributed to this difference in opinion in one generation, from a changing consumer landscape to globalization, an equalizing of women’s rights to landing in a new country etc, but whether it’s in the making of your own tapenade or of a homemade chocolate hazelnut spread otherwise known as ‘nutella’, the circumstances of today has made cooking a luxury. 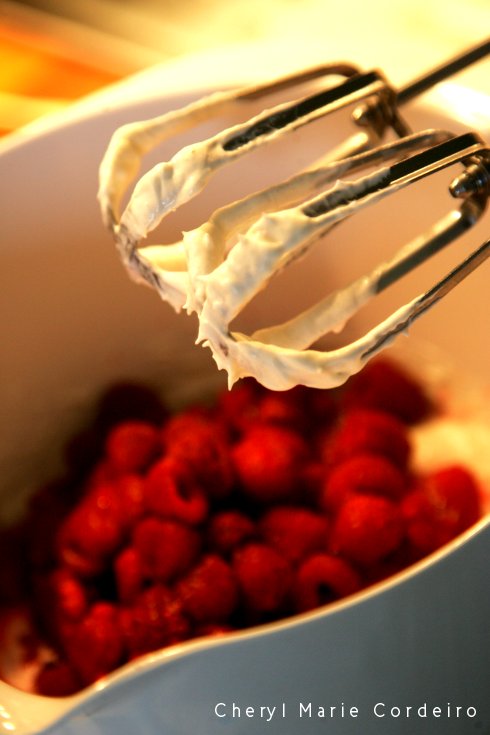 There’s a sense of hedonistic rush in the folding in of raspberries, with whipped cream and milk.

Being able to make this simple ice-cream is a personal luxury to me that is not just connected with the social concept of ‘time is money’ or the lack of time for hobbies these days per se, but rather to the multi sensory dimension of luxury. The ingredients to make this ice-cream is fairly basic, so any price considerations are of little influence as to why I would consider this Raspberry Cardamon ice-cream a luxury to me. It is the fact that I can in two seconds, decide I wanted cardamom instead of five-spice or cinnamon to the creamy batter and the fact that I know I use zero food colouring in this ice-cream compared to what I might get from a restaurant or a grocery store gives me a sense of satisfaction and a hedonistic rush that money cannot buy and cloaks me with a feeling of privilege.

In part it is the changing global environment, cultural values and family demographics etc. that enabled such a shift in perspective in a mere generation on the point of view of home cooking.

Though in a continuous dialogue and exchange of culture and values across generations, there is a small aspect of this Raspberry Cardamom ice-cream that I would like to share, encompassed in the dual aspects of luxury of being both inaccessible and accessible at the same time, that while unable to unravel events and experiences in history, might bring a pinprick of joy and indulgence now.

With any given recipe and on any given day at your convenience for example, a similar batch of homemade Raspberry Cardamom or whatever else flavour your heart desires, can be whipped up and enjoyed, on a whim for your very own consumption of both ice-cream and personal luxury.

And it isn’t so much that time has now become such a scarce commodity, but the change in the perception of the activity of cooking from one of pain, to pleasure and then to personal luxury is certainly a shift in the paradigm.