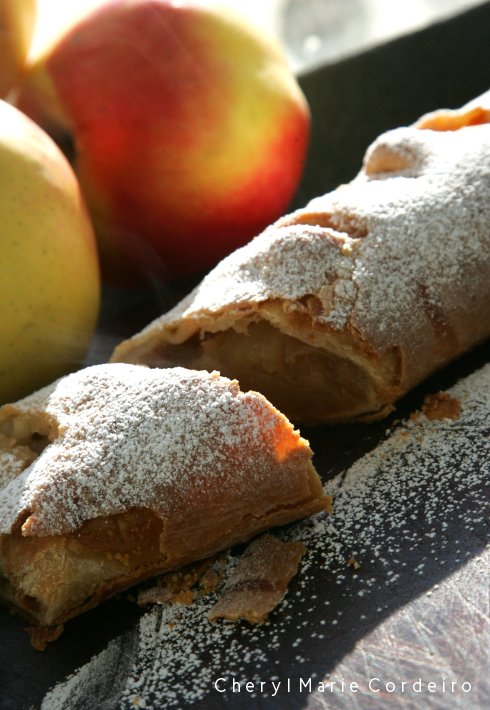 Apples are generally a late summer harvest in Scandinavia, where in west coast Sweden, Signe Tillisch and the Red Ingrid Marie are varieties that can be found in plenty of home gardens.

There are many recipes to apfelstrudel in cookbooks and the internet on what goes into such an excellent creation, where finding your favourite combination of recipes for your perfect strudel is a matter of search and retrieve at your fingertips. This here is mostly a photo blog on the making of apfelstrudel with, just apples. 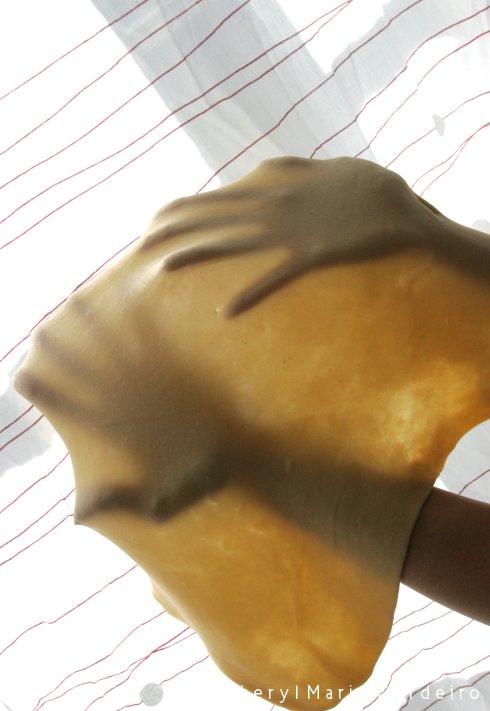 The trick to Phyllo pastry is to get it paper-thin. This here is almost there, with more stretching of the dough to come.

I contemplated between using puff pastry or phyllo pastry, where in this making of apple strudel, I tried with phyllo. It was a single large sheet of unleavened flour dough that was subsequently rolled around the apples to create layers. 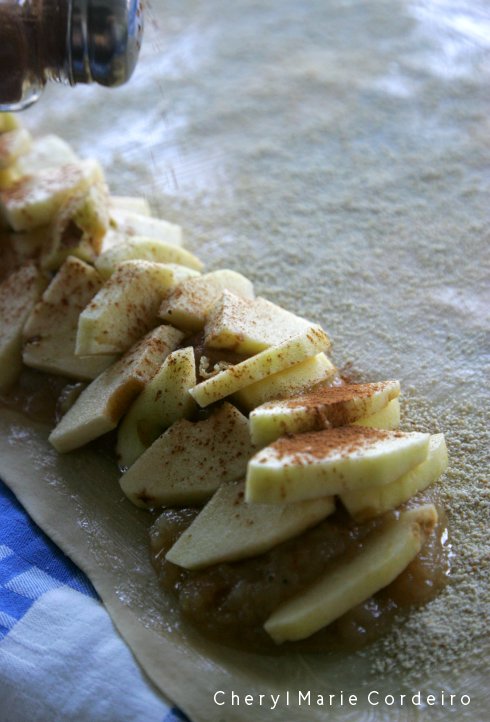 The apple sauce was made with at least two varieties of Swedish apples. On top of the apple sauce, some green Granny Smiths dusted over with cinnamon. 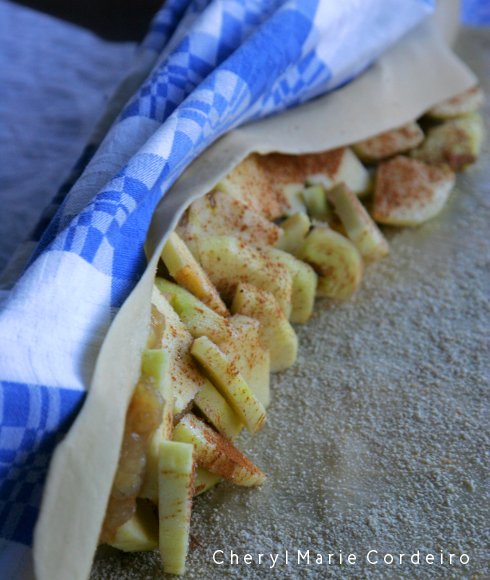 A cheese cloth or linen helps in the rolling. 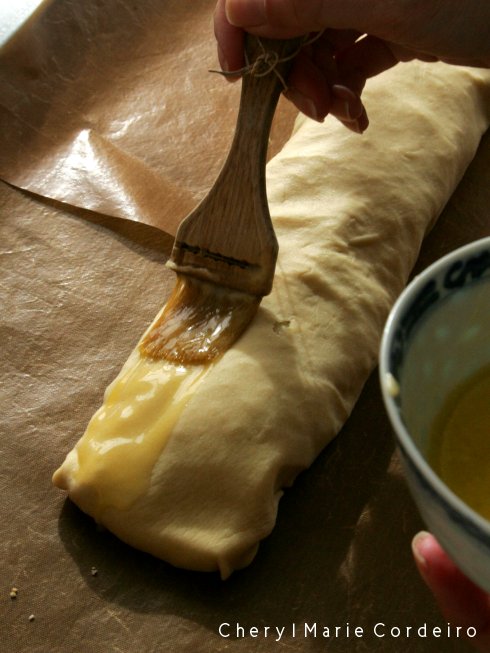 Brushing over with butter, to help in the browning. 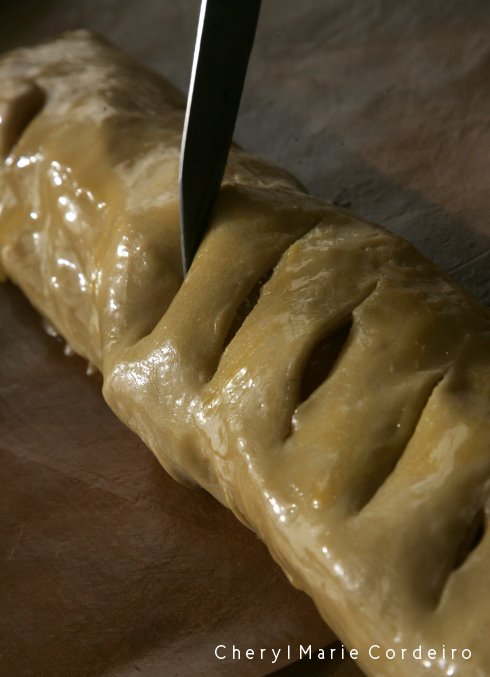 Vents, to help in the baking and the decorative look of the strudel. 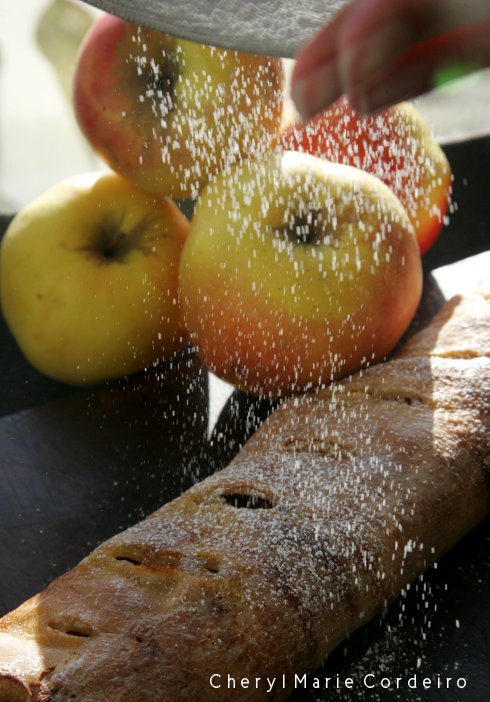 Once baked and out of the oven, a dusting over of icing sugar. 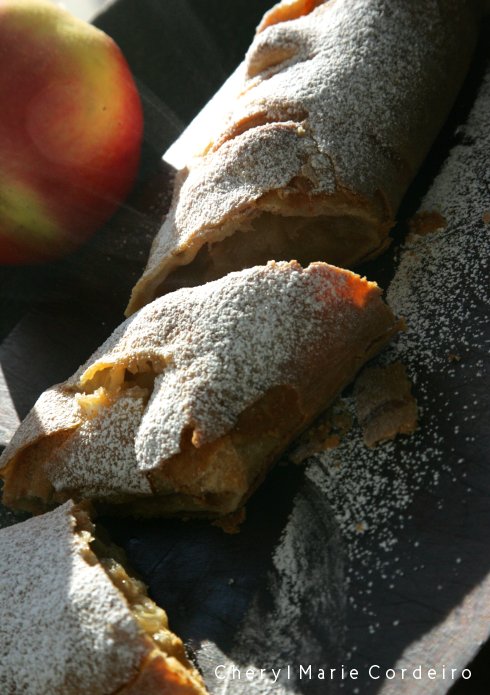 This strudel was baked for about 45 minutes in a Bertazzoni at c. 175C. I wanted time enough for the cut apples to soften and the apple sauce a little of a smother over the phyllo when served.

A completely different palate of taste compared to the phyllo pastries for triangularly shaped curry puffs back in Singapore, but there again it was those curry puffs, these days sold only in spsecific coffeeshops in Singapore, that had first led to my love of phyllo pastries, the result of which was this prelapsarian apfelstrudel.