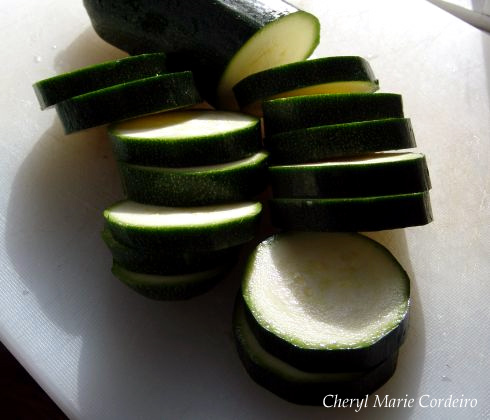 The zucchini or “summer squash” is the unripe female fruit of a zucchini. You can see this from the white seeds. The mature ones tend to be more fibrous.

Then I placed the slices according to their colours in an alternating circle on top of the fried garlic and shallots until the pot was filled, then added some black pepper and salt and left the pot to simmer under a lid for about 10 minutes.

As an afterthought towards the end of the cooking time I added some peeled tomatoes, though it might not be necessary. If the eggplant has had enough time to soften, and the tomatoes used are ripe and flavoury enough, these ingredients should all be done now and they would have all kept their shapes. 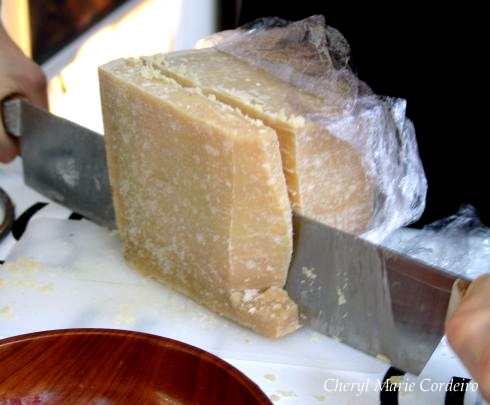 A seven year old Parmigiano-Reggiano cheese that we recently managed to secure a slice of at the Passion for Food fair in Gothenburg. 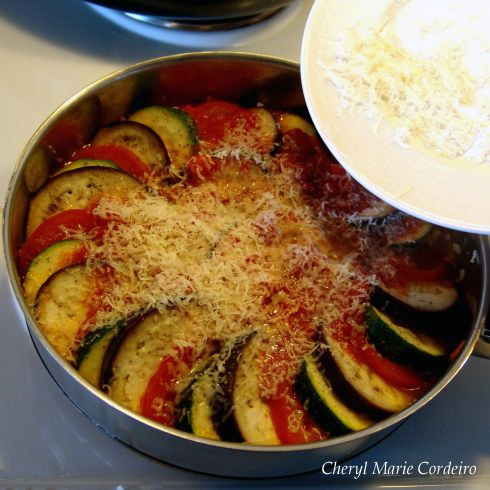 You will need very little of this cheese to add quite some to the flavour.

As a last touch, I added some grounded Parmigiano-Reggiano cheese on top of it and gave it a few minutes under a hot grill in the oven, to give it a gratinated cheese crust.

In this variation I think I would dare to say this dish works as a vegetarian main course but it would be still better as a part of a buffet. It did not really turn out exactly as in the movie, but then again, I’m no adorable gourmet cooking rat-chef!

P.S. As a curio I surfed around some while writing this, and it appears as if the problems with the dish vs. the title was a real one for the movie producer, and one that was not solved until several years into the production of the film. It was celebrity chef Thomas Keller who was the one that came up with a Ratatouille variation specifically made for the movie, that he called confit byaldi, which we can check out here.

The movie Ratatouille is a highly recommended watch, if you haven’t already seen it! 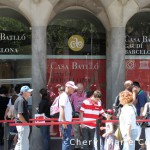