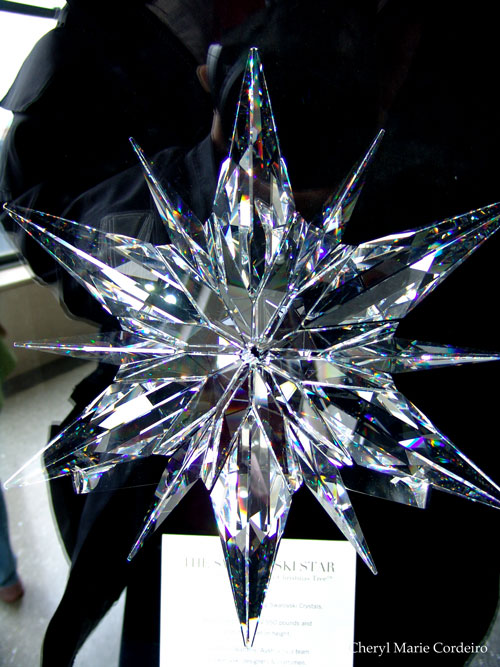 Though it’s not yet Christmas, it’s all the same magical, to view the Swarovski Rockefeller Star topper that adorns the Rockefeller Christmas tree each year.

I hadn’t expected the visit to Rockefeller Center to have been any different from the visit to the Empire State Building. But it was. For one thing, not all visitors were forced to have their pictures taken for souvenir purposes, and one could choose to by-pass all picture taking and head straight to the top.

The weather had let up some and the skies though cloudy, were azure as the eye could see. The view from the Observation Deck of Rockefeller Plaza or the Top of the Rock, proved more beautiful than that of the Empire State Building, with a more open, less cagey design. There were friendly staff on the Observation Deck to help with your queries and take pictures for guests at a minimal fee. 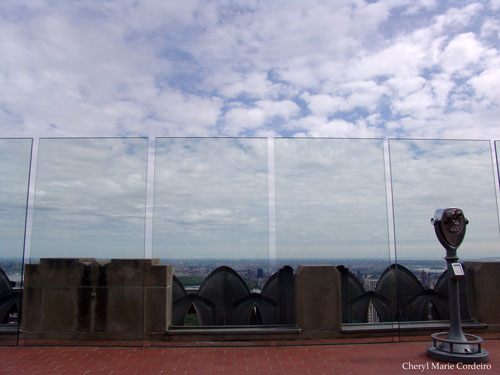 The Observation Deck, at Rockefeller Plaza.

Wooden benches with name plaques engraved with names of those who donated the benches, were placed alongside the wall of the Observation Deck. And because it was such wonderful weather, we took the opportunity to sit, relax and simply enjoy being at Rockefeller. It wasn’t as if there were no others there, but the generous layout and space around the Observation Deck meant that one could have their privacy to take a languid unwind, as others walked by. 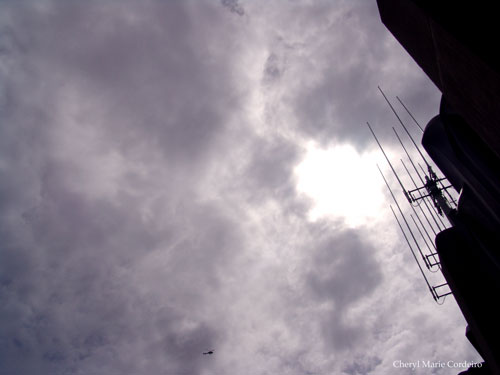 Feeling small in a world of possibilities. A view of a helicopter from the Top of the Rock

The stress free environment at the Observation Deck at Rockefeller Plaza coupled with the excellent view, was able to invoke a feeling of romance comparable to that of the Eiffel Tower in Paris. A romance that I believe the producers of Sex in the City also understood, as shown in this advert by Annie Leibovitz, for SATC, the movie. 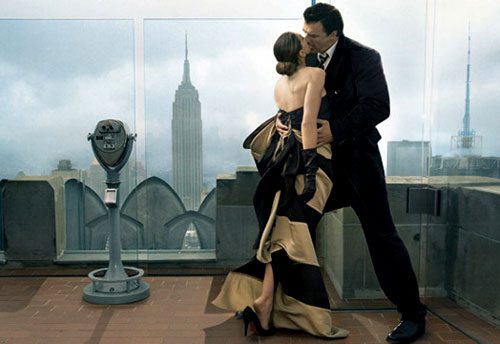 At the Observation Deck, a fantastic view of St. Patrick’s Cathedral, a cathedral built around the mid-1800s as a school for young Catholic men, conducted by the Jesuits. Once the tallest architectural construct in New York, it can accommodate 2,200 persons. 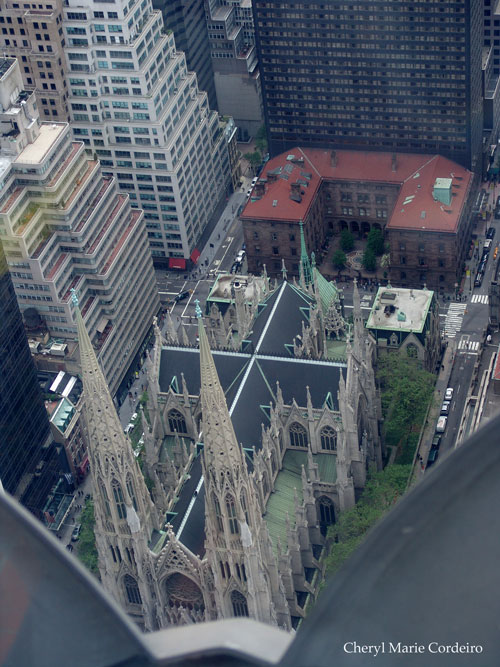 St. Patrick’s Cathedral, from the Observation Deck at Rockefeller Plaza. 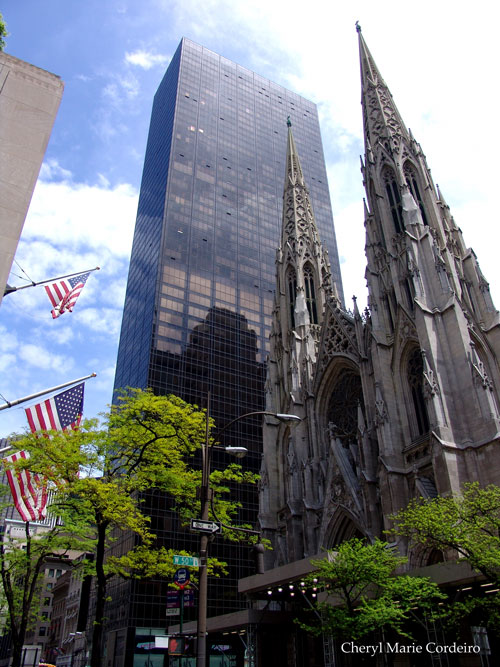 Where it was once a most massive architectural construct in New York, St. Patrick’s Cathedral is today overshadowed by modern skyscrapers. Still, it remains characteristically strong in its neo-Gothic features by James Renwick, Jr.

Back on ground, Rockefeller Center continues to impress and welcome with its grand Concourse. The Concourse is an outdoor café and restaurant during the summer, and an ice-skating rink during the winter. 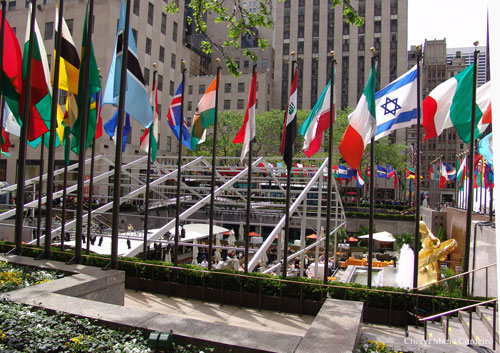 A view of the Concourse at Rockefeller Plaza.

There are about 200 flagpoles at street level of the Rockefeller Plaza where flags of member countries of the United Nations are flown. Flags of the United State states and territories or various decorative, seasonal flags are also flown at various intervals. Public holidays in the U.S would see all flagpoles carrying the flag of the U.S.A. 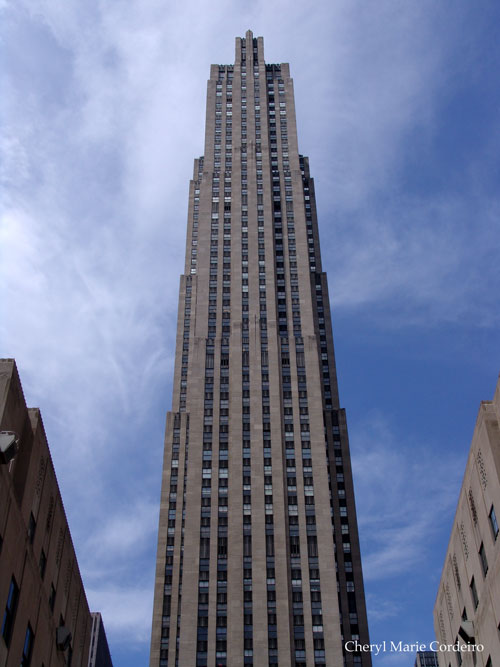 Rockefeller Plaza, one of the more beautiful phallic symbols of New York.

I thoroughly enjoyed exploring and learning about Rockefeller Center, and it would be one place I would love to visit during the Christmas season.