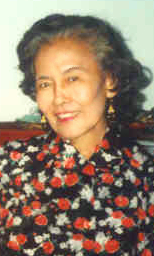 Dorothy Cordeiro, my grandmother. Photo from the late 1990s.

For some reason, history is hard to hold on to in Singapore. The pace of life is fast, the landscape continuously sculpted by new and evolving technologies. It somehow seems like everything new is immediately better than anything old.

The Eurasian community in Singapore is small and memories are fading fast, which is one among many reasons why I have put some effort into reconstructing my own grandmother’s, Dorothy Cordeiro’s recipe of the Eurasian Almond Sugee Cake.

While my grandmother managed to cut a svelte figure throughout her life, I have the fondest memory ever from my earliest childhood of her mother (my great-grandmother) being one of the rotundest women I have ever seen. So, go easy on this cake, if you get to try it!

The aroma of my grandmother’s cake was so tantalizing that my grandfather Aloysius, could hardly wait for them to cool before stealing a few slices for his own cup of afternoon tea, to be enjoyed in the company of his chirping caged birds. 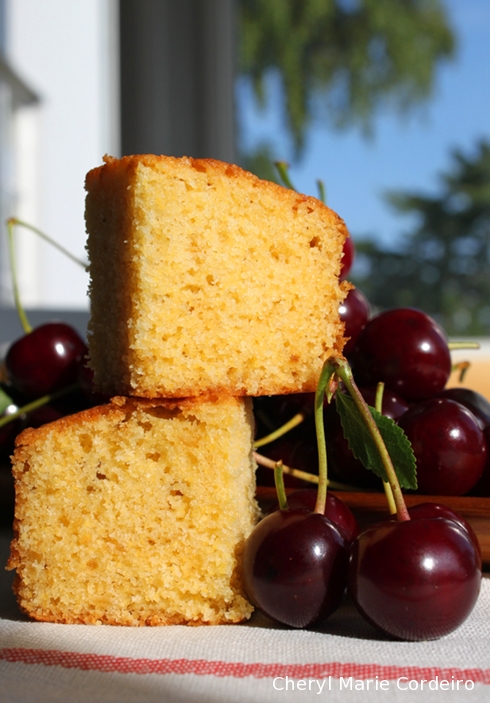 The Eurasian Almond Sugee Cake from a recipe by Dorothy Cordeiro.
Text and Photo © JE Nilsson and CM Cordeiro 2012

In my earlier blog post on “Blueberry Muffins Intellectual Property“, I have mentioned that the secret to good cooking is not only knowing the recipe but knowing how to put it together. Therefore, no two individuals will produce the same result even with a shared recipe.

I have personally stood beside master chefs, recipe in hand, observing and absorbing as much information I could and still ended up with something different once at home. Then I have seen other chefs recreating dishes from memory, from entirely different raw produce, but still getting very close.

So with this said, in keeping with the belief that recipes are meant to be shared, if not evolve, here is as close as I can get it, Dorothy Cordeiro’s traditional Eurasian Almond Sugee Cake.

The first obstacle in this, is to find the right flour. In Southeast Asia, ‘sugee’ is easy enough to find but elsewhere it might be called semolina. Semolina is basically just coarsely ground durum wheat. It is high in protein and of a light yellow hue. In Sweden, it is called mannagryn and pretty popular for making porridge. Similarly coarsely ground corn or rice will produce a very similar flour, though with a different taste./p>

The basis of this cake is a traditional pound cake, albeit with a Spanish twist to the sémola bizcocho de almendras, which is to drench in brandy for large and festive events such as birthdays, weddings, anniversaries, Christmas and Christenings. 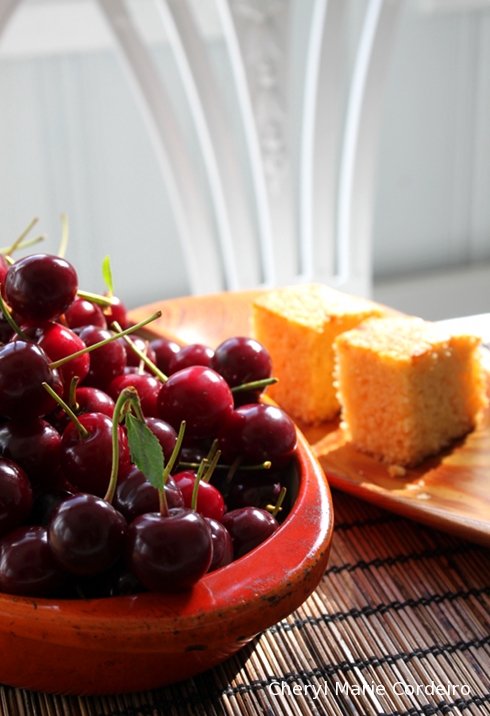 In Sweden – Morello cherry season! These ripened sour cherries from our garden are not customarily eaten as is in Sweden but saved to be pressed into syrup or as tart filling.

The method is similar to what I had explained for the Almond Sugee Cake recipe from Wendy Hutton (2007), the making of this Eurasian cake with Spanish influence begins with soaking the semolina in the melted butter for about 4 hours. My grandmother would grind the blanched almonds till it resembled a fine meal, which meant that her sugee cake often turned out lightly textured.

Once the semolina has soaked in the butter for the past four hours, or even over night, the cake making itself can begin proper. The egg yolks are hand whisked in one bowl with 250g castor sugar till light yellow with a smooth and creamy consistency. In another bowl, the egg whites are hand whisked with the remaining 250g castor sugar till stiff peaks form with the cream of tartar (potassium bitartrate) to keep the egg whites from drying out during beating and to stabilize the volume. The castor sugar will make the egg whites beautifully glossy while the hand whisking gives the protein strands in the whites its elasticity so that the volume will hold whilst baking. The baking powder, soda and cream of tartar might seem unnecessarily complicated but just take her word for it, at least for the first try, since the chemistry is quite complicated.

The butter soaked semolina and the almonds would then go into the egg yolks, a third at a time and stirred with a wooden spoon till combined. The rest of the ingredients – vanilla, baking powder, baking soda, brandy, pinch of salt and bitter almond extract all go into the cake batter at this point and stirred till combined. No modern machinery needed. Half of the whisked egg whites are stirred into the cake mixture, and thereafter at the end, the other half gently folded in, the method is similar to one used in the makings of a light sponge cake.

The cake is baked at 175C and depending on your oven and what type of pan you use, it would take ca. 40 to 45 minutes. The cake is done when the top turns a golden crusty brown and when a skewer comes out clean from the middle of the cake.

Cake baking requires some understanding of physics, the branch of thermo dynamics, and chemistry. Some common challenges when baking the sugee cake or the Spanish / Italian almond cake, which is the recipe culinary heritage that Dorothy Cordeiro used, include:

(i) deflated sugee cake (sunk in the middle), and
(ii) uneven distribution of almonds.

If the cake sinks, it is most likely that the temperature from oven to cooling rack is too drastic, or that the initial baking temperature set too high so that the cake rose too quickly, without giving the opportunity for the egg whites to set. So once out of the oven, the cake would behave as a soufflé. To remedy, bring down the quantity of leavening agents, beat the egg whites till stiff peaks (not overbeaten, as you will destroy the elasticity of the protein strands) and moderate the temperature drop from between oven to cooling rack. This you can do by turning off the oven and leaving the cake in the oven for a few minutes with all heat off, till the egg whites set. In address to the second challenge, if the batch is large, and for Christmas, usually cake batches are made to serve small villages, stir the batter consistently to ensure an even pour. The chopped almonds should also be dry so that they remain buoyant in the consistency of the semolina batter.

Dorothy Cordeiro usually baked her sugee cakes in loaf tins – the easier it is to drench with more brandy. Marzipan and decorating with icing sugar would be the next steps on her list, the loaf shaped cakes also proved more convenient to cut and package.

I believe she totally enjoyed the bit on brandying her cakes, just before that final wrap in foil and ribbon tie for gift giving in the more festive of seasons.