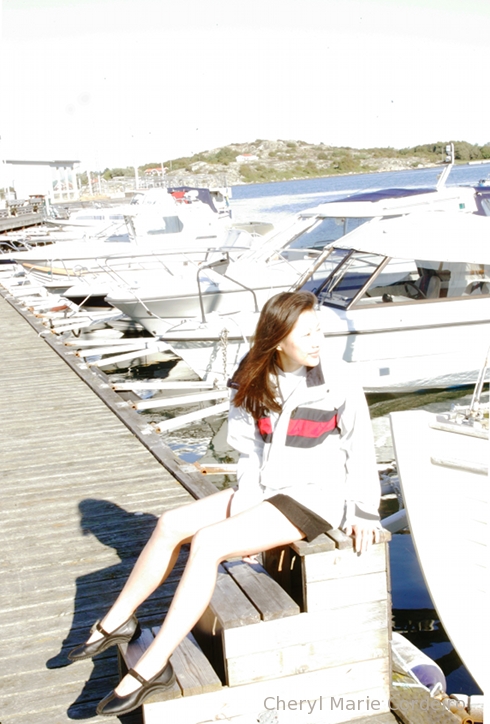 A weekend morning at the Strysö yacht marina – ’twas the time before breakfast, when all through the lull, not a creature was stirring, not even a gull… (freely after C. C. Moore)
Text and Photo © JE Nilsson and CM Cordeiro 2012

The summer has been unusually rainy they say. But for me, it has felt like each summer’s day thus far has had something interesting to share or show. Perhaps it was the growing up in Singapore, in the midst of warm tropical rainstorms that hits you one minute just to be replaced by sunshine from a clear blue sky the next minute that makes it impossible to think anything bad about rain, especially the warm kinds. Perhaps it is the fresh Nordic air, the complete silence or the deep sapphire blue waters lined with green, softly waving gossamers of seaweed that touches the primordial in you. The sense of serenity that greets you in the early mornings of the southern archipelago of Gothenburg is priceless. 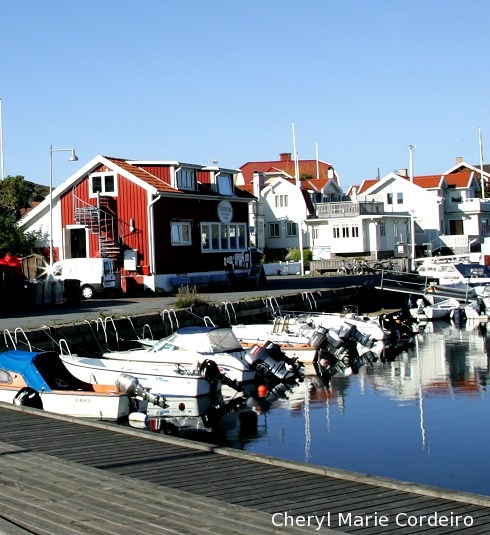 In the land of the Midnight Sun, where the nights are short during summer, the stillness of the early weekend morning goes uninterrupted with nothing much stirring. It’s difficult to tell if the occasional persons are early risers or just on their way home from a yesterday’s come-together.

As I sit at pier side contemplating the breaking colours of a seaside dawn on the late summer days of 2012, I overlook the narrow waterway that leads the occasional boating tourist to this place that is also an important coastal route for commercial trawlers and bunker boats servicing containers ships en route to the Gothenburg harbour. I think it marvelous too that the same waters would come in rich shades of azure when lapping off the shores of the Swedish west coast archipelago that turns various shades of mangrove green when curled around the granite littered shores of Pulau Ubin in the archipelago of Singapore. Sitting here at dawn, that one force that swirls around the two entities that are continents apart in different climate zones reverberates at your core. 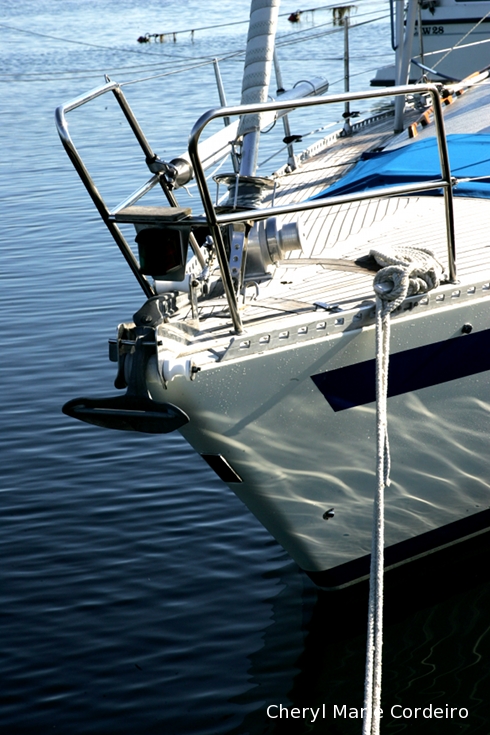 Both islands, one near the arctic circle and the other residing in the archipelago of Singapore along the Asian Equatorial line. The former having grown from fishing settlements and Viking hideouts from way back in history to a modern tourist resort of today, the latter whose main island, that of Singapore, grew from an entrepôt harbour to one of the worlds busiest finance, trade and telecommunications hub. Pier, in the sunrise that is winding down towards a mellow autumn.

This western Swedish archipelago occur in written sources from the 1200s. It was an important checkpoint for provisions and navigation, providing a safe and protected route along the coast at a time before lighthouses and radar, not to mention todays gadget number one, the GPS was invented. Even the large Swedish East India Company ships found this a convenient place to dock for filling up their fresh water supplies from the wells here immediately before departing to China during the 18th century. Having seen the actual wells, I am personally not too convinced that was an entirely good idea but the alternative fresh water supply from inside the city of Gothenburg might have been worse. 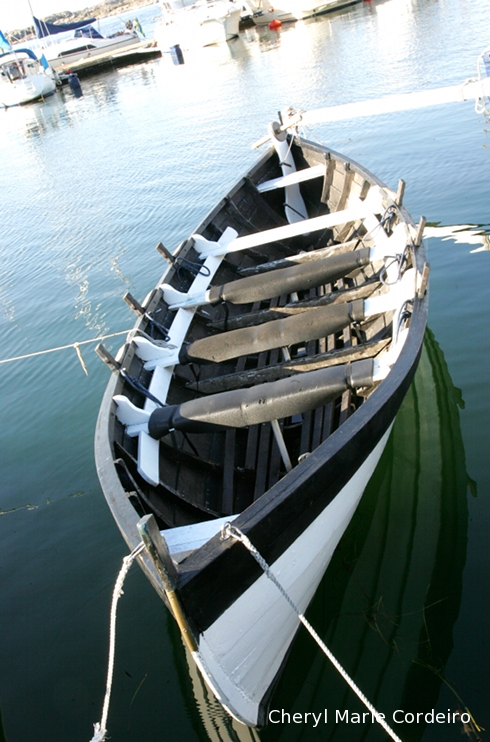 The black and white hardy Swedish ‘sampan’, one of my favourite boats docked in this inner harbour of the island of Styrsö. A staple sighting at this marina, here, the same boat, a pair, during winter. 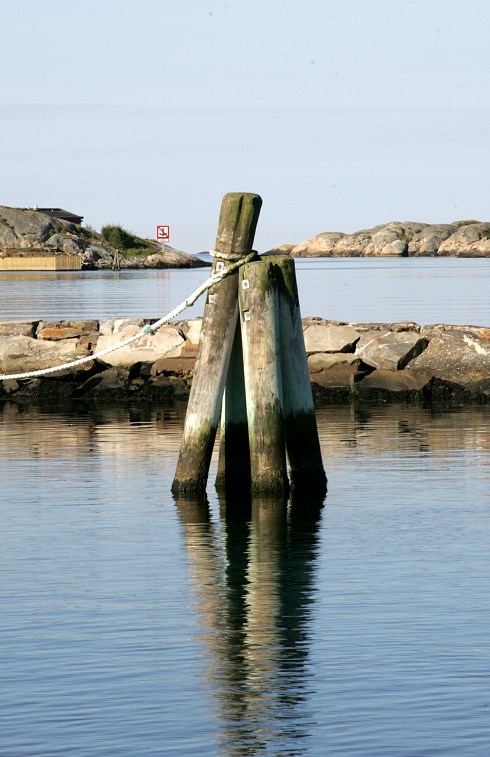 A ‘dykdalb’ of heavy logs sunk into the sea bed offers safe seating for the perpetual spectators – the sea gulls, and safe support to the occasional coastal guard crafts or commercial ships mooring for bunker.

In the past decade since I’ve been here, the surrounding islands have indeed become more tourist oriented, where in fact, a little over a decade ago in the late 1990s, the islands were restricted military area with no foreigners allowed to visit these islands without applying for a permission in beforehand. Today in the guest harbours of this archipelago, you can not only see yachts and sailing ships with flags from different nation from Great Britain, France and Germany, to the usual Scandinavian neighbours of Norway and Denmark, but come Harbour Festival days, you can tuck into authentic Indonesian cuisine with the island grocery stores carrying stocks of lemon grass, galangal and red chillies. At Bratten the old lodge and restaurant of the infamous smugglers queen and whatnot, Mdm Öberg, basks in the sun. Nowadays lovingly tended by the local historical and spice garden society enthusiasts, and also operating as a popular café. With more people visiting the islands during the summer months today than in the early 2000s, island amenities have also grown. The cafés around the islands have upgraded, ferry services now run more often during the summer months, sometimes every half hour at real peak seasons with ultra light catamarans instead of ones with traditional hulls. Still quaint for tourists would be the island moped as transport that often draw quaint and amused smile, together with nods of friendly acknowledgment. 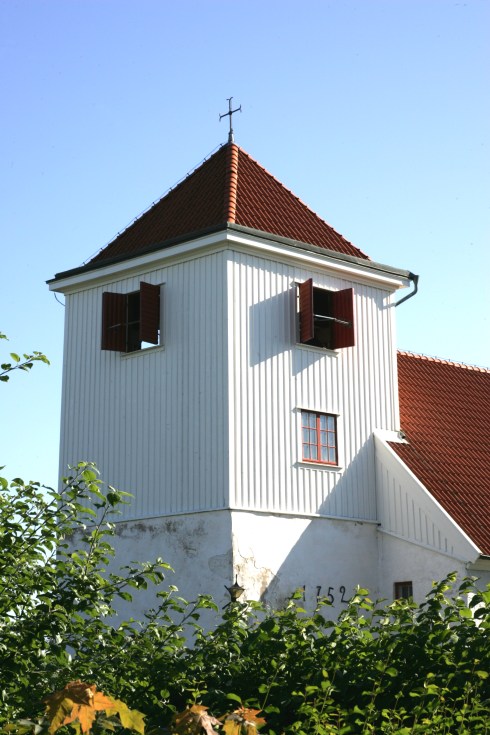 Despite Swedes being very secular in general, the bells of this small historic church built 1752, call everyone to mass every Sunday morning. Not that everyone heeds it, but it anyway, feels nice. A crack in time – red geraniums inside a 19th century window.

A visitor to the island might find a sudden and unexpected view into someones summer paradise, opening up though a gate along the narrow winding private roads. In this window, red geraniums. One hundred years ago this view would have been exactly the same. A significant number of the older houses that are still standing on these islands were erected at the end of the 19th century when this particular island was brought into reach of the citizens of Gothenburg via the new invention – steam ships. These days come a development towards a recreational health resort from being a bristling herring fishery industry. 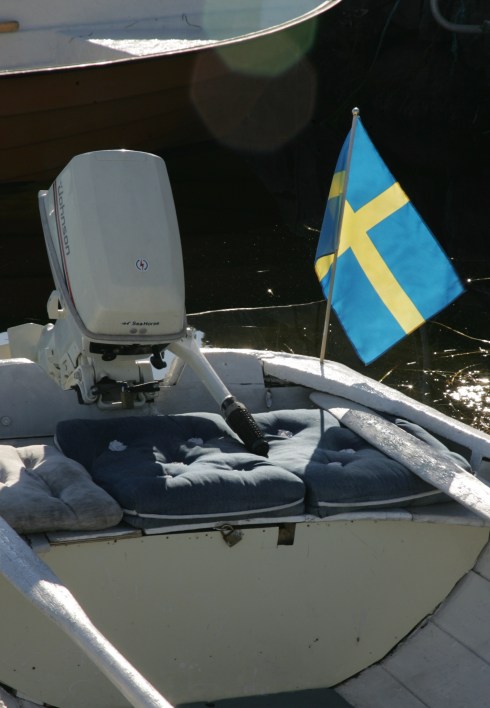 The tradition of flying the national flag of your craft is carefully upheld by the old-timers, many of whom would have themselves crossed the line at sea in their youth, and know how things should be in the waters, and that true seamanship does not depend on the size of the craft you command. 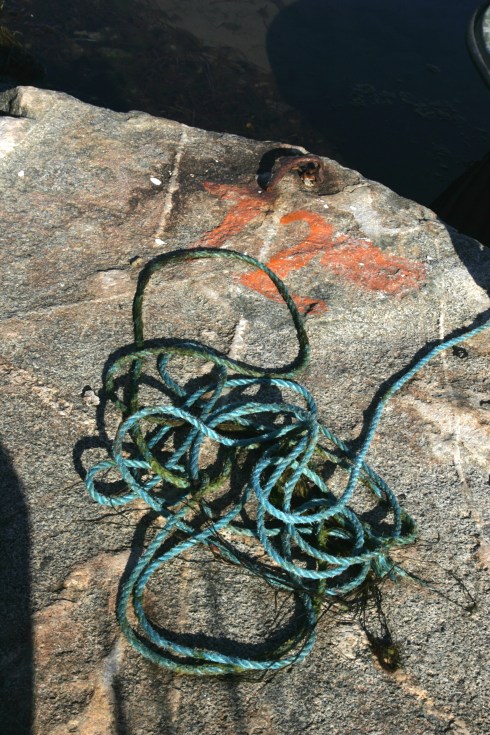 A private mooring is rich. The rifts in the rocks was carved into the surface by the glaciers moving over them at the time of the last ice age. The mooring ‘number 12’ was probably claimed here not long after that – drawn in blood – and will never be given up, come next ice age or not. Ok, that might be a slight exaggeration. Or not.

But these archipelago harbours are not only for the sailing enthusiasts to stop over during peak warm months. An activity to enjoy all year round would be to hike to the Great Rö which is the highest point on the island to its magnificent view. You see Bohuslän to the north, the city of Gothenburg to the east, Halland to the south and to the west, you’ll find the breaking silhouette of the historically important Vinga lighthouse at the horizon, a contemplative view located above the buzz of the summer activities of the guest harbours below.