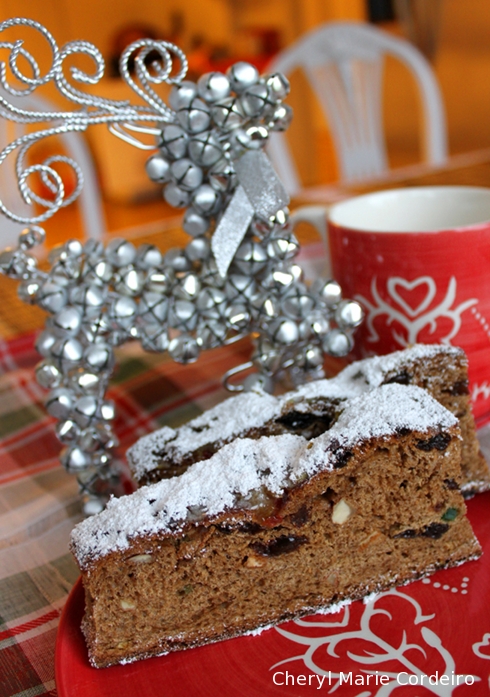 Stollens are one of my favourite festive foods at year end, together with the British inherited version of dark brandied fruitcake / fruit pudding mainly because I find so exotic and comforting at the same time, the blend of flavours from the butter, the spices and dried fruits. 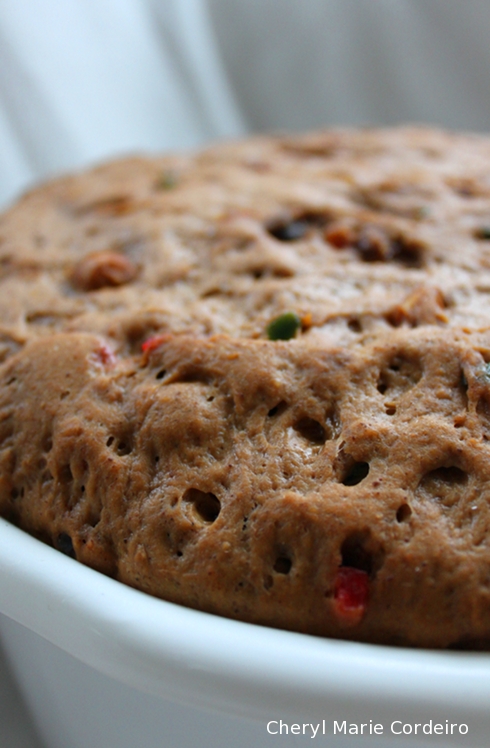 With fruits in the dough, during raising.

What’s more with stollens is the versatility of the recipe. Most recipes would have a German heritage but if you googled for Australian Christmas stollens for example, you’ll find a great variety of summer seasonal fruits used in Australian stollens just because Christmas happens during summer in the southern hemisphere, lending the opportunity to make fresh berried stollens or stollens with tropical fruits instead of dried candied fruits the northern hemisphere recipes call for. 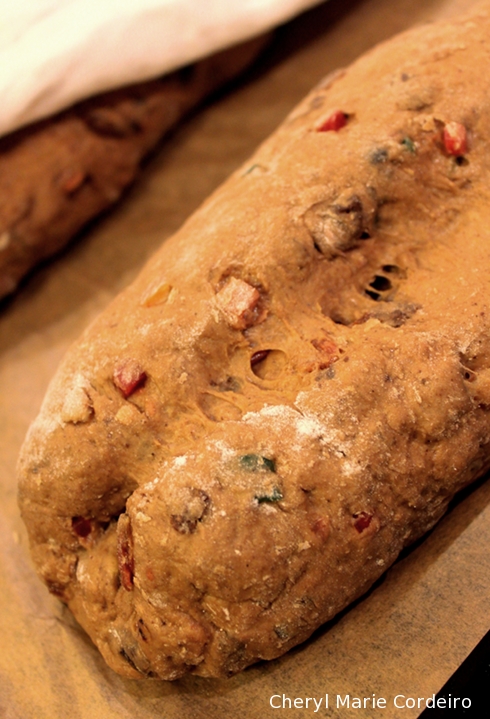 Shaped for the second raising.

In this ginger-orange stollen, I decided to fold in the dried candied fruits into the dough instead of folding in the fruits after the dough has risen, as some recipes call for. And in this baking round, the breads seemed to turn out fine as they were. 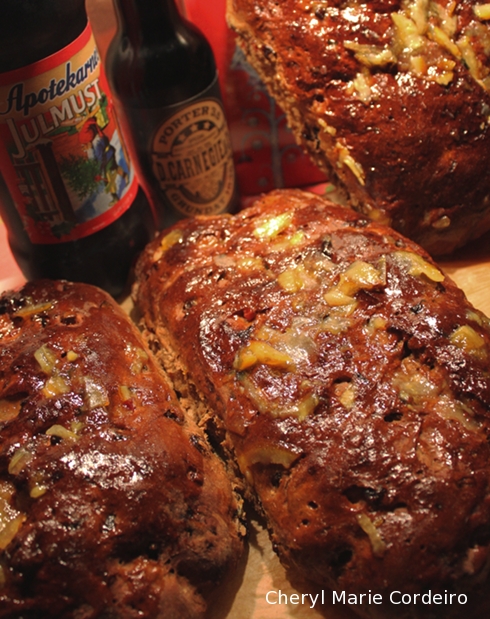 Out of the oven and glazed over with caramelized orange marmalade made a day earlier. 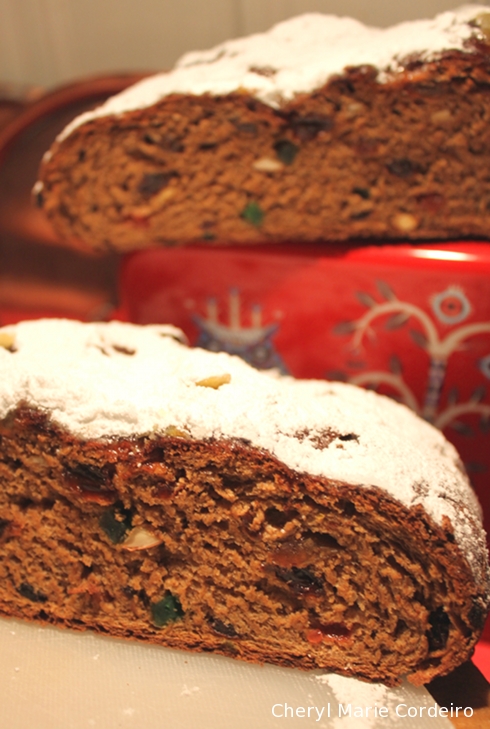 Dusted with icing sugar and served.

The method isn’t complicated, simply begin with melting the butter to no warmer than 37C and then adding in all other liquid ingredients, followed by the dry ingredients. Stir till the sugar and yeast dissolve, and knead the dough till it comes away from the sides of the bowl. Cover with a linen tea towel and let rise in a warm corner of the room. Once risen, you can transfer the dough onto a kneading board to shape it into loaves. Then cover again with the tea towel and let rise a second time. Once the dough has again almost doubled in size, simply pop into a ca. 200C oven and bake for between 35 to 45 minutes, or until the loaves are done.

I had let the loaves cool some before glazing them over with some caramelized orange marmalade that I made the day earlier. Then dusted it over with icing sugar before serving.

And I realized even before I sat with a cup of coffee with a slice from this set of baked stollens, I was already thinking of my next stollen baking inspiration, where I’m leaning towards a spice filled gingerbread filled with just sultanas and raisins.