Saturday inspiration: the story of Biba 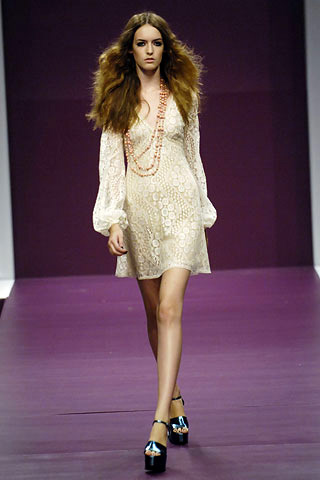 Wherever the girls went there was silence. Elly was completely blue: blue make-up, blue clothes, blue cap and blue curls. Eva was all green, Del all violet. Some girls were all in black… in their full regalia looking as if they had just left a Fellini set.’
– Barbara Hulanicki, describing the impact of the Biba look in ‘From A to Biba’.

Think Biba and the associations from the ’60s were mini-skirts, mini cars, the King’s Road, Big Biba (once deemed as ‘the most beautiful store in the world’ by the Sunday Times, UK) and various other London happenings that defined that decade as one that rocked.

But Biba is a true rags to riches story and one that is devoid of a happy ending for its creators, Barbara Hulanicki and her husband, Stephen Fitz-Simon.

It was Fitz-Simon who suggested to Hulanicki to design a garment to be sold by mail order. Biba’s Postal Boutique was duly formed and her long evening skirts with draw-string waists sold moderately well in the Daily Express. Other garments followed, with varying degrees of success, until Felicity Green, Fashion Editor of the Daily Mirror, proposed Hulanicki’s design something for a reader’s offer. The resulting pink gingham dress sold through the paper for 25 shillings, and immediately netted £14,000-worth of orders. And so began Biba proper, with their business being run from their apartment.

Biba has been often known to flout fashion norms. In terms of the Biba palette, colours were often funeral-like – blackish browns, dark prunes, plus rust and blueberry hues. This is a trend you can still find reflected today in the current Biba collections. 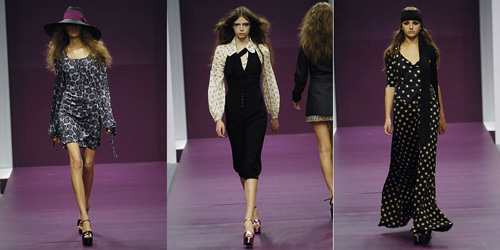 Hulanicki realised, as she wrote in From A to Biba, that the colours were

dull, sad Auntie colours I had despised in my young days. They looked better in England’s grey light, almost vibrant against the grey buildings and pavements.

But Hulanicki’s sense of rebel caught on with the London celebrities and business boomed to become the 400, 000 square foot, Art Deco Derry and Tom’s department store on Kensington High Street. Her sense of fantasy extended to their store where Biba Big was not just a department store but rather a place for socializing, an experience of shopping, eating, drinking, networking and simply perching oneself on the rooftop garden to contemplate life’s splendours. There were even performances by bands such as the likes of the New York Dolls, The Wombles, Liberace and The Bay City Rollers. Artist Andrew Logan also hosted opulent fancy dress parties, still talked about to this day.

But the dream did not last. Most of Biba’s business partners sold out their stakes and the new organization failed to appreciate the creativities of the Hulanicki and Fitz-Simon. Upon disagreements and a slow weeding out of the initiators of Biba, they resigned in 1975.

Biba as a fashion house was recently relaunched 2006 / 2007. I personally liked Bella Freud’s designs, with the bell sleeves and high cinched waists. But in the competitive world of fashion, their 2007 reviews didn’t look fantastic. They aren’t giving up though and their 2008 preview can be viewed here. Hulanicki’s colour palette remains, but they are lightening up some. A positive sign, me thinks.

Here’s a look back at the week’s outfits, where I’m doing some Biba palettes. 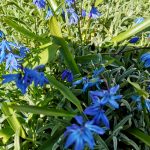