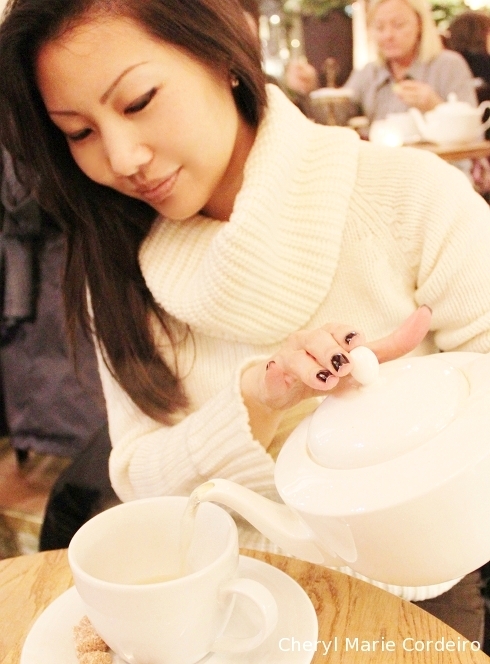 My Walden moment, of “home-cosmography”.
Text and Photo © JE Nilsson and CM Cordeiro 2012

It’s just a few days before Christmas, the Christmas weekend in fact upcoming. It is also that time of year when my mailbox gets filled with greetings alike from friends and relatives, many of whom send out a year-end summary of activities gone by as a tradition of keeping in touch – I delight in reading all narratives on how everyone is getting on in their lives no matter how large or small those changes are, from the feeling of accomplishment from a job well done at school / work to moving into that dream home of theirs and starting a family. Many updates also contain New Year’s resolutions, of goal setting for that constant strive to improve on life, on themselves, lending insight into what motivates each and every individual around us. 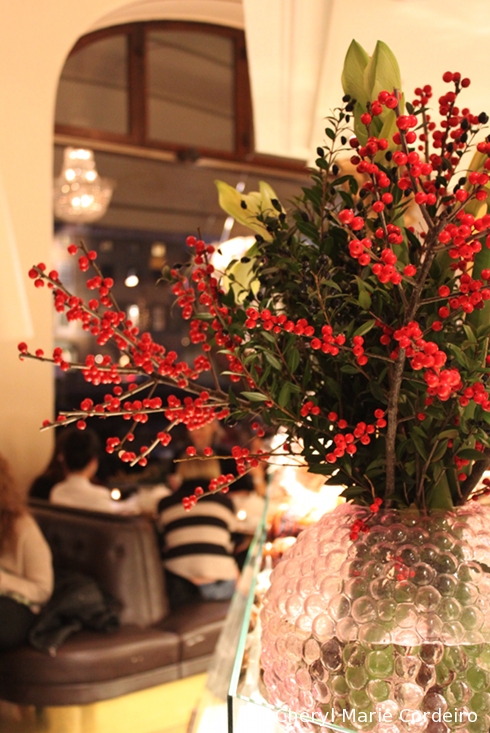 Inside Brogyllens Konditori, where live music played for the evening.

On the topic of traditions, it is several days till Christmas eve, which is the main day of celebration in Sweden, compared to the Anglo-saxon emphasis of Christmas day. This leaves plenty of room for the preparations of the time-honoured culinary fare that we might want on the Christmas table. And it was on this note that I took a swing around the city centre of Gothenburg, both to soak in the atmosphere that fast approaches the winter solstice and to see what items were freshest available for the Christmas table at home. 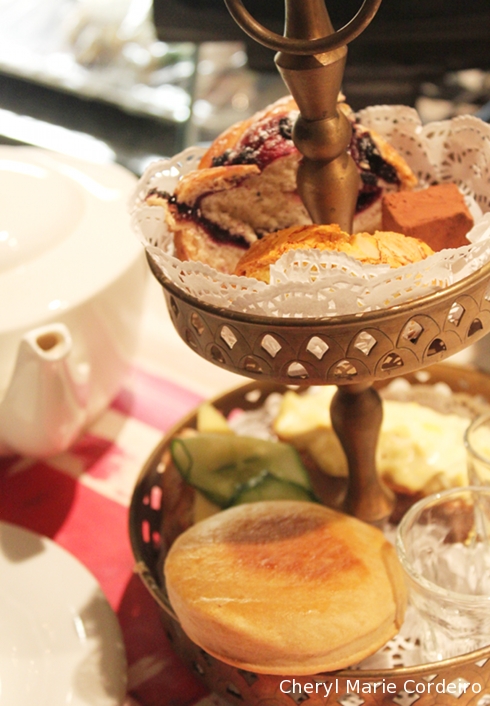 An assortment of cakes to tea.

Stepping out, I’m again struck by how wonderful the feeling come late afternoon on the cobble paved streets of Gothenburg that calls to mind that just slightly more than a hundred years ago, it was more common to see horse carriages work the narrow paths than the electric cars of today. The early setting sun gives chance for the window lamps to sharpen their silhouettes against the darkening sky in shapes of stars, hearts and outlines of the traditional Christmas pine tree. 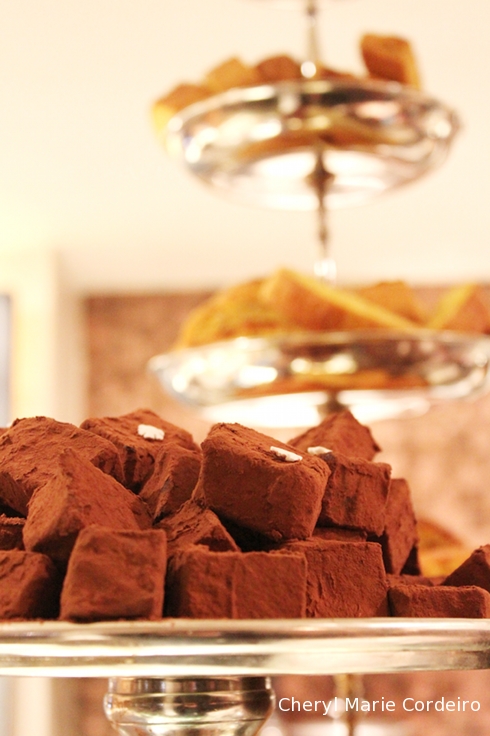 Even if the harbour city of Gothenburg, Sweden, isn’t quite as hectic and crowded as Singapore, Christmas wouldn’t be Christmas without the usual and expected shopping rush in the days leading up to it. And while it’s exhilarating to be in on this festive rush, I myself have somewhat broken with tradition years ago when I found that what I appreciate most during these days is the feeling of calm amidst this commercial scramble. And in part, my tradition has been to create pockets of serenity, to take time to step out of the jet stream of activities to sit and contemplate for example, which chocolate truffle flavour would complement a ginger flowered tea, or if not tea, perhaps a tall caffè latte? And to simply observe, the brightening of candlelight against the darkening skies outside that so quintessentially define these long winter nights. 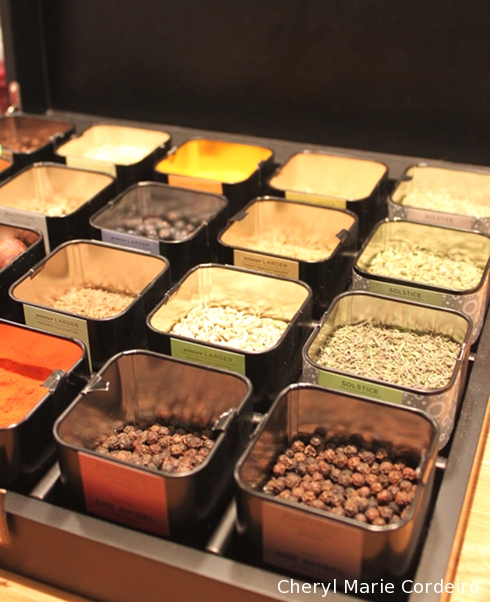 There’s still possibility to catch the stretch of winter nights that for me, so much define the season’s personality. One of my absolute favourite cafés in Gothenburg to sit for tea and a slice of chocolate cake is the largest of Brogyllens Konditori located almost directly across the Swedish East India Company’s old offices at the heart of the original commercial trading square of the city. The facing broad canal in Gothenburg just outside of this cafè functioned much like Singapore’s Boat Quay in facilitating the landing of goods for the Swedish East India ships. The thought of the each returning ship with their cargo, I liken to the very feeling of Christmas and of expectancy, tons of exotic items from silk to spices, porcelain and tea to unload from the sturdy hulls itself! And where the aromas of exotic foreign spices continue to fill the market halls till today. 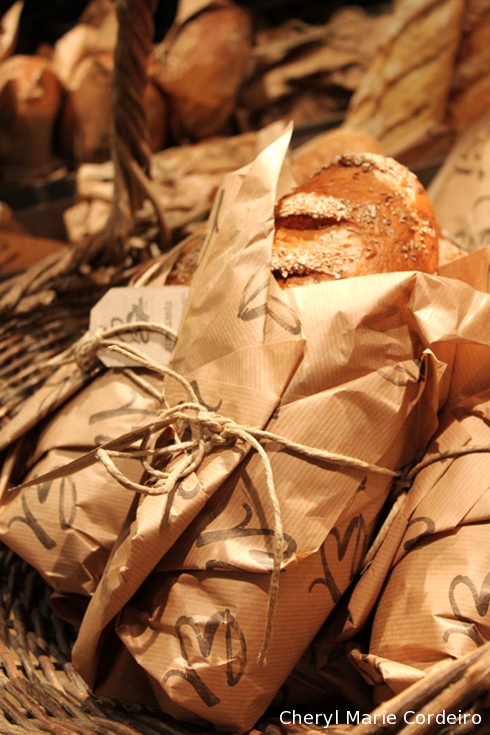 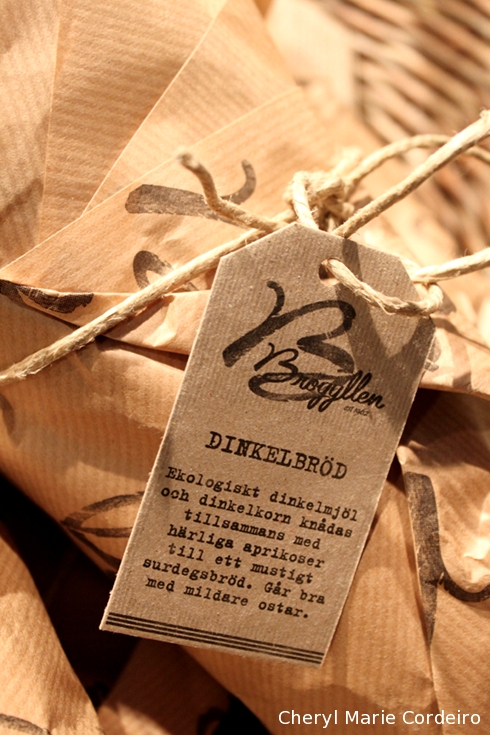 …and tied up with string.

If I were to contemplate my favourite hauls of Christmas shopping, I find myself loving both the innovative and the traditional. New and exotic concoctions of jams or pickled herrings out on the delicatessen counters intrigue and seduce me just as well as how the old classics of fresh baked bread and spice filled teas comfort me, as they had many others in the olden days. The innovative herald the future, the traditional gives a glimpse of how life would have been in centuries past. 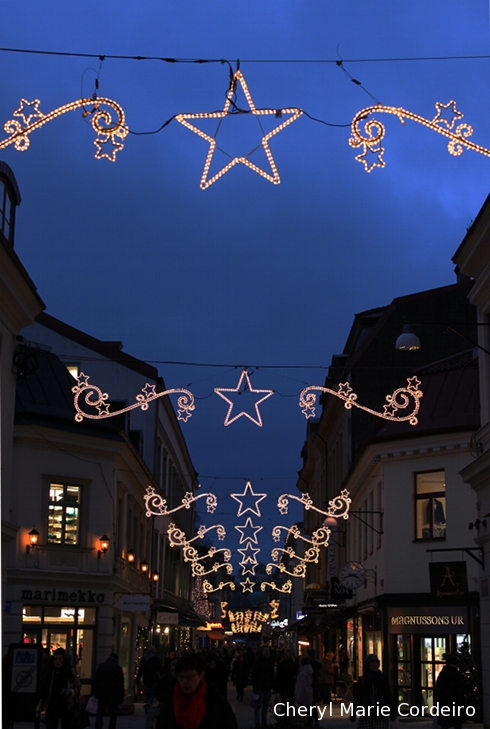 Dusk in Gothenburg in the days before Christmas 2012.

This evening’s walk found me navigating around to “brown paper packages tied with up string”, where in this context would be fresh stone oven baked breads of all sorts, from sourdough to rye, from pumpkin seed to ginger and cardamon. I mused too at the realization of global trade where in the modern city of Gothenburg, it seems specialties from all corners of the world are available right here.

In my own pockets of serenity created, what generally comes to mind are Henry D. Thoreau’s words from the concluding section of his book Walden or Life in the Woods (1854:342ff), where instead of a New Year’s resolution, where I had after my 16th not made more of, would be for me as Thoreau outlined:

“I learned this, at least, by my experiment; that if one advances confidently in the direction of his dreams, and endeavors to live the life which he has imagined, he will meet with a success unexpected in common hours. . . . In proportion as he simplifies his life, the laws of the universe will appear less complex, and solitude will not be solitude, nor poverty poverty, nor weakness weakness.” (p 346)

and that in this age of knowledge and network, coupled with that string packaged bread,

“Be a Columbus to whole new continents and worlds within you, opening new channels, not of trade, but of thought.” (p. 343)

To all who have shared your year’s activities with me – Thank You! – your words resonate with me, and you are in my thoughts.