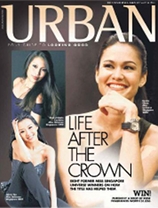 In a recent article in Urban of the Singapore Straits Times (by Joyce Chua, 18 January 2013.)I was given an opportunity to expand on my own experiences as being a Miss Universe Singapore winner.

A recurring question I get is what goes on behind the scene after that the pageant is won, after the crowning ceremony on stage, after the stage lights have dimmed and the TV cameras shut off. Most people probably expect the answer to be, incessant and non-stop partying for a whole year. Unfortunately, or fortunately, depending on your disposition, that is not really correct. Instead, that is when the ambassadorial role of any Miss Singapore title holder begins.

Till today I feel that the modern purpose of beauty pageants remain undefined. There are at least two aspects built into the structure of most beauty pageants, the entertainment front and humanitarian efforts, of which the public is more familiar with the former but see less of the latter. From this double portfolio comes numerous international opportunities and public relations efforts that begin immediately after the winner has stepped off the stage.

A few years ago I was invited to Penn State University to give a talk on my experiences of living outside of Singapore. At that time I had the pleasure of exchanging ideas with Ambassador Ashok Kumar Mirpuri, Singapore’s current Ambassador to the USA. His main point and experience from representing a comparatively small nation in the US, was reflective of my own, being that Singapore is listened to, when and because we are successful. Even as a small nation, Singapore experiences as large problems as any country. It is both vulnerable yet seemingly resilient to the processes of globalization, so to the extent that we are successful, the world is interested in what we do.

Any representative bearing “Singapore” in her title, is necessarily a reflection of our country and an investment in Singapore’s international public relations. An attractive young woman bearing the title of “Miss Singapore” will be sought after, spoken with and listened to. Whether we like it or not, whether Singapore uses it or not, she will have an ambassadorial role.

My point is that this ambassadorial role is not properly acknowledged by the network of institutions and corporations that otherwise could support such an effort, the “Miss Universe” pageant carrying a specific brand and portfolio of its own. 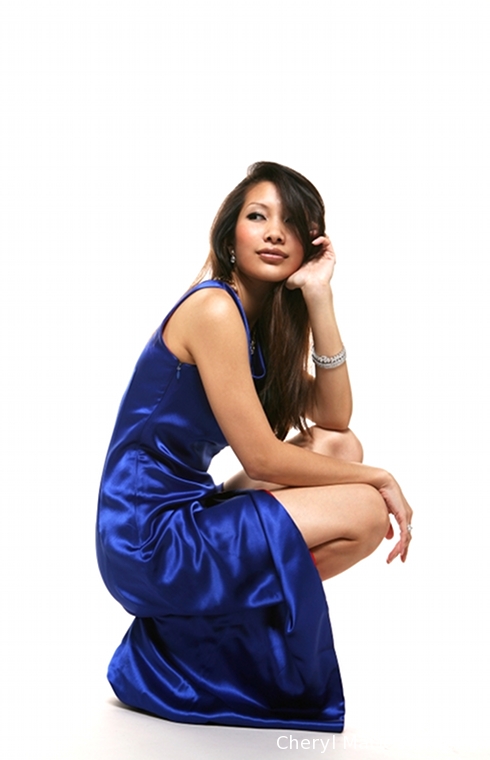 Speaking from my own experiences when I was on the international scene as Miss Universe Singapore 1999, I met highly influential people who were mostly interested in Singapore’s business policies, our education policies and planning, our IT strategy for the next two decades, our housing policies, our transportation plans etc. It was all about what interested them, as in business, politics and international relations.

With current economic uncertainties, the recent global financial crisis hardly stabilizing and with the Euro crisis unresolved, little would have changed with regards to how people continue to be interested in Singapore’s coping strategies.

It would be advantageous for us, if our Miss Universe Singapore can hold a fairly decent conversation on topics of general current affairs for example, and in my view, it is such a profile of young women who should be drawn into the initial selection processes of the beauty pageant. Once the job is won, the winner / delegate necessarily takes on an ambassadorial role with socio-diplomatic and political implications for Singapore on the international arena.

In my current line of work, I am treated no different from other individuals with whom I have collaborative research projects. If and when people do find out about my past experiences of having been Miss Universe Singapore, they still like to discuss my experiences from the perspective of public relations, Singapore’s international goodwill policies or large international events in general.

The concept of beauty pageants could do with an upgrade

While the history of the beauty pageant lies mainly in entertainment, that perspective is dated and ripe for an upgrade. What most audiences see is only the surface selection process of Miss Universe Singapore, but after that comes an entire year’s portfolio of international networking, communication and meetings that the public rarely see, and it is this aspect that I like to point out as an untapped potential.

My point being that if you have the attention of the world with an event this big, with some transformations in terms of support, funding and imaging of pageants, it ought to be possible to better leverage it.