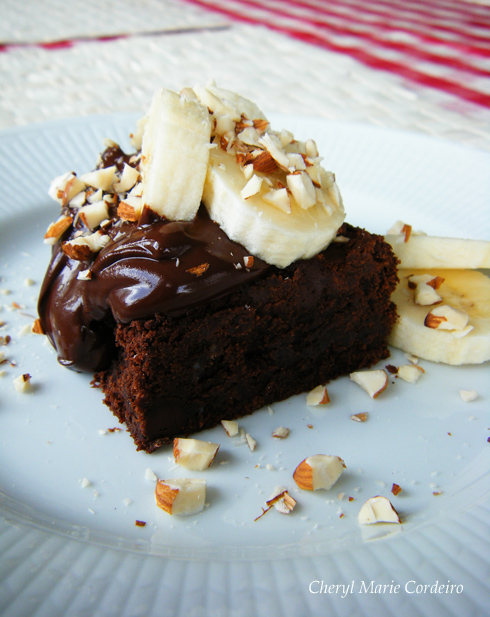 The first time I baked a batch of brownies, I was in my teens, and a mishap in the kitchen caused the entire tin of already baked fudgy mixture to flip topside, face first onto the ground. My brother keeled over in laughter when he saw what happened, and we considered if we could save the batch by spooning up the parts that were not touching the ground and eat it there and then, off the floor. 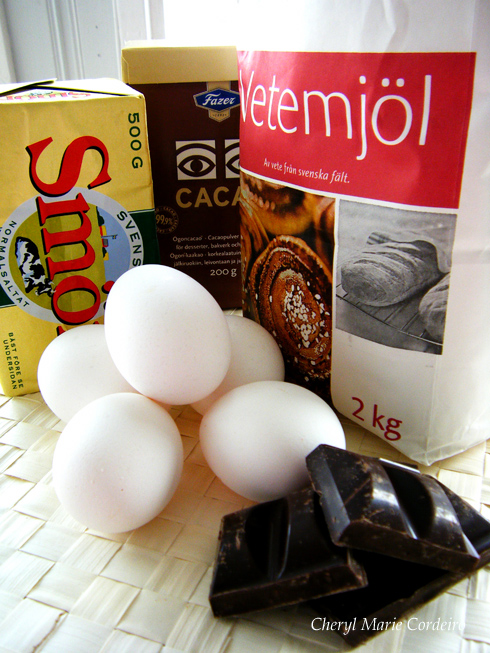 This brownie recipe came from the BBC Good Food website. It’s easy to do and what I think is fail proof in terms of results! What you need are: 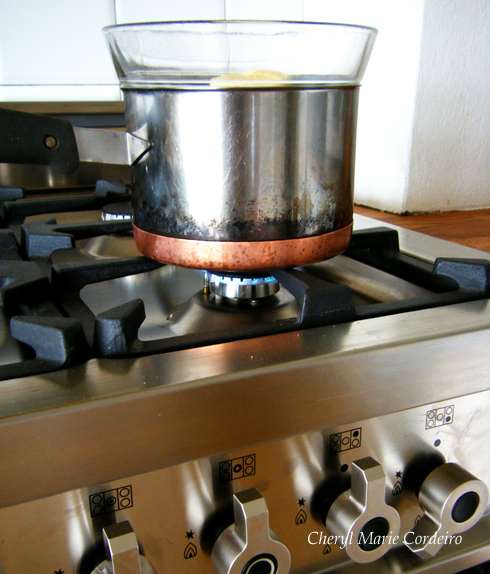 I began with melting the blocks of chocolate and butter over a hot water bath on the stove. I’ve also tried microwaving chocolate bits to melt it and that works fine too, provided the chocolate doesn’t get burnt in the microwaving process. 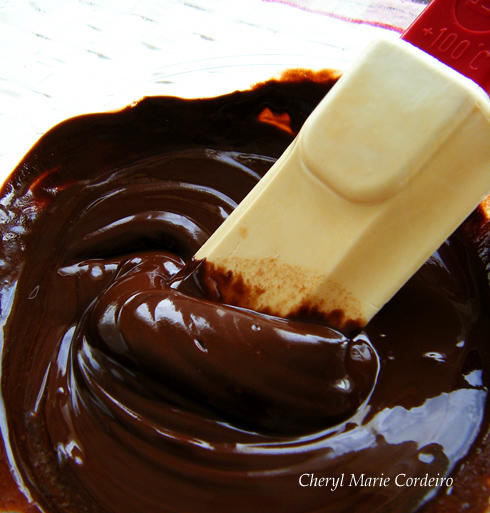 Chocolate ganache that goes into the mixture.

I broke into small bite-sized bits, the remaining chocolate and set them aside, as these will be folded into the brownie mixture as a last thing, before popping into the oven. If you like nuts in your brownies, you can chop them up and set them aside. 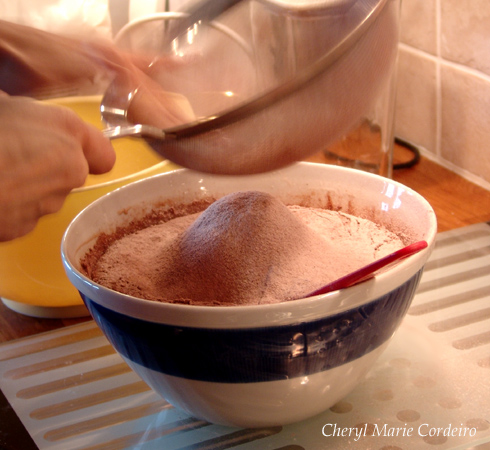 I readied the flour by sifting it and setting it aside, and then began whisking the eggs and sugar till they got frothy and light. Then I poured the melted chocolate mixture into the eggs and sugar mixture and folded it until it got even in colour. After that, I folded in the sifted flour and cocoa powder. 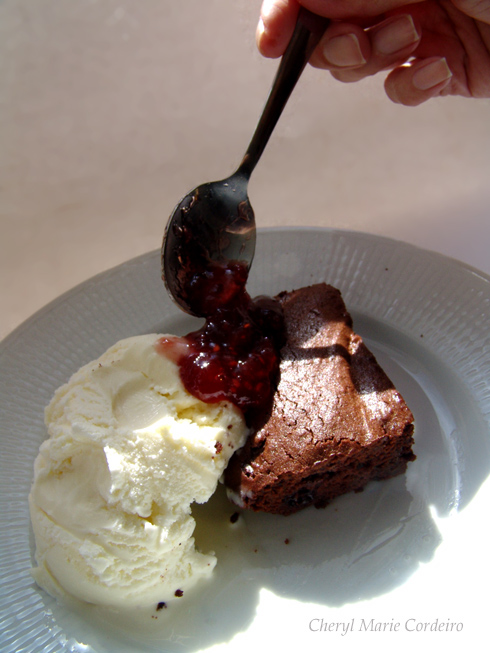 There are several ways I like my brownie served, where one version is to have it covered with chocolate ganache or sitting on a base of chocolate ganache. This reminds me of the Mud Pie that was served at the Singapore Hard Rock café years ago. It was sheer heaven to have one of these Mud Pies whilst enjoying the music from the band on stage that night.

One thought on “Chocolate brownie”