Pickings by the sea, the Swedish west coast 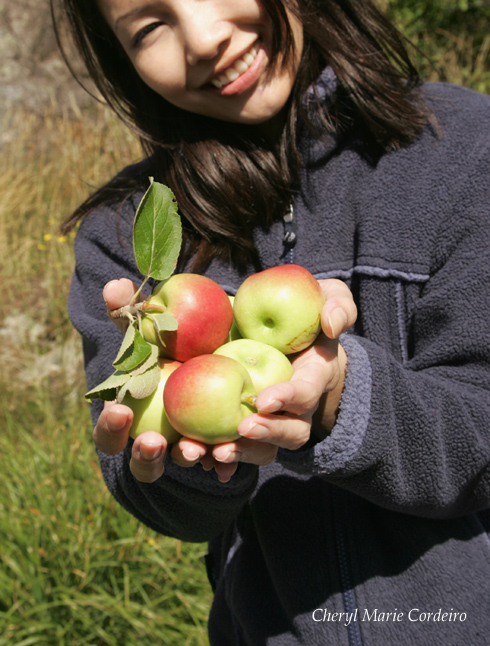 Some early autumn leaves are already hitting the ground, hinting at the upcoming fall. The weather however, is still warm for an explorative outing to the beach along the Swedish west coast – and I took the opportunity to enjoy the seabreeze, coming upon some surprise finds! 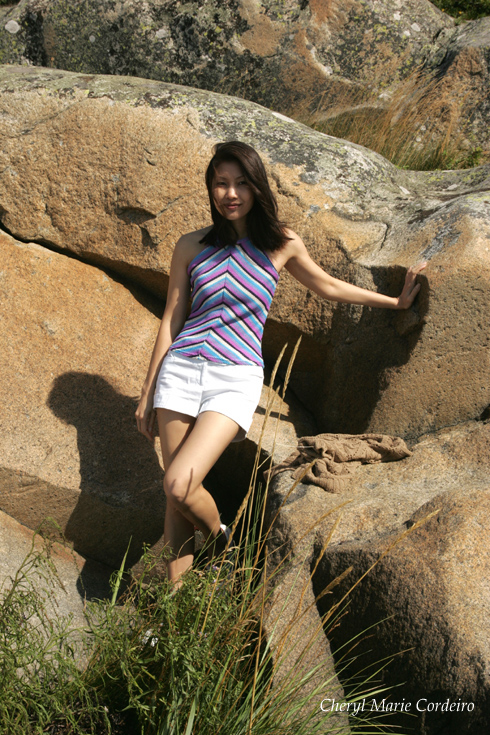 Against some dramatic rocks by the beach. I’m wearing a purple knit top purchased from Liang Court in Singapore, more than a decade ago. Bay Trading white shorts and a brown knit shrug from DKNY, New York, strewn and camouflaged on the rocks to the right.

As a first time visitor to Sweden a few years ago, I found it surprising that there are very few white sandy beaches, ones that stretched for miles. What characterises the Swedish west coast rather, are large boulders that create a dramatic sand coloured landscape, moulded by weathering in time. 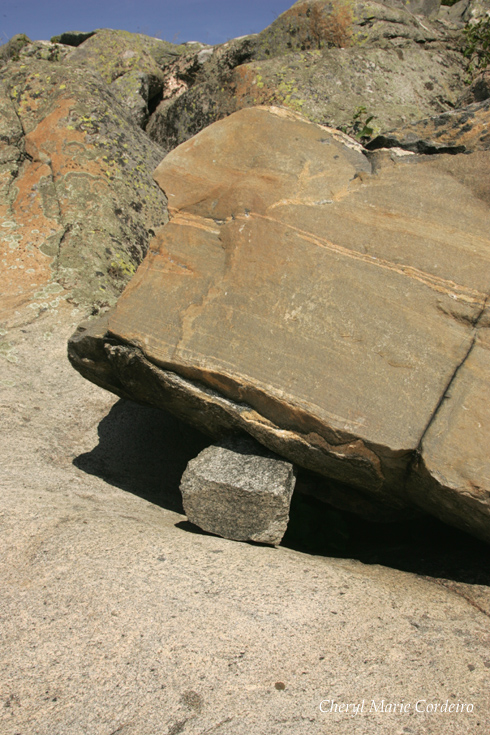 An example of a dramatic rock formation found along the Swedish west coast. How much time will pass before the little one gives in to the weight of the larger, if ever? The formation was assembled here for us to ponder, by a melting glacier at the end if the last ice age some 10,000 years ago.

Instead of dismay, I found myself embracing the unmistakable rocky shores of the Swedish west coast! A most wonderful sight in summer is people laying down their blankets atop a boulder and enjoying the sun. At high summer, you’ll witness these sturdy and a lot of times grey boulders come into a burst of life and colours, with people wearing striking beach wear and swimwear, carrying with them their sunglasses, floats for children and wicker baskets that contain the simplest but what looks like the most enjoyable picnic meal.