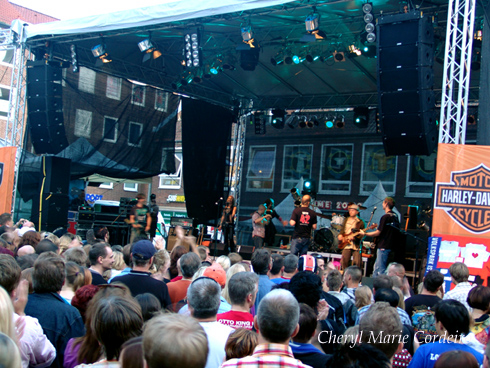 The city of Lübeck isn’t large, which is why it’s mind blowing for exploring tourists to witness the 250,000 inhabitants of this city put up this splendid, attention drawing show of Harley Davidsons over the weekend, complete with a search for a Miss and Mr Harley-Lübeck on Sunday night! 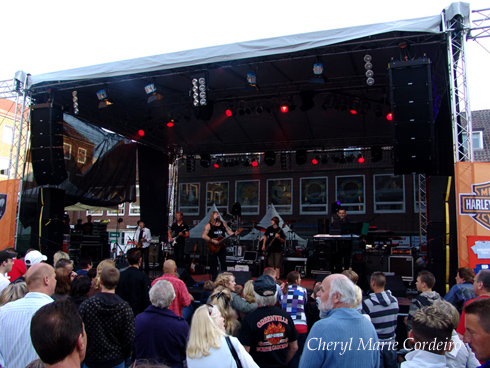 It seemed the entire city of Lübeck was decked out and planned for hosting the Harley Weekend, with events taking place in different corners of the city, from Schrangen / Ecke Karstadt in the middle of the city to its waterways at Walhalbinsel, An der Untertrave and An der Obertrave. Events began as early as 1 pm on Friday the 21st of August to 5 pm on Sunday the 23rd of August, 2009. Most roadshows and motorbike demonstrations took place at Wahlhalbinsel, a spacious area located near the Media Docks building on the Northern Peninsula Wall in the port of Lübeck. 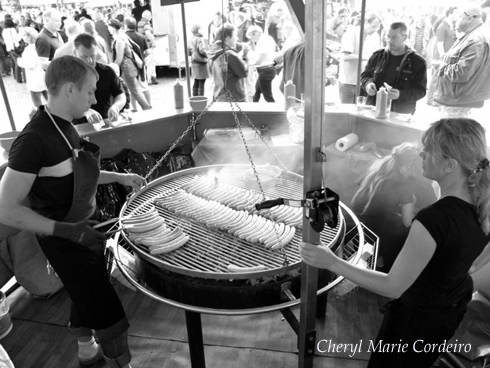 Your choice of bratwurst on the barbeque grill.

At 6 pm Friday evening in Marktplatz, the crowd had already begun to gather for the evening’s open air concert beginning with Big Harry and the Schlosserband who played mostly country covers for the evening and Lotto King and the Barmbek Dreamboys, who had fans singing along and swaying from side to side with their rock music. The atmosphere was mostly friendly, nothing too punkish or rockish about it, giving you a chance to rub shoulders with tough looking leather clad bikers and get to know their softer side. 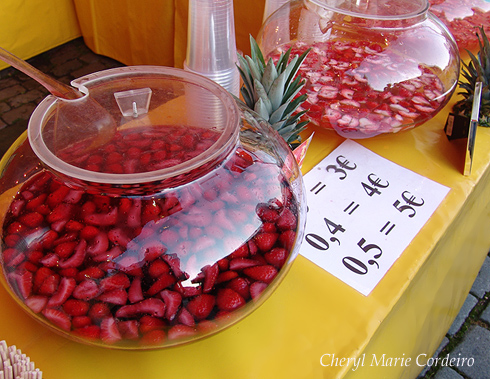 The Marktplatz location was great for this particular outdoor Harley concert because it had so many peripheral cafés such as the Niederegger in the arcade not more than 300 m from the main stage, where those who prefer coffee and dessert can sit and listen to the music. Pints of beer can also be had at the Niederegger or other cafés around the same area.