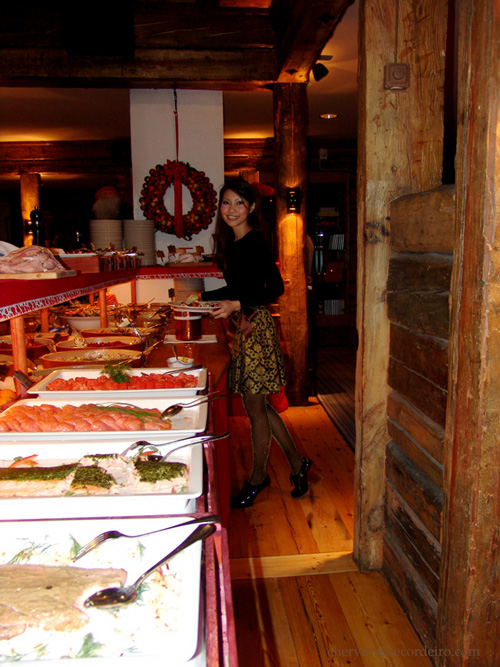 The Christmas Julbord buffét at the Sjömagasinet restaurant, Göteborg, Sweden

As the Christmas season rolls in, most restaurants in Sweden begin to offer a smörgåsbord of delights, known as the Julbord or the Christmas table. This line of buffet consists of traditional Swedish Christmas foods such as herring preserved in a variety of marinades, the marinades of which are as inventive as the chefs are themselves. Last year, we tried herring marinated in Coca-cola, by a chef called Mikael Sande, as one of the more unusual / eccentric dishes to the Christmas buffet.

As it happens, Sjömagasinet, a restaurant that specializes in seafood and that is located alongside the harbour front of Göteborg, has been run by Leif Mannerström since 1994. And for three consecutive years in a row including 2007, Leif Mannerström has won the prestigious award of being Chef of all Chefs, voted by his peers, throughout Western Sweden.

Sjömagasinet in itself is an interesting building since the entire place used to be a warehouse during the 1700s. It stored goods that were to be traded globally, carried by the Swedish East Indiaman ship, the Gotheborg I and II.

As a restaurant today, the entire building continues to be used as it was back in the 1700s, albeit to a different purpose. A warm fireplace greets you as you enter the doors, thereupon your eyes will fall on the numerous sturdy, large logs, used as pillars in support of the structure of the two storey building. 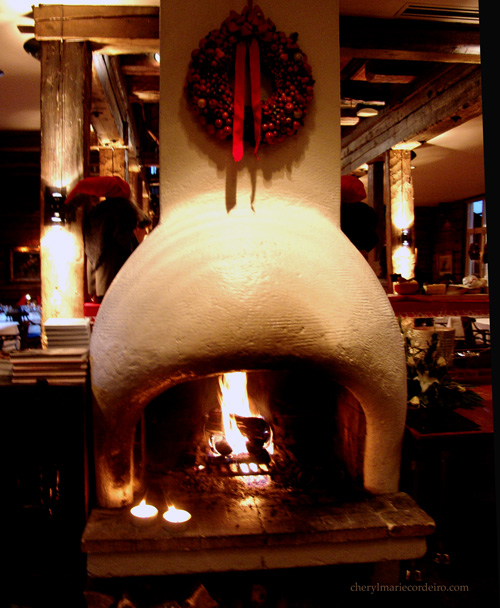 A lively fire burns in this fireplace, as a greeting to customers

The warm fire, together with the logs on the inside of the restaurant set its ambiance of a rich warm glow and muted sounds. The place can never get overly noisy even when fully seated. The efficient serving staff at Sjömagasinet also ensure that you’re never left wanting or waiting. 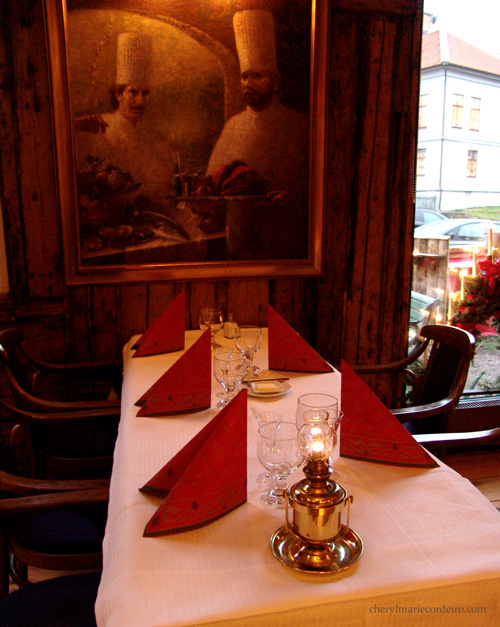 A table setting with the portrait of Leif Mannerström to the right, in oil on canvas.

The next thing that dazzles you is the buffet line and its extensive variety. 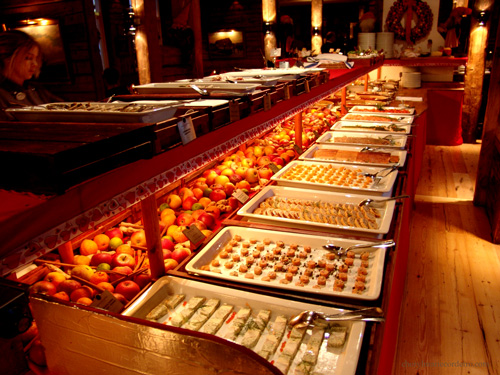 To me, it seemed that there were equal number of fish dishes as compared to meat dishes, both fantastically plentiful and would disappoint the individual with a small stomach only in that one cannot come around to try everything no matter how little an amount one takes of something. 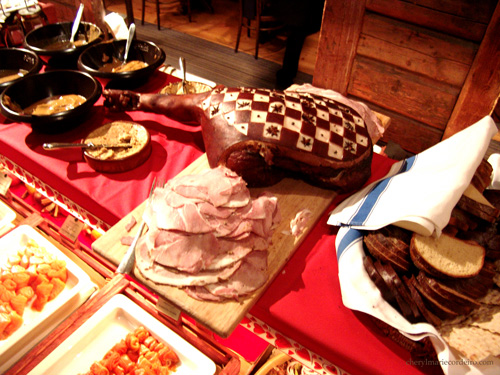 A beautifully carved leg of ham

Each dish had its personality, most with unexpected flavours! If you identify with the character Remy in the movie Ratatouille, 2007, then I believe you would understand the explosion of tastes when you dine at Sjömagasinet, not just at Christmas time, but all year round.

A simple side dish such as apple sauce explodes in a symphony of flavours, which left me wondering, how did they do this? What can you possibly add to plain apples to make them stand out as a masterpiece – cloves, mint, cinnamon? 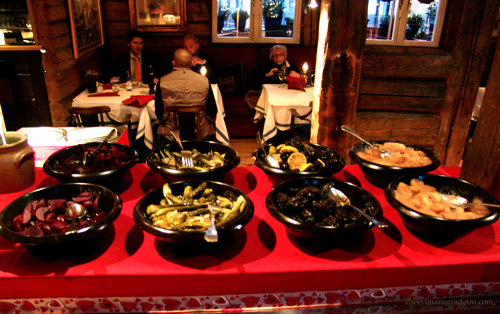 Some generous bowls of pickles, prunes and their delightful apple mousse to the far right

I think a Sjömagasinet experience for me always begins with my eyes and a walkabout the place. I cannot help but observe in quiet excitement and with a little awe, the dining experience that begins at the entrance, at the fireplace.