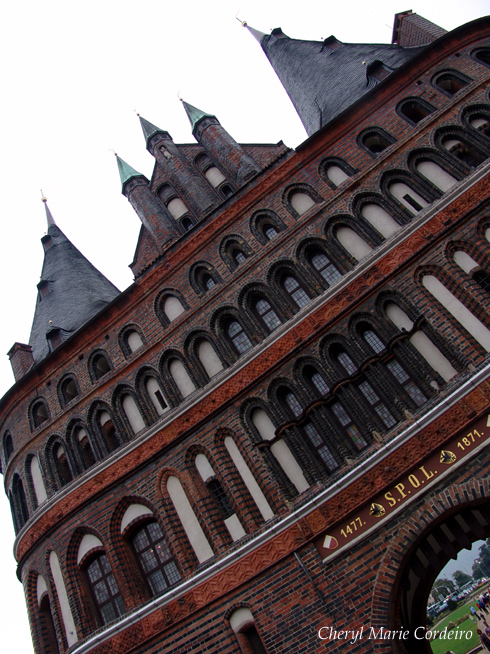 Holstentor, the symbol of Lübeck, the old City Gate that is today a Museum for City History.
Photos © Jan-Erik Nilsson, Cheryl M. Cordeiro for CMC, 2009

Like a chubby and sombre looking Cinderella castle, the most striking landmark that draws your attention in the Hanseatic town of Lübeck is its City Gate or Holstentor, which is today the Museum for City History. 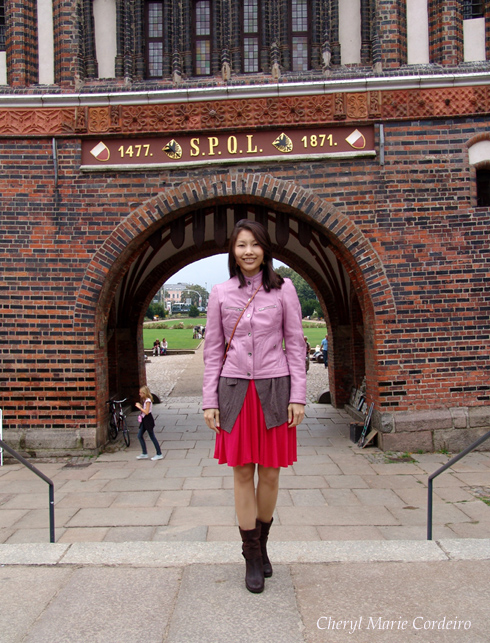 A view of Holstentorplatz, the garden, beyond the arches of the Gate

In front of Holstentor, which is today islanded by two asphalt roads going into the heart of town, is a beautifully preened garden with a display of cannons.

Walk a straight line from Holstentor, along Holstentor street where you can enjoy some of the town’s larger shopping malls, and you’ll find yourself promptly at Marktplatz , a cozy place for a languid cup of coffee.

The entrance to the museum of Holstentor is almost inconspicuous, with its small arched doorway built in a heavy stone frame. One could feel the personality of the place, its aura, what it was meant to do when it was built, as one walked into the cavern, to the ticketing counter. 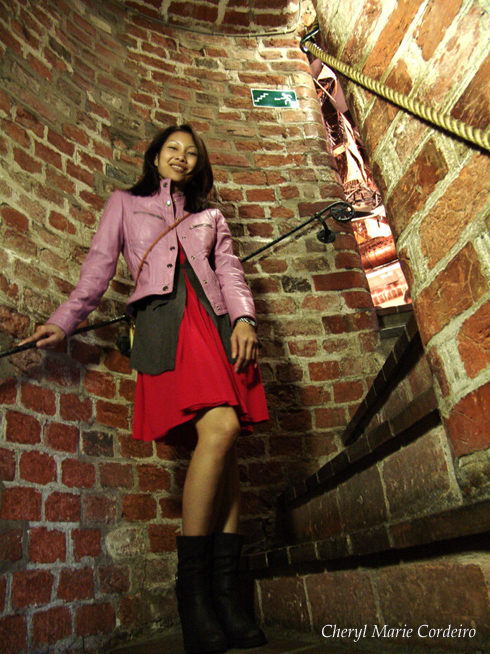 Narrow and steep, you’ll need to watch your step as you climb these staircases in smoothened stone.

Considering that Lübeck was the first target of a bomb attack from WWII, 1942, where one fifth of the entire town was flattened, I was mighty relieved to find its City Gate intact and delighted in being able to explore what is left of it, since much of it was taken away in the building of the town even after WWII reparations. With ticket in hand, we climbed its steep and narrow stairways from room to room. There were seven rooms all in all, to explore. 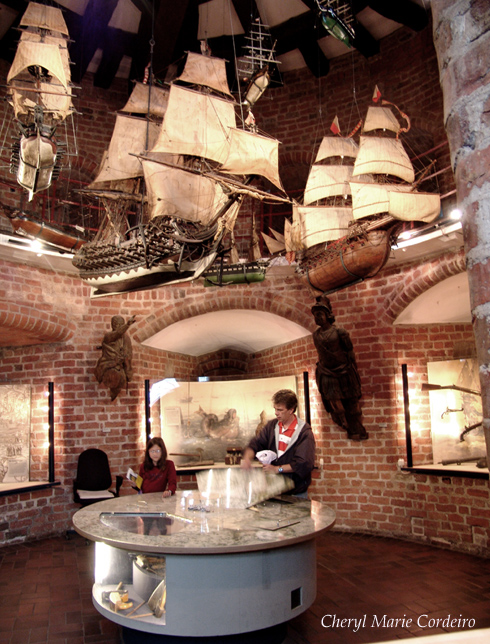 A room that exhibited Lübeck’s relation with shipping and history as a port of call.

Though Holstentor was built in the Late Gothic style of the 15th century, its structure is heavy and condensed compared to other light lattice styled Gothic structures in Italy (Venice) and France (Chartres) for example.

Though seemingly labyrinthed in the building’s structure, the seven rooms that exhibited the town’s history in lifestyle, clothing, trade and commerce, were found easily enough. There was even a room showing medieval torture instruments. 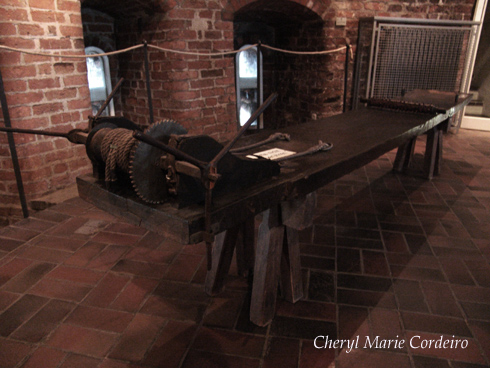 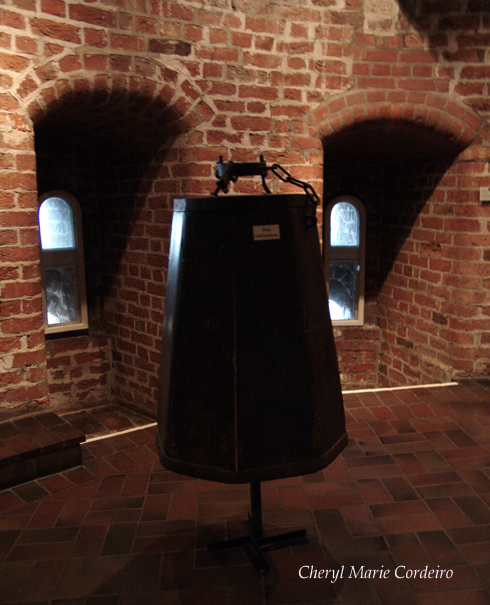 In the room that exhibited instruments of torture, the fact that these heavy wooden crafted instruments were standing there, looking benign in this day and age and kept in pristine condition over the centuries did little to offer comfort. The overshadowing realization is that they were once used as a means to an end, which was far more disturbing than the fact that they were there as exhibits. 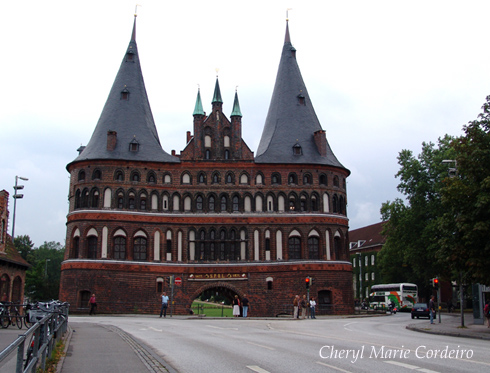 Lübeck’s landmark, the Holstentor, from the curve of Holstentor road and An der Obertrave.

The development of the town of Lübeck has chiefly been marked by commerce and shipping, a feature that is distinct as you enter the town. The Untertrave for example has a collection of old sailing ships and one is invited to explore its ancient fishing village of Gothmund.

With its rich shipping history, it came as a serendipitous discovery, when we found that the town is famous for its marzipan creations and red wine. We found Lübeck to be an excellent opportunity to settle down to some of its cozier restaurants and enjoy the local culinary fare, and would recommend anyone who’s visiting to do the same.

One thought on “Holstentor, the old City Gate of Lübeck, Germany”