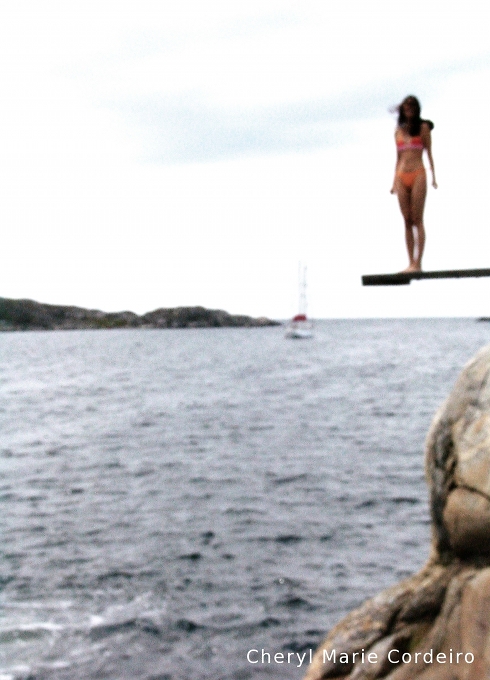 At the diving board, along the Swedish west coast.
It seemed I stood there for the longest time. In the wind.
Text & Photo © JE Nilsson, CM Cordeiro 2002 and 2013

This series of pictures were taken in the first summer that I was here in Sweden in 2002 and just before my very first swim in the North Sea, and just about my last too.

The average temperature of the waters in the North Sea in summer is 17°C (63°F) and 6°C (43°F) in the winter. I believe on this occasion it was a reported cozy 18°C. I much prefer if waters were a tepid 26°C, like those along the East Coast of Singapore or pick any white sanded beaches of the tropics from Langkawi to Bali.

The winter months see frequent gales and storms along the Swedish west coast, and apparently on this occasion, it was the usual windy – and cold. 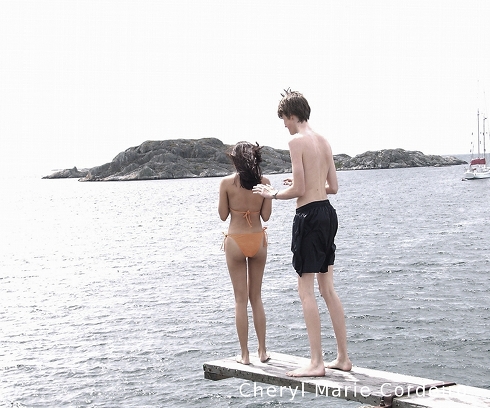 Just before the push. It seemed I needed some encouragement.
Else, I was just taking too much time on the plank. 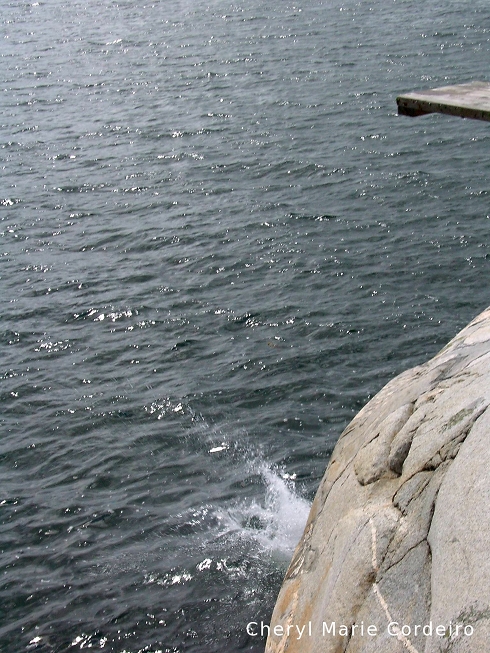 I think I saw the sea come rushing right up at me. No time for further thoughts! 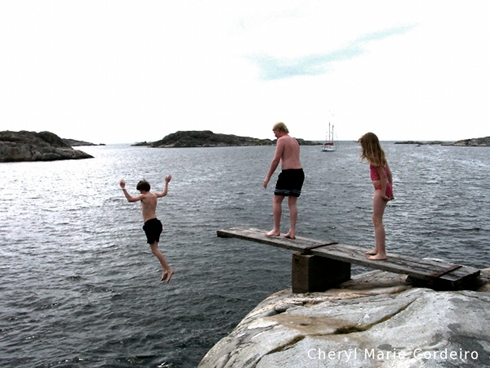 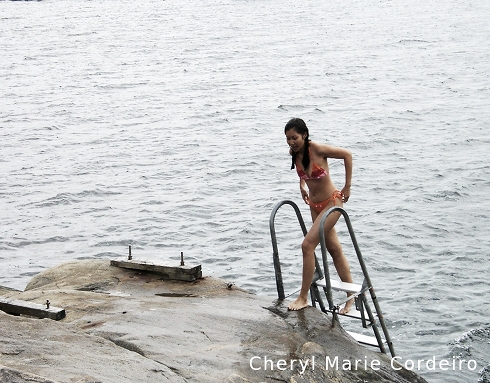 It took about ten minutes before my ears defrosted and I could hear again. Comforting that the rock was warm(er).

In the past decade I’ve been living along the Swedish west coast, and since this dive into the North Sea in the summer, I have only ever been swimming in the sea twice again, making it three times all in all. The third time, I actually fell in whilst walking with some SMU (Singapore Management University) students along the coastline of the island. We were crab watching when I took a step in the wrong direction – into the sea – with mobile phone and camera in hand. I managed to recover my shoes, but the mobile phone and camera were ruined.

Apart from laughing their heads off, they were also very kind to have offered me their jackets.

I love them for their humour, their kindness.