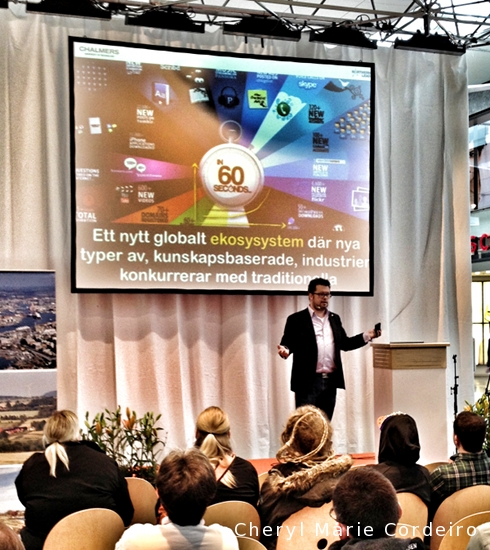 Per-Olof Arnäs on “Terminator, TinTin and Teleportation”, an variation of his lecture on “The digitization of transportation” at Vetenskapsfestivalen 2013.
Text and Photo © CM Cordeiro 2013

The 25th of April was the second day of the Gothenburg International Science Festival 2013, where in the public arena of Nordstan in Gothenburg, a lively presentation on the topic of transportation for the future was ongoing by Per-Olof Arnäs of Chalmers University of Technology in the morning. Colleagues from the University of Gothenburg would also be giving some presentations through the day, regarding the various aspects of the crisis in Europe and how that might have rippling effects on issues such as European state leadership and workforce migrations between countries in Europe.

This year’s theme at the science festival is Cruise and Control. In a multi-dimensional and multi-levelled approach, the event aims to address questions pertaining to the Individual such as personal health and fitness, to security controls by use (or abuse) of technology in Society, to larger Environmental issues such as finding balance between consumption and sustainable living.

The festival has about 30 host venues across the city of Gothenburg, from university lecture halls to public arenas. Many activities are about raising consciousness towards the a higher level We, that both encompasses the Individual, while at the same time, looking at issues beyond the Individual to encompass larger social groups. 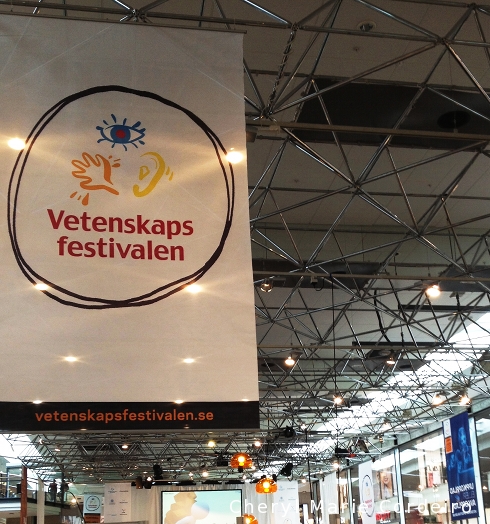 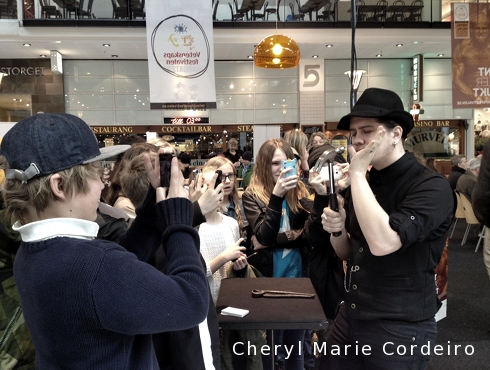 Cruise or Control in action – all eyes and mobile phones locked on target of interest. 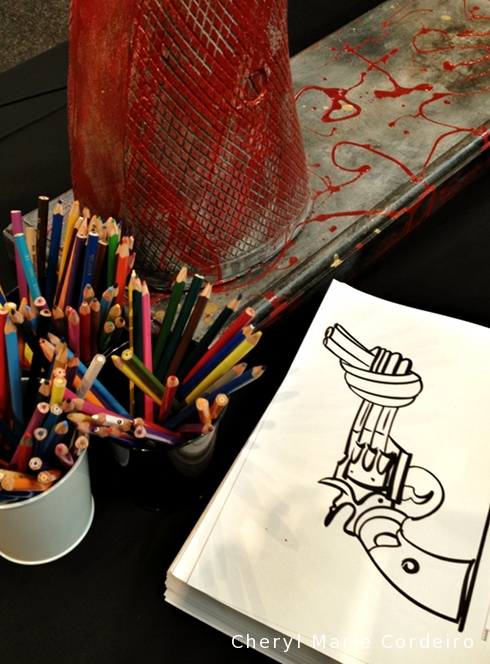 This exhibit comes from the Non-Violence Project Foundation. It aims to inspire and engage one hundred million youths in understanding peaceful conflict resolution. 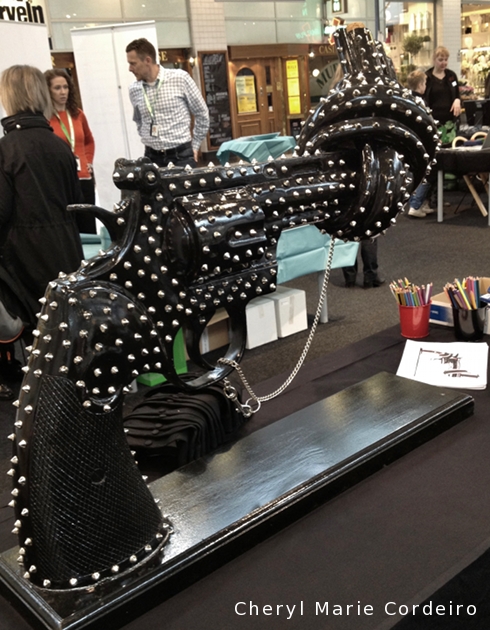 Very Louboutin. The original is the sculpture Non-Violence by Carl Fredrik Reuterswärd of which one copy sits outside the city library of Gothenburg and one outside the UN Building in New York. The inspiration came from the murder of John Lennon.

The science festival is currently running from 25 to 28 April, which leaves a weekend of knowledge to explore.

It is the largest festival of knowledge in Sweden and one of the most popular science events in Europe, where the academic and scientific circles get a chance to present their research work in building blocks format as it were, to high school and junior college students.

All in all, more than 350 cross-disciplinary lectures, seminars and workshops will be conducted, giving those interested to attend a buffet of activities from which to pick their favourites.