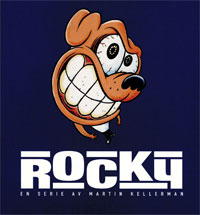 Today’s article in DN, about Rocky being turned into a film made me remember my meeting with the soft spoken creator, Martin Kellerman at the Swedish Book Fair at Swenska Mässan in Göteborg in September 2007. There among about one million visitors drifting from one pile of books to the next, were indeed a few highlights. At the Kartago publisher bookstand I found Martin Kellerman, the talented cartoonist and creator of the Rocky comic strip.

One thing I had noticed was that quite a few Asian girls in his comic books are drawn as birds. I couldn’t help asking Kellerman how come? Martin just laughingly told that he really didn’t know why any of his figures turned out as they did. 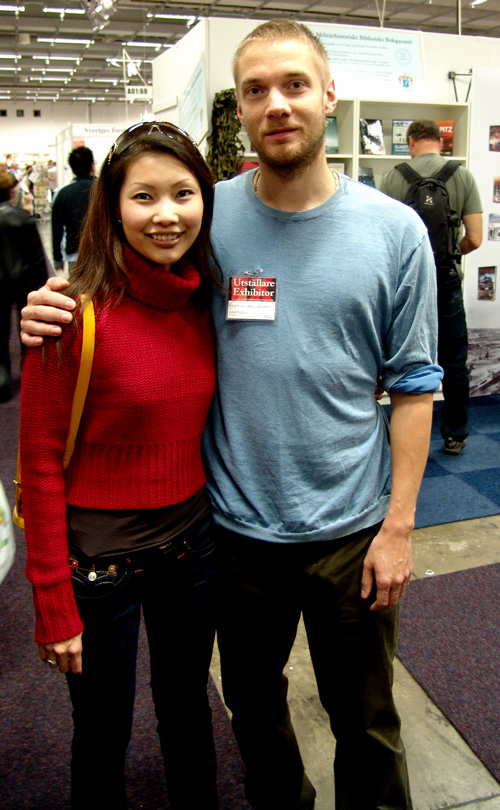 Swedish writers have called Kellerman one of the best Swedish contemporary novelists to emerge for decades, and why not. In the comic strip he hides behind a dog’s face and makes fun of everything that bothers him and to a large extent, all of us. The ease in which many of us can relate to his problems with making his life works and the many instances when it doesn’t is what I think carries the strips forwards and will continue to do so even when the comedy isn’t that hilarious. However, sometimes it is, and I figure that is good enough, for our daily fix. 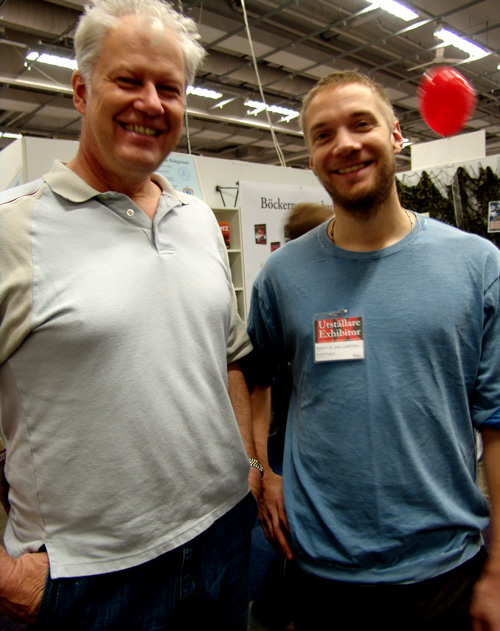 A picture here of two very tall guys with the brightest of smiles, JE and Martin Kellerman.

And of course, we got him to sign his new book. 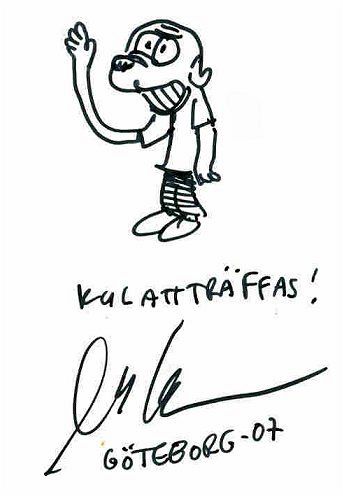 Thank you Martin, for making our visit to the Göteborgs bokmässan one interesting event!

This bokmässan was organized by the Bok & Bibliotek of Göteborg.

A daily (almost – who’s perfect) strip is available on-line at Dagens Nyheter
The bi-monthly or something (again, who’s perfect) ROCKY magazine, could be subscribed here
The Kartago publishers Rocky books for sale page

One thought on “Meeting ‘Rocky’ aka Martin Kellerman at Bokmässan, Göteborg”