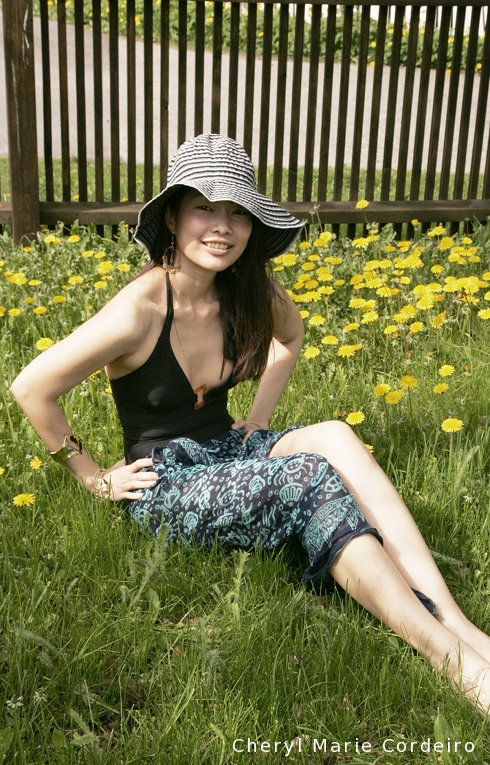 In weather that calls for a straw hat and a pareu,
by the dandelions, along the Swedish west coast.
Text © JE Nilsson, CM Cordeiro 2013

Summer and straw hat weather in Sweden arrived with express speed – if you blinked you missed the spring – and it is already time for outdoor activities such as a visit to the beach front, coupled with gardening and grass cutting.

One of my personal favourite sights in the garden is the slightly obnoxious and always seemingly happy dandelions. Considered weeds, however threatened they are to become one head shorter in the process of clipping and pruning, they continue to beam like small suns in the grass.

Ecotourism
Swedes are avid nature lovers and take to their summer outdoor activities wholeheartedly. Almost every year the newspapers will publish a list of the most popular bathing spots around the west coast that includes the chemical safety standards of the waters for swimming.

The warm, almost tropical weather this weekend has called out to many visitors, where the two most popular bathing spots on the southern archipelago is today filled with children and families out with their picnic baskets, drinks and towels in hand. The more adventurous families have brought portable barbecue kits to openly roast some packaged sausages.

While the water temperature is still what politely could be called ‘Nordic’ as in by far not ‘tropical’, today only found me watching the activities along the beach front. It is not difficult to see why the summer months are most precious to sunshine and green loving Swedes. Following Australia’s lead, Sweden was the second country in the world to have introduced an ecotourism charter, ensuring that eco-tours are run by certified operators around the country.

Part of ecotourism is to practice low-impact, educational, ecologically and culturally sensitive travel that benefits local communities and host countries. While many ecotours fall short of meeting the basic requirements of what constitutes ecotourism, the challenge being that tourism in itself is carbon footprint heavy, one could argue that there are few things more nature friendly and preserving than to spend a day island hopping with the (already running) ferries around the southern archipelago of Sweden’s west coast, or spend the day sea kayaking around the islands.

The islands do offer more summer activities, perhaps not so eco-friendly but nonetheless visitor worthy that includes a music festival upcoming at the island of Knarrholmen.

End of May is when the island of Knarrholmen turns into a music festival scene. Just ten minutes by ferry from Saltholmen, this year’s music festival has an evening line-up that includes about twenty bands, that will play over next weekend.

One of the highlights that visitors can look forward to at the upcoming music festival is DJ Erol Alkan at the digital turntable. Alkan has remixed songs by Franz Ferdinand, Hot Chip, Scissor Sisters and Justice and has appeared together with Daft Punk. 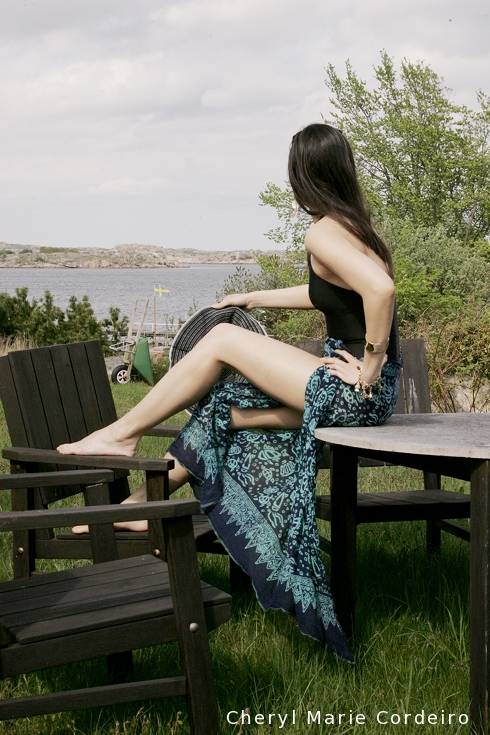 It was the delightful gurgle of laughter from a child by the beach front that pulled me out of my musings on Sweden’s ecotourism and the upcoming music festival at Knarrholmen. With the squeals of delight, my curiosity was piqued enough for me to tip-toe over to where some children were to see if any small crabs had been caught and placed temporarily in a bucket of seawater, to be thrown back in after the beach front session. And indeed, there were just about two small crabs and a tiny star fish sitting at the bottom of one seawater filled yellow bucket. Pretty things.

Not one to stay out too long in the sun, I soon found myself back in the garden gazing at the tiny Taraxacum sunheads on the ground. The contemplation between lobbing them down or letting stay the dandelions is on-going. Perhaps a Swedish style consensus in decision-making on whether they stay or go should be had? A thought on hold, for another straw hat weather day along the Swedish west coast.