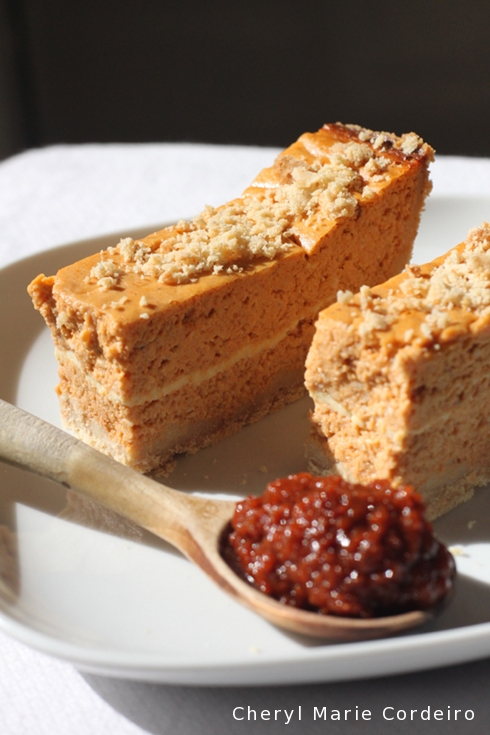 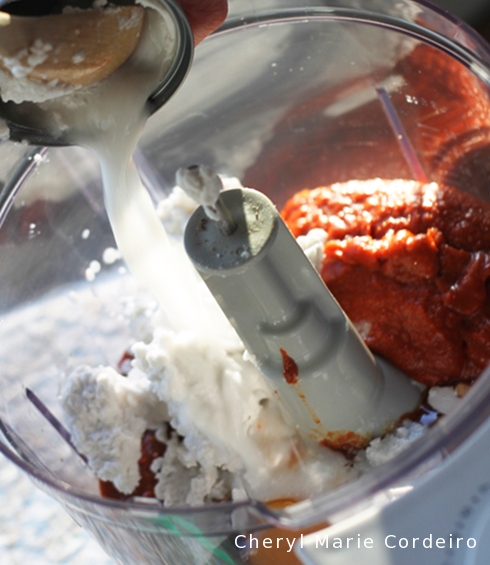 Otak otak is most often made of ground and spiced fish, preferably red snapper.
The mixture is traditionally spooned and folded into a banana leaf, then baked over an open fire. 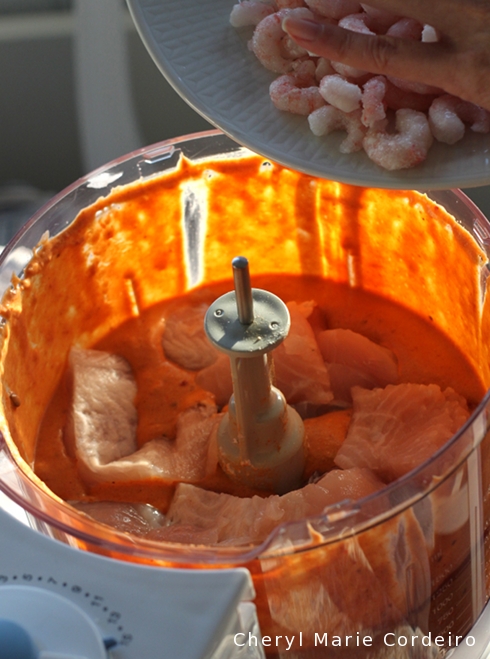 A modest dish that depending on context, can still go straight to your heart.

Over the decades, I’ve had the opportunity to experience numerous conversations at home whilst growing up in a largely Nonya influenced kitchen in Singapore.

The Asian kitchen in which I am familiar with, were where women relatives who each had their own specific training in home cooking came together to exchange ideas, the latest kampong news and to share their own adapted versions of cooking / life philosophies.

For anyone who by choice, geography or gender have not experienced, here is a generic sample conversation that is eternally true but most likely disappearing with the passing of time.

The conversation is between two Nonya sisters, Sheila, Suzanna and their mother, Cecil. It is a snapshot example of a conversation and of a happening that is perpetually on-going in the hearth of the house, broadly based on real conversations of the past on the making of this seafood pâté, which is a variation of the Southeast-Asian, fish paste otak otak normally barbecued till fragrant wrapped in a banana leaf.

– Eh eh, Sheila, dun pour too much coconut milk into the mixture la, you might ruin it, make it too soft. And why you using coconut milk from a tin?

– You so clever you go around the non-weekend market here and try to find me real ground coconut. And when you find you tell me okay, I sure first one to go and buy.

– Ya and then? I know grandmamak sure roll in her grave if she knows I’m using canned coconut milk, but really cannot help it. And if you add too much liquid just add more eggs la, why you so kancheong?

– You know what grandmamak will say right? “Wake up earlier and go marketing! Tak boleh tahan lu, so lazy!”

– Aiyah, cooking is not rocket science la, just agak agak everything can already.

– Eh, dun say that in front of my daughter can. I’m trying to even get her interested in cooking, cannot. These younger generation ah, really too senang life already. You know I have one ex-classmate, her daughter not only dunno know how to cook and dunno know how to clean, but her mother tells me she’s out all the time, pubbing la, with dunno what boys from what secondary school. Worried sick and the daughter dun call home. Seriously, children these days, cekik darah I tell you. Better dun have them. Like mommy always say, jika saya tahu ini, saya awal awal tersedak anda dalam tempat tidur bayi anda.

But okay, once you grind all ingredients together, what you do?

And < feeling the texture of the ground mixture > … you grind why so lumpy lumpy?

– You grind until what you wan la. Am I cooking or are you cooking? You cook then you do as you like. This one I do, so dun complain can or not. You no need to eat afterwards.

After grinding all the ingredients, just pour into this baking tin and bake.

– And the temperature, the oven?

Suzanne’s and Sheila’s mother, Cecil walks into the kitchen just as the seafood pâté is out of the oven. She tastes the warm still custardy concoction that is reminescent of grandmamak’s otak otak, but not quite the same dish. She realizes this, of course:

Cecil: Mmmm who’s the one who made this?

Sheila: I put cod into it. And shrimp.

Cecil: No wonder the result different. < tasting more of the pâté > But eh, since you can do this. You can make another few batches to give to auntie Lucy, auntie Sue and Mamak Neo? They forever complaining I never cook for them or treat them to dinner. I told them before, I dun cook anymore, only my daughters. So you all better do something to give them. Sheila, you do!

Cecil: < oblivious to Suzanna's laughing; downing more of the seafood pâté > I know wat, tomorrow your father’s office got birthday party. Maybe you can make also for him to bring to his office? This time, put more salt. And the coconut milk, not so much. You use what kind of coconut milk? Tak cukup lemak sini.

Suzanna: From tin can.