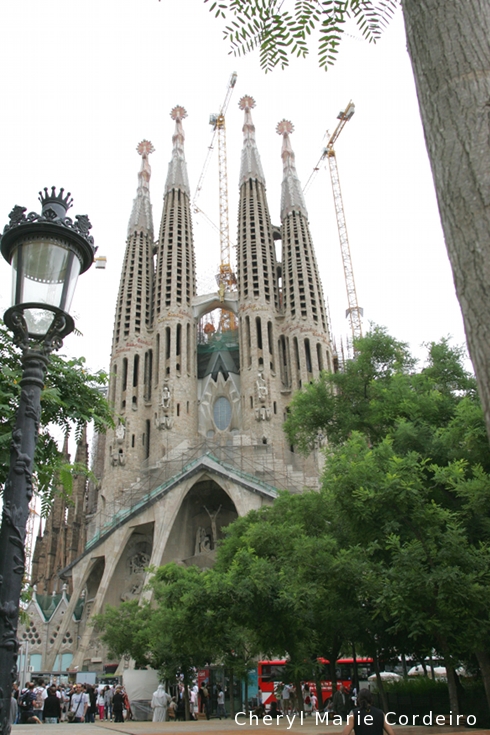 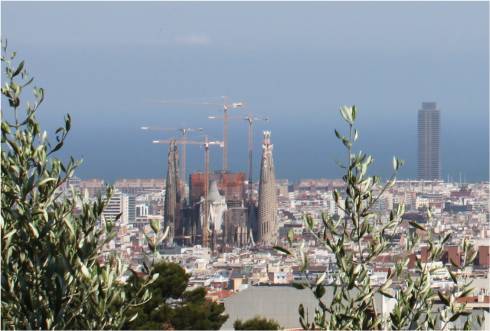 Click on the picture for a view of Barcelona from one more of Gaudí’s marsterpieces, Parc Güell. 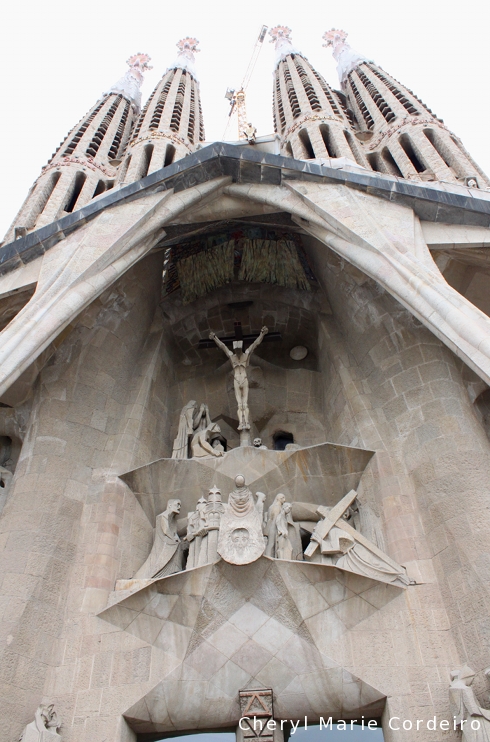 Active in the late 19th and early 20th centuries, largely concentrated in the Catalan capital of Barcelona, the Spanish architect Antonio Gaudi redefined everything we thought we knew about architecture. 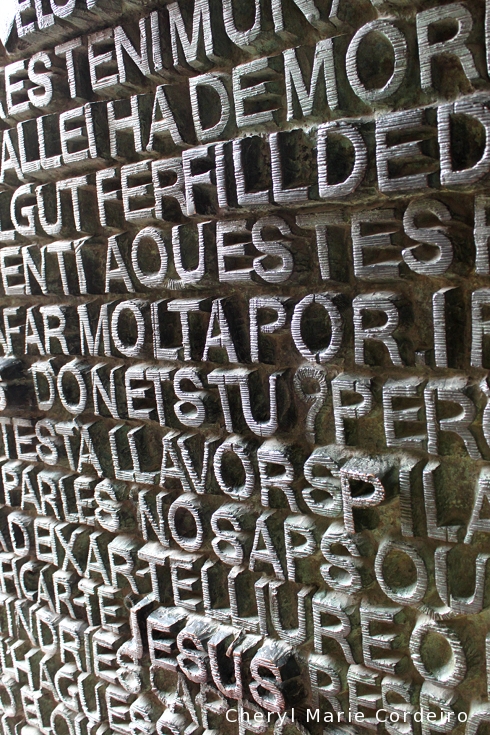 He redefined what we could do with iron, in buildings. 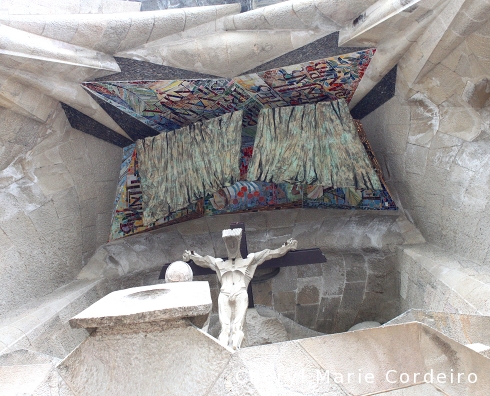 He redefined ceramics, by breaking it and putting it all back together, with a new meaning. He redefined how we could look at ourselves. 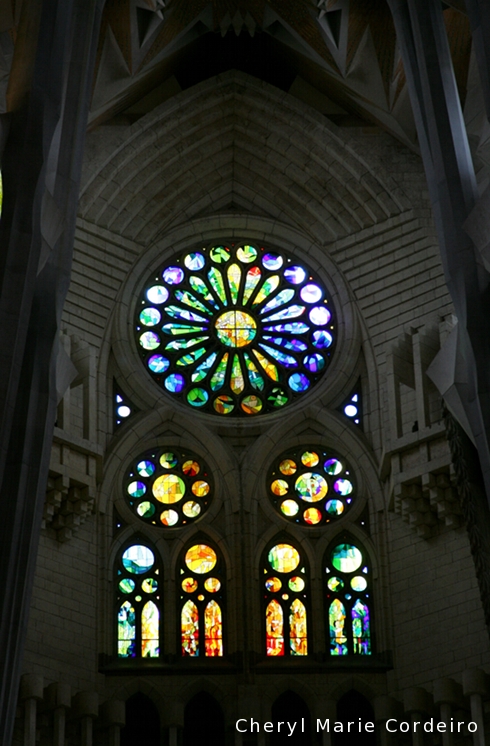 He redefined our relation to God. 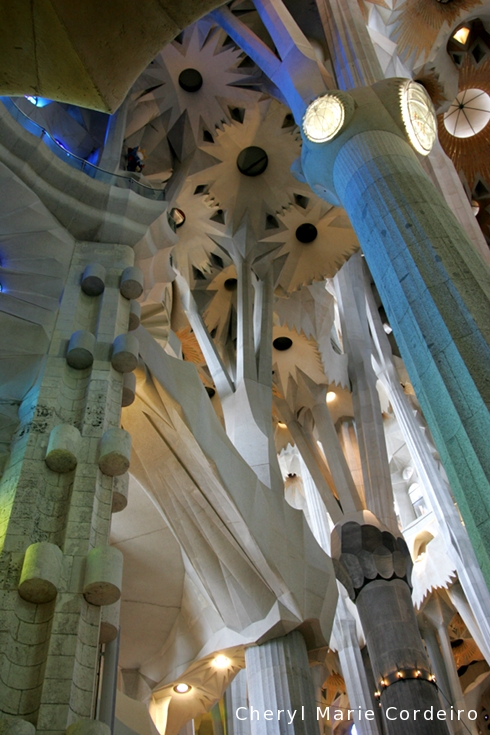 He made a point by creating a church, that would never be ready.
That was probably the point with the whole thing. 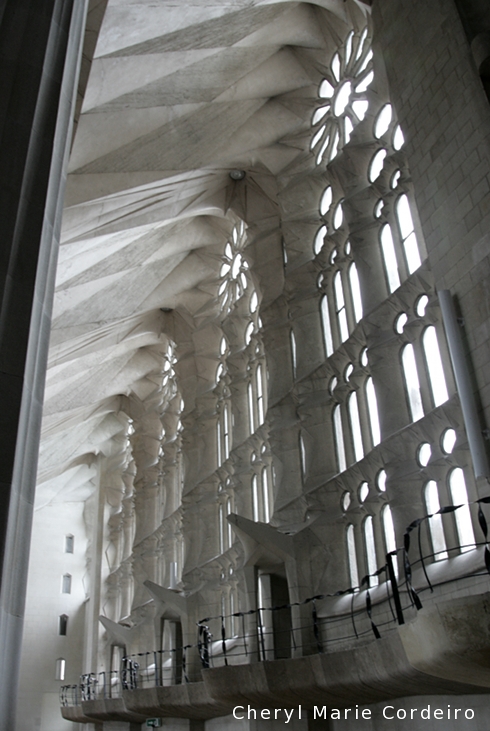 He made a point by using the lines of nature in a space that has always struggled to reconcile belief with science. In the country that invented the inquisition, he explained tolerance. In the country that invented the inquisition, he explained plurality in perspectives. Right under the noses of religious authority, he wrote a new testament, in stone. 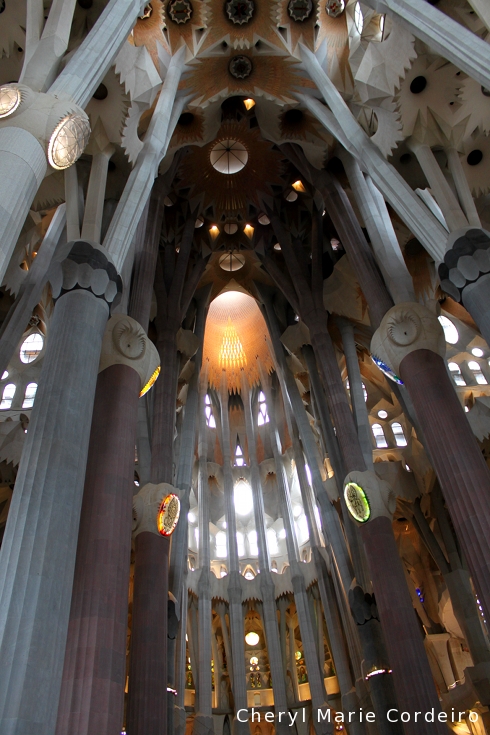 By doing all this, he created a church where thousands of people come in buses every day of the week, to stand in line around the block for hours, just to get in. By doing all this, he created a church that was continuously filled with people;
people that came from all corners of the world, that spoke just as many languages.
And they would be there, from dawn till dusk. I think one can say that ‘he showed them’. He showed them, what was, what is and what can be. If nothing else, I could argue – he showed me.

As the story has it, on 7 June 1926, the Spanish artist and architect Antonio Gaudí was taking his daily walk to the Sant Felip Neri church for his habitual prayer and confession. Whilst walking along the Gran Via de les Corts Catalanes, he was run over by a passing tram. Assumed to be a beggar because of his shabby clothing, Gaudí was brought to the Santa Creu Hospital for charity care. Since Gaudí didn’t feel he had anything more to say, he didn’t tell anyone who he was and by the time that the chaplain of the Sagrada Família, Mosén Gil Parés, recognized him on the following day, it was too late. He died on 10 June 1926 at the age of 73 and was buried two days later.