A little bit of kampong and river ways in Thailand 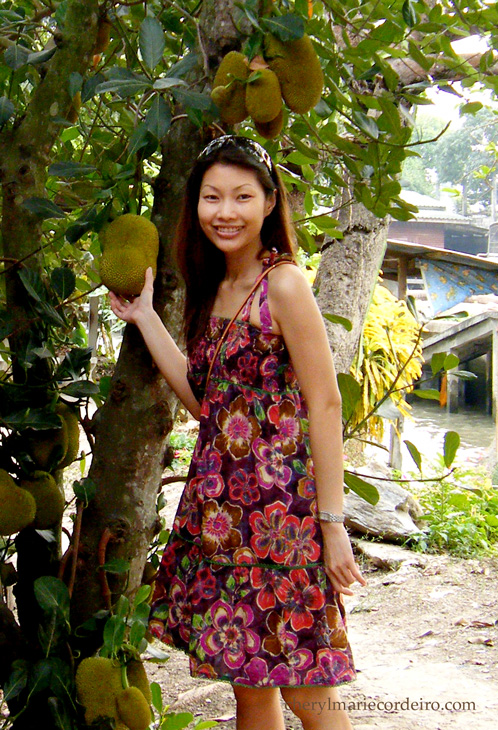 Holding on to a small but growing jackfruit, just outside of the Damnoen Saduak floating market, about 110 km southwest of Bangkok, Thailand. The largest tree borne fruit in the world, jackfruits are potentially enormous things, seldom less than about 25 cm in diameter they can reach 36 kg in weight and up to 90 cm long and 50 cm in diameter.

Really early on the morning the 13th of February we set out to visit the Damnoen Saduak floating market in the Ratchaburi province, about one hour’s taxi ride from central Bangkok. There are several floating markets on various canals in Bangkok and other nearby provinces. Today these floating markets are kept alive for visiting tourists but were originally live wet markets for the local Thai people. “In old times the roads no good so when people want meet and trade, they use rivers.”, our chauffeur told us. 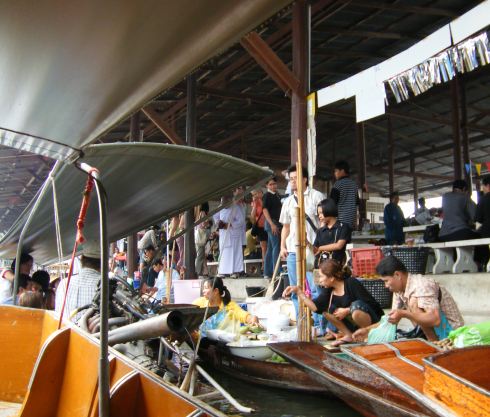 Alive and most bustlingly so

Other than the crystal clear waters of Phi Phi island, Phuket or Koh Samui, pictures of floating markets in Thailand are probably the most published in travel magazines. 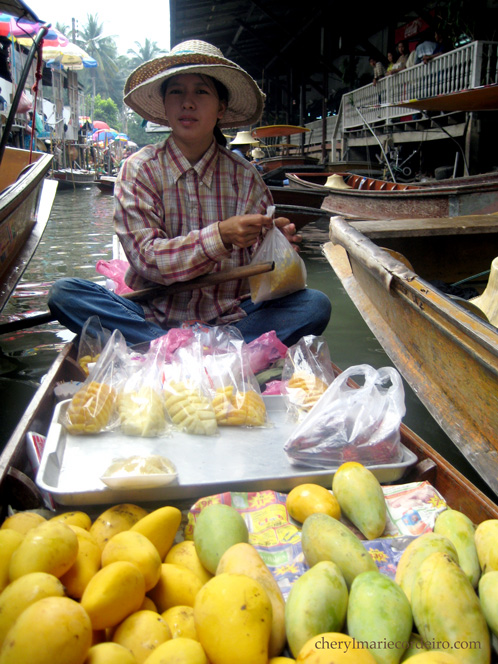 The Damnoen Saduak canal was built in the 1860 to facilitate waterborne travels between the Ratchaburi and the Samutsakhon Provinces. These days they also provide water for agricultural purposes in an intricate irrigation system. In fact the entire area around Bangkok is so fertile that it is called the rice bowl of Asia. 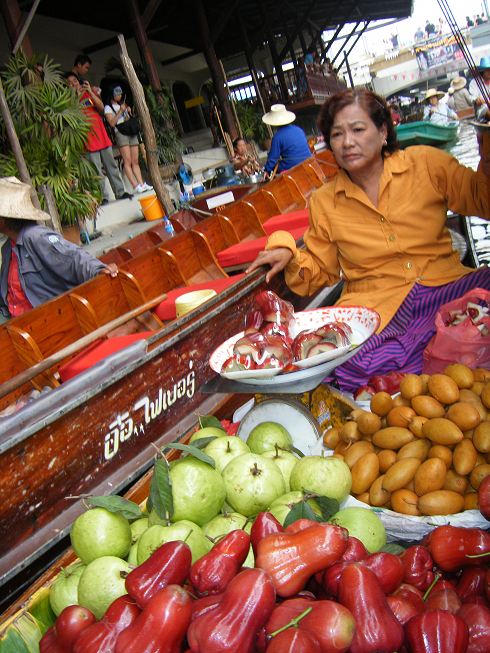 The local fruits were an absolute delight.

The water was filled with energy when the small wooden boats or sampans, often paddled by women with straw hats, hustled and competed for the best space in offering colourful and vibrant looking fruits, vegetables and even warm cooked food to customers in other oncoming boats. 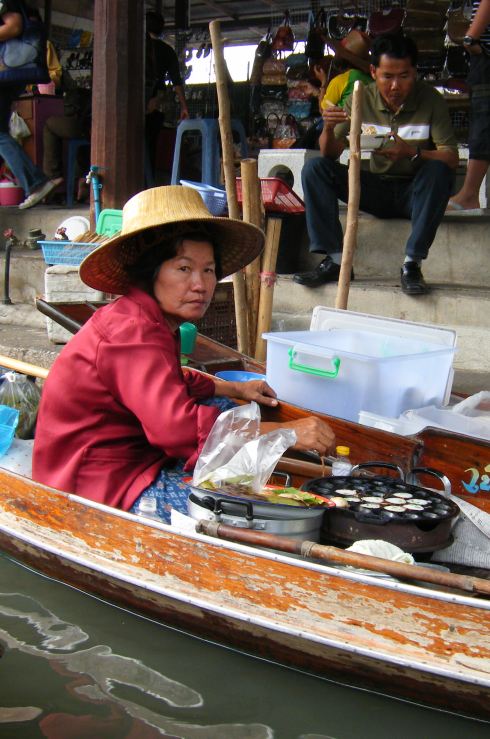 Colourful and vibrant looking fruits, vegetables and even warm cooked food was sold from one boat to another.

A bag of fresh fruits which one could have for lunch would cost just 20 baht (less than SGD $1) compared to a hand-made coconut shell ladle that would sell at 450 baht (SGD $21). Sadly enough many locals instead preferred to set up shop in standardized souvenirs, such as straw hats and black wooden elephants, instead of fruits that unsold would go bad overnight.

A travel back in time

Besides the splendid fruit and food dishes and fresh spices that was there for sale, the life and environment was a true show stopper to me. The environment was not so much a travel back in time to rural Singapore perhaps some 50 years ago; rather the roads and trees here were a swift move, clean back to the mid 19th century rural Singapore. 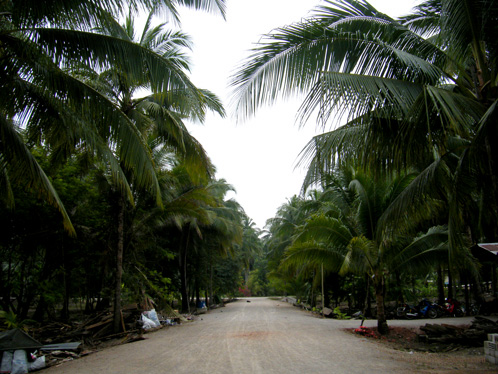 I was transported back in time and space, to the 19th century; was I possibly looking at Orchard Road, Singapore one hundred years ago? It seemed that I was staring at a postcard in the Singapore history books, in real life, in person.

I had to stand silent and still for a heartbeat or two while taking in this inviting view. And a strange feeling of déjàvu crept over me. The pathway itself felt open, warm and very alluring and I was at once transported back to a scene that my parents had once described to me, of rural Singapore.

At the site were wood fires, lit beneath large shallow woks, cooking coconut sugar to get candy. And in the souvenir shops were local desserts, biscuits, handicraft and wooden sampans for sale. 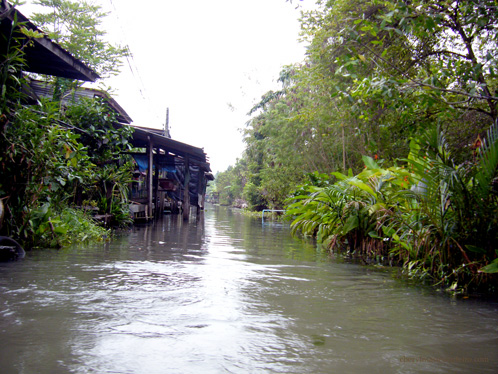 A waterway in Damnoen Saduak with houses on stilts

As we moved on with our tour of the Damnoen Saduak canal, I found myself wondering about the heartbeat of Southeast-Asia. From Thailand to Singapore and Indonesia, its rivers as veins running through an entire region, lending its people their livelihood, their identity. The flow of green waters of this canal easily reminded me of the 1940s Indonesian song entitled Bengawan Solo.