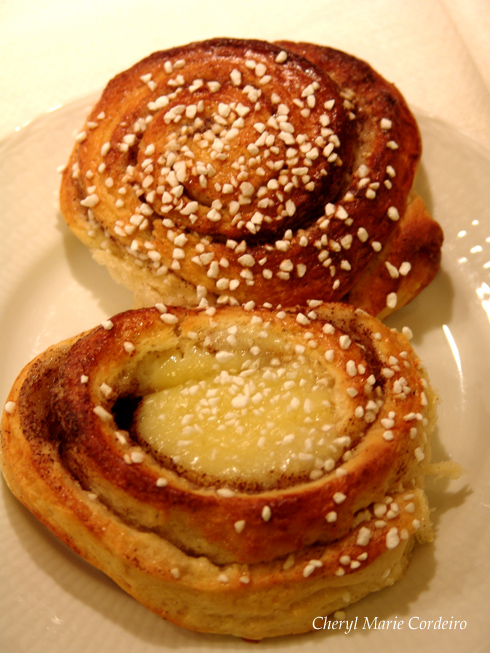 Two different sorts from the batch this year – with and without custard.
Photos © Jan-Erik Nilsson for CMC, 2009

This year, Kanelbullens Dag that falls every 4th of October in Sweden, is proving to be extremely windy and rainy along the Swedish West Coast – which makes it the perfect weather to snuggle up to the warmth of some cinnamon rolls to celebrate its day. 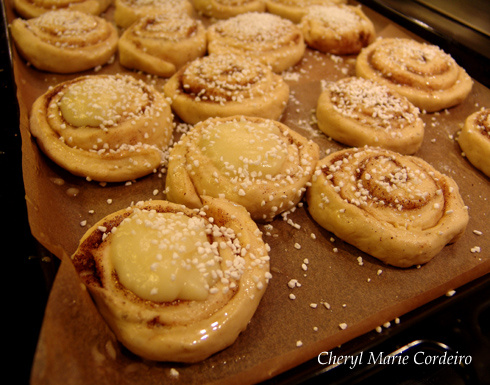 The custard filled cinnamon rolls, sitting in the corner of the baking tin before baking.

We decided in this batch, to make custard filled cinnamon rolls, which added a little variation to the standard pearl sugar drizzled version. I’ve always been fond of cinnamon rolls, having first been introduced to them in Singapore actually. About a decade ago, Singapore had a chain of small bakeries selling cinnamon rolls, filled with caramelized almonds, pecans, walnuts and even ones that were chocolate glazed! It was a fantastic variety of cinnamon rolls! I was quite saddened to find that they’ve all but disappeared these days, because I did have my favourite cinnamon rolls from their outlets and would buy a few whenever I came across their bakery down town. 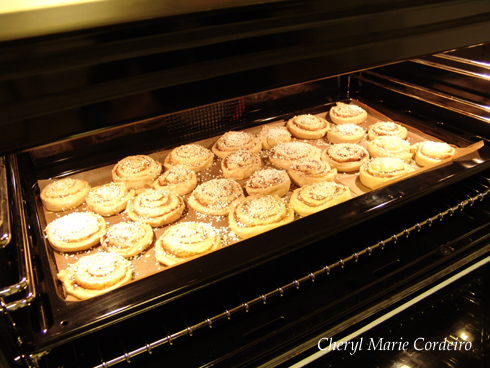 The batch of rolls, in the oven.

In Sweden, the tradition is to bake your own cinnamon rolls in celebration for what it is – a warm feeling of home. Each household seems to have their own tried and tested variations, where our recipe and almost step by step guide to making cinnamon rolls can be found at this blog post.

Here, I’ll share with you the custard recipe, which takes minutes to prepare over the stove.

Bring the milk, cream and vanilla essence to simmering point slowly over a low heat. In a saucepan, whisk the yolks, sugar and cornflour together until well blended. Pour the hot milk and cream on to the eggs and sugar, whisking all the time, then put the saucepan on low heat again, stirring gently till the consistency thickens.

When pouring the thickened custard onto the dough, make sure to indent the center of the roll, so that you’ll get in more custard. 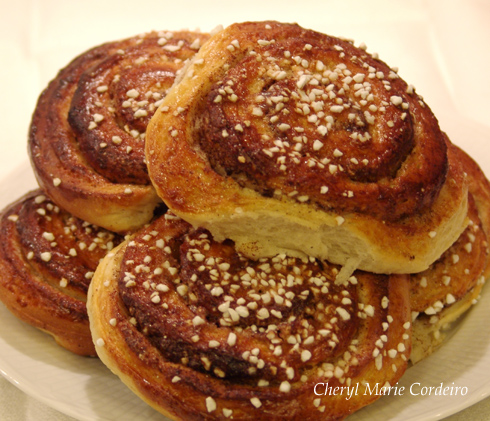 This and a tall glass of milk is a children’s favourite, no matter the age.