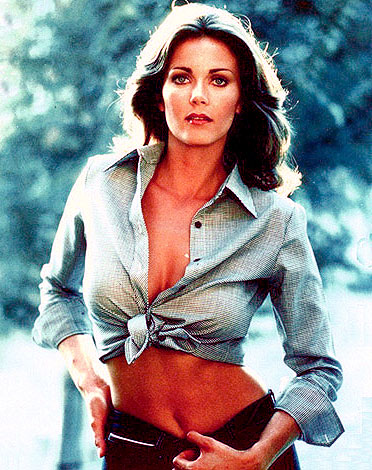 I think most people would remember Lynda Carter as Wonder Woman when the TV series aired for 3 years during the 1970s.

When I was a child, I think I made sure to have watched Wonder Woman regularly, nevermind if her character was boring and not as comprehensively depicted as perhaps that of Batman or Superman. I remember I liked most everything about Wonder Woman, from her tiara, her big hair, to her red, blue and gold colour scheme in her superhero costume. I think I dreamt I might grow up to become Wonder Woman one day. Well, today, I know I can, at costume parties. 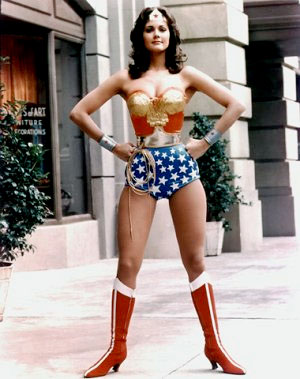 Lynda Carter as Wonder Woman, during the 1970s.

But it isn’t that Lynda Carter was Wonder Woman that inspires me, although she looks quite dashingly sexy as a superhero; rather in today’s movie, fashion and beauty industries that have a bias towards the thin, young and beautiful, I think Carter exemplifies beauty in all ages. 30 years from her superhero days, she’s moved on into new realms and continues to be a beautiful person. Picture of her below, singing at the L.A. Catalina Club. More pictures of her at the event, if you click on the link below. 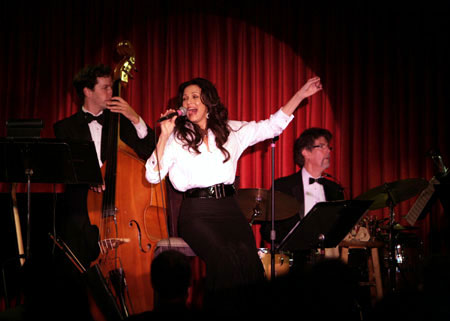 Back to Wonder Woman, I think they’ve found another beauty to play this day’s superhero, Australian supermodel, Megan Gale in the movie Justice League, to be out sometime in 2008 or thereabouts. I’ll be getting the popcorn!