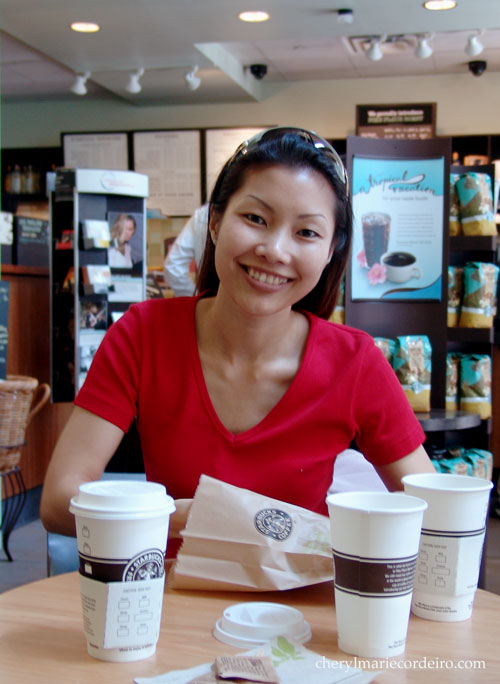 At one of many visits to Starbucks when in New York.

Starbucks has been a staple in Singapore since 1996 at Liat Towers, smack in the middle of Orchard Road. Singapore being it’s third international country of expansion, I never quite understood the hype. The coffee they served at Starbucks Singapore wasn’t too fantastic and I thought the kopi-o, kopi-si, kopi-siu dai at most local coffeeshops, at half the price of Starbucks, lent some serious competition.

So I wasn’t planning on making Starbucks a staple stop for coffee when in New York. But that was difficult to accomplish since Starbucks was literally, everywhere. Just walk a couple of hundred meters and you’ll find a brewing outlet.

The first Starbucks outlet visited was the one on the 2nd floor of the Trump Tower. I don’t quite know why it is – better staff, better coffee blends, better roasts? But I think the coffee served at that particular outlet beat most other Starbucks outlets in terms of taste. 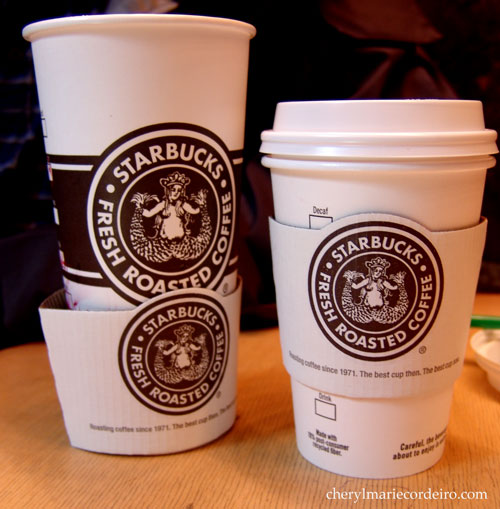 Picture taken at Starbucks, Trump Tower. The logo that shocks and offends some.

I was also very taken with their split-tailed mermaid (technically, a siren) logo. I absolutely loved it. Though not everyone is smitten with it, as the BBC News reports.

As someone who has tried Starbucks coffee in New York, I would say that their coffee is good. I think the Singapore Starbucks need to bump it up in terms of coffee brewing because the impression given from a Singapore Starbucks doesn’t give much credit to the parent organization in the USA.

And I hope they sort out their current downswing and that they survive the steep competition.