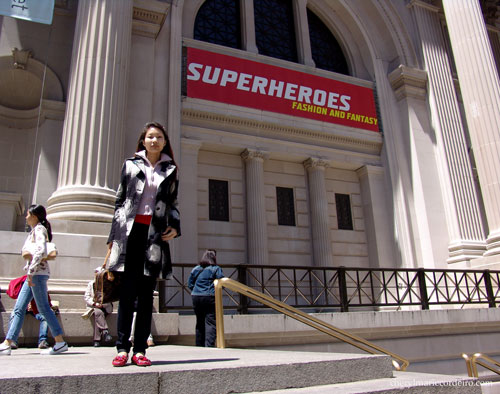 Since its opening in early May, the Superheroes: Fashion and Fantasy exhibition at the Metropolitan Museum has drawn quite some media attention with numerous write-ups, press conferences and an opening night gala dinner, where all invited were supposed to dress to the superheroes and fantasy theme. My favourite evening wear for the night was an elaborately padded silver gown by Chanel, donned by Anna Wintour.

I couldn’t well pass up on the chance to view this exhibition at the Met, when in New York.

Amongst some world class fashion wear and designer art, several displays blew me over including Lynda Carter’s original Wonder Woman costume used for the TV series back in the 1970s. 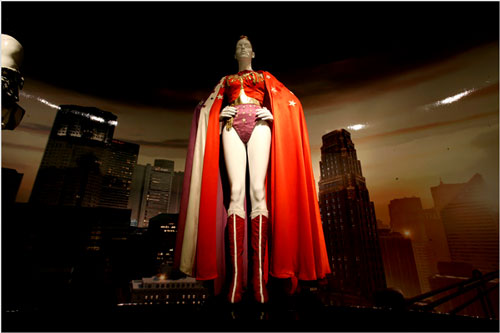 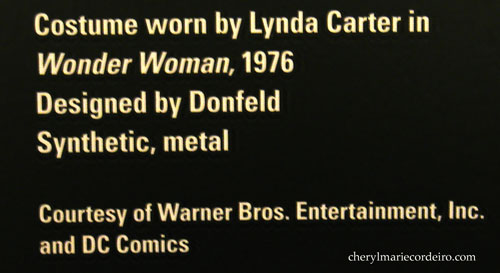 Having watched Iron Man (2008) with Robert Downey Jr. in lead role, just prior to visiting this exhibition, I was also thrilled to have found my favourite version of Iron Man’s costume on display. In the movie, it was the silver silhouette and the gleam of the bounding superhero in action that visually attracted me more than the latter colour rich but dissolved red and gold version of the costume. 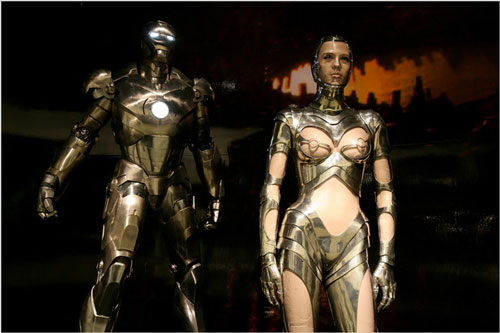 The original Catwoman costume was also on display, as worn by Michele Pfeiffer in Batman Returns (1992). 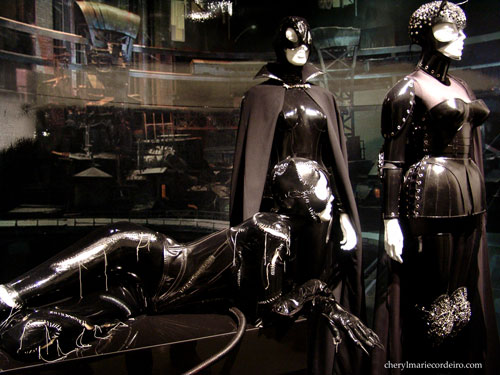 In line with the sensual theme that Catwoman draws with her, other sensuous displays included this corset that could make a red blooded woman do most anything to have such a piece of lingerie in her closet, even if none other than for herself. 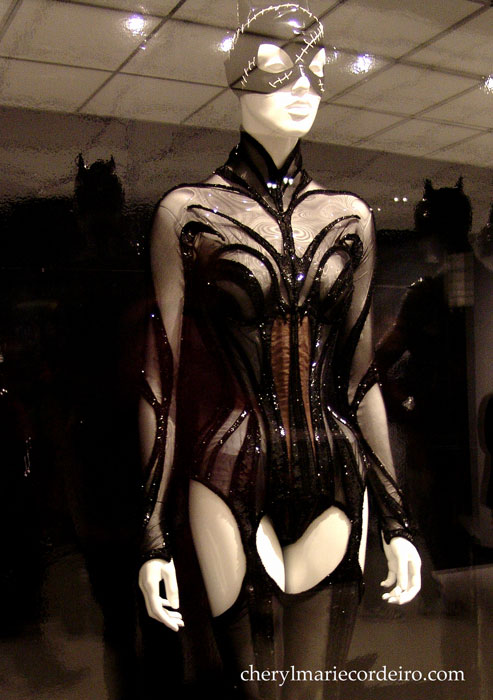 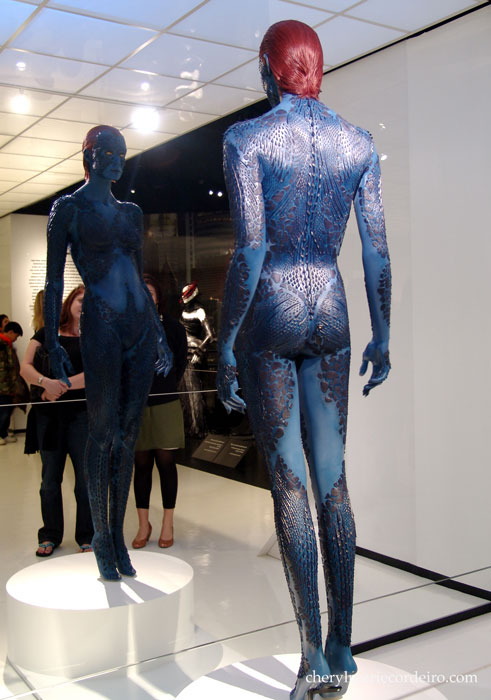 As with most of my experience in New York, this exhibition is another surreal experience where you feel the city draws an indistinct boundary of reel and real, where one reality melts into the other in a seemingly seamless effort.

This exhibition runs till 1st September and it’s a recommended visit for those in the area or planning to visit.

Viewing
Superheroes Press Conference in Milan with G. Armani, A. Wintour and H. Koda talking about the then, upcoming exhibition to be held in New York.

2 thoughts on “Superheroes: Fashion and Fantasy exhibition at the Metropolitan Museum”

Things I love about Philly!