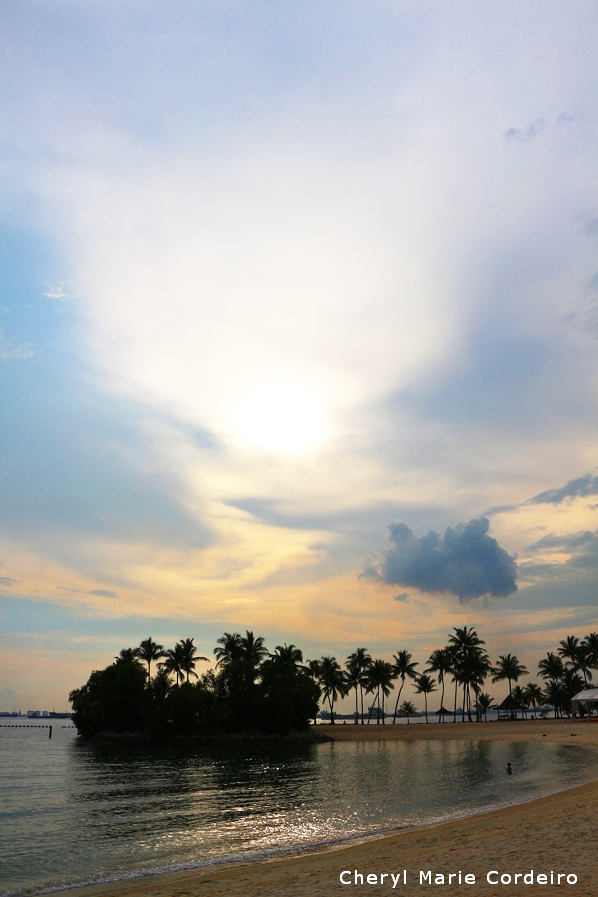 It was about a generation ago that anyone who wanted to swim in the waters of Singapore, whether river or sea, would and could in kampong spirit and enthusiasm simply jump in. Today, a stunt like that would most certainly get some raised eyebrows, if you didn’t end up yourself being hauled in by authorities in reminder of areas cordoned off, for reasons accorded, from bathing possibilities.

In the prescriptive social fabric of Singapore that can be both helpful and hindering at the same time, an area promoted for leisurely activities that includes sun basking and swimming is the Island of Sentosa with a mission of being “the world’s favourite leisure and lifestyle resort destination”. 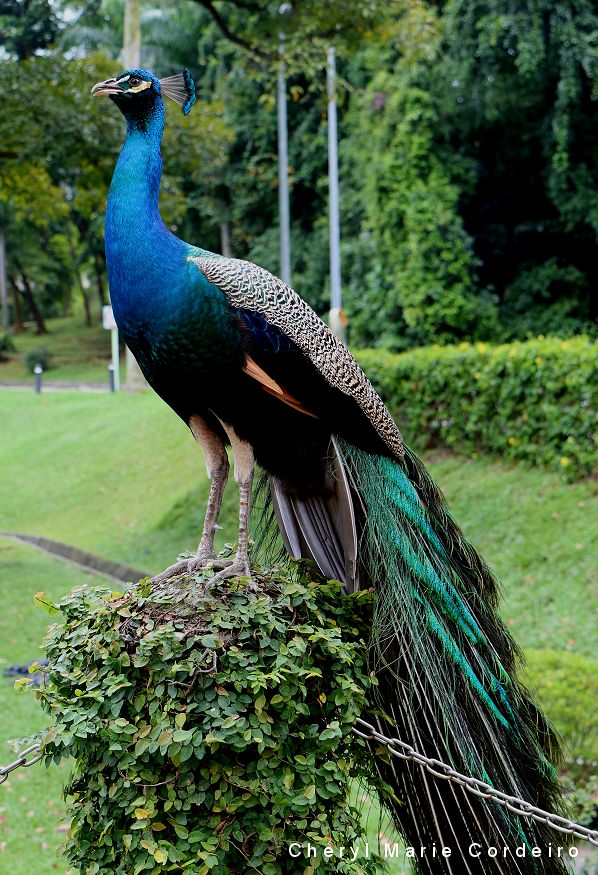 Somewhere along the road on Sentosa stood this fellow.
Perched and looking critical at us, he somehow reminded me of a nightclub bouncer. 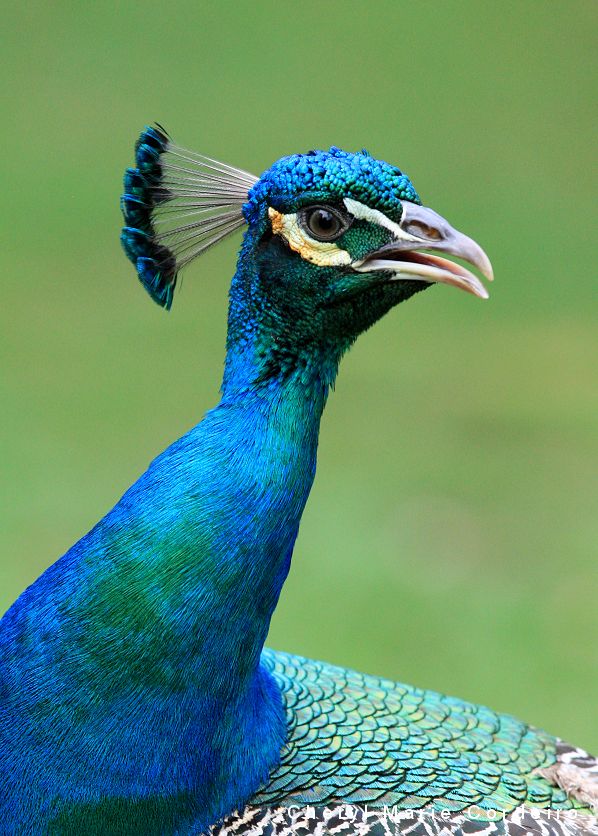 After visiting W Hotel and skimming past Universal Studios a while back, I was hesitant about finding any beachfronts left on Sentosa that were not fenced in and tarmacked over. But the researcher in me couldn’t help but be curious about the recent developments that I had only been able to read about thus far. So, I drove there anyway.

In the Visitor’s Guide to Sentosa I had found that there were now four beaches of choice. According to the information given, Palawan Beach, was for “family fun under the sun”, Siloso Beach was the “hippest”, Imbiah Lookout was for “exhilarating experiences for all ages” and Tanjong Beach was specifically assigned for “chilling out” and “winding down” with cocktail in hand (sentosa.gov.sg). It was mid-day in mid-week, and the last option of “chilling out” in near seclusion devoid of crowds, sounded paradise to my senses!

Stepping out of the car, at Tanjong Beach, I was happily surprised by how close in proximity the carpark was to the beach and how much beachfront there actually was left to spread a towel over. 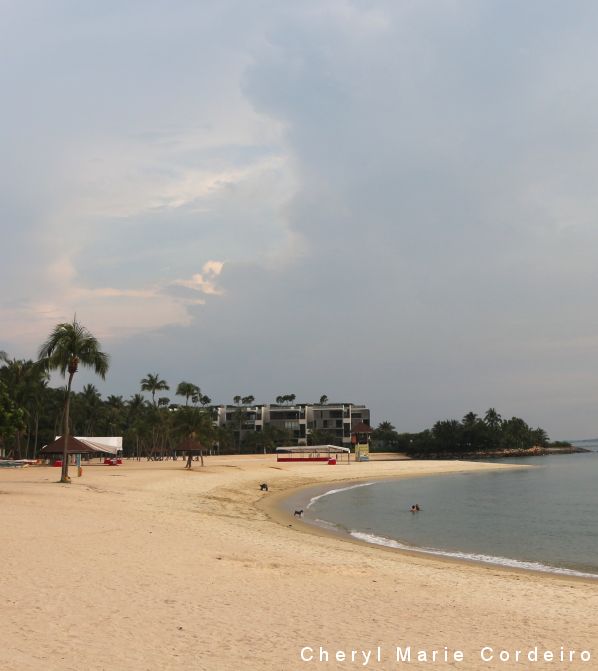 The beach. Still there! Wonderful! 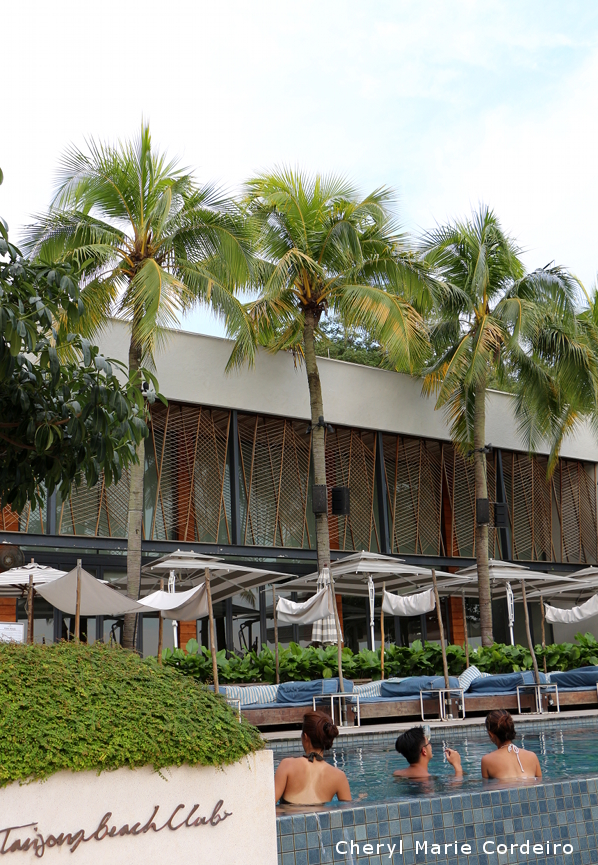 Tanjong Beach, one of Sentosa’s four beaches
specifically assigned for “chilling out” and “winding down” with cocktail in hand. 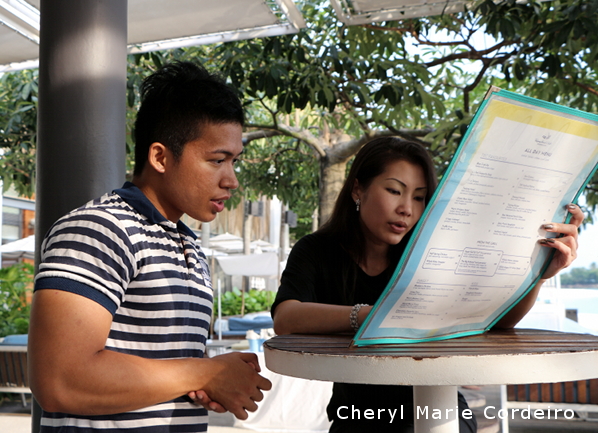 A friendly waiter, or two, introduced the drinks menu and I soon found myself settled with, just as the info guide mentioned, “favourite cocktail in hand”. 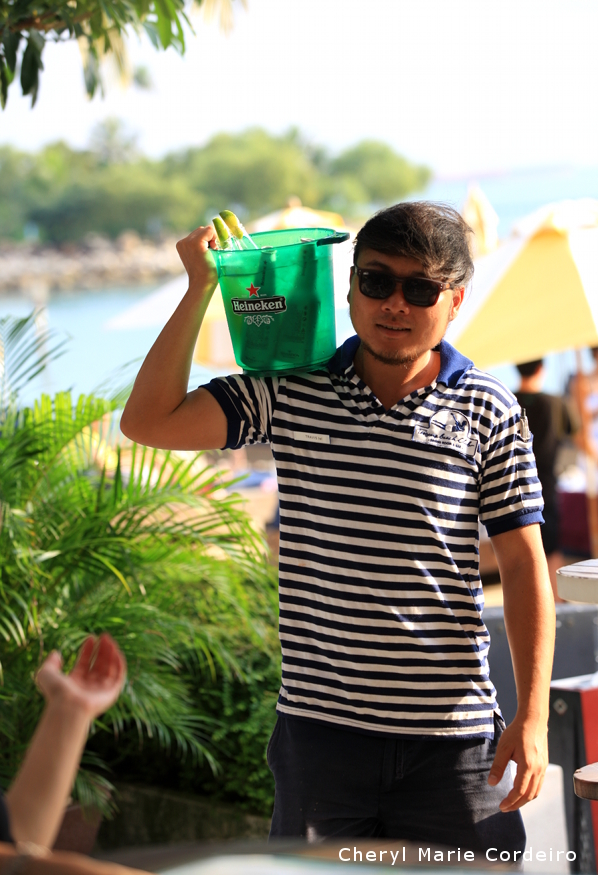 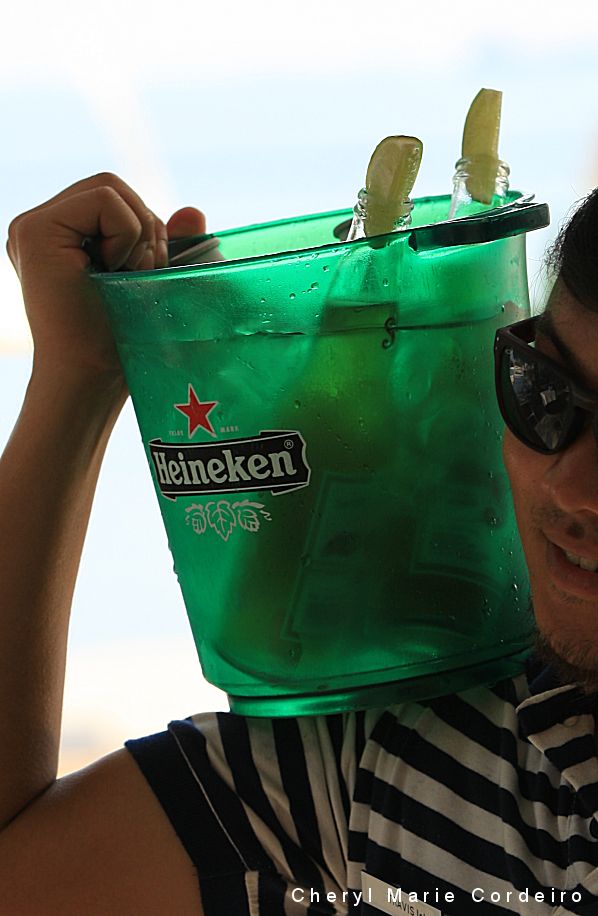 I’ve had the opportunity for some years now, to study and compare doing in different ways, similar things in Scandinavia and Asia.

The Swedish approach to nature for example, is to fully embrace the raw outdoors during the summer months. To plunge into the still too cold late spring waters of the North Sea, to take your boat out sailing in that summer thunderstorm for the thrill of it and to throw your fishing nets into the sea only to pull up just enough angry and fighting piscatorial delights to fill the family for dinner, would be the things to do. It’s a rough take on nature concretised and inherited from the Nordic Viking history.

And whilst the same could be said of nature in the tropics, where to a large extent, nature in the tropics could prove far more aggressive due to the conducive climate for bacterial and viral growth that could potentially wipe out thousands in one ill streak, what has happened in this city state is a taming of the rivers and the rainforests that have resulted in pockets and sequences of drive-through encounters with nature in bonsai.

At Tanjong Beach Club, an infinity pool sits right by the sea, so you can admire the view of sand and waves without getting your feet salt-wet and sandy. Besides, the pool pump and cleaning system might clog with too much sand if you were to initially bathe in the sea, so admiring from a distance with drink in hand, is encouraged.

To facilitate this idyllic and luxurious experience of nature, umbrella shaded lounge seats are readily available at the Tanjong Beach Club, with the neat, symmetric pool looking inviting with its infinity edge visually blending with the actual sea. 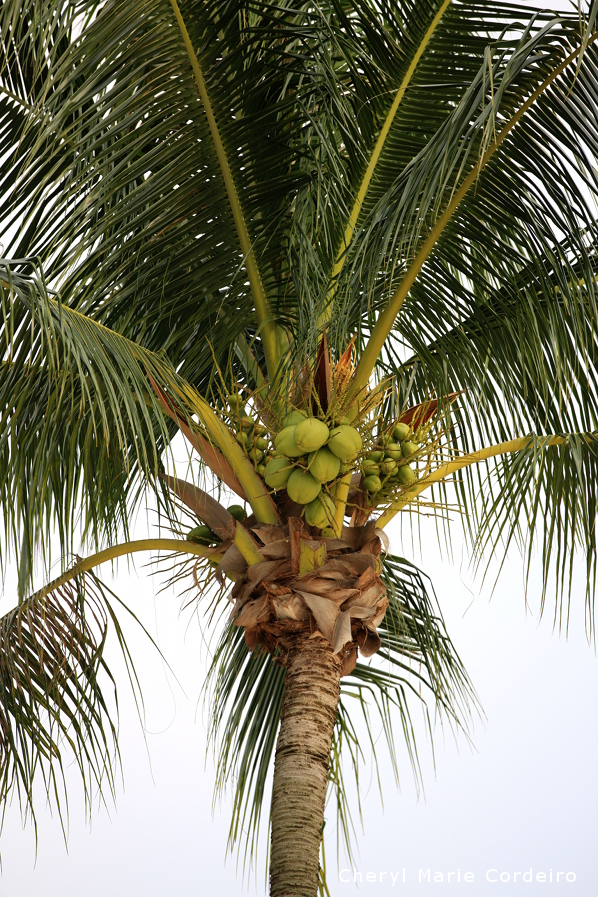 In general, I came away from my recent visit to Sentosa with a duo-undertone of impressions. An ambivalence that I experienced in being back at Sentosa, to which the meeting with the peacock makes for a good allegory of a case of who are you? And, where are you going? However, admittedly, the piercing stare of the peacock could have just as well have meant what, are you? (And, why are you not having blue feathers on your head?).

It was thus both comfortable and uncomfortable, finding my way back to Sentosa.

Whilst I enjoyed the excellent customer service, the dipping of feet into the unsalted cool chlorine purified pool waters, to be able to order whatever desired direct from a menu placed swiftly between the fingertips even as you settle into that bar stool, what has been stripped in this experience is that absolute sense of awe, wonder and excitement for what is authentic, and what is real. The cordoned off area for swimming signaling “not beyond this line” is there both for our safety but also as a deeper reminder of where your limits in life are. 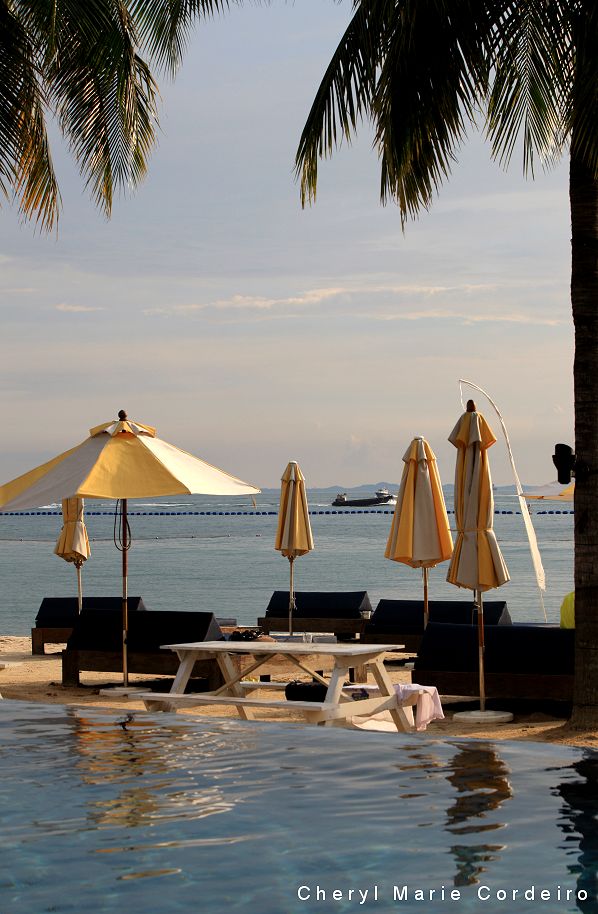 Considering the population density of Singapore perhaps all the prescription and rules, social and otherwise, are necessary. But at the same time, it seems there exists an underlying visual semiosis of cues that reflect a discouraging of individual responsibility. A potential consequence of these subtleties in the long term (perhaps already observable at certain levels of society), is to impede the process of social and perhaps political maturing of a society in general.

Nonetheless, it is an impressive accomplishment that the small island of Sentosa has been developed to the extent of being able to host about 19 million guests at its numerous attractions in 2011. 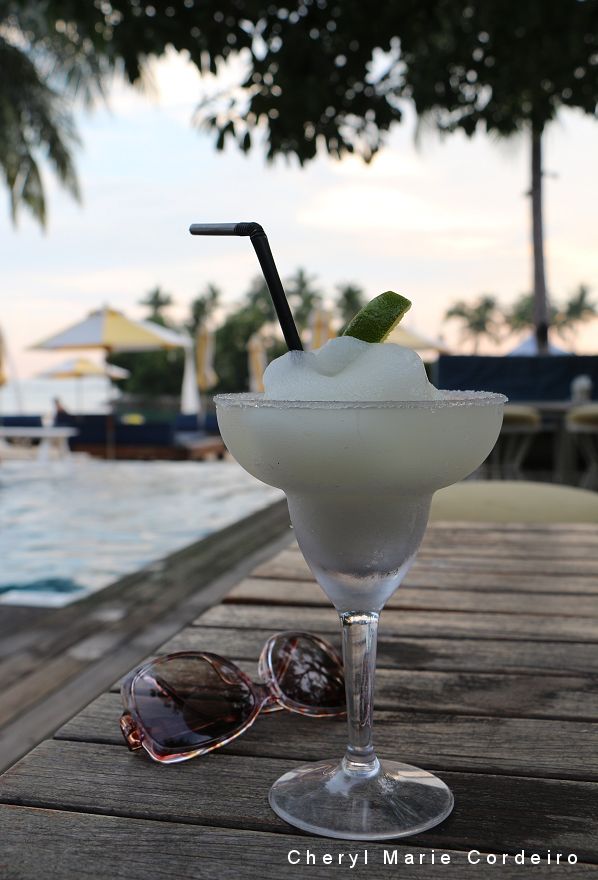 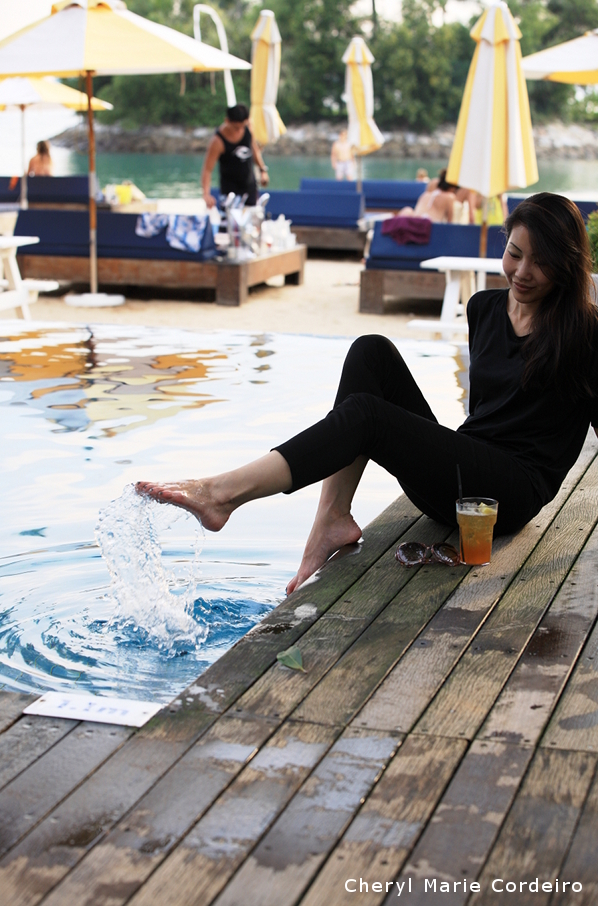 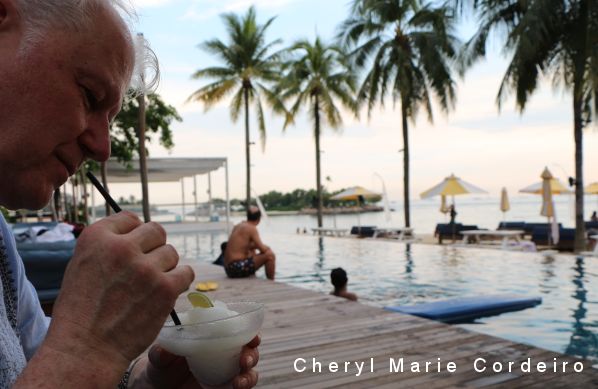 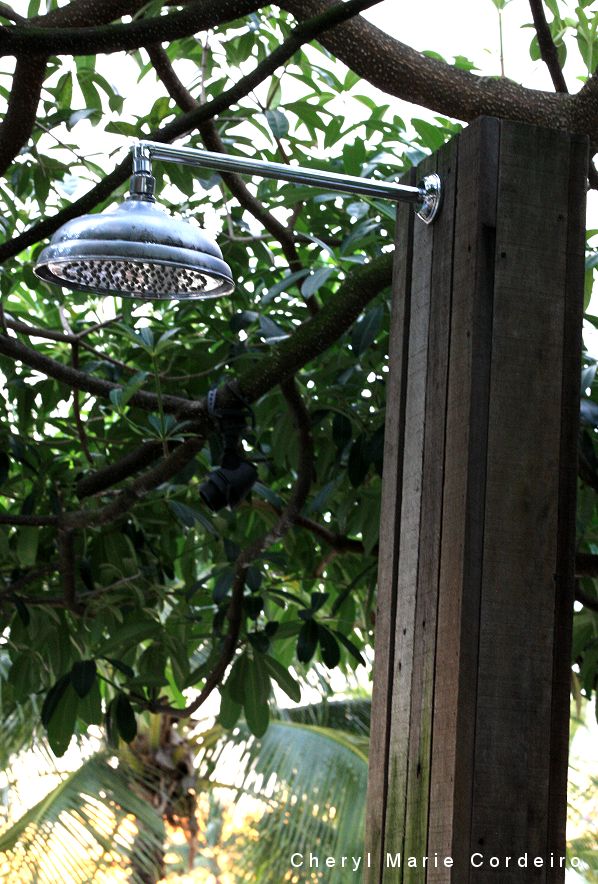 Where urban meets nature. A shower, by the poolside, by the beach.

Singapore has done much in terms of green living, incorporating an environmental consciousness of sustained living and tourism into its development plans. As one example of many global accolades to its efforts on that front, Sentosa was selected as a finalist for the prestigious Tourism for Tomorrow Awards’ (TTA) Destination Stewardship Award, organized by the World Travel & Tourism Council (WTTC).

The country’s sustainability and green efforts come adjacent in ideological values with its determined efficiency at being the world’s best, which then comes with the implicature that the core agenda of sustainability thus defined, remains framed in the paradigm of economic competitiveness that is known to contribute to the consumption and depletion of global resources.

Judging from the country’s ability to thus far, quickly adapt to changing business environments, where Singapore can be described as a city in a constant state of transformation, perhaps it is from here that in time, a paradigm shift of thought might come about that allows for a model of living currently framed heavily in the economic-transactions cost paradigm, to evolve and encompass values that facilitate a lifestyle beyond being a materially developed country.