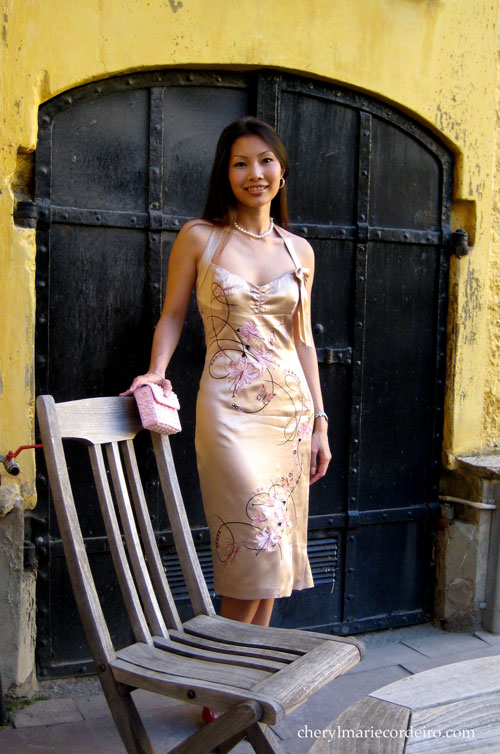 The setting makes half the event and what better fitting place is there in Göteborg for a grand dinner than the 350 year old Torstenson Palace, now the private residence of the Governor of Gothenburg and his wife, Lars and Ann-Christin Bäckström.

Every year, the Western Swedish Academy of Gastronomy holds a traditional dinner in recognition of the most outstanding chefs and all things gastronomical in Western Sweden.

Awards and prizes are given out, after which a dinner that seldom fails to impress the hardiest bon vivants, is served.

This year, the highest award went to Pelle Danielsson and Ola Andersson from the restaurant Hos Pelle in Göteborg, for their profound work in combination with an admirable ability for breaking new grounds in the field of gastronomy.

For those in the city, Hos Pelle is worth visiting in Gothenburg as they are the restaurant deemed most likely to make the next Guide Michelin star to light up the gastronomical sky of Gothenburg. 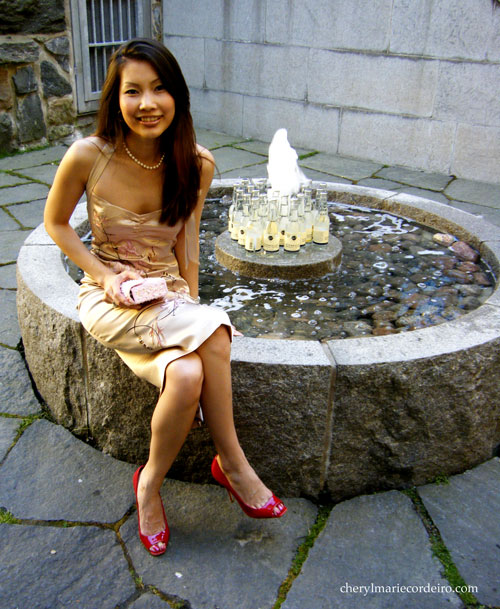 Beside a fountain of refreshments, in a Karen Millen silk dress with embroidered lilies and red Miu Miu open toe pumps.

There is always some new gastronomic frontier the Academy pushes with a sense of humour at these annual dinners. Last year, they paid tribute to small cookies and served them with beer at the mingle session prior to dinner. Most culinary experts didn’t quite know which face to show, most concluded that it was likely, a practical joke.

This year, Stenkulla bottles of natural spring water were placed in the center of a fountain, where in a metaphorical gesture, guests were supposed to reach over and help themselves to ‘the fountain of spring’. 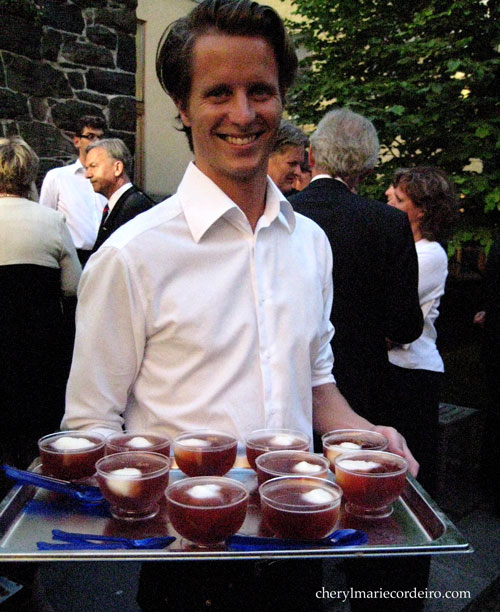 Our friendly waiter with a dashing smile! Erik serves up some fresh lemon sorbet with frrrozen strawberry wine and champagne during the mingle session.

Served with the welcome drinks were generous dollops of lemon sorbet made by another of the prize winners, Österhagenglass, Hjo, by Stig Ernbro and Inger Hersby. Their ice-creams are renowned for their whole, natural ingredients. 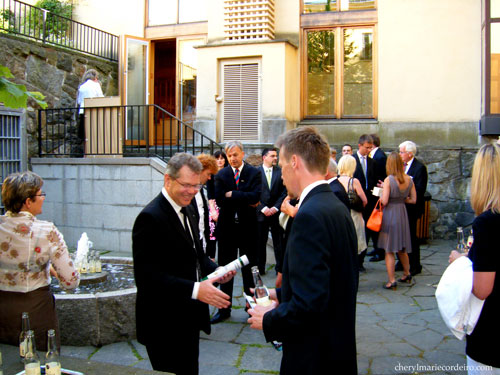 In the garden, before dinner. Though everyone in the field mostly knew each other, it was fun to have a few hours off work to meet and mingle with colleagues.

After the awards ceremony came the dinner. Fish as the main course was a tradition at this annual event, but which fish? The discussions ran high and some tables amounted to bets. Guests were helped along in this guessing game with one clue, that the Chef for the evening was Mikael Sande, who owns the restaurant Treans, in Gothenburg.

Mikael is celebrated in subtly combining flavours that effected an orchestrated ensemble of flavours on the palette. My husband and I who knew him personally, as he was also the Chef to our wedding banquet a few years ago, knew that cod was off the menu for an event such as this.

It was good hearted fun in guessing what we were eating that evening, the main dish of fish being the most difficult to guess. And so ran that evening that continued to delight its guests with more gastronomic phantasms, till Mikael appeared with his team by the end of the evening and revealed the secrets.

Mussel soup with a mussel salad tinged with citrus, served with a French Muscadet Sèvre-et-Maine.

Cardamon ice-cream served on a bed of chocolate dressing with rhubarb sauce on the side, served with a sweet Tokaji Szamorodni.

Personally, I failed on the fish and I had no idea that it was rhubard sauce that was served on the side of the dessert. I had in mind a brew of plum sauce with a generous dose of citrus of some sort. 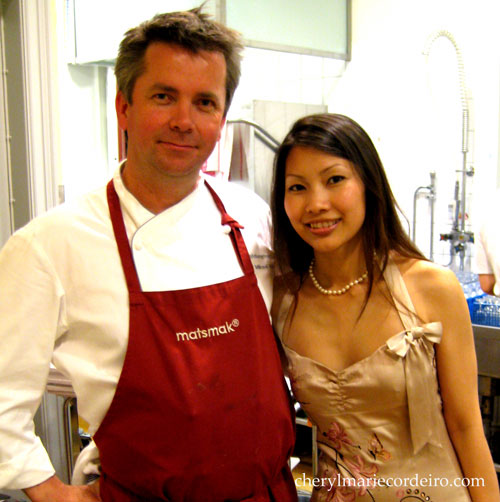 Saying hello to Mikael in the kitchen, after dinner.

After dinner, it was winding down with a selection of avec and chocolates from Valrhona.

A warm thank you to our hosts, Lars and Ann-Christin Bäckström, for inviting us to your home. 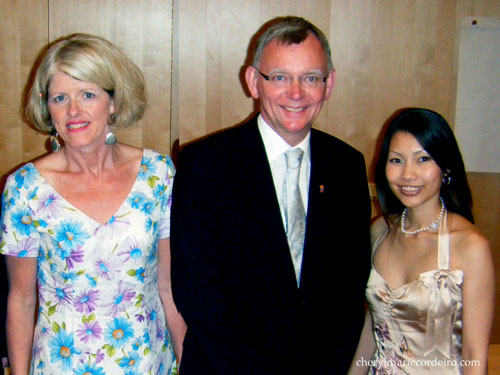