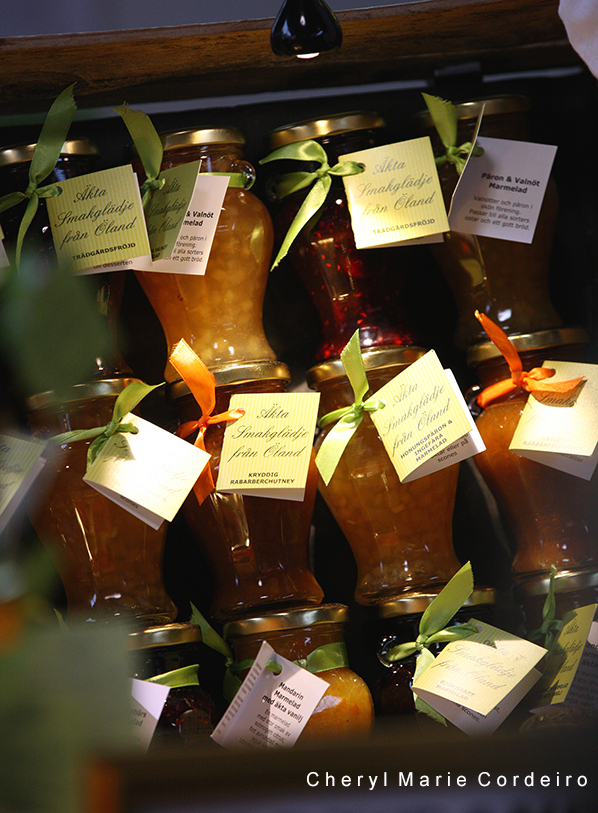 Beautifully crafted jars piled in pyramid form, lit from their feet by several spotlights made for Fredrikssons annual display at Passion för Mat 2014. It was wonderful seeing their marmalade stall teeming over with visitors, each curiously sampling the sweet concoctions with hardbread or crisps, trying to decide which of the dozen offerings of flavours they liked best. 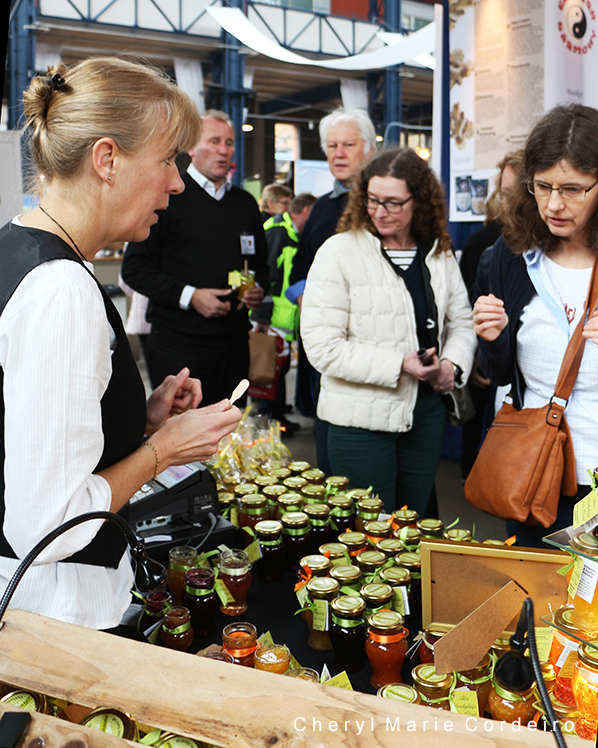 Mona Fredriksson (left) explains the variations of marmalade to visitors.

Walking around their stall, I noted that most of the jars were laid in their pressed wood transportation crates, each carefully nestled in soft packaging material under the table. They looked very much like nests of colourful precious eggs.

Apart from their continuing expansion of bringing their product to more Swedish outlets, new to this year’s fair that caught my eye, is the deep jewel toned ruby of their Raspberry Liquorice marmalade. It was only a few years ago that liquorice made it into the mainstream market in Sweden, infused with ice-creams, chocolate bars and pralines. It was only a matter of further experimentation with the combination of flavours, and time, that landed it in marmalades. The mix of flavours, of cogent raspberry followed by a light interlacing of liquorice was exotic, and left a lingering memory on the palate. I instantly favourited it. 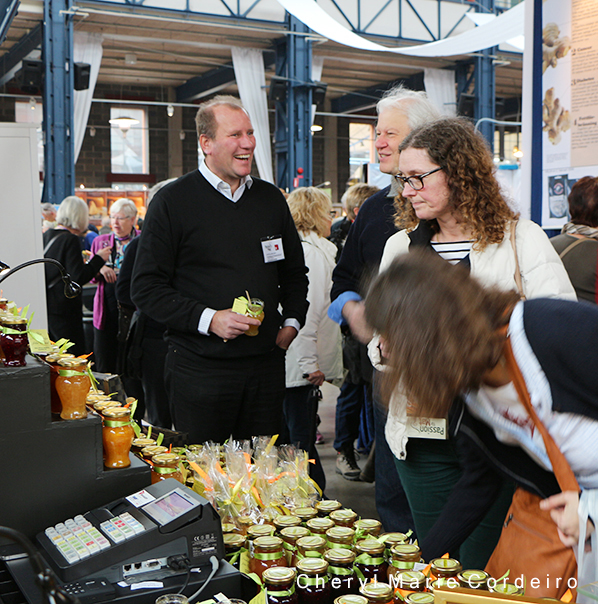 Using no preservatives or artificial gelling agents, Mona and Christer laughed lightheartedly as they conveyed the story of a recent ‘failed batch’ of marmalade. This particular batch simply refused to solidify to marmalade consistency.

With a stroke of genius it was decided to have it as flavouring jam, with ice-cream. Maybe that is something that could be developed even further, with a Fredrikssons signature.