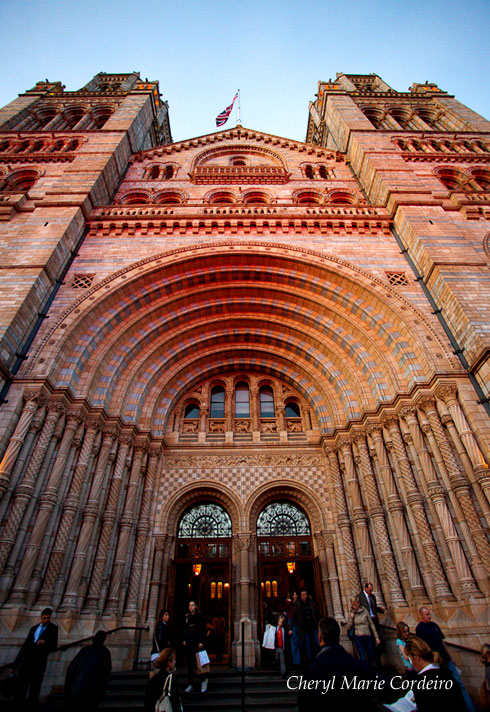 If London’s Natural History Museum is on your list of places of interest to visit, then set aside the better part of a day to do this – preferably on a full stomach too – because you could easily spend hours touring not only its exhibition wings, but its surrounding compounds on the outside of this Gibbs and Canning building. 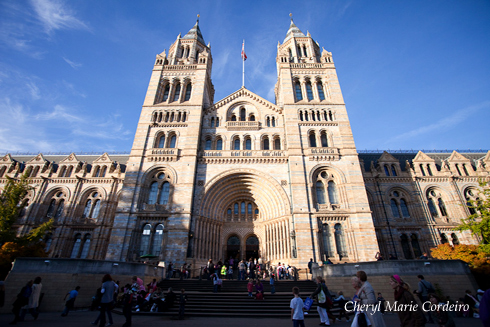 One of three large museums on Exhibition Road in South Kensington, London, along with the Science Museum and the Victoria and Albert Museum, the Victorian architecture of this museum is strikingly majestic in contrast to its neighbours. 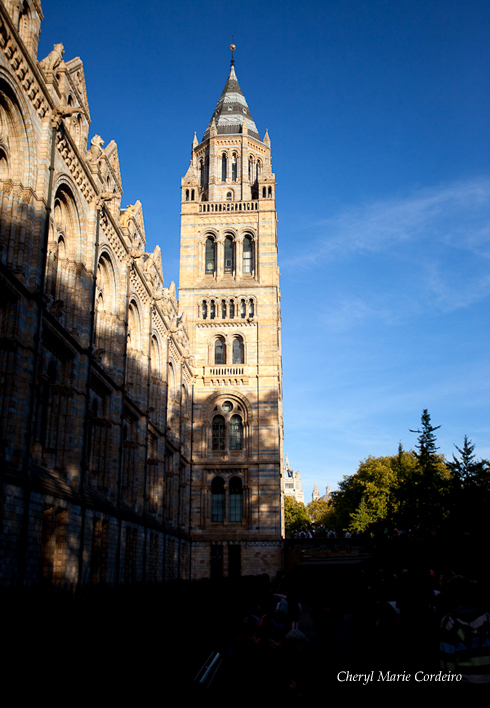 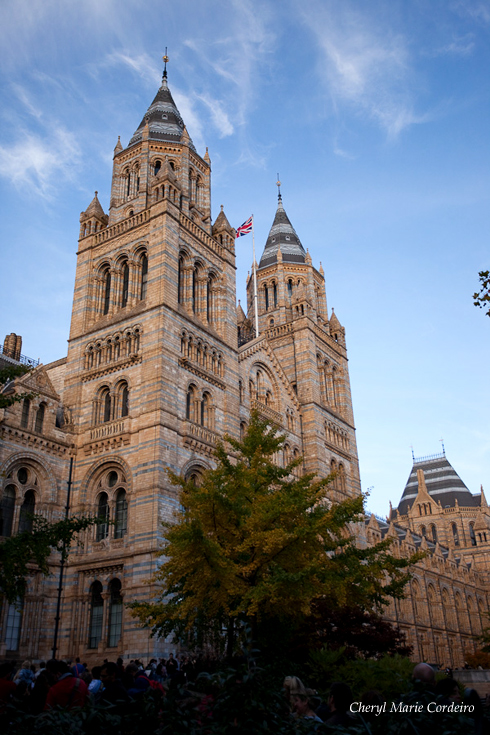 The view of the buildng from the Southwest is beautiful, where walking around, you’ll notice that the terracotta mouldings on one wing represent extinct animals and the other, living animals. A movement through nature and time, in stone.

Having explored the outside of the building, once you reach the museum’s entrance along Cromwell Road, the feeling of certain adventure is unstoppable as you hop through its great terracotta arch. 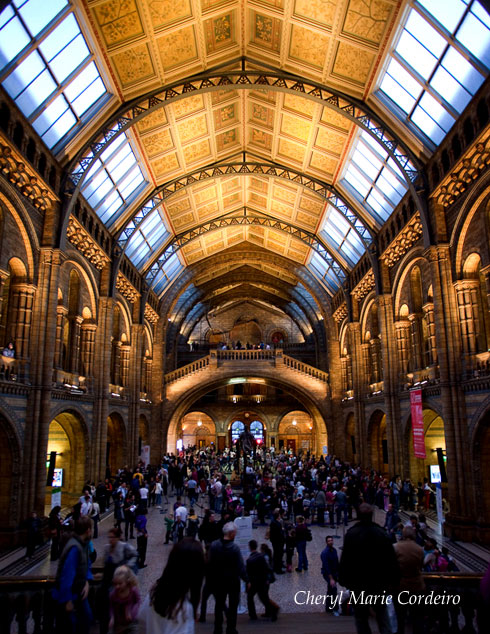 The architecture of the building, seen from the inside, is no less spectacular. Glass panels on the roof of the hall let in skylight into the main hall, that refelcts off its terracotta walls, to fill the entire lobby of the museum in a golden hue. There were as many people snapping pictures of the interior of the building as there were people snapping pictures of the exhibits. 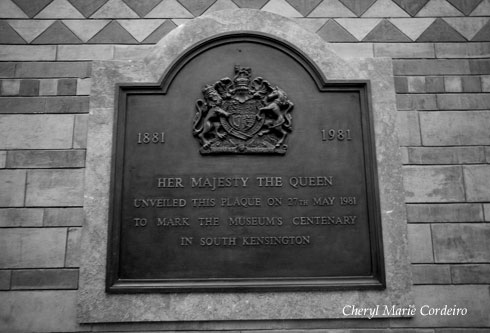 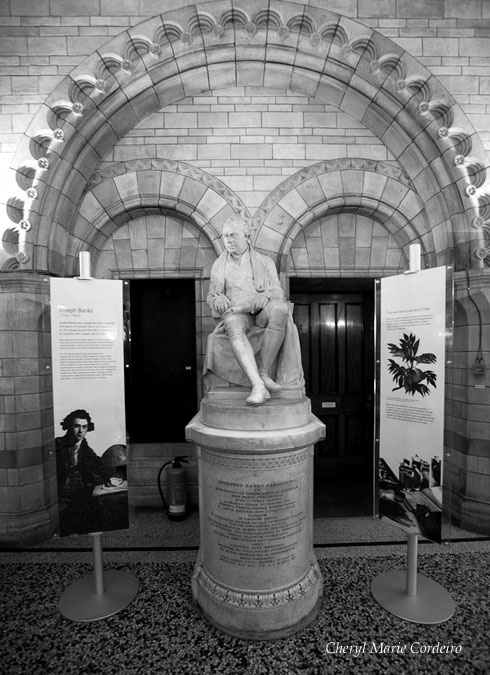 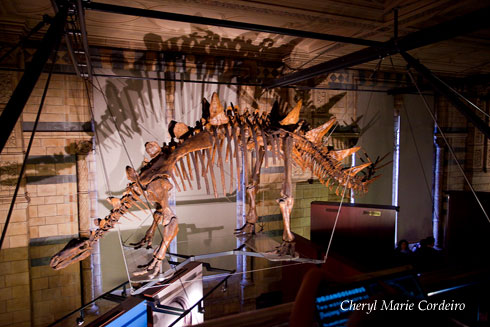 These days, it isn’t only the encounters with dinosaurs that attracts visitors, but the musuem is taking active efforts on the internationial front towards the understanding of our natural world.

In September 2009, HRH Prince William of Wales together with Sir David Attenborough, declared the new Darwin Centre officially open. The purpose of the centre is to inspire a global understanding of our environment and its living creatures, which it does through transnational projects in 68 countries. 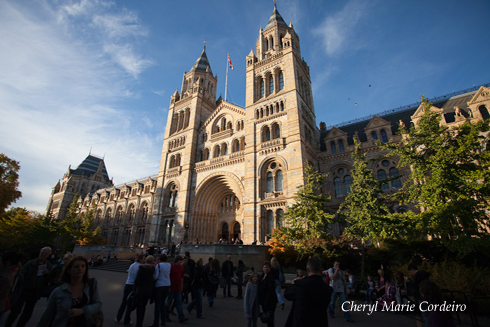 Entrance is free for the Natural History Museum for temporary exhibitions and the museum is open everyday of the week (except 34-36 December) from 10 am to 5:50 pm.

Apart from the Natural History Museum, if your feet could take you further, I’d recommend a visit to the Victoria and Albert Museum just around the corner, where their exhibits on fashion, design and history continue to be one of my favourites!