Pizzerias are plenty around the city of Gothenburg, where you could literally hop from one outlet to another, finding your favourite version of a quatro stagione or the local favourite, kebab pizza which is a little surprising combination, but very popular. You could also spend weeks trying out different types of pizzas with different toppings without ever having to eat the same pizza twice.

But on some days, nothing beats a homemade, oven-baked pizza with toppings just the way you like it! 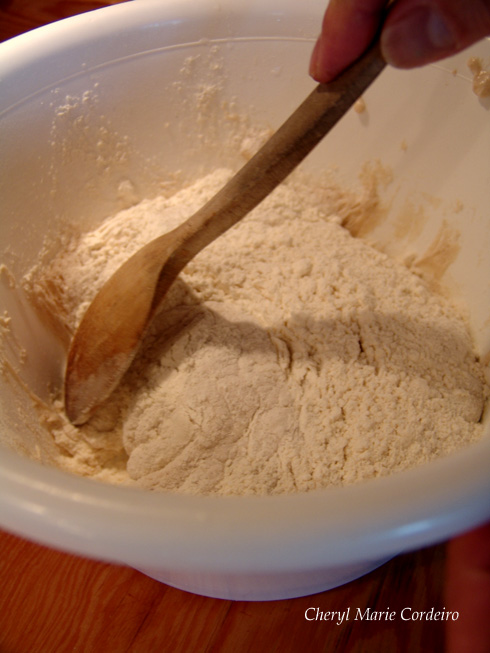 After an initial kneading that puts the dough together, it needs about half an hour to rise. You start with the water that decides eventually, how large a pizza you want, then add salt, oil and yeast, stir, and then add wheat flour until you’ve got a dough. The ingredients for our dough were roughly:

This will serve about 4-6 persons. 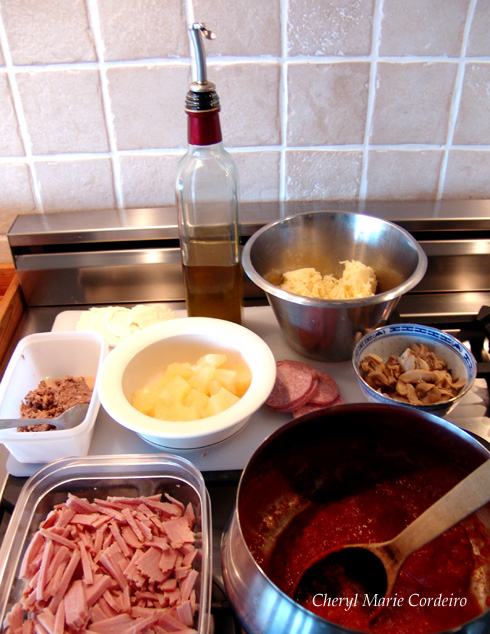 What we like about making pizzas at home, is that you get to choose the thickness of the pizza crust and can put exactly what you want on top of it. 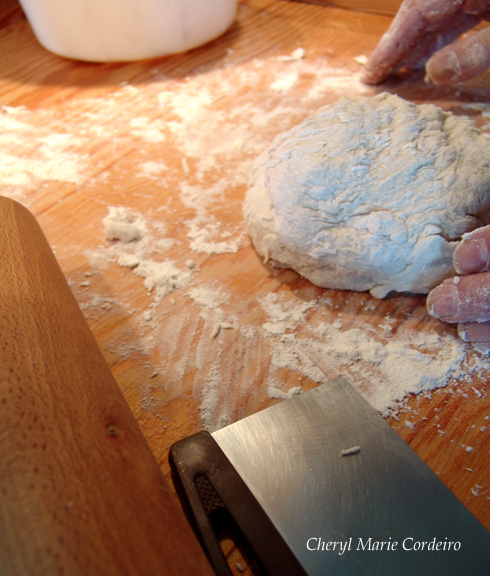 Once the dough has risen, it takes a few minutes to knead it smooth, sprinkling some flour over the working area, so that the dough doesn’t stick to the surface. 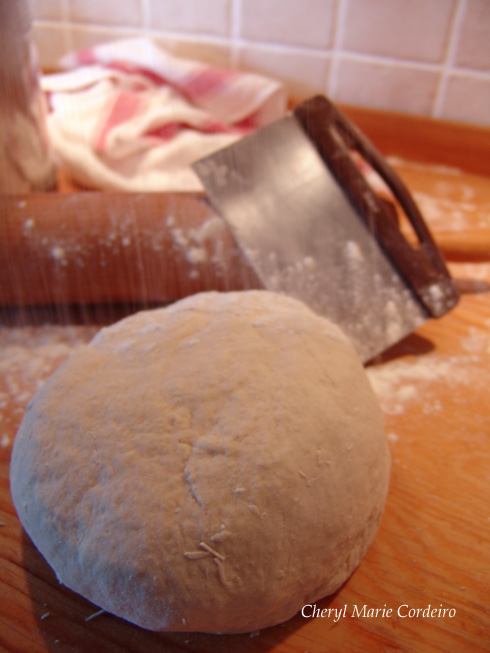 The dough should turn out smooth.

We worked with a long rectangular baking pan that filled the entire width of the oven, so we shaped the dough accordingly.

As tomato sauce, you could probably use ordinary ketchup but it gets tastier if you make your own by reducing a can of crushed tomatoes together with one small clove of garlic, one tablespoon olive oil, some black pepper and salt and a dash of Tabasco! 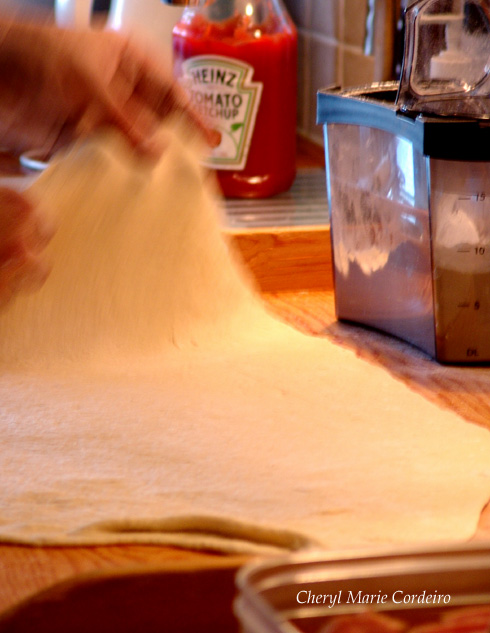 Rolling out the dough.

In southern Italy, the homeland of the Pizza, the crusts are often very thin and crispy. In the US you get pan-pizzas that are more like a loaf of bread with tons of cheese on top of it. In Sweden, the norm is a middle way. Not a hard thin crispy base but definitely not too much dough either.

In order to get the crust the way we like it, we blind baked the dough for about 10 minutes, like how pastries are done to get them crustier. Then the tomato sauce and juicier toppings like tuna don’t soak right through the crust after this pre-baking process. 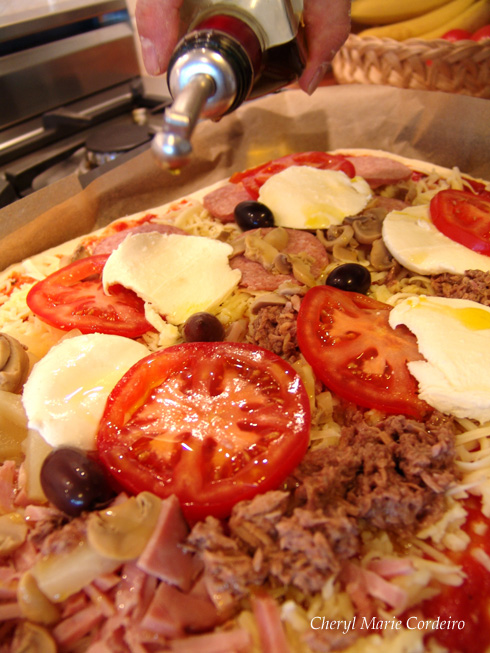 An eclectic mix of toppings.

Since we had quite a few wishes for our pizza, we divided the ingredients according to flavours and began with Hawaiian style toppings with smoked ham and pineapple in one corner, working out way past shrimps, sardines, mussels, black olives, mushrooms and salami, to tuna and olives, and finally some real mozarella and tomatoes in the other corner. We love to mix different cheeses, some parmigiano adds a nice touch. 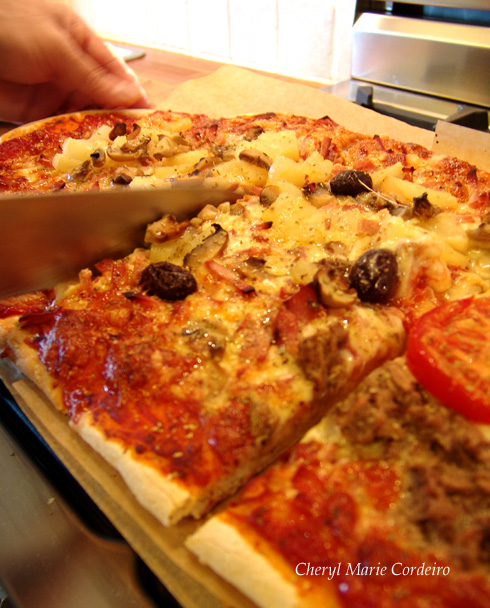 If you used butter in the dough maybe now is the opportunity to drizzle some olive oil over the pizza, adding some fresh oregano, then – Ready to serve!

We baked our pizza at ca. 200 deg C till the cheese melted or when the toppings looked golden at their tips.

Then there was nothing to do else, except enjoy a slice of whichever corner we preferred!