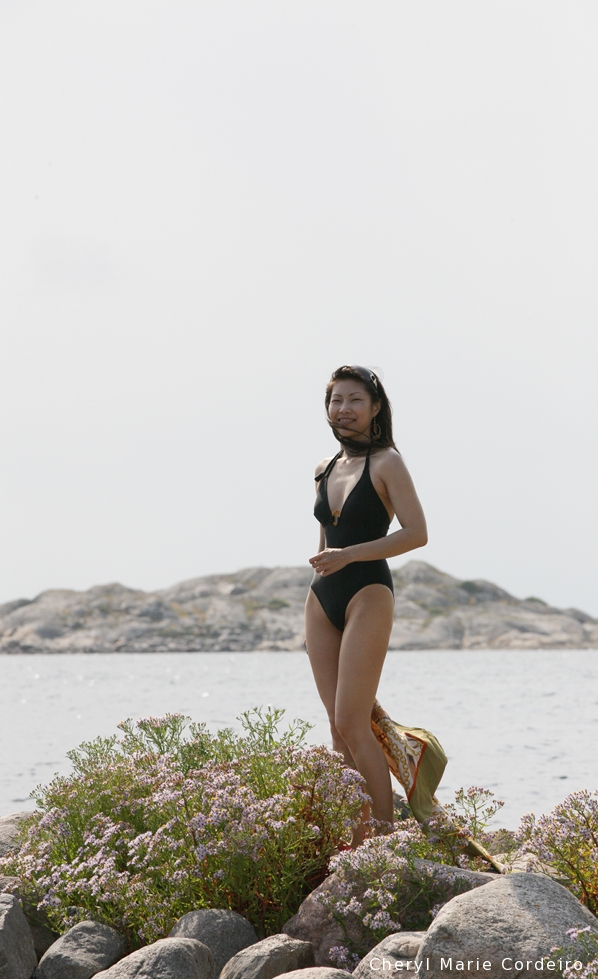 “It seems like the more I read, the less I understand of things and how they work.” was the exasperated comment.

He looked up from the daily broadsheet, his expression curious and silent.

“For example, if people knew about Gravesian theory, would they then choose to not intervene without first understanding the larger circumstance of society, how it worked in that context, and with that, the consequences to follow, following certain actions? Would they not know? They should know, no?”

He smiled then and nodded, “Things, go in waves. So I’m a little more optimistic than you are in that sense.” 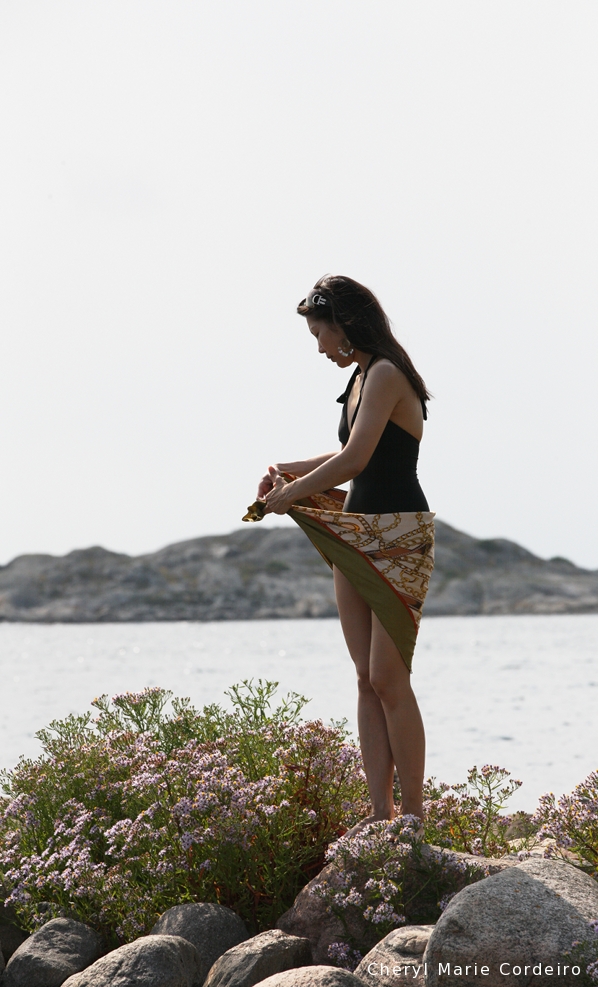 And waves, it is.

It seems that almost every time I decide to go for a swim in the North Sea – which makes it a total of five counts now – the clouds are somehow overcast with winds, and the beckoning of rain. But I found myself on this shore again after almost four years. The last time I was here, it was to show around some university exchange students from Singapore, for the very intent of enjoying watching them do some crab fishing. Overly enthusiastic with camera in hand and with leather shoes on, I took one step too far out on a slippery rock and fell right into the sea. This accidental swim was my third time in the cold waters, after almost a decade living along the Swedish westcoast archipelago. With (not my own) camera in hand again today, I made sure to walk barefoot, avoiding all slippery rocks. 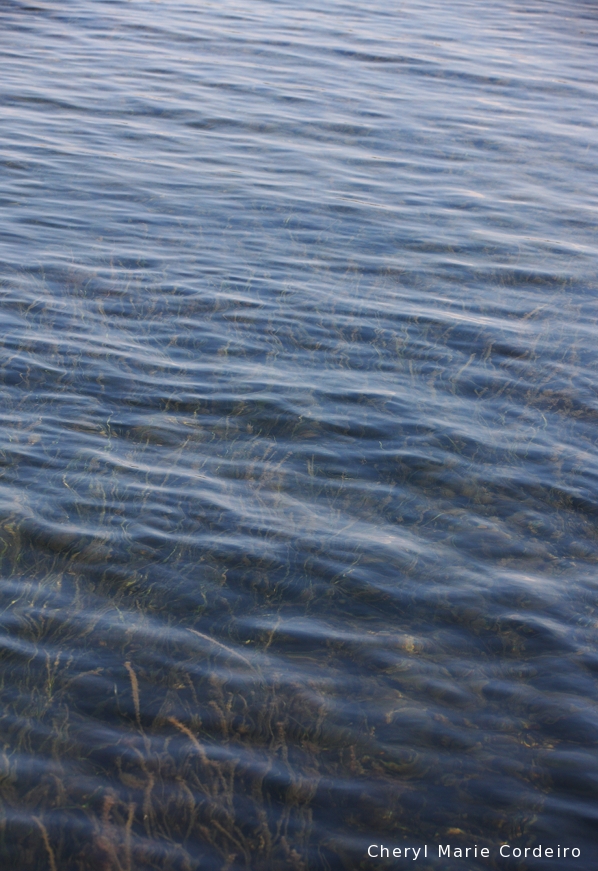 The shallow waters are filled with kelp forests that thrive in this clean, nutrient rich waters with temperatures ranging in season between 6C to 14C. The Scandinavian coastline kelp forests can cover up to 5800 square kilometres, their ecology supporting an abundance of biodiverse sea creatures. 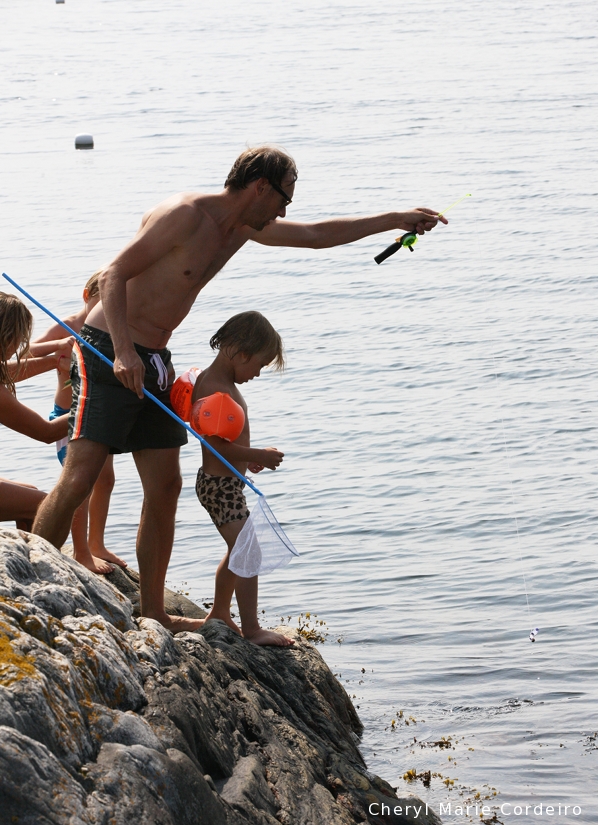 Crab fishing – that photo – four years on from September 2010. 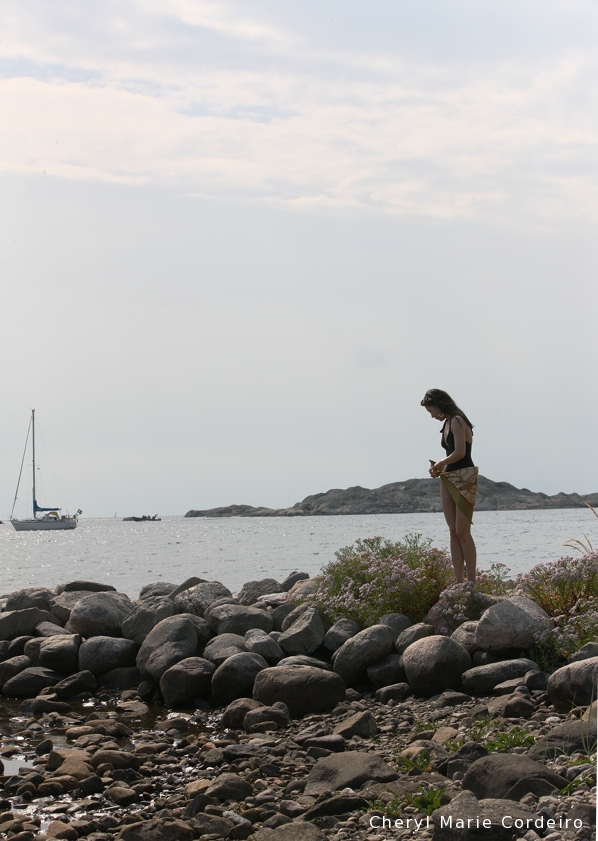 The rocks were distinctly friendlier this year, offering pretty bouquets of wild flowers to all visitors. 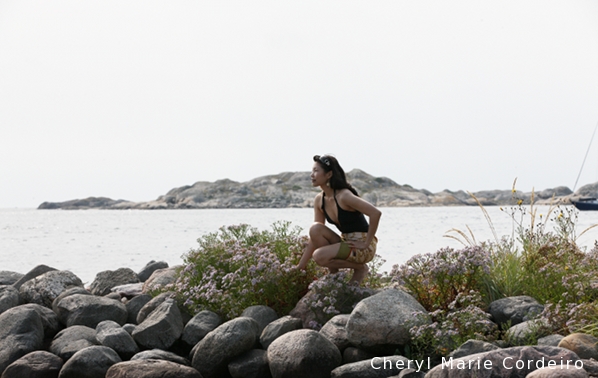 Apart from that there were less treacherous rocks around, I enjoyed the distinct sight of more children swimming and playing in the shallow natural lagoons of the area. As much as children were enjoying the warmer ‘kiddy pool’ shallows, the soft bed shallows are important also for the wildlife at sea, acting as a harbour nursery, giving them space and time to grow till when they are ready to move out into deeper ocean. Four years on, I’ve also found more wild flowers along the shore line, growing between the crevices of the rocks that at high tide, would be submerged in sea water.

The idea of how ‘things go in waves’ brought me back to the works of Lewis Carroll first published in 1865 and 1871, mainly Alice’s Adventures in Wonderland. As a child, I was fascinated (but utterly confused) at a lot of his words, but here at this shore, Carroll’s scene in Through the Looking Glass, Chapter V. Wool and Water, and the art of ‘living backwards’ came into focus:

‘Living backwards!’ Alice repeated in great astonishment. ‘I never heard of such a thing!’

‘— but there’s one great advantage in it, that one’s memory works both ways.’

‘I’m sure mine only works one way,’ Alice remarked. ‘I can’t remember things before they happen.’

‘It’s a poor sort of memory that only works backwards,’ the Queen remarked.

‘What sort of things do you remember best?’ Alice ventured to ask.

‘Oh, things that happened the week after next,’ the Queen replied in a careless tone. 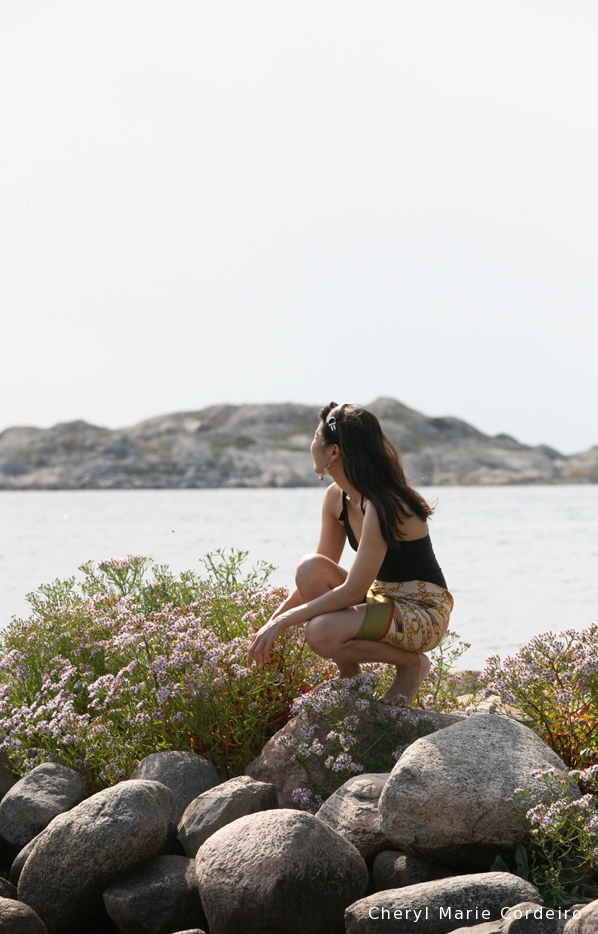 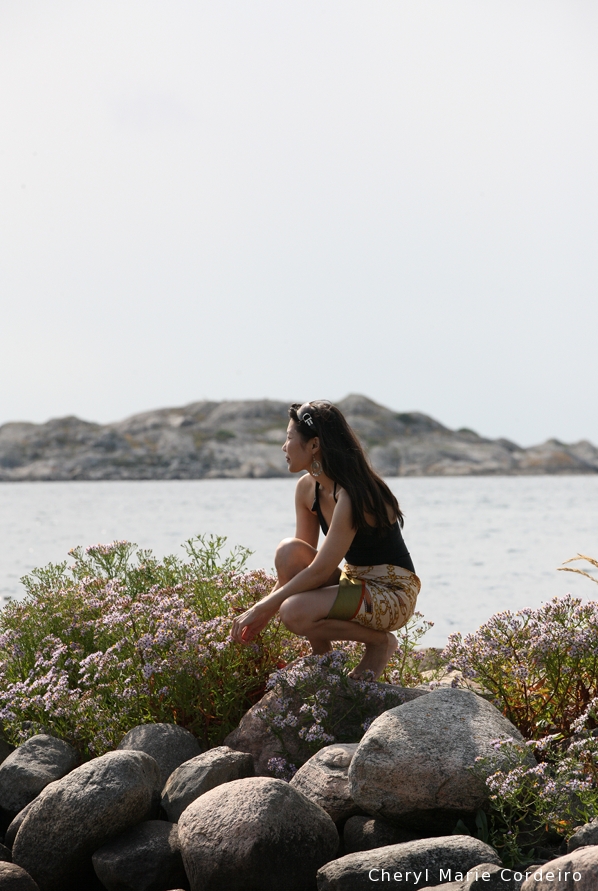 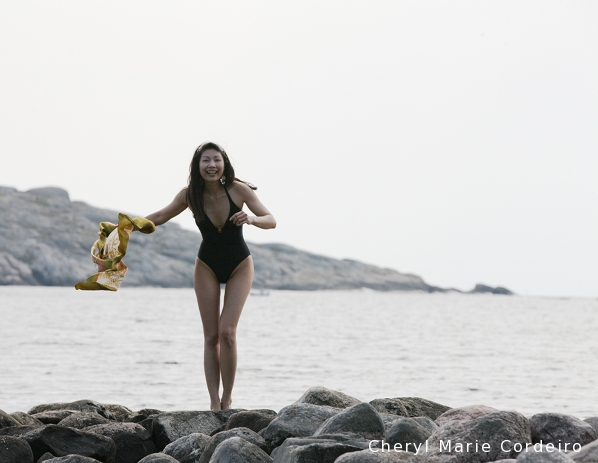 “There goes the shawl again!” ~ V. Wool and Water, Through the Looking Glass, by Lewis Carroll 1871. It was through Carroll’s writings too that I was first introduced to the idea that, depending on perspective, time is not necessarily linear, and that the observation of phenomena is very much relative to the individual. The same chapter describes in light humour, the distinct quantum physics / social sciences problem of observer / researcher interference still debated today in the field of academia and reflected in news articles of daily broadsheets around the world. That the very act of observing a phenomenon, makes impossible an accurate observation of it:

The shop seemed to be full of all manner of curious things — but the oddest part of it all was that, whenever she looked hard at any shelf, to make out exactly what it had on it, that particular shelf was always quite, empty, though the others round it were crowded as full as they could hold.

‘Things flow about so here!’ she said at last in a plaintive tone, after she had spent a minute or so in vainly pursuing a large bright thing that looked sometimes like a doll and sometimes like a work-box, and was always in the shelf next above the one she was looking at.

‘And this one is the most provoking of all — but I’ll tell you what —’ she added, as a sudden thought struck her. ‘I’ll follow it up to the very top shelf of all. It’ll puzzle it to go through the ceiling, I expect!’

But even this plan failed: the ‘thing’ went through the ceiling as quietly as possible, as if it were quite used to it. So yes, the more I read, the less I understand of things and how they work. But perhaps that is how it is, and it is only to wait for things to come around, again. The focusing and observing of which will come as those flowers and that crab fishing photo, four years on.