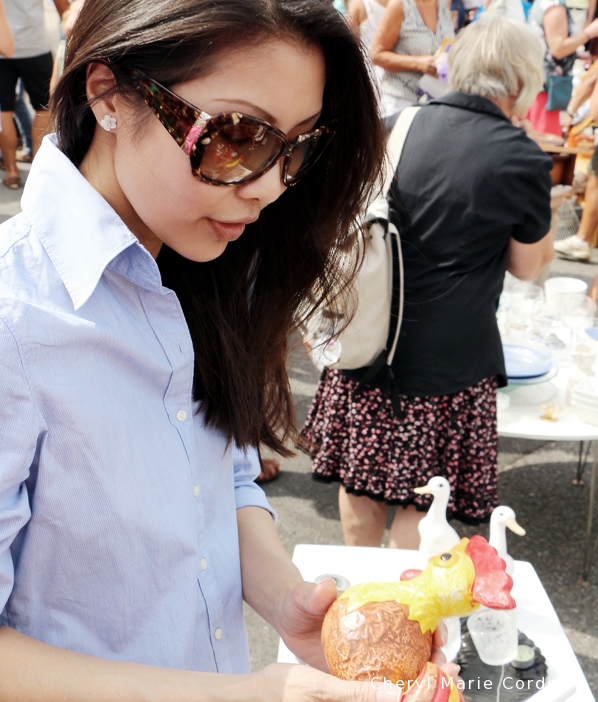 So autonomous are the archipelago islanders that closest neighbours, living in the same summer house, agreed to visit the harbour festival each at their own time and convenience, coming back to discuss, “So, what did you think about the harbour festival? Did you like it?”

Most noticeable this year was the lack of an urgent and pushy crowd, witnessed only a few years ago at this annual hamnfest. The change in general behaviour could perhaps be attributed to several factors, though two that come across as most likely are, that the festival this year seemed catered much more to children’s summer activities with a mini-Libseberg of sorts going on, and the other being the establishing of online communities of trade that the islanders had initiated, rendering trading in goods and services between themselves an everyday affair where the harbour festival provided a bolstering physical meeting point.

The festival’s main marketing street – Marknadsgata – went distinctly upscale this year with both established goods brands having their stalls along the street and the ambience enhanced by newly constructed double decked boat houses overlooking the harbour front, made possible after the coincidental burning down of 22 boathouses in 2012 at Donsö (DN.se 29 May 2012) with a fire that began at half past two in the morning. 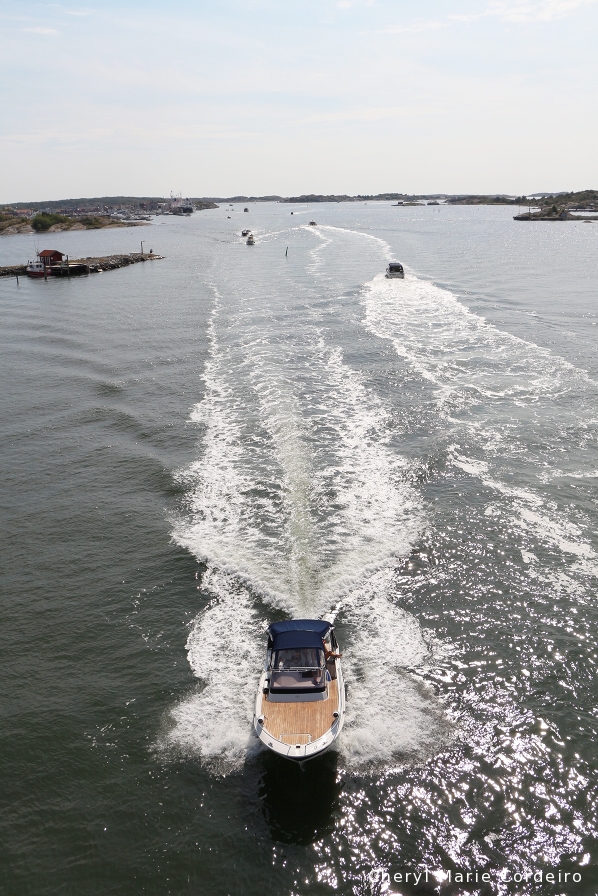 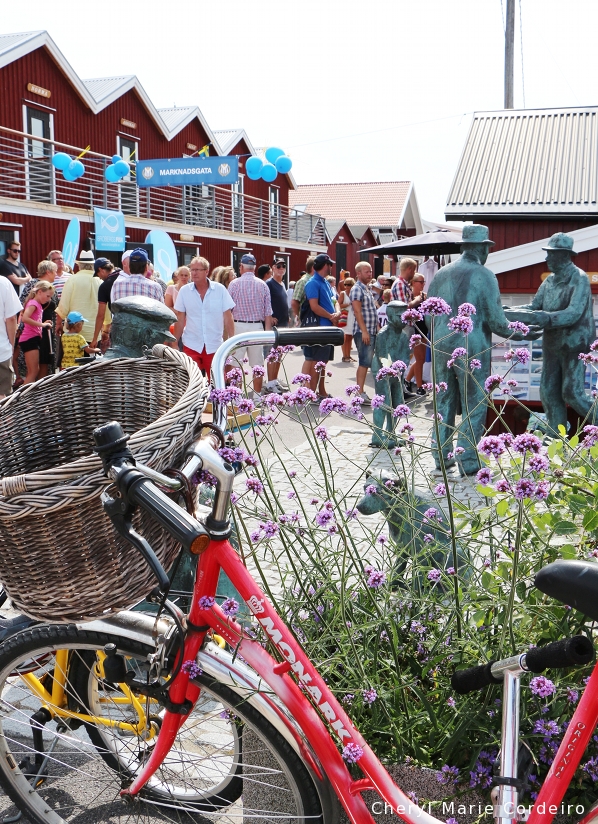 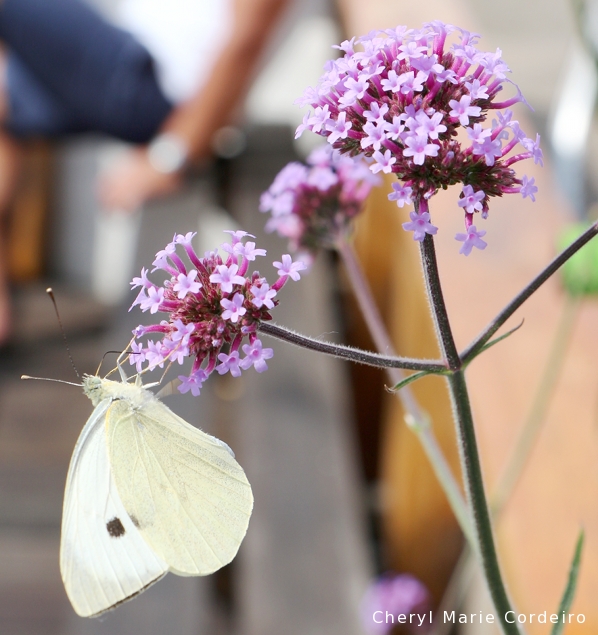 Many things caught my eye in the midst of the pleasant chaos of activities. This intoxicated papillon was one of them, where the flap of its delicate wings might just be the beginnings of a ripple to a storm elsewhere on the globe.

The interconnectedness of activities is evident at this harbour festival. Boats streamed into the harbour looking for a temporary docking space, signalled that they were not themselves from the southern archipelago of Gothenburg. This year’s festival also took a turn towards catering to the presence of visiting families with young children, sailing into the harbour to spend the day here. The festivities had also expanded well beyond Marknadsgata and the present restaurants, to groups of people bringing their food back onboard to dine on the upper decks of their own boats, the effect of which is a beautiful panoramic view of people summer wining and dining from land to water.

In the past few years that I’ve had the privilege of being at this harbour festival, what can be observed is the unfolding of the workings of any trading centre, including how the newly double-decked boat houses came to be, that reminded me of Edward Norton Lorenz’s beginnings of the outline of chaos theory or the butterfly effect. In Lorenz’s (1963:141) initial writings of his meticulous calculations on trajectories in hydrodynamic flow, his point of observation was that a very minute change in initial conditions led to considerably different outcomes:

We can now establish the theorem that a trajectory with a stable limiting trajectory is quasi-periodic.

The result has far-reaching consequences when the system being considered is an observable nonperiodic system whose future state we may desire to predict. It implies that two state differing by imperceptible amounts may eventually evolve into two considerably different states. If, then, there is any error whatever in observing the present state – and in any real system such errors seem inevitable – an acceptable prediction of an instantaneous state in the distant future may well be impossible.

But chaos theory or not, part of the area at this festival was cordoned off for flea marketing finds, where on my part, I couldn’t help but reach out for a ceramic lidded pot in the form of – a chicken – that could contain a total of two eggs.

“Yes, that’s correct.” came the straightforward reply, without a bat of an eyelid, the question being thus bounced back in my direction of, “Your point is?” and “Do you want it or not?” unvoiced.

I smiled at the disconnect of different versions of reality between his and mine. Scandinavian news have generally been debating solitariness and single households as the norm for more than a decade (Lanks 2014, Ahlberg 2001). Solo dining is not seen as social inadequacy but an individual privilege. Over the past years, it has become a personal luxury to have so few social obligations as to have the time to dine alone, away from colleagues during lunch hour. No disturbances. So why would anyone not want a warm thermos for one serving of coffee, or a cooler to fit just that one can of beer? How could that possibly not be useful? That I could have two eggs in this chicken ceramic form, was proof that it was a fantastic construct. Plus, it was vintage.

“If you take that chicken, then you can have this basket too.” he said, waving a much more attractive wicker basket – one I could actually put about a dozen eggs in.

“Well I could take the chicken as a signal on the counter, that that’s where I keep my eggs? In the basket, next to it?”

In keeping with this year’s autonomy of one’s own affairs, fairly unhurried browsing for flea market finds and the interconnectedness of all activities, that chicken in ceramic form was placed back onto the marketing table. Perhaps that action alone, here much more immediate than any butterfly effect, would call for its next picking, to its find of a new home. 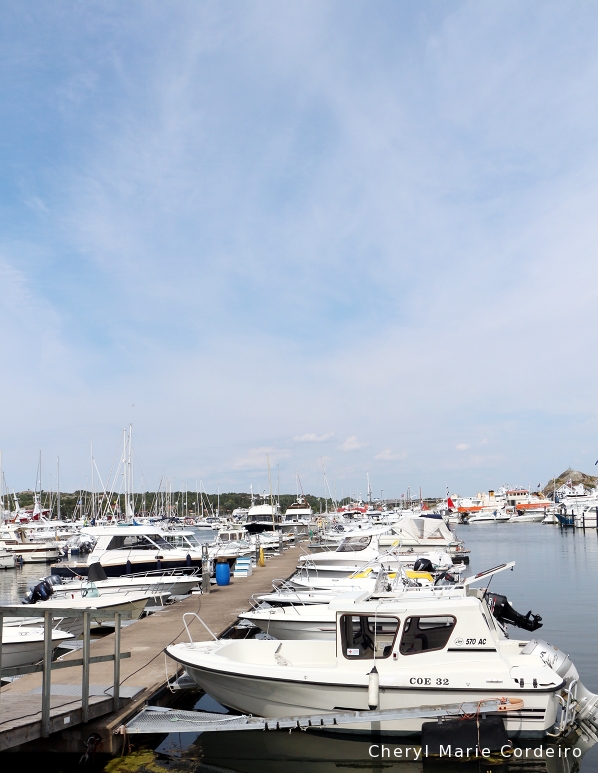 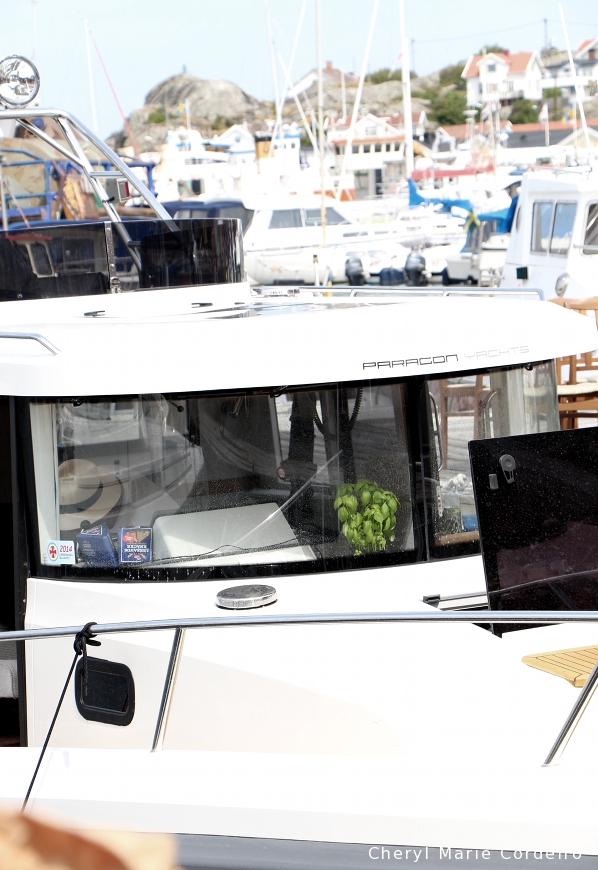 Handcrafted bags. Some made of recycled coffee paper packages. “I could take the chicken as a signal on the counter, that that’s where I keep my eggs?” The Gothenburg archipelago Öloppet, the track of which see the participants compete, running and swimming between 15 islands, with a total distance of 37.5 kilometres. A looping ferry on departure from Donsö harbour.

Lanks, B. 2014. Eating Alone by Design: An Entire Restaurant With Tables for One, Food & Drink, Bloomberg Businessweek, 24 April 2014.