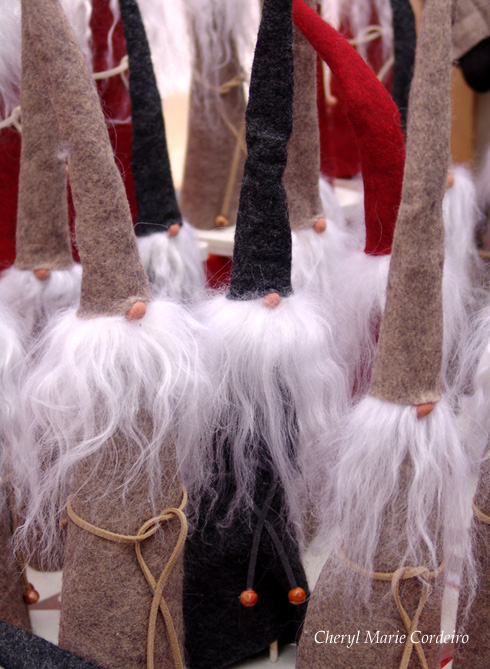 My favourite rendition of the tomte this year, with hat pulled down low over the eyes, so they go around incognito, in the true spirit of giving this season.
Photo for CMC © JE Nilsson, CM Cordeiro Nilsson 2009

What I find refreshing when spending Christmas in Scandinavia is the appearance of the jultomte or nisse, a mythical creature of Scandinavian folklore believed to help take care of the house, the animals on the farm and the family of the house, preventing any misfortune.

Having grown up in Singapore, with its Anglo-Saxon influence in terms of movies from the USA to British fruit pudding at the Christmas table and Santa Claus dressed in red and white, I find myself almost jumping in glee when greeting these woollen handmade elves that make their appearance just once a year at the shops.

In this post are several variants of the Swedish tomte that you can bring home this season or give away to a friend. 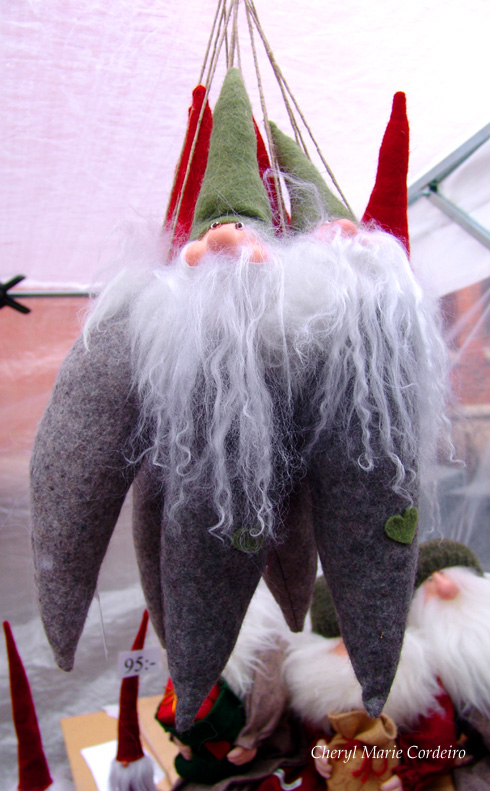 Jultomte or Scandinavian Christmas elves in a sack.

Whether it’s the influence of the Anglo-Saxon iconic plump and jolly Santa Claus in his red and white gear that’s spreading to Northern Europe, or that red as a colour is simply outstanding during the winter season, you’ll find these days in Sweden, variations of the tomte in red and white dress. The Scandinavian version of dress however, leaves no doubt as to what kind of Viking weather we have up here! 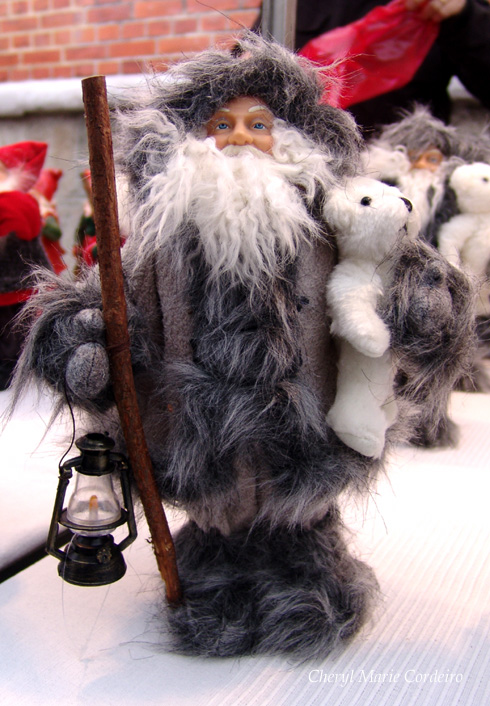 A tomte in grey. 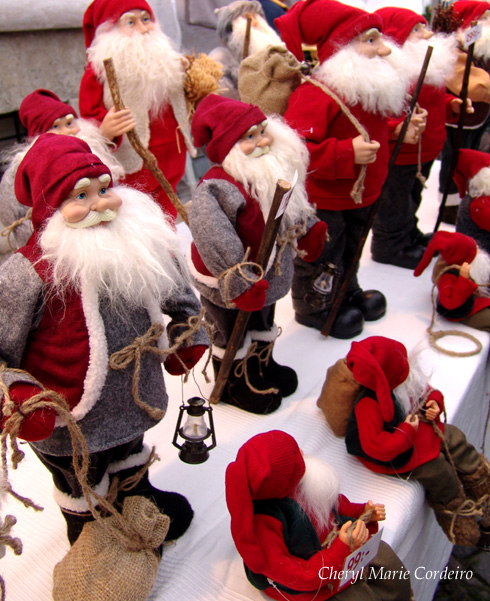 In red and grey.

Tomtes and other handcrafted decorative objects in wool that reflect the snowy weather in Scandinavia, are psychologically warming to the senses. Several tomtes and woollen objects sold as hotcakes, as I stood contemplating the figurines. 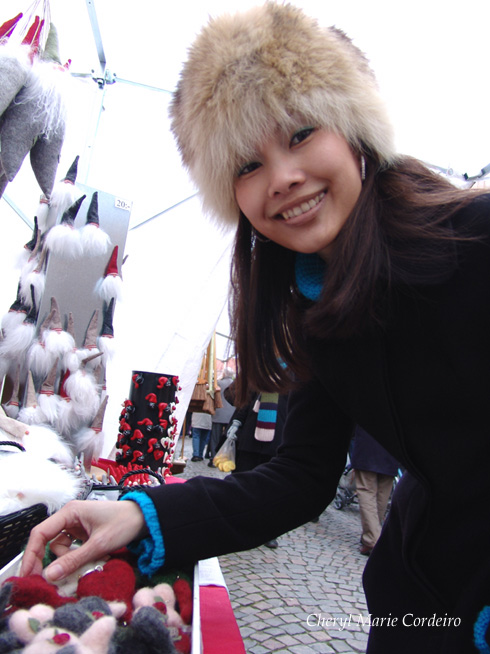 Apart from helpful elves, here, I was looking at woollen brooches in the form of hearts. 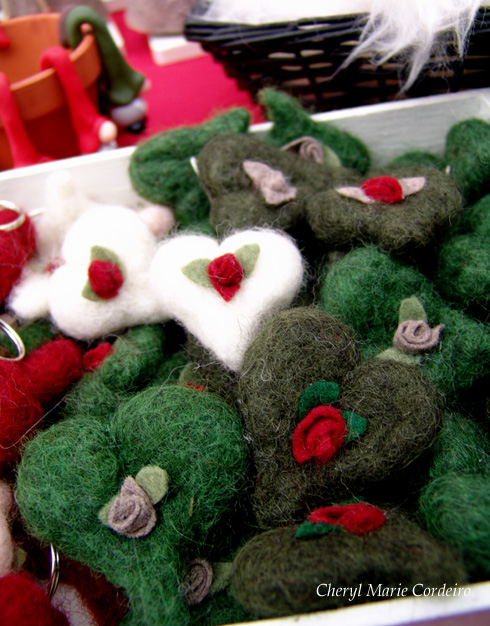 These brooches could be pinned on hats, gloves, coats, bags and even onto a giftbox wrapped in string. Perfect for the sending off of some heartfelt warmth in a package!