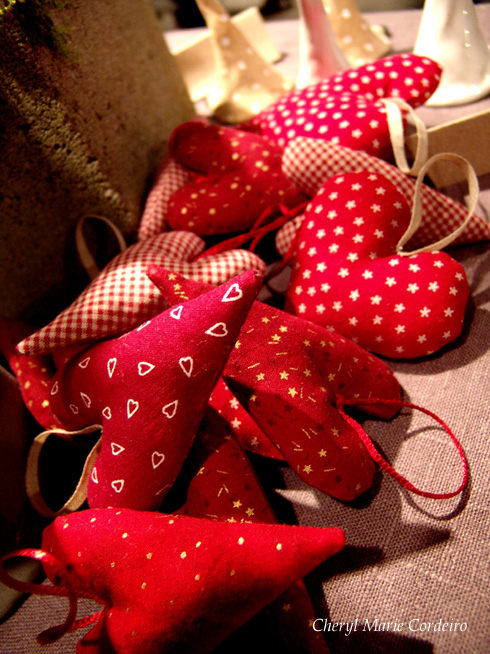 Kronhuset in the true middle of the old City of Gothenburg, being a 17th century armory, is in itself a place-of-interest for most tourists. Built in Dutch style this was where all artillery and other military supplies was kept for the defense of the City of Gothenburg. Eventually it occasionally did came in handy, but that is a different story. Today, Kronhuset is both museum and a concert hall, owing to its pillar free groundfloor construction that lends ample space for it to be used for most any event. 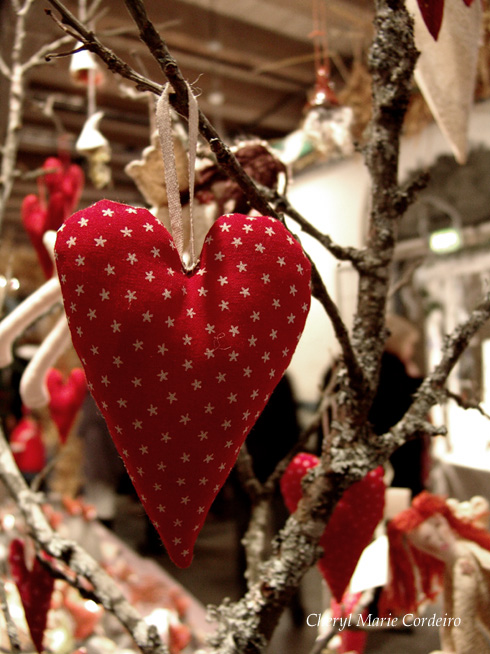 There are several year-round tenants of the place, everything from a glass workshop, a café, an interior design company, to a chocolate store that sells handmade candy and chocolate truffles. So come Christmas season, this place is transformed into a bustling Christmas market, with all activities taking place within its compounds of the East and West wings of the main building. 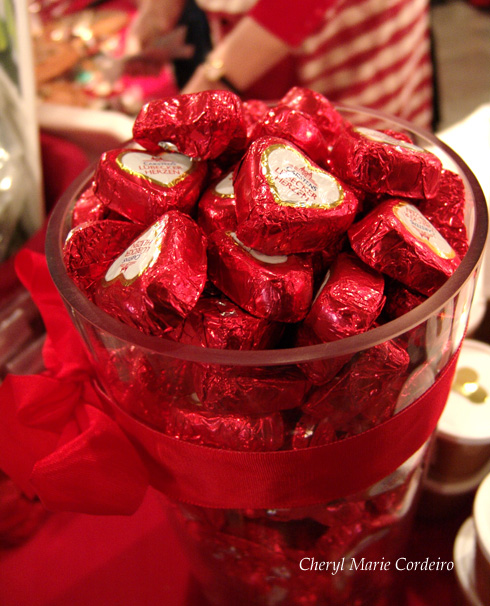 Kronhuset’s distinguishing trademark is Swedish handcrafted work. Thus, it is all things handmade that take centrestage when this place welcomes visitors to its Christmas market. 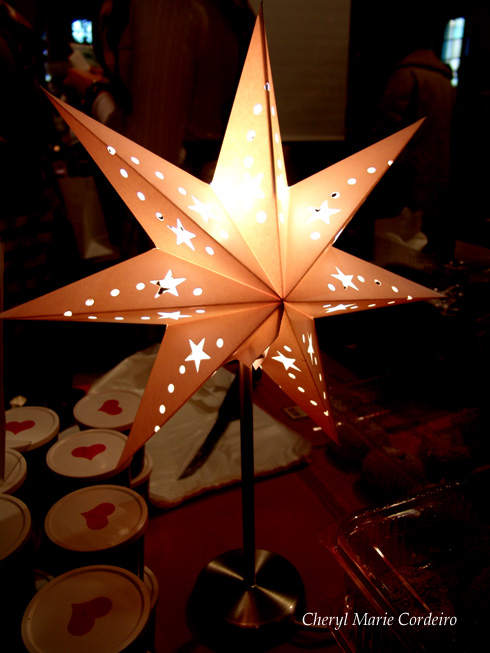 The Christmas market stalls are housed the main building, recognizable by being the construction that is about a century or so older than its surrounding constructs and the one that is largest in size. 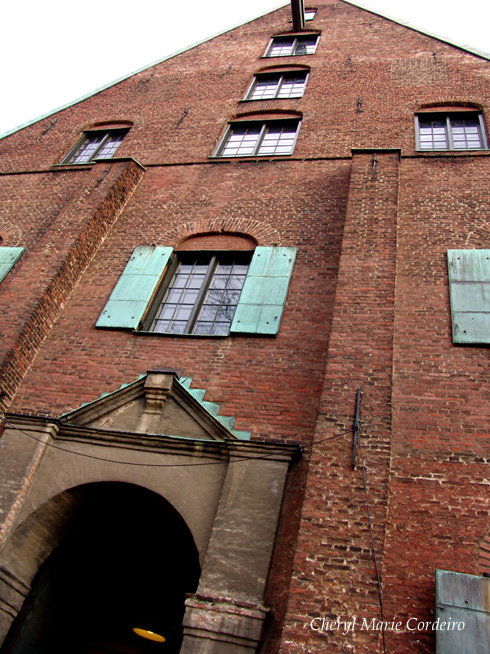 The rust red colour of the walls of the entrance to Kronhuset.

The picture below shows how the second floor of the building is entirely strung to the upper floors and ceiling, creating a pillar free ground floor used to store the largest of artilleries during the 1600s. 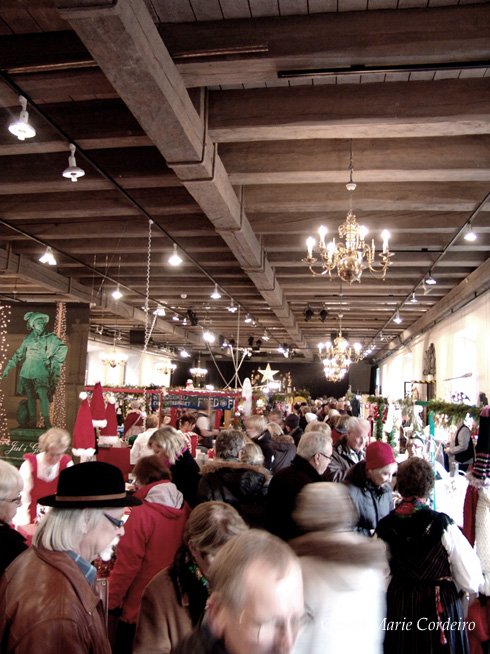 The ceiling of the ground floor is suspended, allowing for a pillar free space for storing artillery in the 1600s, and today, space for large events. Liv in her Norwegian traditional dress. In my hands, a basket of pin cushions handsewn by Liv and her friends.

In the walkabout, I met Liv Havström with her group of friends. Liv is Norwegian by heritage, who knitted and sewed many of the items displayed at the stall she was tending. Liv’s stall, displaying warm knitted wear made by herself and her friends. This place isn’t only to acquire handcrafted goods as Christmas gifts, but also to source some raw materials of your own. A stall further down from Liv’s (who stood near the entrance of the place), sold dyed wool that needed to be spun into threads if they were to be used for crocheting or knitting. The colours were absolutely alluring and I thought some of the wool would make wonderful scarves and shawls for the winter! Having meta-fun, boys in blue selling hotdogs from a vintage military equipment.

Outside, boys in blue uniform sell hotdogs from what were previous military equipment. I’m delighted that they’ve upped the ante this year too, where previous years, it was only one plain clothes person manning this hotdog stand. It felt completely royal to be handed over a hotdog by a man in uniform! This Christmas market is a recommended place to visit this season – festive, creative and downright delicious with the small chocolate workshop standing in one corner of the square – it’s a market for both children and adults alike. The julmarknad runs till the 13th of December, which marks the Lucia celebrations in Sweden.