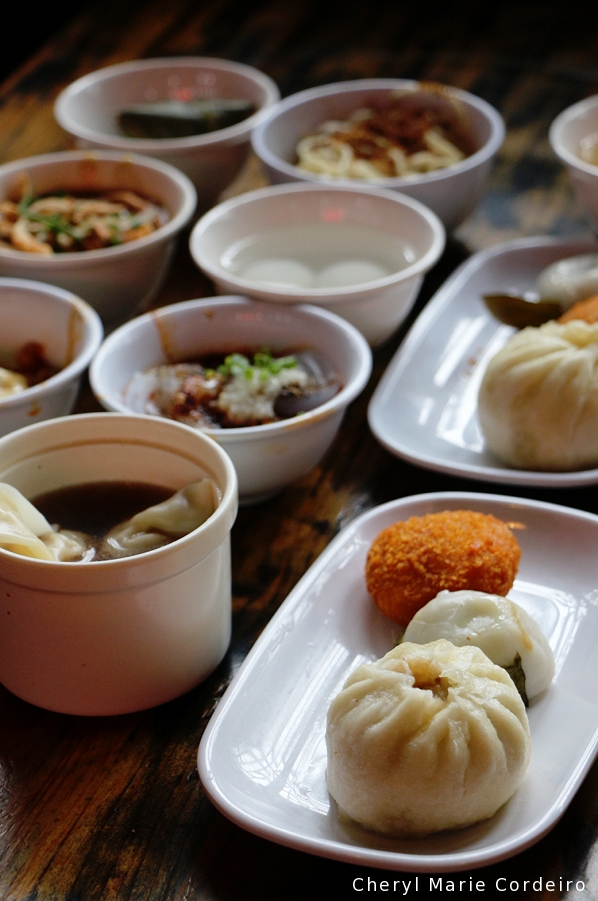 Served in the tea house, across the road from the Manjushri Monastery, Chengdu.
Text & Photo © JE Nilsson, CM Cordeiro, Sweden 2015

The grounds of the Zhaojue Temple and the Manjushri Monastery are vast. In both temple grounds, one could easily make a small pilgrimage, pit stopping at the numerous separate buildings housing separate halls for different prayer or contemplation purposes.

At the Zhaojue Temple, in one such hall, I took off my shoes and laid them neatly by the side of a cushion that was covered in silken cloth, for kneeling. I then placed the camera I had next to my shoes and sat seiza, focusing my attention not on the two storey high golden buddha statue in front of me, but rather on the small, slow dancing neon coloured lights of the lotus shaped lamp on the altar table filled with loquat. With the burst of colours in the contemplation halls from Buddhist yellow cushion covers to pink plastic flowers, red altar candles and golden statue, anything short of neon was an inadequate attention grabber.

In the minutes that I sat, a stream of individual worshippers came and went. It seemed customary to first, have a handful of incense sticks to place in the incense cauldron after prayer, second, to bow low from the waist in prostrate at least three times to the buddha statue, and third, to donate a token sum of money into the money box, in front of the loquat filled altar.

In the hall were two elderly nuns who sat chatting animatedly with each other as worshippers streamed in and out of the hall. Their duty, was to strike the temple gong in accordance with each prostrate of the worshipper. At some point in time, there were more than three worshippers in the hall, all of whom were prostrating at different times. During this time, the nuns decided it was alright to strike the gong intermittently, in syncopate, one time even missing striking the gong completely whilst conversing with each other.

After counting twenty-four sounds of the gong, I decided that I had received all that the lotus shaped, neon coloured lights could reveal to me. So I bent to pick up my camera from the ground (and noted that the gong was not sounded on that account), and raised from my sitting position to put on my shoes. I had already stepped out of the hall when one of the nuns ran after me. She spoke the language of Chengdu, switching to Mandarin only after I had told her that I spoke no Mandarin, in Mandarin.

“I saw that you had a camera, so you must love taking pictures!” She gushed, and from under her monastic robes, she pulled out her Samsung phone, swiftly swiping the screen to bring up photos that she took herself of her latest travel.

“Here!” she said, “I love taking pictures too! And I take them with my phone.” I smiled at her enthusiasm. “These are from my latest travel to the sacred mountains of Huangshan in the Anhui province. You know Huangshan mountains?” she asked me. I shook my head, “No I have not been there before.” I said. Her eyes widened, “It’s very beautiful” she said, and then proceeded to show me pictures that rivalled any National Geographic photographer’s work. Although pretty, after picture number ninety-four, seeing that there were at least three hundred more to go, I politely told her that I had to go get something to eat, having not eaten the entire morning. She then directed me to the tea house inside the temple grounds and suggested I try a warm chrysanthemum tea.

But it was not the tea house at Zhaojue Temple that I ended up in, rather, my cup of tea was found in the tea house located across the street from Manjushri Monastery.

Situated alongside an old shopping street, the tea house at Manjushri Monastery served some of the heartier Sichuan dishes in modest portions. With a neatly pleated steamed bun stuffed with savoury pork in hand, and a warm cup of tea placed on the dark rosewood table, I couldn’t help but warm towards the philosophy of monastic living, where hours of contemplation are seamlessly woven into hours of reading at the tea houses, of conversing with friends over good food, and the use of modern technology to capture it all with a press and swipe of a thumb. 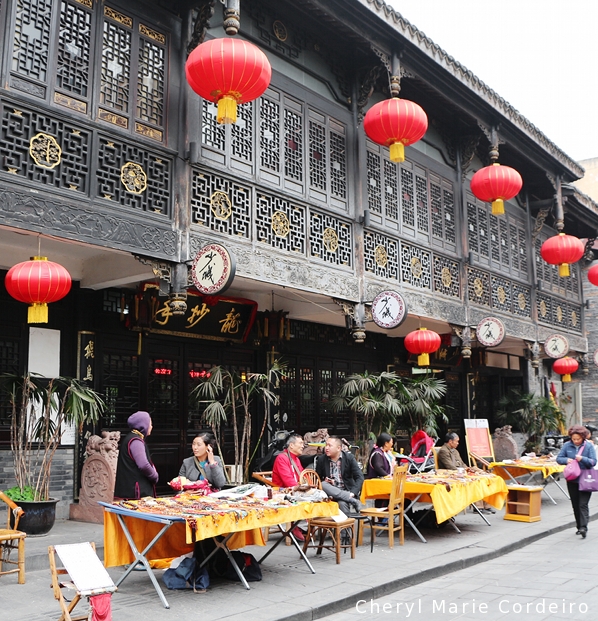 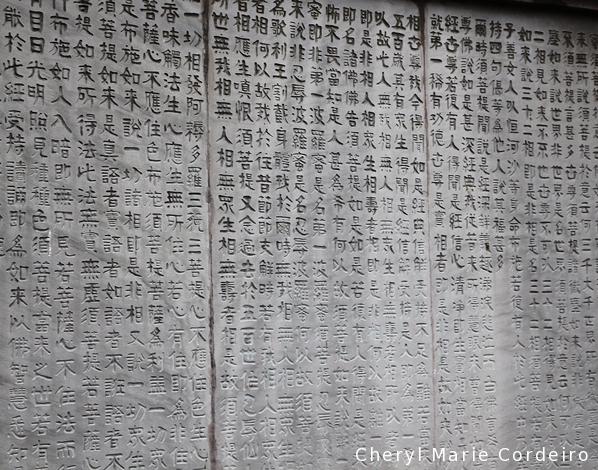 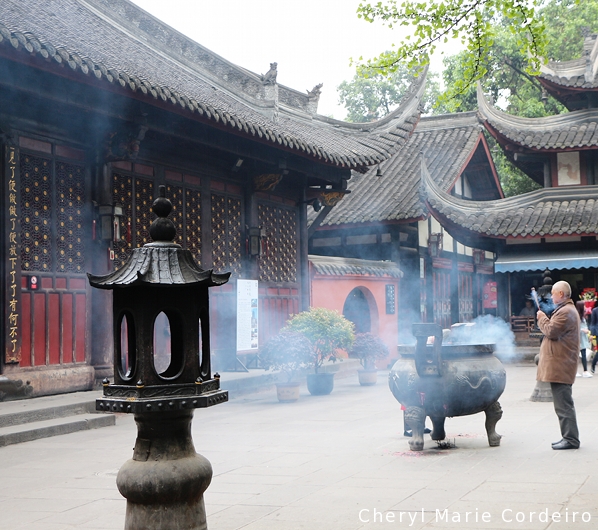 Rice is strewn on the temple grounds for the birds, at Zhaojue Temple. 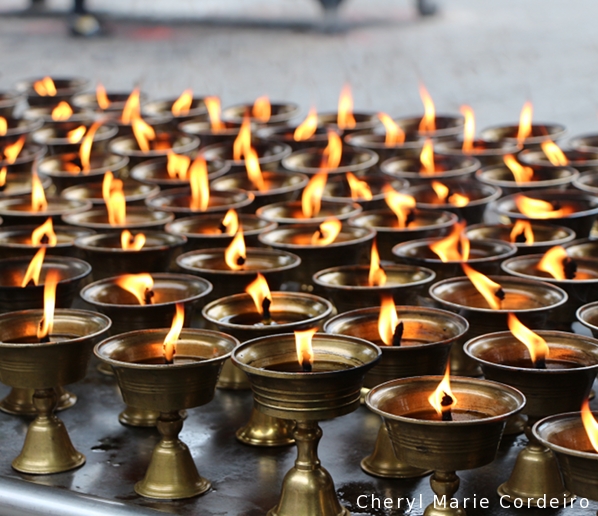 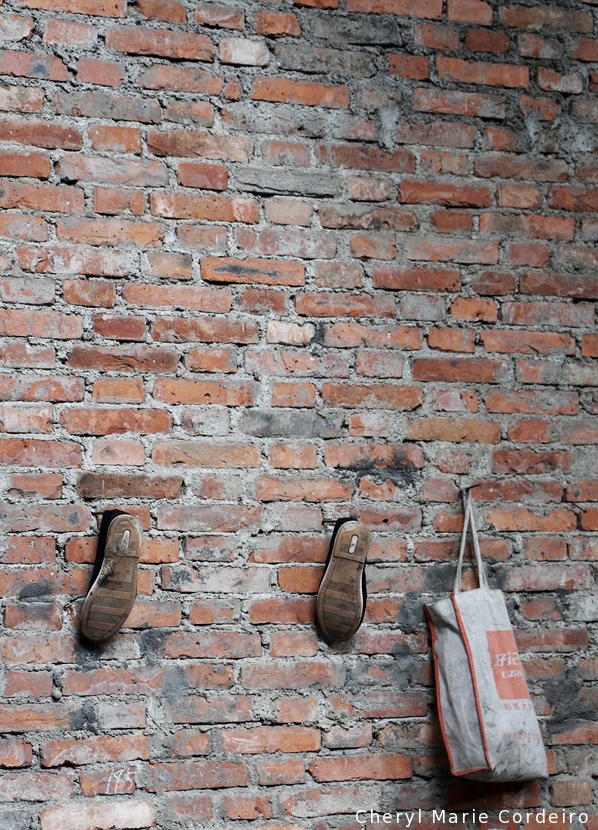 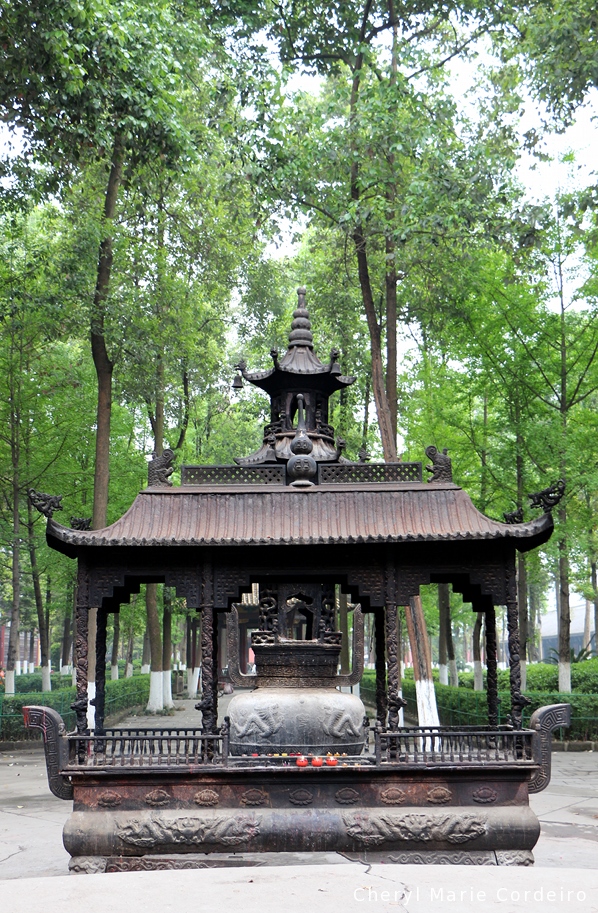 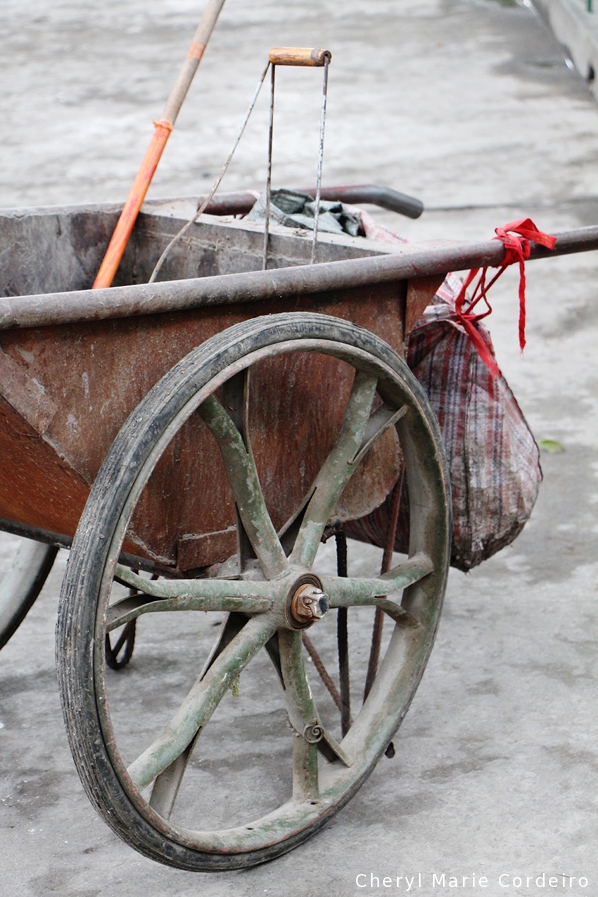 Reading at the tea house, at Zhaojue Temple.