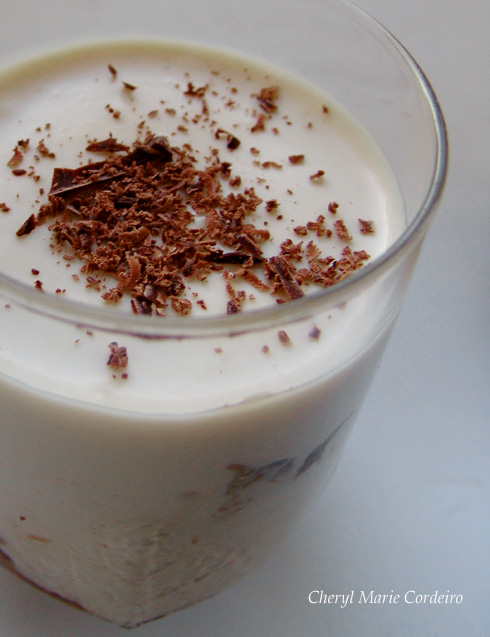 It was in Venice slightly more than a year ago, that I really fell in love with Tiramisù. It came as a wobbly cake served in a backlane restaurant of the labyrinth of Venice that would have been difficult to locate, if not for the recommendation.

Although many would today experience Tiramisù in the form of a cake slice, this Italian dessert had its beginnings during the 17th century in Siena, a northwestern Italian province of Tuscany, when the Grand Duke Cosimo de’ Medici III (1642-1723) had a somewhat similar dessert during his visit there in a custard consistency.

After making this dessert several times over, both in cake form and a more custard form, I’ve now settled for my favourite variation – served in a cup sans Marsala wine. 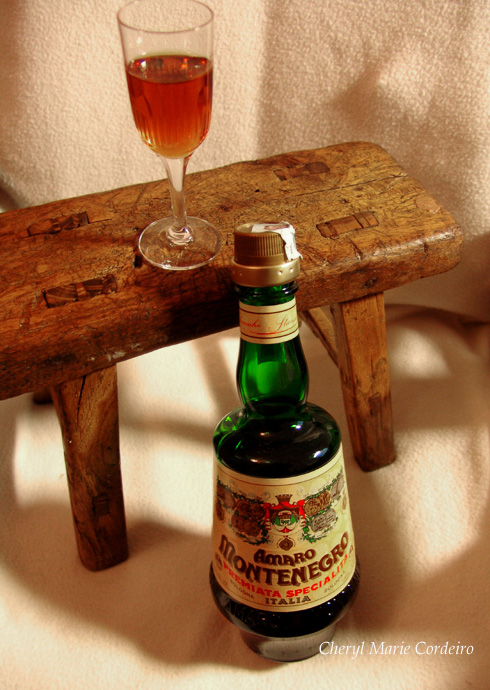 Distilled in Bologna, Italy, this bitters contains 40 herbs that include vanilla and orange peels.

With mascarpone cheese being relatively pliable when it comes to taste, Tiramisù gets most of its flavour from the liquour and savoiardi soaked coffee. And what I’ve found quite complimentary to the mascarpone is Amaro Montenegro bitters, both in the coffee that soaks the biscuits and in the whipped mascapone filling. 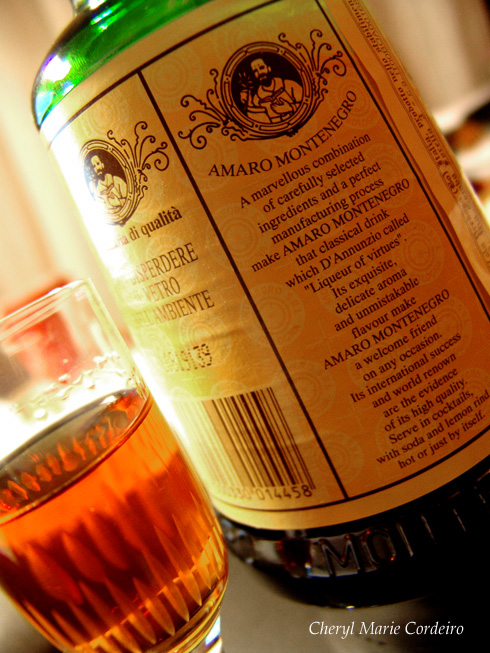 This popular after-coffee drink was first produced in the late 19th century and named after the Princess of Montenegro.

Incidentally, it was also in Venice that I first tasted Amaro Montenegro. It was after a long evening’s walk around the Piazza San Marco that we found ourselves tired but not quite ready to retire. A cozy bar by one of the canals beckoned and we were soon settled into woven summer chairs by a slight evening breeze. We hadn’t had a clue what to order and it was here that the waiter recommended that we try Amaro Montenegro. While the first impression of this was its distinct bitterness, this had all but disappeared now and I find myself appreciating its distinct flavour not in the least because of nostalgia. This liqueur is quite versatile and for more cocktail ideas, you could visit the Wine Dine Guide Magazine and get in touch with Raffaele De Gennaro, who is writer for the magazine. 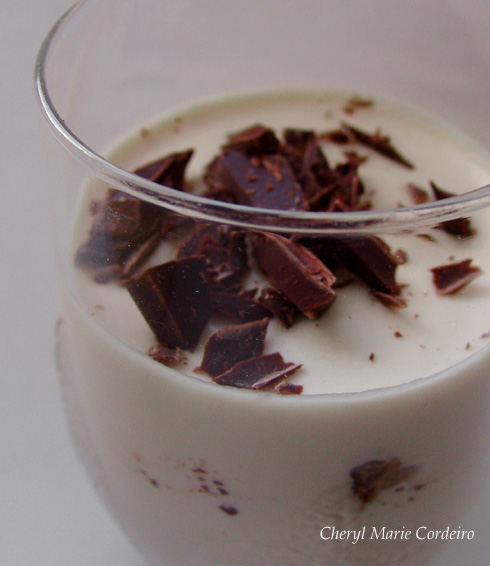 There are a great many recipes to Tiramisù if you were to look for them and one of the most comprehensive and easy to follow is from What’s cooking America. Below is my own variation of the recipe:

What you’ll need to prepare

Preheat oven to 185 C. Butter a baking tray and dust over with breadcrumbs, getting rid of the excess that doesn’t stick to the tray.

Combine the corn starch and sifted cake flour in one bowl and in another, beat the egg yolks with 1/4 cups sugar.

In a third, large bowl, whisk the egg whites until stiff, then incorporate the remaining sugar. Fold in the egg yolks, the egg whites and the flour mixture.

Spoon the batter into a pastry bag fitted with a 1/2-inch plain tip. Pipe 5-inch long strips of the batter, about 1-inch apart, onto the prepared baking tray. Let the batter strips sit for 1 to 2 minutes and then dust the strips with sifted powdered sugar. Bake for approximately 10 minutes.

Remove from oven and leave on the baking sheet for approximately 5 minutes before placing them on a cooling rack. This makes Makes approximately 20 to 25 lady fingers.

To make the espresso coffee that adds to the mascarpone.

Simply combine all the above ingredients in a cup and set aside till ready to use.

To make the mascarpone filling.

Over low heat, whisk the eggs with the sugar till it stiffens slightly, but not till it becomes scrambled (some other recipes might even call for the use of raw eggs). Whip the cream and then combine all ingredients till the mixture is smooth, creamy and of an even consistency.

Pour in the espresso coffee laced with Amaro Montenegro into the mascarpone batter.

Tiramisù in a cup is fairly easy to create since the shape of the cup holds it all together, beginning with a bottom layer of soaked biscuits, alternating with the mascarpone filling. The cocoa powder or shaved chocolate goes inbetween each layer. Once you have about three or four layers, depending on how tall your glass is, then they’re just about ready to go into the refrigerator. Serve after a minimum of 4 to 6 hours in the refrigerator with toppings of cocoa powder, shaved chocolate or chopped chocolate bits. 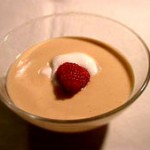