Stream of consciousness: An evolution 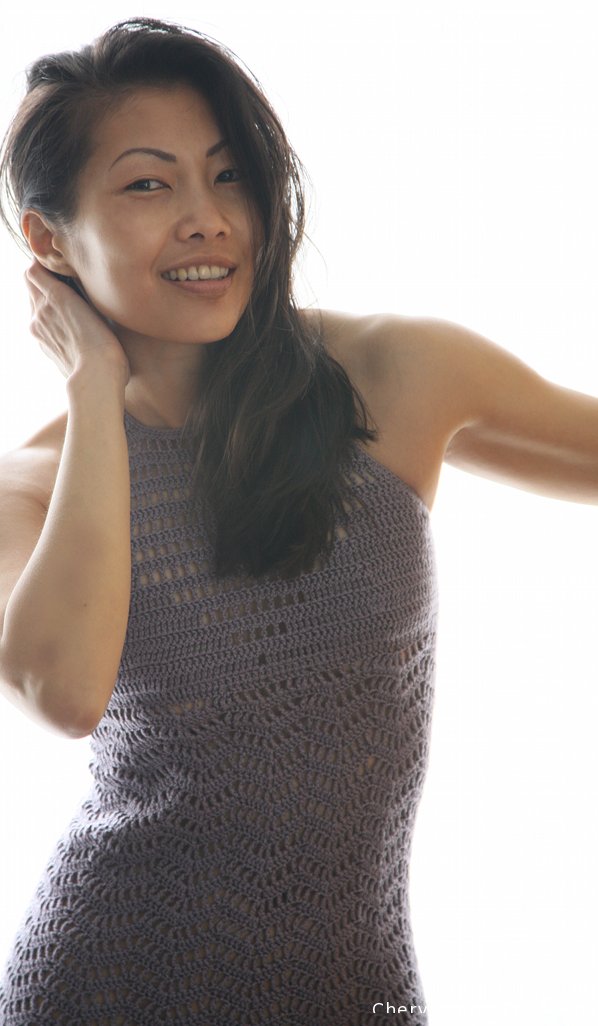 In a crochet halterneck T-back dress made by my mother, Rita Yong Cordeiro.
The dress was made in mid-1990s.
Text & Photo © JE Nilsson, CM Cordeiro, Sweden 2016

For as long as I can remember, my mother crocheted. Well, yes. She had made her own wedding dress a whole two years before I was born. Thing is, having handcrafted frills of dresses since baby in arm, I never really thought about the rarity of the skill of the producer or rarity of product/s as such. That I had access to these time-consuming handcrafted clothing made by my working mother from the time of my Christening till when I graduated with a doctoral degree was something I had quite taken for granted.

I read in Richard Feynman’s 1985 self-biography [1] that whilst at MIT, he had to take mandatory humanities courses, of which one of them was philosophy. He got deathly bored during philosophy classes that having happened to be in possession of a small drill, about one-sixteenth-inch, he made holes in the soles of his shoes by twisting this tool into the sole of his shoes, week after week. Apart from “wugga mugga mugga wugga wugga” from Professor Robinson who was trying to teach philosophy to Feynman as one of his students, the only words that Feynman got out of these lectures were “muggawuggastreamofconsciousnessmugga wugga” [1:47]. So he took that as theme for his philosophy term paper and for four weeks, tried to observe his stream of consciousness on what happens in his thought activities just prior to sleeping. Feynman said he noticed plenty of subsidiary things that had little to do with falling asleep such as thinking by speaking to himself internally, and visually imagining things. It dawned on him, “Then, when I was getting tired, I noticed that I could think of two things at once” [1:47].

As it happens, philosophy was my minor in my undergraduate years spent at the National University of Singapore (NUS). Stream of consciousness and the raising of consciousness was not a theme for a term paper but rather a way of survival through most humanities course work for most of the undergraduate as well as post-graduate years. So perhaps it is not too strange that what Feynman had observed of the activity of the mind just prior to sleep has in my case, taken an extended turn when waking consciousness becomes part of what makes my own interweave of reality.

Between all handcrafted items my mother had made for me, what I have observed is my own evolution of mind and understanding of what it is to have and to have access to, artisan products from when I was younger till today, illustrated in the (approximate) snippets of conversation below.

[snippets of conversation on crochet wearables]

§1: So you want me to make my own wedding gown design for you for your prom night dress?
§2: I guess so.
§1: Follow the same pattern exactly as in the pattern instruction? In white?
§2: Uhm… I guess. Yah, white. But I don’t like the 1970s type bell sleeve. Can that be changed?
§1: Can, but changes take time, because I have to recalculate the stitches. If you can give me more time, then okay. When is your prom night? What date is it?
§2: I have to check, … a few weeks from now? Three weeks maybe?
§1: < nods her head in acknowledgement >
§2: Can you also have the border pattern repeated higher in the dress? I think it’s pretty like that. And yah, just no 1970s bell sleeves okay?
§1: < nods her head in acknowledgement >

§1: That blue top is mine, it’s from when I was younger, more than thirty years ago already!
§2: Wow! Thank you for giving it to me. I don’t mind having it in another colour. But only if you have time doing it. You don’t have to, I know you get tired, and you’re working.
§1: It’s okay, I can do for you. What colour do you want?
§2: I was thinking white-ish. Grey is fine. Or, any other colour that inspires you. // Okay, I think you pick the colour.
§1: And the buttons on the blouse?
§2: I think I’d like for you to pick out the buttons too. Whatever inspires you. I’m really happy you’re making one for me if you have the time… you don’t have to. < @ >
@ The blouse was done just about two weeks after the conversation.

This awareness on my part could have perhaps been influenced by an understanding of today’s advancements in technology where home / proximate manufacturing is becoming increasingly feasible. Products can be acquired detailed specifically to individual likes and purpose, at ever lowering production costs [2,3].

The idea that customised manufactured goods might one day become ubiquitous seems to already be taking hold in Sweden’s stream of consciousness. Walk into any vintage boutique and there is that something extra to pay for when acquiring handmade goods. If this were a piece of clothing, you’d only have to hope that the item fits if you want a wearable that no one else has, price immaterial.

Between myself, my mother, and the crocheted wearables that she continues to hand over to me till today, the stream of consciousness and evolution in thought is a little more complex.

Part of my life’s journey is to get to know my parents as people, their likes, their dislikes, their motivations and to discover their personalities as individuals outside of the parent-child hierarchy. To that extent, a piece of crocheted clothing handed to me today, whether for my own use or as an item for keeps, carries with it not just the luxury of time, knowledge and skill of another individual spent producing the piece of clothing, but rather, it carries with it the maker’s own stream of consciousness made concrete. Every tension of every stitch felt, every geometric pattern an uncovering of that individual’s thought and every piece of finished clothing, a narrative of that person’s life intertwined with my own. In this case, my mother’s.

And it is this being able to grasp and feel a stream of consciousness where for the longest time in my university years remained as an abstract concept, is my own luxury of today, in pieces of personalised crocheted wearables. 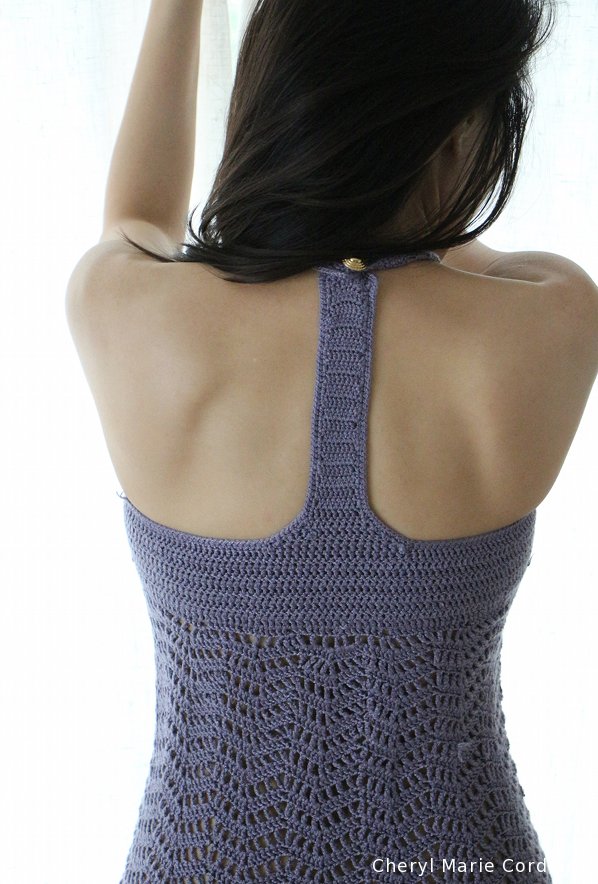 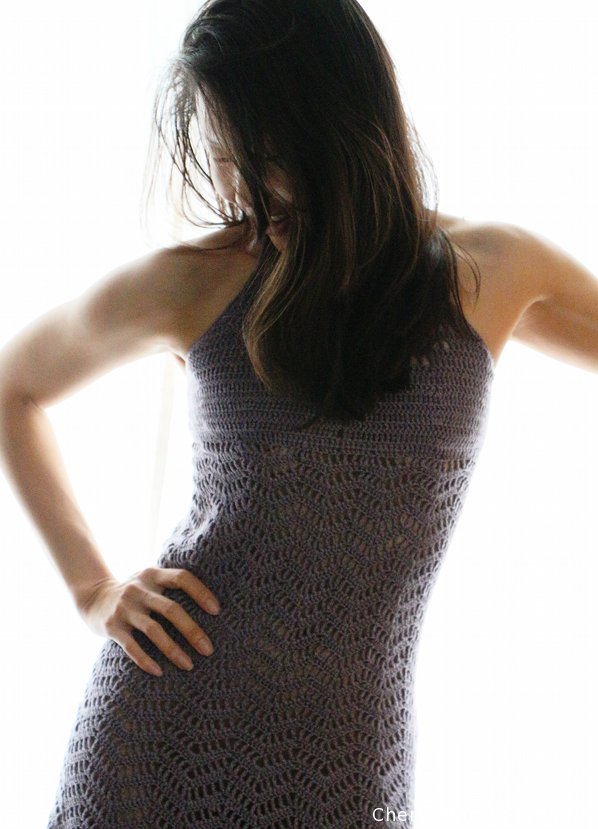 Eggshell blue and spring florals in a dress, Easter 2020