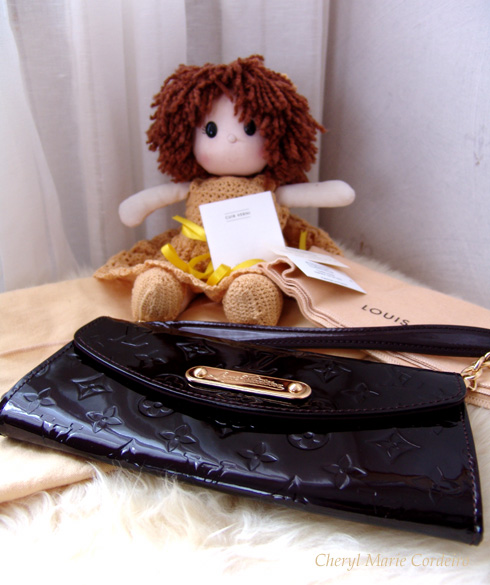 Despite its possible colour transfers, Louis Vuitton’s Monogram Vernis range continues to be one of my favourite for materials used in wallets and bags because of the rotating range of colours and soft embossed logos on patent leather. Patent leathers are also generally versatile, being able to take you from casual to formal with a switch in clothes. 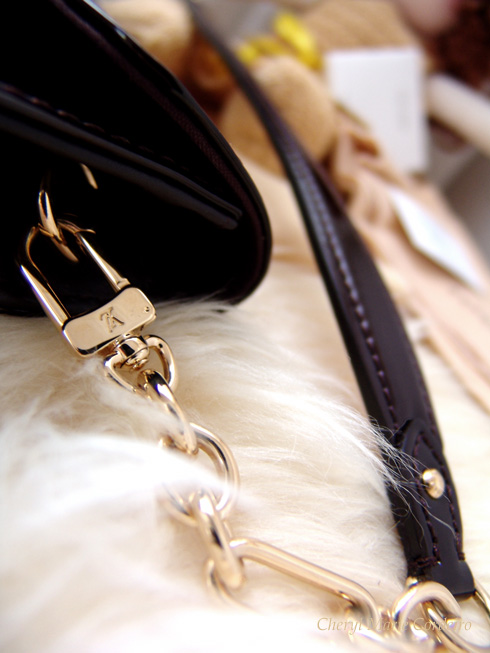 The Monogram Vernis line was launched in 1998 by Marc Jacobs for Louis Vuitton beginning with several baby soft colours, one of which was the highly sought after Marshmallow Pink. And as rotations go, those in love with the Marshmallow Pink need not despair as the current Rose Florentine is a close match, it being slightly more a nude shade of pink compared to the Marshmallow Pink. 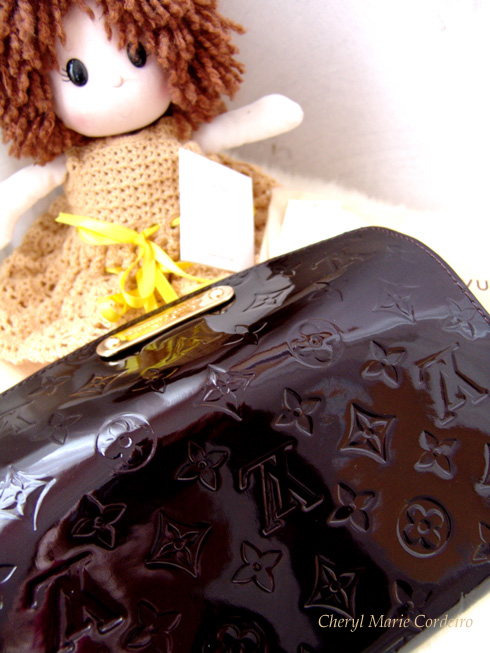 Amongst other new Vernis colours, the Sunset BLD (Boulevard) launched about three years ago in a gorgeous and very much appreciated deep aubergine called Amarante. It’s a day to night bag that works as a wallet and a slim clutch bag in one, with a detachable gold shoulder strap to complement your outfit. 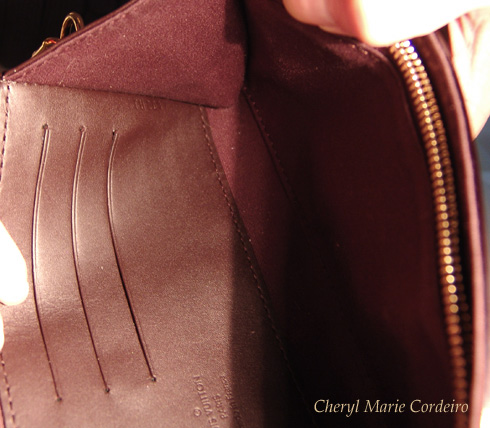 6 credit card slots and a zipped pocket for coins. 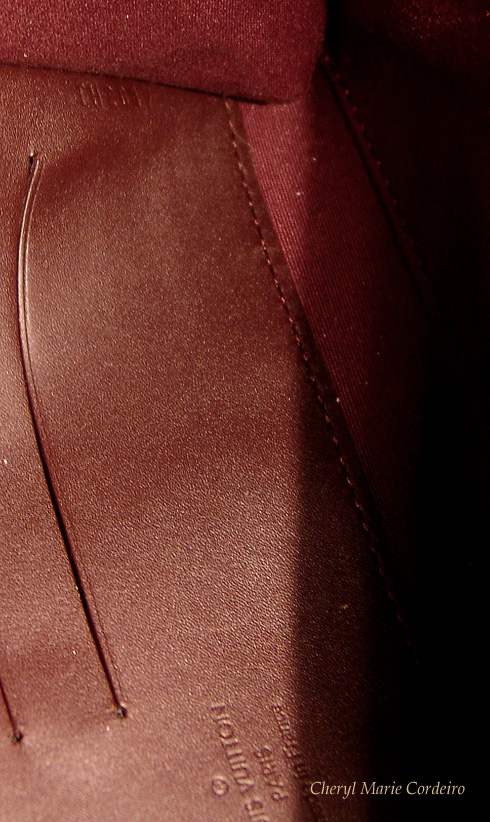 As an evening bag, it is slightly more spacious than Chanel’s East West Travel Line flap bag, the inside of Vuitton’s Sunset BLD features 6 credit card slots and a zippered pocket for coins. In the main compartment, there’s room for a slim mobile phone, some make-up such as lipstick / lipgloss, keys, a pen and a packet of tissue wipes. 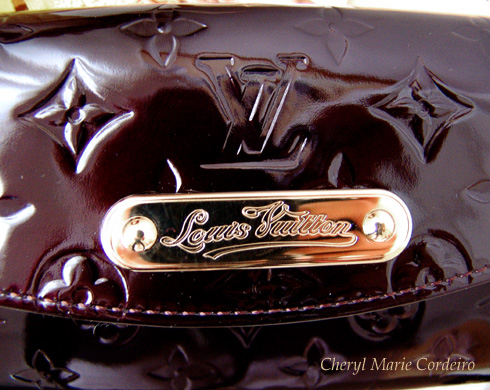 Gold metal plate on the front of the bag.

With the Amarante, what could be a hassle is how the Vernis leather needs to be wiped down ever so often when carrying because it’s prone to finger prints and grease from your hands showing after handling. Still, the bag is visually pleasing with clean elegant lines so that despite fingerprints on the patent leather showing, you’re not going to want to put it down during the mingle session of the party. 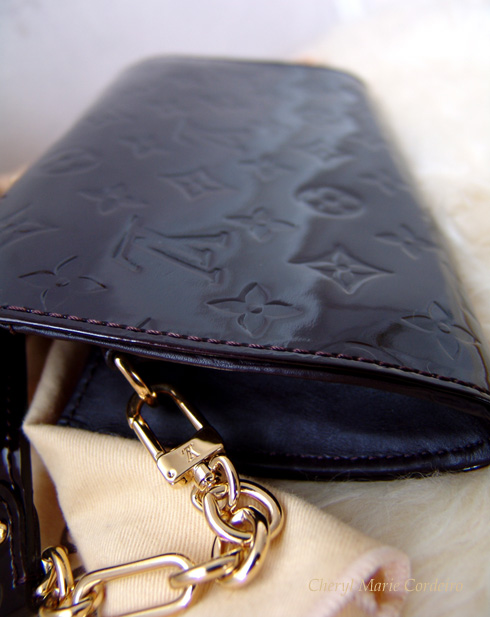 Long lines and sleek, this bag is large enough to carry your evening needs.

All in all, not a bad choice of a small bag to carry to dinners, the dark, elegant versatility of the aubergine also means that it won’t overwhelm your outfit screaming for too much attention.